Q&A with blues troubadour Pete Thelen - the Blues have always been a part of his life, pushing his limits and ours

"Make the best of the situation you’re in. Keep an open mind. No matter how many miles you travel, it’s a small world after all."

A few years after the Second World War, Pete Thelen was born into the American Midwest’s cradle of blues: Chicago. He spent his first seventeen years there, listening to rock and roll and raising a bit of hell, before leaving home to join the Army. Thankfully, Uncle Sam sent him to Germany, and he got his first taste of the wider world that would come to influence so much of his life and art. When he came back, Pete started his music career as part of the Here After, with a few old friends from his hometown, Wheaton, IL: Dean Reber, Chuck Parsons, and Dave Lamkey. But after chasing the dream, life intervened, with its marriages, children, and responsibilities. So, he hung up his microphone, traded it in for a briefcase and a more respectable wardrobe, and found himself building a hospital in Riyadh and managing skyscrapers on Michigan Avenue. 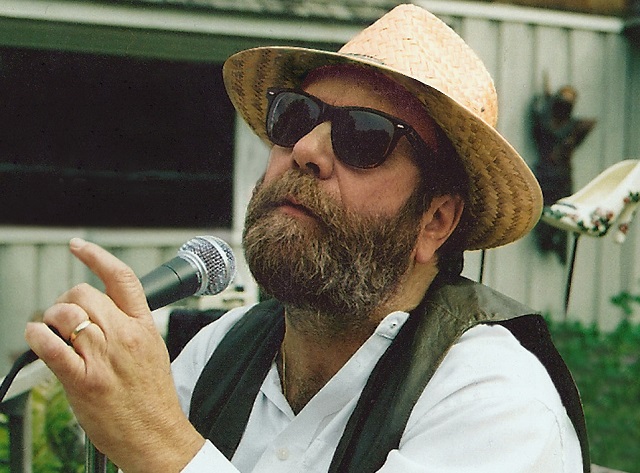 But the songs in Pete’s head didn’t fade, and he started writing and producing music as part-owner of Crystal Recording. With the studio’s co-owner Charlie Prazma, Pete co-wrote “Welcome Home,” honoring Vietnam Veterans. Chuck Britton at WLS in Chicago featured the song as part of the POW/MIA campaign in the 1980’s. And then, when life brought him to Arizona, Pete embarked on the next step in his musical journey. By forming the Blues Dinosaurs with his friend Greg Sheldon, Pete began singing some of the world’s greatest songs, elemental blues songs written by the giants of the genre: Screamin’ Jay Hawkins, Muddy Waters, B.B. King, and so many others. Still, Pete wanted to bring his own songs to life. So, he started the Blues Today project, recording an album with long-time friend and collaborator Mike King, then two more, with a wide range of artists. But as it has been in his life, so it is with his music: Pete’s wanderlust sent him on another journey. Travels to the Edge finds Pete pushing his limits and ours, inviting us to journey with him, outward to Europe and New Orleans, and inward, into our hearts and dreams. He has been taking those journeys his whole life and he’s back, Marco Polo, map and notes in hand, ready to share. Given everything he’s shared with us before, and the long strange trip it’s been, nobody should be surprised. On March 10th for his 71st Birthday, released the album is titled “Best for Last”, some old, some new: the Blues. It’s comprised of 12 songs, 6 recorded by other artists, and 6 by Pete.

At a very young age I had wanderlust. I dreamy of being a traveling minstrel. Over the years those dreams have come true. I lived in Europe for 2 ½ years, in the Middle East for 7 months, and traveled extensively through the US, Canada, Mexico and Columbia, South America. Through music I had the opportunity to meet a lot of incredible human beings. It just underscores my belief there are good people everywhere you go.

I titled my first three albums Blues Today. I guess I’m asking to those who listen, keep an open mind. I was born in Chicago in 1949. The Blues have always been a part of my life. I like to experiment with different instruments that are not always associated with the blues including the accordion, cello, and baritone. When I write, it usually starts as a poem. If a melody grabs me, then I go with it, and it evolves into a song. The topics include love, relationships, and whatever strikes me. 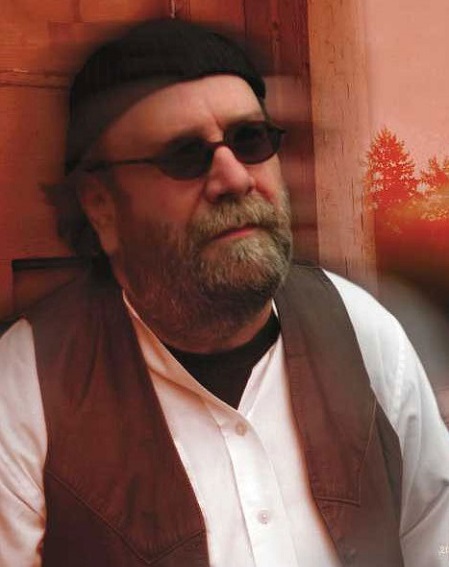 Hands down Chico Chism. Over the years Chico introduced me to more Blues Legends, the likes of Pinetop Perkins, Hubert Sumlin, Buddy Guy, and Nappy Brown.  Also Chico, “No Fool, No Fun”.

"I’ve marked important times in my life to music by what I was playing, or who I was listening to at that time. I hope my music touches people on every emotional level."

Countless. The Blues Dinosaurs were backing up Chico at a Blues Fest in California. Lester Chambers of the famous Chambers Brothers Band was on the bill and we hit it off. I asked him to come over to Phoenix, AZ., where I was living at the time, to play some gigs and record one of my songs, he said call me. I did six months later, he and KK Martin his guitar player came over, played three gigs and he recorded “Wind up from Mexico” in one take.

Primarily the passing of so many legends. There are so many talented young Blues players coming up, I really don’t have any fears. As long as there are people they’ll be the Blues.

Chicago, Arizona, NOLA, WI, etc. What would you say characterizes the various local US blues scenes?

Firstly, they all have great Blues scenes. Being born in Chicago, I’m quite partial. A highlight for me was playing with my friend, a music partner of 35 years, Mike King at “Ground Zero” in Clarksdale, Mississippi.

Make the best of the situation you’re in. Keep an open mind. No matter how many miles you travel, it’s a small world after all.

I’ve marked important times in my life to music by what I was playing, or who I was listening to at that time. I hope my music touches people on every emotional level.

The heyday of the Blues scene in Clarksdale, Mississippi when Robert Johnson was playing. Hit all the Juke Joints and Barrelhouse.