Q&A with Canadian-born guitarist, singer, and songwriter Gary Cain, one foot planted firmly in the blues, and the other foot planted in seemingly everything else.

"I think music is a great way to communicate your perspective to the world, but I think it probably best reaches one person at a time. Interpretation and enjoyment of music is very personal, and what one person gets from a song might be totally different from someone else."

Gary Cain is a Canadian-born guitarist, singer, and songwriter with one foot planted firmly in the blues, and the other foot planted in seemingly everything else. The foundation of his virtuosic style was laid via marathon practice sessions as a youngster in his parents’ basement. Long days poring over the musical styles of blues legends gave him a deep respect for the music, but he’s not beholden to it. Cain’s music career eventually led him from the blues clubs in Canada, to a 6-nights a week gig in Dubai in the house band of the largest nightclub in the emirate at the time. Playing cover tunes paid well, but eventually saw Cain return to Canada burnt out. The shutdowns and tour cancellations of COVID saw Cain return to the woodshed for marathon days of practice and writing, culminating in his second album, “Next Stop,” released in May 2022. Written and recorded in Austin, Texas, the album sees Cain’s seat-of-the-pants guitar playing, strong songwriting, and stylistic diversity on full display. 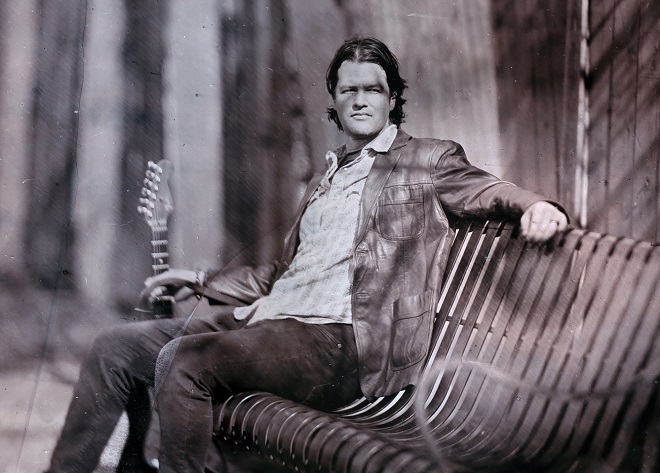 In 2016 Gary placed fourth in the world in the blues category of Grammy Winner Lee Ritenour’s Six String Theory guitar competition, judged by such greats as Joe Bonamassa, Ry Cooder, and Joe Satriani. In 2018 he opened for George Thorogood and the Destroyers and was a semi-finalist in the 2018 International Blues Challenge in Memphis. He has played at festivals and clubs across Canada, the USA and Europe.

Playing music has allowed me to travel to places I might not have otherwise and meet people from many different cultures. I think the thing when you meet people in the context of being fans of the same kind of music is it makes it very easy to strike up friendships. There’s a bit of a rebellious spirit at the heart of a lot of blues-rock music, and I think that attitude has helped me see the value in doing things my own way, taking chances, and taking risk, both musically and career-wise.

I think no matter what I play I try to make sure it’s played with genuine feeling - whether that’s anger, sadness, joy, defiance, or even humor. Anything I feel I try to express musically. When I play live, I love to improvise and be in the moment rather than play a song or solo in exactly the same way as I did the last time. I don’t like to play it safe, I’d rather go for it, push my limits, and be open to the unexpected. The biggest challenge sometimes is to just get out of your own way. My favorite players are the ones that really push the edges and fly by the seat of their pants, and that’s how I try to do it.

As far as songwriting, I try to write from my own personal experience and observations. I think it’s important that the lyrics and music are both aligned in theme and mood, and that the song brings something new rather than just ticking boxes of a certain genre or style. 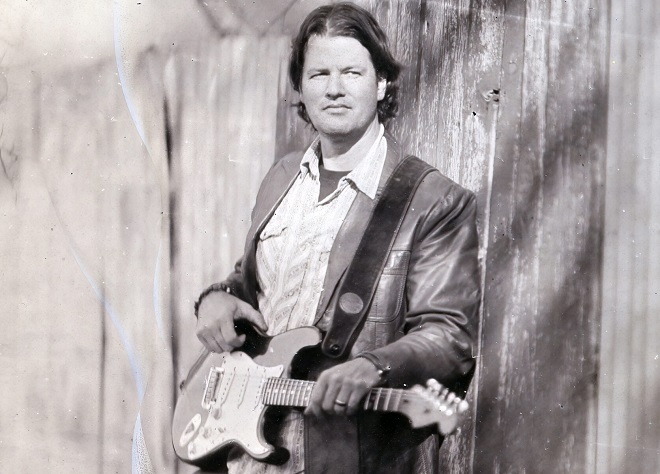 "Playing music has allowed me to travel to places I might not have otherwise and meet people from many different cultures. I think the thing when you meet people in the context of being fans of the same kind of music is it makes it very easy to strike up friendships." (Photo: Gary Cain)

I think the most important advice I got was to not get too high on the highs, or too low on the lows. Being a musician is really difficult and there is so much rejection and so many setbacks along the way, that if you let it get to you it can put you in a really negative mindset. It can be overwhelming and seem impossible. On the other hand there are also many highs - great gigs, awards and accolades, and you can’t let those things make you less hungry, or slow your artistic growth.

The best experiences have been the moments while playing music live, connecting with my fellow musicians, and with the audience. There’s an exchange of energy there, a sense of connection that is difficult to describe, but feels amazing, feels cathartic. Once you get a taste of that, you just want to do it again and again.  When I opened for George Thorogood at Massey Hall in Toronto it was one of those nights. On an opening gig the crowd isn’t there to see you, so you kind of have to win them over. We came out and really went for it on our first song, and when we hit our last note, we got this big ovation from the crowd and knew they were into it. From there it was just a blast - we were really clicking and when we finished, they gave us a standing ovation. We played a festival in Estonia that was held in the ruins of an old castle that was pretty incredible too. Festivals are a ton of fun with the sheer number of people, but smaller, intimate club gigs can be amazing too - it’s really about the connection between your fellow musicians, and the energy of the crowd. 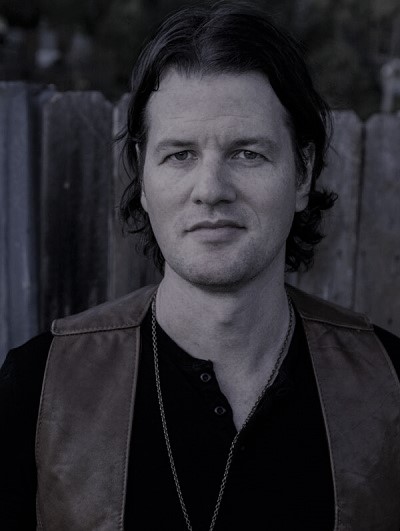 There are many players who aren’t around anymore that I would have loved to have seen live, as far as the music itself goes, I think there are a lot of players keeping the traditional blues sounds alive while still building on it and doing their own thing, I think that’s the key - there is a tendency for people to confuse stewardship of the music with stagnation. If you look back at some of the greats, players like Albert King or Buddy Guy weren’t doing exactly what the guys before them were doing, they were building on it and creating their own voice and style. Were people back then telling Buddy Guy he wasn’t “blues” enough? Maybe! So, people in the blues scene I think need to allow room for musicians that don’t stay entirely within the lines. Doing something new doesn’t take away from what’s come before, hopefully it adds to it. But in the end you can call it blues, you can call it funk, rock, soul, or whatever you want, what’s most important is that it moves you.

What is the impact of Blues/Rock music on the socio-cultural implications? How do you want the music to affect people?

I think music is a great way to communicate your perspective to the world, but I think it probably best reaches one person at a time. Interpretation and enjoyment of music is very personal, and what one person gets from a song might be totally different from someone else. Some of my songs touch on social and political things, not because I set out to do that, it’s just something I see and feel strongly about. I wrote Billionaires In Space after seeing footage of Jeff Bezos coming off his spaceship with a cowboy hat, and later that day driving under an overpass and seeing all these homeless people living in tents under the highway. The incongruity really struck me and I had to write about it.

I think the most important thing I’ve learned is that there is simply no final destination as far as musical development goes. I’ve met some players who I admire greatly and who I consider masters of their instruments, and they still have things they are trying to work on. The more you learn, the more there is to learn, and you have to make peace with the fact that while you continually strive to get better and move forward, there is no place you’ll ever get to where you can say “I’ve done it”. It’s just a lifelong pursuit. 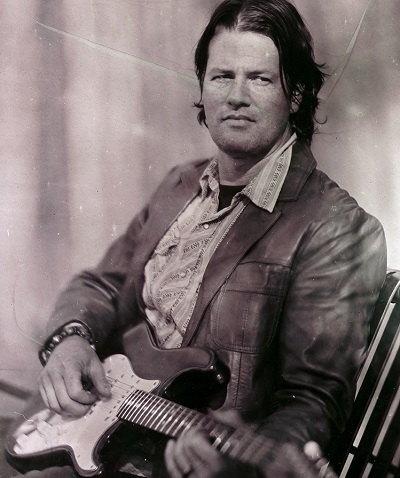 I think in many ways the Canadian scene can be a little harder to break into because there are just fewer large cities, fewer places to play, greater distances to travel. The opportunities there are available tend to be locked up for a long time and you see the same names over and over a lot of the time, which can be frustrating if you’re trying to break in. You get major awards where the same guy wins it 8 years in a row, lots of gatekeeping, things like that. But luckily there are also some amazing promoters, supporters and organizers in Canada that really love the music and go out of their way to help you out and are so appreciated.

In the US, specifically Texas where I’ve been the most, I think the culture is just more built around live music than in Canada. There are so many more places to play, and if you can find your niche, there are lots of people who really want to see you light it up and do your thing. If you’re playing blues-based music you don’t necessarily need to stay within blues-only venues, or rely on blues societies for opportunities. There’s an incredible musical history here - you run into people who remember paying five bucks to see Stevie Ray Vaughan at a little bar on Sixth Street. In Europe, my experience has been that they just have such a love for the music, and an incredibly open attitude about different styles or interpretations. I think that’s the reason so many fusion artists, like Scott Henderson for example, do well in Europe. In Europe they’re happy to hear you stretch out musically and creatively. This year will be my first tour in the UK, so I’m excited to experience not only the music culture, but the beer as well!.