Q&A with Canadian duo, Dalannah & Owen - celebrates all that is blues from a fresh and unique perspective

"I miss the authenticity of music of the past. The message was more about trying to make you feel good even when times were tough."

Considering the differences of this unique duo; Dalannah Gail Bowen is a 69 year-old African-Candian/Cherokee who has been singing blues/jazz and gospel for forty years and Owen Owen Owen who is a jazz and classically- trained bassist who has also played for 40 years. It is exciting that this unlikely duo won the right to represent British Columbia at the 31st Annual International Blues Challenge. Even more exciting is that not only did they make the finals of the 2015 International Blues Challenge in Memphis but the duo both have been honored in the Blues Hall of Fame. From the moment that the duo "arrived", Dalannah and Owen have created a buzz about the uniqueness, passion and quality of the music they create. 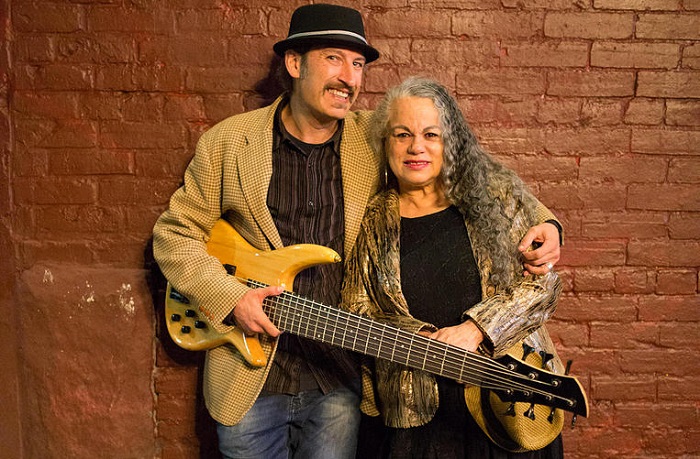 Dalannah and Owen are a blues duo that celebrates all that is blues from a fresh perspective featuring a mix of traditional and original songs, powerful vocals and exceptional bass playing. Both Dalannah and Owen are accomplished musicians in their fields and have a wealth of experience in the music world of Vancouver and beyond. The new album “Been Around A While,” represents a watershed moment for the Canadian blues duo. Filled with a bold mix of well-constructed original compositions and carefully selected covers of artists such as Son House, Louis Jordan, and Marvin Gaye, it's the result of two world-class talents combining to create something fresh and new. Dalannah's impassioned, gospel-soaked vocals and Owen's versatile, mood-setting bass come together to form a sound that's emotionally potent, musically unforgettable, and spiritually transcendent.

Interview by Michael Limnios       All Photos by Jason Kanyo

What have you learned about yourself from the blues and jazz culture? What does the blues mean to you?

Owen: Both styles have feel and come from the heart. I've grew surrounded by all styles of Jazz and Classical and notes were everywhere and anywhere but you always know where “1” is. Classical is regimented and Jazz is all about groove and feel. Blues for me, was a completely different story, I had to slow down the amount of notes without sacrificing the groove and it was difficult at first, then I grew up. The Blues is the most genuine portrayal of life's trials and tribulations.

Dalannah: As a vocalist who has been singing for the past 48 years, I can honestly say that the blues and jazz culture has given me the opportunity to reflect on my life as a woman, the many challenges that I have faced and the fact that I am still alive and well and love this music we call the blues.  To me, the blues is as personal as the way each of us as wakes up in the morning, live our daily lives, feel our feelings and share them.

How do you describe your sound and songbook? How would you characterize your musical philosophy?

Owen: An eclectic mix of solid grooves blended into the moment. If it's not fun and real, you are just playing notes and wasting the audiences time. Music is about creating an environment for people to get away from the day-day grind and making a connection.

Dalannah: My sound and songbook reflect my life experience. I am a “hippy” at heart and grew up singing the songs that celebrated and commented on the times. The songs that I choose now are songs that I can get inside that make me feel something and give me the opportunity to communicate that feeling, through my interpretation, to the audience.

What were the reasons that you started Jazz, Blues & Soul researches and experiments? 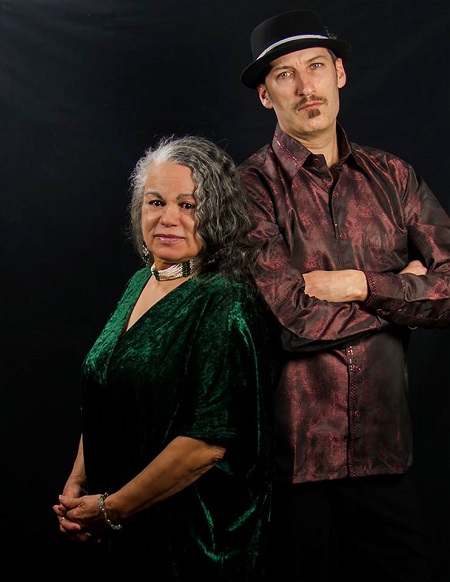 Owen: Jazz was because of my grandfather who played sax and clarinet with the Canadian Forces and I believe he also played with Duke Ellington briefly during the WW2. Both parents loved all styles of non-pop music and it stuck with me.

Dalannah: As part of my heritage, I have experienced gospel music, old blues and contemporary music. I love the story that comes from blues, I love the inspiration and heart participation that comes from gospel and I love the expansion of minds that jazz…birthed from blues…brings to musicians and audience alike.

Owen: Band Camp when I was 7 or 8 and volunteering to play bass in the Junior Stage Band. My first instructor was a Berkelee Grad and he got me into Jaco, Stanley Clarke, UZEB, and a bunch of crazy cool fusion and funk from the 70's. Then meeting my idols all before I was 18. Jaco was a massive influence for me and sitting down with him for 3.5 hours as a 16-year old was my awakening. My first question to him was why he closed his eyes and moved his fingers and hands all over the fretboard. I didn't want to play like him I wanted to know what it was like to feel music like he did. Advice: You are the groove and never forget it. Don't think, be in the moment.

Dalannah: Early in my career I was fortunate to work with the great jazz guitarist Lenny Breau who taught me a lot by “being”, I worked with BB King a number of times; the most humble, unpretentious celebrated musician I have ever met.  The best pieces of advice from a musician in fact are two quotes.  The first…”you sing from your heart…nothing beats that” and “you’re only as good as your last gig”.

Owen: I've had the pleasure to meet and play with some incredible people in my life and perform in some incredible venues but the one which stands out was with Dalannah last year at our 1st round of the Quarter Finals in Memphis at the IBC. The Rum Boogie Juke Joint was half full before our set and very smokey. I start the set and have my head down getting into the groove for “Early In The Morning”. About 30 seconds later, I look up and the place is packed and everyone is taking pics or video of our set. I was blown away at what I was experiencing. Later in the set, I was ramping up for my solo on our version of “Come on in my kitchen” and I look up and see Willie Dixon's guitar on the wall and burst out in tears. Keep in mind that I had about 20 seconds to get ready for the solo and I'm trying to wipe the tears away and not make any eye contact with the audience for fear that it would cost us a point. I managed to regain my composure and played what would become the actual solo for the recording on the CD. Every time I play that song, it hits me in a different way but still just as emotional as that moment in Memphis.

Dalannah: There are so many; jamming with B’s band (BB King), opening for Taj Mahal, working with Leroy Jones and John Lee Sanders from New Orleans, Natalie Cole and many, many others. 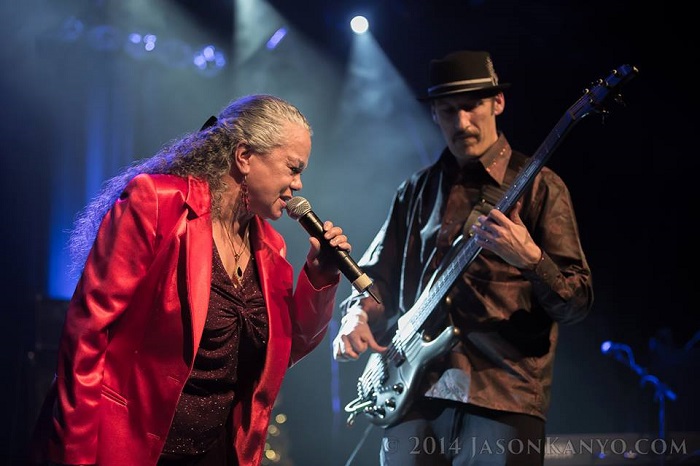 Owen: I miss the authenticity of music of the past. The message was more about trying to make you feel good even when times were tough. Slaves in the cotton fields would “hum” music to get away from their oppression. Now? For the most part, it seems focused on the negativity. Please note that I'm not referring to the blues but more mainstream which is why I stopped listening to radio years ago. I'm happy with my 10,000 songs in my ipod.

Owen: My hopes are simple. Without sounding arrogant, this CD is something very special and I want to replicate what you hear on the CD, live on any stage willing to have us. We are on to something so unique that I quit my job to focus on music. Fears? I gave up fear when I lost my father (2008) and my only sibling (2011).

Owen: Make sure the musicians are supported and that there is more live music.

What is the impact of the Blues and Jazz music and culture to the racial and socio-cultural implications?

Owen: I would like to think that it's huge, I remember reading about Daryl Davis recently and his quest to re-educate the KKK on what's really happening between people with different skin color and was amazed that he got his point across without being killed. These 2 styles help us bridge the gap and hopefully create a brother/sisterhood. Make an account of the case of blues in Canada. What are the lines that connect the Blues legacy from States to Canada?

Owen: Where I live, blues is struggling and it's not for a lack of talent. There are too many rules, restrictions and distractions in Vancouver. Live music thrived up until the 90's then a majority of the venue owners realized that they could save and make more money with DJ's. A few years later Kareokee appeared and turned cool venues into musical migraines. Then to add salt to the wound, in the 2000's, Sports Pubs full of flat screen TV's playing sports appeared. You'd think that being in a recession that more people would have the blues and want to listen to it. However, I have played in Victoria, Edmonton, Calgary, Toronto, Montreal, Halifax and many towns in between and it's a totally different story... The music connects people and dissolves the borders.

What has made you laugh and what touched (emotionally) you from the local circuits?

Owen: Wardrobe malfunctions or having meter games with some of my favorite drummers here in town.

Emotionally? That's a tough one. I've lost some pretty awesome musician brothers over the last few years with 2 very awesome drummers passing last year. One happened to be the first drummer I played with when I moved to Vancouver in 93, then recorded within 2010– Ray Garraway. RIP brother, the grooves we shared will forever be some of the tightest ever...

Owen: I'd like to go back to NYC in the 1950's when my father was playing to packed crowds with his flamenco quartet and sit in with them. He was trained by Segovia and gave me a tape before he passed away and what I heard blew my socks off. He accidently cut one of his tendons before I was born and never played again.

Dalannah: Time Machine trip would take me to playing a European blues festival in the afternoon followed by a concert in a castle in the evening. European audiences are, in my personal opinion, incredibly receptive and supportive of musicians. 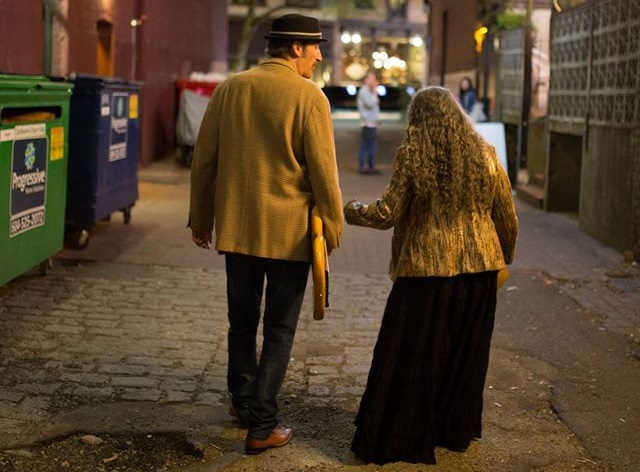