"I am always drawn to the places where music connects people who might seem different from each other or divided. I've been in many situations where there are divisions or differences among people in terms of their political views and cultural backgrounds, but it melts away (or at least gets set aside) when we play music together."

Sue Decker started playing music with a rented guitar at a bluegrass jam and it wasn’t long before she devoted herself to writing songs, playing the dobro, and singing the blues. Her expressive voice and love of slide guitar have been constant companions as she expands her musicality wherever her songwriting leads. Sue makes music that embodies the essence of early blues and folk with the songwriting sensibility of outlaw country: she is just as likely to meet her muse in a Bessie Smith record as she is at a Steve Earle concert. On stage, Sue creates a sense of community with her playful connection to the audience and there’s plenty of tasty lap-style slide guitar, whether she is playing solo or with a band. She also shares her undeniable affinity for vintage blues as the host of Back Porch Blues, a monthly acoustic blues session with a talented collective of fellow musicians in Victoria, Canada. 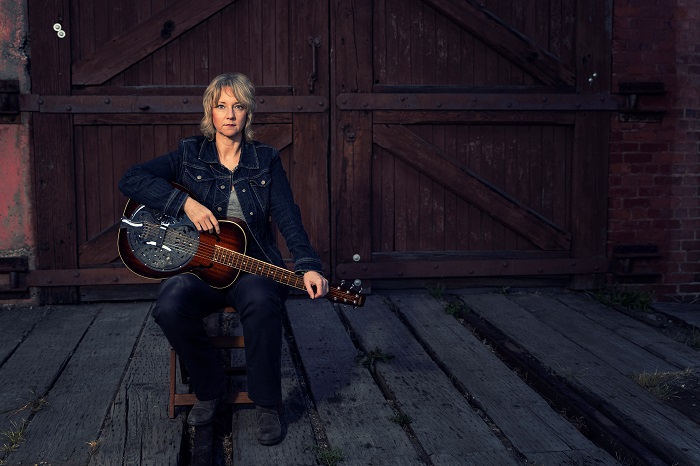 How has the Blues and Outlaw Country influenced your views of the world and the journeys you’ve taken?

Blues music came into my life when I played a dobro for the first time during a late-night jam at a festival. And I started doing research about early blues and listening to recordings from the 20's to the 50's primarily. What hit me with the blues is also true about 'outlaw country' songwriting--they are both straight from the heart and straight to the point, expressing a feeling or human experience.

Roots and blues describes my musical songbook--I draw inspiration from traditional folk, country, and blues. Most of the Outskirts of Love tracks fall into those categories but there are songs that might be considered more 'adult contemporary' or even mood pieces. For me, creative drive comes from internal and external sources. The internal music muse has a life of its own and the external sources are mostly music but can also be art, conversation and life experiences.

Music streaming services would pay artists fairly and we would all gather to see live music more often. 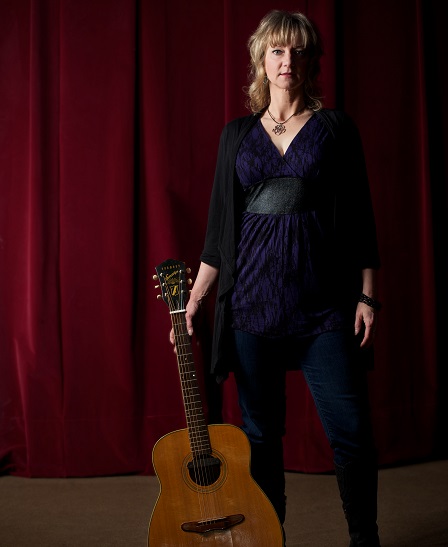 Connecting with DJs from community and university radio stations who are playing my music has been so much fun. These people have pure passion for music and they work really hard to promote roots and blue artists who would not be played on commercial radio. Two live performance highlights this year for me: seeing Sue Foley among other great artists for an all-women day and night at Nanaimo Summertime Blues Festival here on the west coast where I live. And I saw Colin Linden perform solo recently, such generosity and virtuosity on stage! Both of them are Canadian with strong ties to the USA. The Canadian roots scene is very much influenced by the US and for me, the early blues and Appalachian folk music from the southern US have been so inspiring.

I am always drawn to the places where music connects people who might seem different from each other or divided. I've been in many situations where there are divisions or differences among people in terms of their political views and cultural backgrounds, but it melts away (or at least gets set aside) when we play music together.

I would like to have been in the studio for a day with Bessie Smith, Victoria Spivey or Memphis Minnie.