"I think all music brings people together, when we enjoy music from any part of the world, it reminds us that we are all brothers and sisters from the same mother, which is this planet Earth."

The Paul DesLauriers Band is made up of virtuoso guitarist and singer Paul DesLauriers and masterful rhythm section Greg Morency on bass and Sam Harrisson on drums. Their latest release, the aptly titled Relentless (June 2016), is a genuine blues-rock escapade featuring 10 original new songs encompassing their most original and powerful work to date. On January 2016 the band took 2nd place at the 32nd International Blues Challenge, the world’s largest gathering of blues acts, organized by The Blues Foundation. Held in Memphis TN, they rose to the top to take the runner-up title in the band category in a world-wide competition that saw 119 bands competing for a spot on the podium. Released to unanimously excellent reviews, their self-titled 2014 album reached the #1 spot on the iTunes Canada Blues Chart within a month! They are currently touring Canada and the USA in support of the album with notable performances. 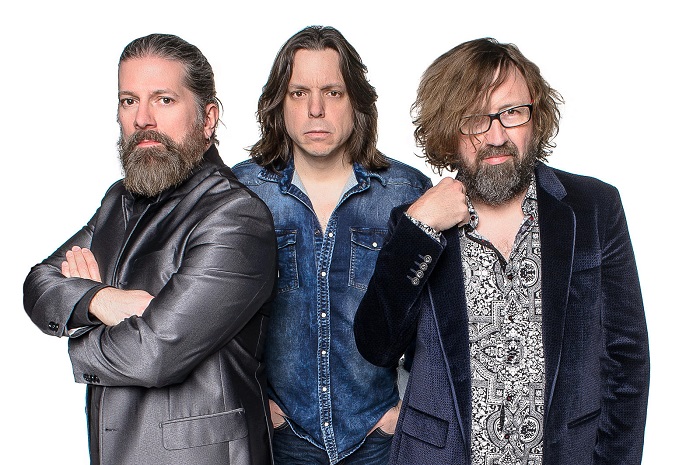 All Photos Courtesy of Paul DesLauriers Archive / All rights reserved

What do you learn about yourself from the Rock n’ Blues music and culture?

Over the many years I’ve been listening to and performing blues and rock n’roll, I’ve come to know that my love for this music will never die. I’ve dedicated my life to it out of passion for the music and that through good times and bad my love for it keeps me going forward.

The blues is something that touched my heart very deeply early on. I was fortunate to be exposed to it young enough that it formed and informed everything I do musically today. The blues has belongs to the whole world now, it’s a feeling and an emotion that everyone can relate to, I think that’s why it has such a wide appeal and has been around for so long. To me, it’s the best way I know how to express my true emotions.

How do you describe Paul DesLauriers sound and songbook? What characterizes your music philosophy?

The Paul DesLauriers Band is a blues-rock power trio…guitar, bass and drums modeled after the classic power trios of the past like Cream, The Jimi Hendrix Experience and even Led Zeppelin, who were in a sense a power trio with a singer to round it off. Our sound stays anchored in the blues, yet we try to push our songwriting into the future and keep it fresh. There is also a lot of improvisation that happens between myself, our bassist Greg Morency and drummer Sam Harrisson. We try and push each other in different directions every night we perform. When we record, the three of us play live in the same room, we feel it’s the only way to capture the energy and spontaneity of a real performance. The songwriting happens the same way, there’s a sound that comes from composing riffs and melodies together. Everybody’s personality comes through the music and it becomes something of our own sound. 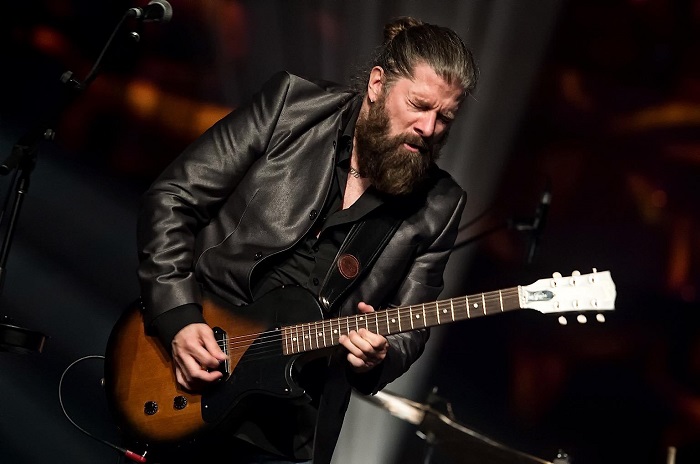 "I can’t say I miss any period in particular because the recorded music is always there to listen to. However we are losing more and more of the great older legendary fathers and mothers of electric blues."

Are there any memories from gigs, jams, opening acts and studio sessions that you’d like to share with us?

I think the freshest and most exciting memory for the Paul DesLauriers Band participating in the 32nd Annual Blues Challenge in Memphis, Tennessee last January. We had the pleasure of representing the Montreal Blues Society and were honored just to be there. Making it to the finals and finally 2nd Place in the Band category out of 119 bands from around the world was our biggest thrill so far. The IBC week is a really magical experience where everybody who loves and performs the blues is there. It’s very exciting to meet and hear so many other great musicians from around the world gathered in the same city.

I can’t say I miss any period in particular because the recorded music is always there to listen to. However we are losing more and more of the great older legendary fathers and mothers of electric blues. It’s sad to know we won’t have a chance to see so many of them perform any more, though I am eternally grateful to all of them for what they gave to the world. I do get nostalgic for the mystery and the grit of the old recordings. There is so little known about the early Delta Blues players, other than the recordings, very few pictures even exist of most of these artists. Some like Son House and Bukka White, even Lonnie Johnson and Skip James survived and thankfully we have film footage of them in their later years, but you can’t find Robert Johnson, Charley Patton, Willie Brown, Blind Lemon Jefferson, Blind Willie Johnson or Tommy Johnson on YouTube and the like. All we have is the music and a few details about their lives. There’s a beauty and purity about that that I find very compelling. My hope for the future of the blues is that younger generations keep the flame alive by getting to know the history yet continue to push the boundaries in term of songwriting. The blues is a living thing and it needs fresh ideas to keep growing, with respect to tradition we can’t keep rehashing the music of the past. I mean how are you going to top Muddy Waters or Howling Wolf? You can’t. You have to strive to make the music your own. 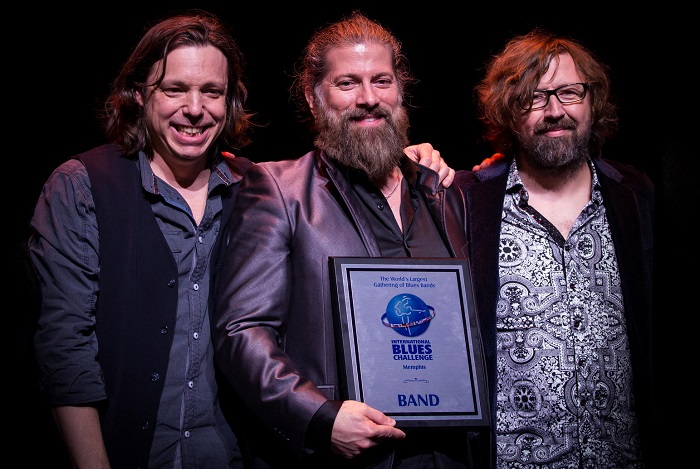 "African-Amercian culture gave us this incredible gift of music that is the blues and now it belongs to the world. It serves to bring people together from everywhere because of their common love and passion for it and I believe the world needs much more of that."

Being a touring musician makes it challenging to maintain relationships and raise your children the way you would want to. You’re often gone and you end up leaving those behind wanting for your presence. There are also many ups and downs over the course of your career and your life in music. Getting through the hard times only helps to make the good ones sweeter and you end up appreciating them more. I think as a musician, it builds tenacity and endurance and hopefully your music reflects all of that and comes from a deeper place.

Teleportation from one show to another, hahaha!

I think that right now is a very exciting time for Blues in Canada. We have many successful and wonderful artists from Canada that are making their mark not only here but internationally as well. I think we bring a unique perspective and approach to the blues. We’re fortunate also that we have many excellent blues venues and festivals all over Canada, there is a great love for this music here for both Canadian and international artists 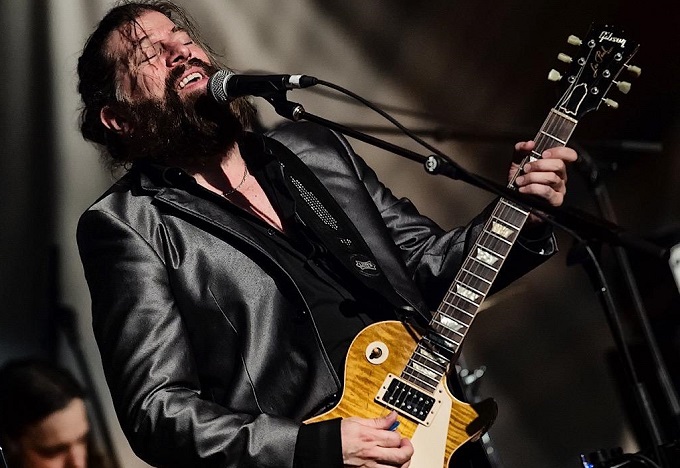 "The blues has belongs to the whole world now, it’s a feeling and an emotion that everyone can relate to, I think that’s why it has such a wide appeal and has been around for so long. To me, it’s the best way I know how to express my true emotions."

What are the lines that connect the legacy of Blues from USA to Canada? What touched (emotionally) you from the local circuits?

People like Robert Johnson and Johnny Shines would come up to Canada and perform even way back in the 1930’s. Though blues originated in the Southern USA we’ve had a connection with those artists from way back thanks to recordings and live performances. The 60’s blues revival made all of those artists and records accessible to us in Canada, so we essentially grew up hearing a lot of it around us. Especially if you were interested in rock and roll, the road to discovering the blues was very close indeed. The radio played a big part in exposing us to a lot of that music when we were young, as many stations played a mix of rock and blues and country and all forms of popular music. Some of the greatest memories I have as a young man are from seeing people like B.B. King, Buddy Guy, Stevie Ray Vaughan, James Cotton and Johnny Winter to name a few…Canadian artists like Dutch Mason, Powder Blues, Jeff Healey, David Wilcox were and still are great ambassadors for Canadian blues. Downchild was even the inspiration for the Blues Brothers! All of these artists made the blues something real and tangible for me when I was very young and gave me hope of being able to do the same thing myself some day.

I think all music brings people together, when we enjoy music from any part of the world, it reminds us that we are all brothers and sisters from the same mother, which is this planet Earth. African-Amercian culture gave us this incredible gift of music that is the blues and now it belongs to the world. It serves to bring people together from everywhere because of their common love and passion for it and I believe the world needs much more of that. It’s important to realize the many things that bring us together rather than those push us apart.

I would travel back in time and spend the day with Robert Johnson and Charley Patton to see how they played and to hear how they sang, what they sounded like when you were sitting in from of them listening. I would love to follow them around and see how they made their living and moved around, where they stayed and who they listened to. If possible, then I’d go watch Jimi Hendrix and Led Zeppelin and catch Fleetwood Mac with Peter Green. 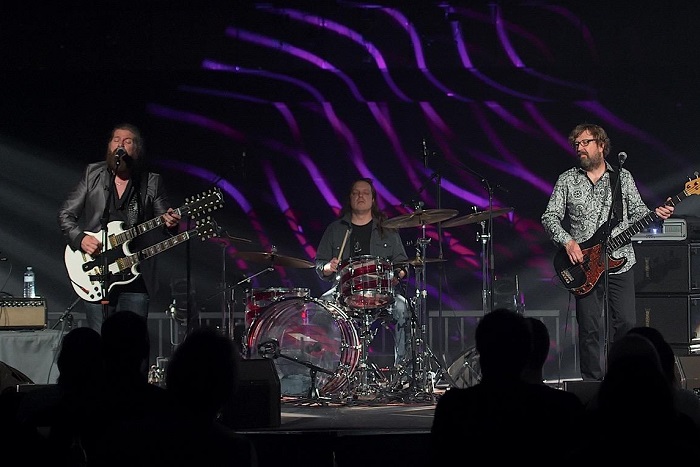