"Back to a time when the people who inhabited this Earth treated it like it was there mother. Where people used what the earth provided and lived in harmony with the natural cycle of life. I would love to see that."

Matthew Skoller is one of Chicago’s most respected harp blowers and blues bandleaders. For the past 30 years he has played all of Chicago’s heaviest showcase venues and toured much of the world with his super tight ensembles. Deeply rooted in the tradition of the Chicago blues elders with whom he worked and studied, Skoller has developed a unique style that conjures the past while being firmly planted in the present. His blues wardrobe clothes a range of original songs whose subject matter comments on many of the issues and realities of life during this age of technology, information and upheaval. Skoller, known for his fiery and engaging performances, combines passionate harp playing and singing with original song writing and prodigious production skills. 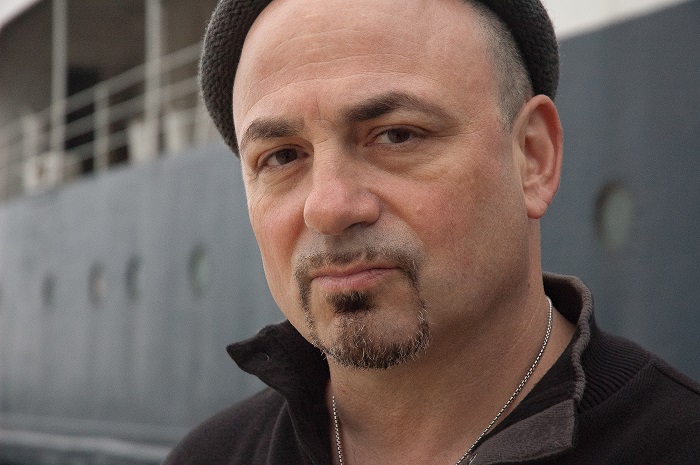 The Matthew Skoller Band is a highly skilled, highly professional organization with extensive regional touring experience, gigs at prestigious national and international venues and festivals like Montreux Jazz Festival, Japan Blues Festival, African Tour (Mali, Mauritania, Tunisia and Cameroon), Lucerne Blues Festival, and Mawazine World Music Festival in Morocco, Chile, and China. When not on tour Matthew and his group can be seen live in Chicago at many venues. Matthew has emerged as one of Chicago’s most accomplished blues-based artists. In 2016 released the album “Blues Immigrant” (Tongue ‘N Groove), co-produced by Matthew Skoller and Vincent Bucher and recorded at Joyride Studios in Chicago, IL. features 11 songs, nine of which were co-written by the Skoller/Bucher team.

Blues music helped to teach me that I have a heart. That within me is a spirituality that can be awakened by the beauty of another’s self-expression, another’s wailing, another’s laughter. That our range of emotion is what is to be celebrated in being human. Very much like the Rembetika music of Greece.

That is kind of like asking: What does Mount Everest mean to you? I don’t even know how to approach this question. I could break down the elements of the music intellectually and talk about minimalism, space to allow emotions to be the focus, it’s seminal position in the history of popular music, it’s important role in the survival of it’s originators; African Americans. How it is a precious gift they bestowed upon the world. How it changed music globally, how it became one of the loves of my life starting at a very early age but actually all of these things trivialize something that is a force of nature and high art. It’s the air, it’s language it’s my water when I’m thirsty and dry.

How do you describe Matthew Skoller sound and songbook? What characterize your music philosophy?

I don’t really have one. I suppose I could try and analyze my playing and my writing and manufacture one but I’d rather not. Music for me is a moment when my head, heart and spirit work together in a moment of transcendence that is precious, sacred, magical. Some things one should just let happen. "Blues music helped to teach me that I have a heart. That within me is a spirituality that can be awakened by the beauty of another’s self-expression, another’s wailing, another’s laughter." (Matthew Skoller / Photo by Al Brandtner)

There are so many elders who were so generous to me when I was starting out. There is a very obscure bluesman in Milwaukee WI named “Stokes” who was a profound influence on me, great singer and guitarist. In the early ‘80’s I got to hang out with the great Sunnyland Slim, when I met him he had a young woman singer with him named: Zora Young! That was in 1981. During that period I got to see the great harp master Big Walter Horton one night at BLUES on Halsted St.. It was a transformative night. I was never the same after that night. I remember Jerry Portnoy was there and he told me that it was one of the best performances he had seen Walter give in years. Those clubs were filled with Blues greats back then, every night was filled with appearances by great sidemen and legendary bandleaders.

But I cherished my conversations and jams with Dave and Louis Myers. They were very good to me. And Dave told me something regarding the harmonica which I never forgot, he said “The harp ain’t just a notion.” He explained to me that a lot of folks pick it up and think they are playing it when in fact they aren’t playing music at all. That it is a very difficult instrument and that it takes a lot of time and hard work. That…”It ain’t just a notion.”

Just a general sense of having a strong focus and ALL team players. Vincent Bucher (my co-producer and co- writer) and I had a solid vision of these tunes and tried to pick the players who brought great experience to the table but who could take the direction we gave them with open minds and hearts and that is exactly what we got. It was a great environment. We have been working at Joyride studios in Chicago for many years

What do you miss most nowadays from the blues of past?  What are your hopes and fears for the future of?        Photo by Steven Gardner Hopes and fears? I don’t study ‘em. Everyday brings on a change and the Blues will never die.

What touched (emotionally) you from the sound of harmonica? What are the secrets of Mississippi sax?

How much like a voice it is. How malleable and fluid and flexible it is. How one moment it is an organ and the next a saxophone, then a trumpet, then flute and then a violin. I hope you will explain to your readers what a Mississippi Sax is. Secrets? No one told me any secrets…I guess that’s why they are secrets. The harmonica is like any other instrument in the sense that you need to combine desire with hard work. There are no short-cuts

Back to a time when the people who inhabited this Earth treated it like it was there mother. Where people used what the earth provided and lived in harmony with the natural cycle of life. I would love to see that. 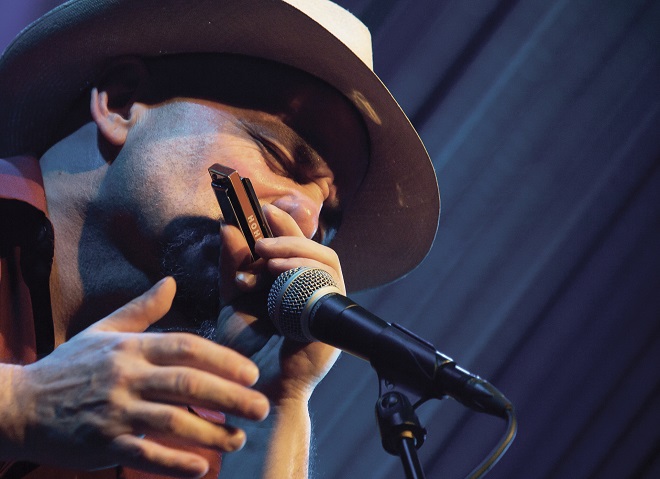