"I like to think that music can bring about social and political change but it's only one part of a much bigger picture."

Martin Harley is a supremely talented acoustic roots and blues guitarist, singer and songwriter with a burgeoning global reputation. Live at Southern Ground (Release Date: February 10 2017), his eagerly anticipated new album, was recorded in Nashville in collaboration with Daniel Kimbro on upright bass. A mixture of retrospective solo and duo arrangements recorded during an afternoon at the esteemed Southern Ground studio in Nashville, Live at Southern Ground features Martin on Weissenborn, a traditional Hawaiian acoustic guitar played across the lap, resonators and archtops, and of course Daniel Kimbro on upright bass. Along with many years of international touring and countless festivals Martin has built a strong international fan-base across the globe. Renowned for his prowess as a slide guitarist, Martin is almost unique in the UK in his playing lap slide. During year-round worldwide touring he’s absorbed a plethora of diverse influences, honing his craft into the classic songwriting style he possesses today. In the US, Martin has headlined Music City Roots in Nashville and toured coast to coast with ZZ Ward, Delta Rae and opened for Iron and Wine, Bruce Hornsby, World Party, Beth Hart, Joe Bonamassa amongst many others. 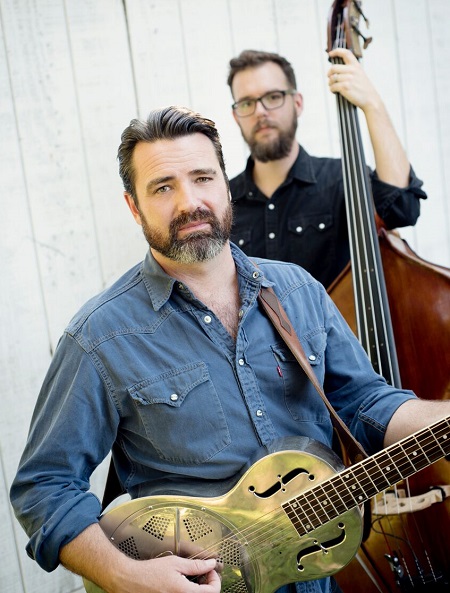 Static in the Wires is his seventh album and the second with Daniel. The two first met through mutual friend, Sam Lewis, at Hippie Jack’s music festival in Crawford Tennessee. After a brief backstage rehearsal the two took to the stage for an hour of largely improvised music. A few weeks later they were cutting a record at Zac Brown’s iconic Southern Ground studios. Their live shows bring aspects of blues, Americana and folk to the table; Martin playing a 100 year Weissenborn (Hawaiian acoustic lap guitar), while Daniel beats scratches and bows a double bass to create an unexpected array of textures and sounds. Static in the Wires was tracked live at Wow & Flutter Studios in East Nashville over four days. Engineered and mixed by analogue guru Joe V. McMahan making use of every corner of the space. The drums sounded great in the kitchen and if you listen carefully you can hear the freight trains rolling past. At one point heavily armed police sealed off the area to conduct a manhunt. Mixing elements of Santo & Johnny, JJ Cale and Taj Mahal, Static in the Wires follows 2015’s Live at Southern Ground, glowingly described by The Observer as “A spellbinding 50 minutes”. Guests on Static in the Wires include multiple Grammy Award-winner Jerry Douglas, Derek Mixon, and Micah Hulsher.

How has the Blues and Roots music and culture influenced your views of the world and the journeys you’ve taken?

I think it connected me with the world and sent me on a journey to discover more about people, their stories and how they express themselves. Not just in the blues but all music that speaks from the heart and allows sadness or introspection become beautiful. I'm drawn to melancholy songwriting and slide guitar as it's one of the most expressive instruments.

What were the reasons that you started the Roots researches?

It seemed natural to me to follow the path of the music I've been so influenced by. As my music has progressed so has my interest in its history.

A mixture of blues influenced songwriting, Americana and British coffee shop folk. My songs are usually very personal. I try and avoid the 'woke up this morning' blues rhetoric and therefore deal with my life experiences, travelling and observing. 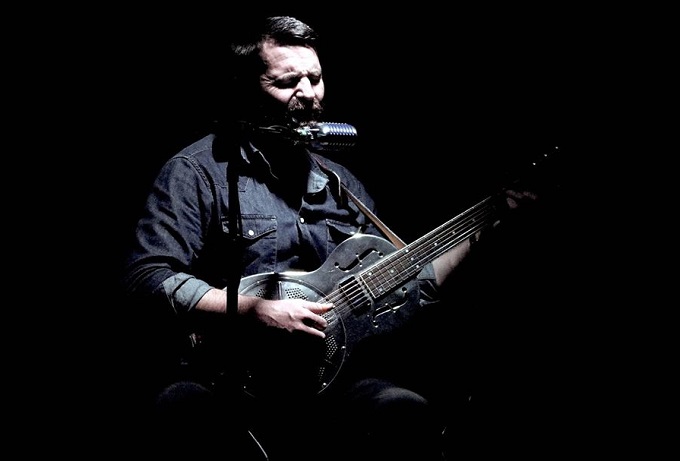 "I miss a little honesty. Maybe it's a romantic notion that older blues records are more authentic but they just seem to mean more. Especially field recordings and early delta blues cuts. Recording technology was new, life was tough and racism prominent."

Which acquaintances have been the most important?

There was a blues player Ben Andrews that invited me to open a couple of shows early in my career. At that time I was working a few jobs. He really gave himself to his music and was transported when he played live. It really gave me a taste for wanting to play live shows and, in some ways a taste for the traveling musicians lifestyle. Unfortunately he lost the battle with his demons and died a couple of years ago.

Take pride in your profession, however humble.

I watched Kelly Joe Phelps perform at the Union Chapel in Islington. Just one person creating so much sound in this incredible sounding church really inspired me to put down my electric guitar and focus on acoustic slide for a decade. He really cast a spell that day. It took me somewhere else, across a line and made me realise how powerful a soul’s voice can be. Next year I will play the same venue and perhaps inspire someone else. I hope those wheels keep spinning.

I miss a little honesty. Maybe it's a romantic notion that older blues records are more authentic but they just seem to mean more. Especially field recordings and early delta blues cuts. Recording technology was new, life was tough and racism prominent. People had a really shitty deal but the music was really moving. Three notes from Blind Willie Johnson seems to weigh more than a thousand others I've ever heard. We live in an immediate high speed world where it seems to be harder and harder for people to focus. My hope is that technology and mans humanity begins to evolve at a more even rate.

"Not just in the blues but all music that speaks from the heart and allows sadness or introspection become beautiful."

If you could change one thing in the musical world and it would become a reality, what that be?

I would try and inspire people not to watch the X Factor and to go and see some really decent live music. These TV shows have become part of our culture and I believe that they have negative effects on the public concept of what constitutes talent, art and music. It makes money... that is all. I wish we would stop excusing mindless, tedious viewing and listening as ok. It's accepting an average and unchallenging view of the world that kills the spirit.

What are the lines that connect the legacy of Blues from UK to Mississippi Delta and from Africa to Celtic music?

The displacement of people and the nature of a soul’s need to breath.

What has made you laugh and what touched (emotionally) you from your West Africa trip and local musicians?

The kindness and generosity of people. Their willingness to share their music and history with me and their patience as I tried and failed to break free of my western rhythmic roots.

What is the impact of Roots, Folk and Blues music to the racial, political and socio-cultural implications?

Folk roots and blues have been the voice or the product of it. These are all very broad terms for the music that has bought us to the point we're at now. I like to think that music can bring about social and political change but it's only one part of a much bigger picture.

I'd take my father to Catalonia in 2009 to see Valentino Rossi beat Jorge Lorenzo on the last lap of the Moto GP. 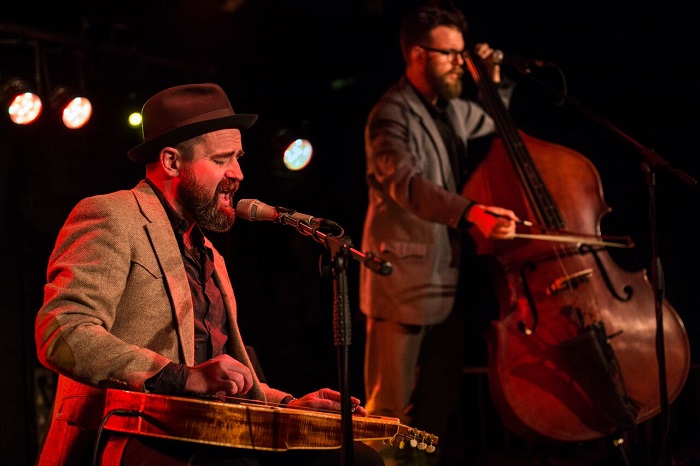