“I have learnt to be patient and try to be a good student in life and to never stop learning. Appreciate the life lessons and stories of people we meet. There is always a lesson to be found in them.”

A warm, funky voice, but just as sober and intimate. Bai Kamara Jr’s music is a mix of soul, blues, funk, R&B and jazz influences.  Bai Kamara Jr, son of the former Sierra Leonean ambassador in Brussels, who grew up in the United Kingdom and has lived in Brussels for over 25 years, is a committed singer-songwriter who reveals his African origins in his music. He has shared the stage with international artists such as Habib Koité, Cassandra Wilson, Rokia Traoré, was the opening act of Vanessa Paradis, he sang in duo with Dani Klein from Vaya Con Dios as well as being her supporting act. 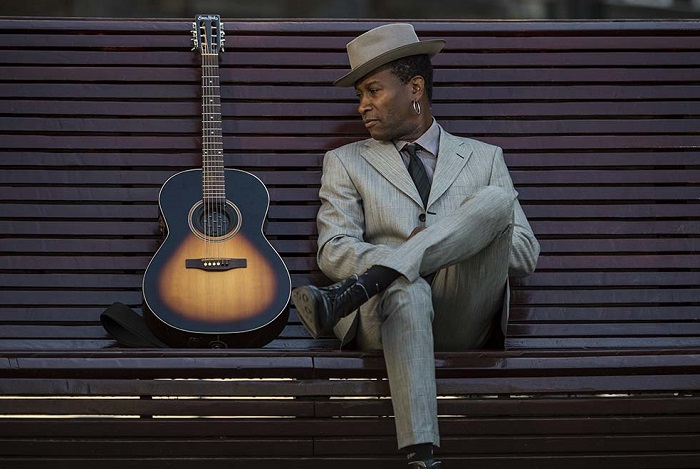 His involvement with NGOs has led to a collaboration with the world star Youssou N’Dour. Two of Bai’s songs were recorded by the Spanish director Paco Torres for the film El Vuelo Del Tren (The Magic of Hope). Bai is a brilliant composer who shows his very diverse musical talent in his 5 albums (Living Room, Urban Gipsy, Disposable Society, This Is Home and Mystical Survivors). Bai’s new blues and roots album with his new band "The Voodoo Sniffers" titled ‘SALONE’ (M.I.G.-music) will be released on January 24th, 2020. This very personal and bluesy work marks a new stage in his career, also reinforced by his collaboration for his international management with the Zig Zag World agency. Bai is an active member of Amnesty International and often works closely with them on various campaigns in Belgium.

Blues and soul music have influenced my views of the world through their lyrical content, especially when the artist was writing about social issues, inequality or documenting their daily lives of joy, sadness and love. Artists like Curtis Mayfield gave me an insight into the African-American culture in the seventies. Also, Songs like "Wake Up Everybody" by Harold Melvin and The Blue Notes is one of many examples that did not only influence my views of the world but also made me realize that in our journeys so far as human beings we have so much in common than we have differences.

I can best describe my sound as an amalgamation of many different things as I have grown up between two continents. It's easy to recognize the African tropical sound and rhythms blending the soul and blues of the U.S., but as I have been living in Brussels for over two decades jazz has permeated my sound because of the jazz scene and the jazz musicians I often collaborate with. My songbook is my diary in many aspects. When I listen back to some of my songs, I can tell what state of mind I was in or where I wrote the song or who I was hanging out with. My creative drive is fueled by current affairs, my children, stories of my friends, everyday life and my own personal experiences. 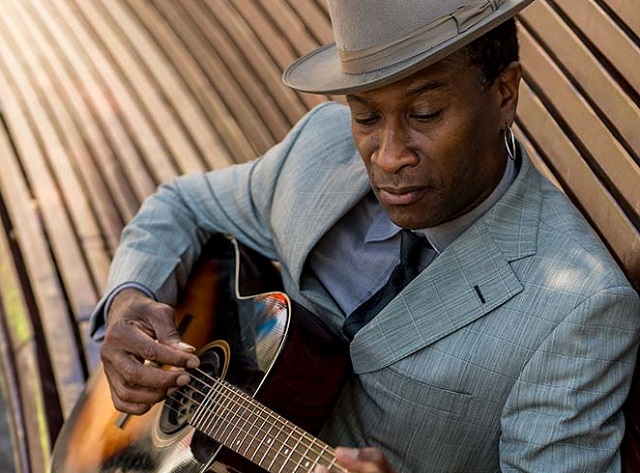 "Blues and soul music have influenced my views of the world through their lyrical content, especially when the artist was writing about social issues, inequality or documenting their daily lives of joy, sadness and love." (Bai Kamara Jr / Photo by Michael Chia)

I guess what I miss the most nowadays from the music of the past is the analog sound. Sure, we are in a digital age, but the sounds on the airwaves today are so generic and the beats are driven by the DJ culture. The DJ culture is not a bad thing as long as DJs increasingly collaborate with instrumentalists. Then, hopefully, we will return to more analog sounds.

If I could change one thing in the musical world it would be to give all the children of the world free or at least affordable access to musical education and an instrument of their choice. I think the world would be a much better place if our children could understand the language of music.

What are the lines that connect the African/Sierra Leone (Roots Folk and traditional music) with American Blues?

The lines that connect the African/Sierra Leone (Roots Folk and traditional music) with American Blues is that the blues is deeply rooted in traditional West African melodies, namely "call and response”.  I addition to that, one of Sierra Leone's legendary folk singers/guitarists S.E. Rogie toured the United States Of America in the early seventies performing in schools across California. He received awards from the US Congress and Senate, the cities of Berkeley and Oakland, California.

I have learnt to be patient and try to be a good student in life and to never stop learning. Appreciate the life lessons and stories of people we meet. There is always a lesson to be found in them.                  (Bai Kamara Jr / Photo by Michael Chia) 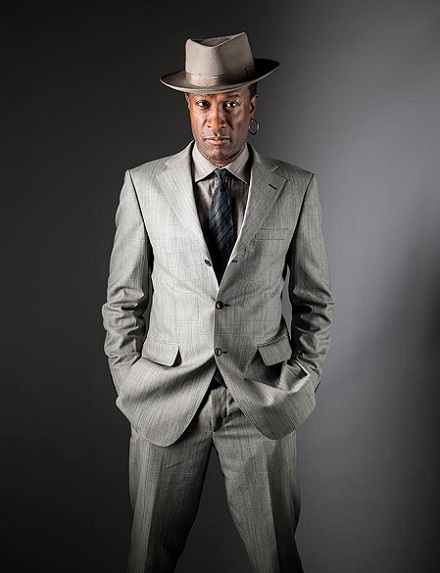 What is the impact of Blues and Soul on the racial, political, spiritual, and socio-cultural implications?

The impact of blues and soul music was significant. What cameras could not document during the segregation period, the songs did. "Strange Fruit" by Billie Holiday paints a vivid picture of the lynching’s in the Southern States. Leadbelly's "The Bourgeois Blues" sends a warning message to the African-Americans to beware of Washington town: That they won't be warmly welcomed there even if they were in the company of a White Man.

"We Shall Overcome", which was a gospel song, became a key anthem of the Civil Rights Movement. It was also adopted by the ANC movement of South Africa which shared a common history of segregation, or Apartheid, as it was called there. This tells us that the black churches were instrumental in both struggles and the songs always inspired and lifted up their spirits.

The place is the Lincoln Memorial in Washington DC, the date is August 28, 1963, I would have loved to be a part of Civil Right marchers to witness Martin Luther King Jr delivering the speech "I Have A Dream”.