"Unfortunately, I feel like rock music is becoming too much of a cliché and has lost his primal purpose. There’s always the good and the bad, but I don’t see a movement of any kind anymore."

Composer and guitarist Edi Roque comes to Los Angeles as a transplant via fertile musical ground -- Sao Paulo, Brazil, where he was born and is one of the country’s unsung guitar champions. Edi was a youngster when he won Best Melodic Solos Award in a South American guitar contest in 2011, but it helped define his musical vision. His electric guitar is at its center, with countless other instruments circling that target. His second passion is collecting rare and vintage equipment, which, of course, he utilizes to their fullest extent in his recordings. Creating his solo albums and cues from the ground up -- using only analog sounds and his own mix of modern and archival recordings which he performs and captures live -- Edi will often play every sound himself, even when learning a new instrument from day one is required. “No notes were harmed in the making of this recording,” Edi jokes, “which is usually the biggest challenge as a songwriter.” Diving deep into the parallel universes of many musical eras in the neverending pursuit of tone, with or without lyrics, Edi’s music has real meaning. Edi's last album "Confabulation" (2019) is more than just a guitar celebration. Each and every track was deeply inspired on actual events. This could become your life's soundtrack.

How has the Rock n' Blues Counterculture influenced your views of the world and the journeys you’ve taken?

Being a musician from such a young age and having toured since I was seventeen, I can tell you that music has definitely helped me to experience the best and the worst in the world. At the same time, I don’t think that it has influenced my views and understanding of our crazy planet in that sense, because I was surrounded by a huge variety of music and musicians so I never felt that I belonged to the rock n’ blues culture, other than that I was growing in a sort of multi-cultural/musical environment. That’s why I also play other instruments rather than guitar. At the end of the day everybody is looking for the same basic things in life, they’re just trying different methods. When I learned that it was gold, because it made me realize that I could bypass a lot of things that (maybe) I would regret later in life. Drugs and alcohol never were my thing and I could invest more of my time and money on music and gear. I’m a gear nerd by the way! (laughs).

I would say I’m way too rock n’ roll for the blues purists and at the same time, I’m way too bluesy for the die-hard heavy rock fans. I have some classical music influence because of my piano days, and also because my wife is a classical oboist. When I was twelve years old I heard Gary Moore for the first time and that sound moved me to tears, and I quit learning the piano the very next day. All my guitar heroes that followed were big blues guys like Jimi Hendrix, Stevie Ray Vaughan and Eric Clapton. I’m also a blues guitarist at the core, and I can flirt with jazz or hard rock or pop or reggae; but I’m always finding my way home when I get to blend my blues influences with any kind of music that I would perform. My philosophy has not changed: Play every time like it would be my first and also the last time delivering all the excitement and energy that I have, and all the love for being graced enough to making music as a lifestyle and not only as a “job.” My drive comes from all the challenges and all the “small” daily victories that happen to everybody, but I try to keep my eyes open to see all these blessings and feel grateful every day.                  EDI ROQUE / PHOTO BY MATHEW TUCCIARONI "I miss how good some of the old guys were as songwriters and storytellers, where nowadays, it seems like people are just stacking samples, composition became arrangement, and if you turn of all those samples there’s nothing left to call music. The future doesn’t look so promising, right?"

I had the honor of having some of my music heroes recording my last album. and I’ve also performed with some of them live. I have a special place in my heart for the live recording that I did with Kenny Aronoff and Rudy Sarzo for the title track of my last album because it was the first time that I met those guys. We did two takes straight and it was like I’m just listening to the whole song getting born in real time as I’m playing as well, and all those feelings and memories from when I wrote the arrangement and the way they made it sound was beyond the music sheet. You can find some material from that session on YouTube.

I try not to think about it too much, but I would say that I really like how bands in the past would record great sounds with minimal technology, all those albums that are classics just because the way they were performed. Currently, we are living the best moment in audio development where top technology is affordable to pretty much anybody with a laptop, but unfortunately the music itself didn’t follow that development. I miss how good some of the old guys were as songwriters and storytellers, where nowadays, it seems like people are just stacking samples, composition became arrangement, and if you turn of all those samples there’s nothing left to call music. The future doesn’t look so promising, right? 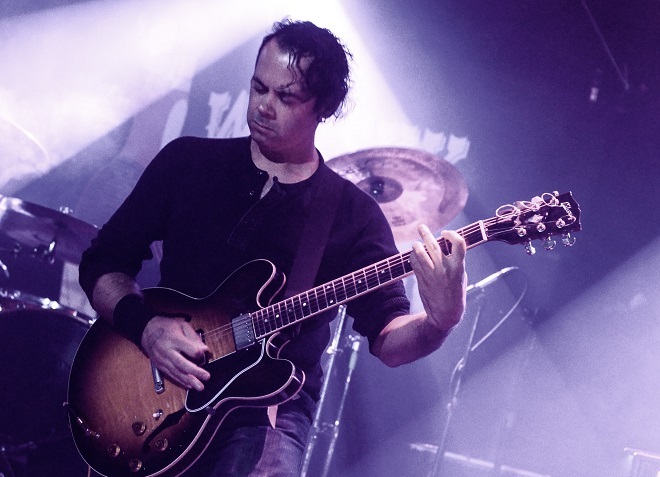 "October 23rd, 1966 at De Lane Lea Studios, in London. That’s the day Jimi Hendrix started recording his first album, and to me, it’s where the modern guitar started. Jimi himself is the guy who wrote that book. One hundred years from now people will still listen to that album (on any kind of crap device that people by then will be using to listen to music)." (EDI ROQUE / PHOTO BY MATHEW TUCCIARONI)

I really have a hard time with all that mp3 crap. I hate what it does to the audio, I hate the way it sounds and I hate that the whole technology thing (which is wonderful - please don’t get me wrong) got everybody so lazy and bored instead of more curious and thirsty for better and deeper content. I’m trying to not generalize either, but if I could change something, it would be the mp3. In my opinion the mp3 is like GMO for audio. It not only sounds bad but I’m pretty sure that in the long run it could give you a cancer (just kidding… but maybe not) because the way it compresses and deteriorates the sound waves and also all the artificial distortion that it adds to the sound. Unfortunately, people also got used to listening to music on cellphones and laptops; so, for most people, music nowadays is just that “noise” in the background while they are doing something else but listening. And that’s why I’m so passionate about performing live music and getting real interaction from people in the real world.

What are the most important lessons you have learned from your experience between Brazilian and US circuits?

No matter where you are in the world, I believe that people want to feel your true self as an artist. There’s a lack of artists that can walk the walk I guess, because becoming some king of social media celebrity nowadays seems like a big deal for some of them and the music is just a prop that goes along with that lifestyle. I have learned that if you are a musician, music comes first and when the light go off, it’s the only thing that still matters. 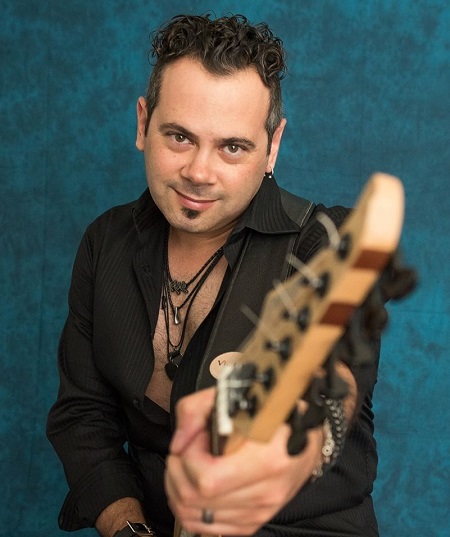 Unfortunately, I feel like rock music is becoming too much of a cliché and has lost his primal purpose. There’s always the good and the bad, but I don’t see a movement of any kind anymore. I think that some underground/alternative bands are more aware and engaged with our issues as a society and politics than the rock guys. Again, I’m not judging the rock scene (if there’s any) but at least here in L.A. it’s more about getting some sort of superficial attraction from the audience than trying to spread some kind of message or awareness. Having the artist as the “antennae of race” is getting more and more a distant memory.

October 23rd, 1966 at De Lane Lea Studios, in London. That’s the day Jimi Hendrix started recording his first album, and to me, it’s where the modern guitar started. Jimi himself is the guy who wrote that book. One hundred years from now people will still listen to that album (on any kind of crap device that people by then will be using to listen to music).