"I’m not the first to say, but the blues got soul. The blues is a feeling and I felt it the first time I heard it! And I can go years hearing a song - and while understanding the lyrics, not really having lived them."

Having traveled over many musical territories as a songwriter, singer, guitarist and producer, JJ Appleton has always used one compass - the blues. After seeing Sonny Terry and Brownie McGhee at age 10, he was hooked and crooked. JJ was born into the paternal influence of a political radical & musical genius who played his son 87.6% of the folkways catalog. Rebelling as teens do, JJ left the sweet smells and deep snows of Vermont for New York City - moving on to paying the rent singing on diet coke commercials, co-writing with pop-tarts & charlatans, and all the while playing looong guitar solos in smoke filled halls of ill repute. 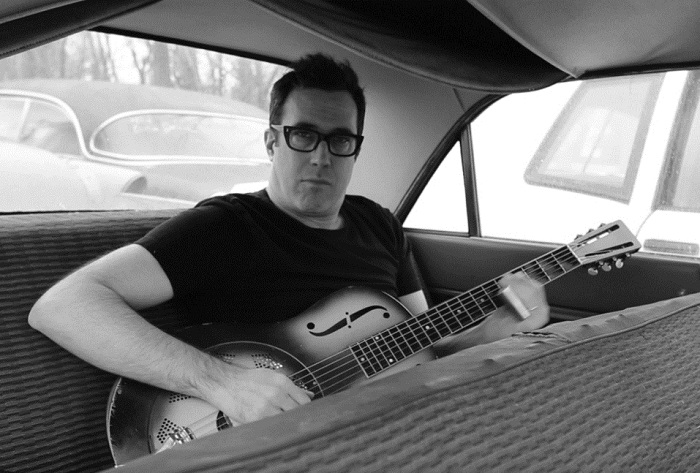 A what-the-hell series of phone calls to hire led to a joining of forces between JJ Appleton and 2015 Grammy nominated Jason Ricci, a world heavyweight champion harmonica player, bluesman, songwriter and personality. Their new recordings (Dirty Memory, 2015) are a rebirth and deep breath of fresh air for both parties. Recording 100% unplugged (nary a guitar pick up or bullet mic in sight), the upcoming release mixes gutbucket-noir blues, roots with dirt still on them, and a sprinkle of Cajun Americana. Original compositions, updated traditionals and devotion to musicianship all blend to make a musical collection of real fire, fury fortitude, & fun... In this modern world of likes and views, JJ Appleton hopes to bring another poetic collection to the library of American tradition. May the blues and its friends be carried into the future with strong, humble and caring hands.

I’m not the first to say, but the blues got soul. The blues is a feeling and I felt it the first time I heard it! And I can go years hearing a song - and while understanding the lyrics, not really having lived them. But as it goes with life - then it’s my turn to have a woman love me, or leave me, or to make some money, or lose some money…and all of a sudden I know exactly what the blues is all about.

How do you describe JJ Appleton sound and songbook? What characterize your music philosophy? 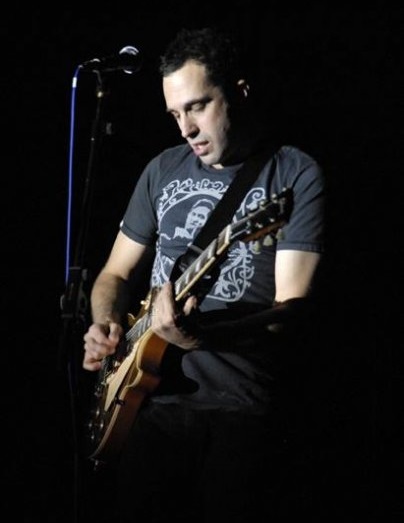 The JJ Appleton sound? I try my best to sing like myself. I’m not a black man born in the 1920’s who grew up with one shirt and picking cotton. I’m the son of a college music professor from Vermont. I don’t want to put on false gravel in my voice, or sing about things that I’ve never really done. But when it comes to the feeling of the blues, I believe it’s universal to anyone who wants to sing it or play it. My songs are about emotional things, desires, dreams, disappointments, humor and sadness. EVERYONE from everywhere can relate to that. When it comes to playing guitar - I never sat down and learned Robert Johnson note for note. I don’t have the patience. I created my own style based on what my ear hears. I mix in rock and roll…folk…a tiny bit of jazz. I’m not a purist. But I always want to play with authenticity, great time, and great tone. I’ll keep striving for that until I take my last breath.

What were the reasons that you started the Blues researches and experiments?

I was so so lucky that my father and mother listened to music of literally ALL styles. They had classical music, jazz, African, experimental avant-garde…West Side Story…Beatles…Pete Seeger. You name it. But they had T-Bone Walker, BB King, John Lee Hooker, Leadbelly, Otis Redding and other blues music too…I understood the solitude and the emotion in these albums immediately and at a very young age. The blues has always been with me and in me. But I also was born with, and then later developed the skills to write all kinds of music. I love pop music. I spent years making it - like being a candy maker. It’s fun. But too much candy can make you sick… you need a real meal, real food…hearty sustenance…that is what the blues is for me.

Well, the most immediate one would be Jason Ricci. I’d never actually met Jason before we worked together the first time on “Dirty Memory”. But I’d seen him on YouTube, particularly one solo he played while on tour in Europe with Walter Trout. I saw how special he was - the passion, the fire, the soul. Immense technical skill too…but always the feeling first with Jason. Absolutely amazing. He inspires me every time we play together and I want to please him and have his approval. I want the audiences we play for to feel the special feeling Jason and I both get while making this music. I study music theory and guitar with a New York based guitarist, teacher and genius named Paul Sullivan. He has taught me so much and showed me that we all have to humble ourselves to the universal power and depth that is music. There is always something more to learn, master and share. Advice? - everyone is my teacher….it’s up to me to listen.  And try not to take things personally. We’re all just brains in sacks of bone and water walking this earth in a dream. "The blues will always live on…its form and sound will change. It already has…listen to Leadbelly and BB King back to back…they were alive at the same time for a period of time…but how much more different could they possibly be? And yet…they are both the blues." (Photo: JJ & Jason Ricci)

Well I did open for Keb’ Mo in Tampa one time…and as you know it can be tough for lesser known opening acts.  It was a beautiful old southern theatre with amazing architecture and sound. I started my set, and a few people were talking loudly…a large section of the audience started “shushing” them (telling them to be quiet). I was so grateful for the respect and opportunity to show these people what I could do…

Recording “Dirty Memory” with Jason Ricci was a life changing experience. There is only one song on that session that has overdubs. Everything else was cut completely live in the studio. That may not seem like a big deal to some…but these days with all the technology it’s as if you almost have to fight to make a situation like that come about.

Well…technology has changed EVERYTHING in our world and society. We allow computers to do things for us automatically, and many musicians eschew learning their instruments, learning music and learning to perform. The price paid is that if you copy and paste a performance in the studio, like you would copy and paste the wording of some legal brief or instructional manual…You get the same results.

Boring repetition. The soul and excitement is in the “mistakes”, the imperfections and the spontaneous happenings that can only occur between human beings. The blues will always live on…its form and sound will change. It already has…listen to Leadbelly and BB King back to back…they were alive at the same time for a period of time…but how much more different could they possibly be??? And yet…they are both the blues. 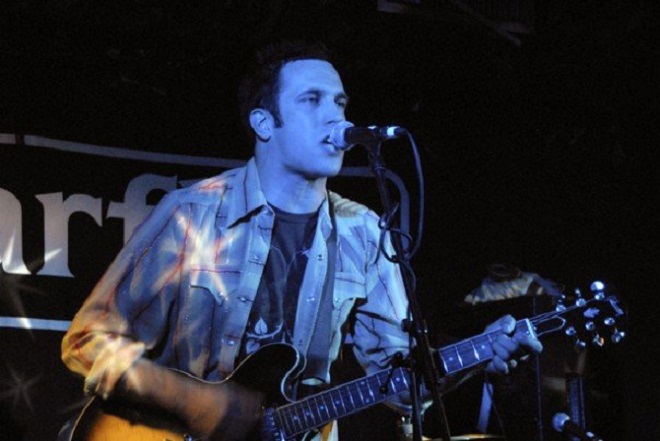 "I created my own style based on what my ear hears. I mix in rock and roll…folk…a tiny bit of jazz. I’m not a purist. But I always want to play with authenticity, great time, and great tone. I’ll keep striving for that until I take my last breath."

Young people not taking pride in learning their instruments, studying music theory, jazz and classical. You want to be a great blues player? Don’t imitate Stevie Ray Vaughan…learn how music works. You’ll still be playing the same blues scale as everyone else but the knowledge you have behind it…the understanding of the notes will make you sound even better. Taste can be learned. Play fewer notes.

What touched (emotionally) you from the nowadays blues circuits? What is legacy of Blues from the 20s to 00s?

Frankly, the most amazing and underrated blues artist in the world is John Hammond, Jr, I feel he’s taken for granted…cause he’s so natural and he’s always been there. Go see him any chance you get. Almost every artist has something to offer me emotionally and give me something to learn from. Some are deep, some are more good time performers…but they all have something to give.

What is the impact of Blues on poetry, and between Blues to the racial, political and socio-cultural implications?

Please speak to Cornel West regarding this matter. I have no idea.

I would have loved to have been in the audience at the recording of BB King’s Live at The Regal. 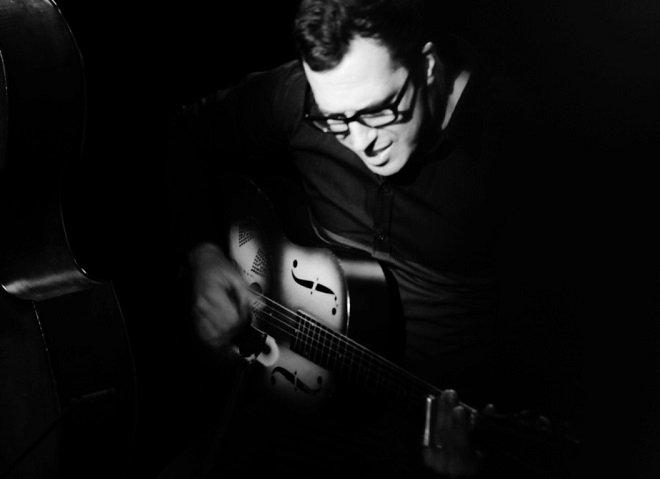