"I think it's had a strong impact on what goes on, because first of all the music speaks to the people, if it’s African-American music, say for example the young kids, they listen to rap, they’re speaking to people who know life-style, the same lifestyle, if there’s a message in it that they want to come across, people understand the message and they respond accordingly."

Robert Cray: That’s What I Heard Cray and Steve Jordan started working together in 1999 when Jordan produced the Grammy-winning, Take Your Shoes Off, and the recent Grammy nominated, Robert Cray & Hi Rhythm. That’s What I Heard is their sixth album together and was recorded at L.A’s Capitol Studios. The album has a distinct Same Cooke vibe to the music. Robert’s band features Richard Cousins (bass), Dover Weinberg (keyboards), Terence F. Clark (drums), and Steve Jordan (drums, percussion).

What do you miss most nowadays from the music and the feeling of the past?

Well you know, there’s not a lot of what I call the blues and soul and that kind of feeling to compare the music that is called soul and blues these days, it’s changed. And I guess change is always kind of difficult in one’s mind sometimes to accept.  But you have to accept it. Like now, we don’t have John Lee Hooker, we don’t have BB King, we don’t have Bobby Blue Bland anymore you know? That’s how the world is, that’s how life is. I guess it’s best to say that I miss those people.

Well the hopes are that people can go back and listen to some of those bug names that I just mentioned, and be inspired through that, as well as yourself, as well as the times you’re living in, but to never forget those who came before, or your inspiration as well.

What are the lines that connect the legacy of Afro-American music from Gospel to Soul, R n’B, Funk, Blues and beyond?

I think the main line is emotion, feeling. Being personal with the music. Whether it’s the gospel and the emotion that comes out of gospel music, even jazz, for example, just people playing their emotions and the feeling that they get from playing their instruments. I think that’s how they connect.

How do you describe what characterizes your music philosophy?

I think being in the moment, you know? Being there and participating and being there for the song.  I think that’s the most important thing. And I’m putting that into the context of being on stage live, when there’s so many different things that can grab your attention, whether it’s the audience or whether you’re thinking about the next song while you’re playing one song, whatever. You have to let all those other things go and be there and be focused into the song. It’s an ongoing process it’s a philosophy that I think about and it’s also a challenge. But I find that things work the best once you’re focused for the tune, ‘cause you play for the tune, you’re not playing through the tune.

And how do you want it (your music) to affect people? 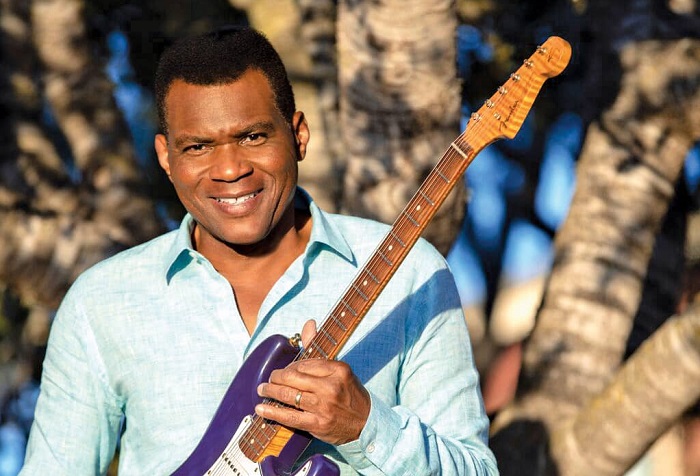 "I think the main line is emotion, feeling. Being personal with the music. Whether it’s the gospel and the emotion that comes out of gospel music, even jazz, for example, just people playing their emotions and the feeling that they get from playing their instruments. I think that’s how they connect."

What is the impact of Afro-American roots music on the socio-cultural implications?

I think it's had a strong impact on what goes on, because first of all the music speaks to the people, if it’s African-American music, say for example the young kids, they listen to rap, they’re speaking to people who know life-style, the same lifestyle, if there’s a message in it that they want to come across, people understand the message and they respond accordingly.  And the music used to be so much more regional, say for example New Orleans jazz or the blues out of the Delta, or the blues coming from Chicago overtime, it spoke to certain communities and the music spoke to their communities in order to make the people who knew the same lifestyle, to understand and to make them feel good or to tell them a story. Nowadays it’s changed, the lines have been blurred with the massive amounts of communication and streaming and record production. It’s harder to grab masses in the same kind of way that you could do with people regionally.

Well I learned that you have to be yourself.  And I think that once you understand that you have to be yourself, you are unique, everybody is unique you know? I’ve learned that if you’re honest with yourself, everybody is equal, everybody is the same, what they want with life is the same, to be happy, to be healthy. I think that’s the most important thing and that nobody is better than anybody else. Everybody has their own way of interpreting life or music. So, I guess those are the most important things I’ve learned.

I think Albert Collins, when we were young and we used to back him up.  He said “Have you called your parents? Do they know where you are?” (laughing) I think that’s important, to not forget your family.

Why do you think that Robert Cray continues to generate such a devoted following?

I’m hoping that people like the messages that we’re sending and it’s a good feeling. And I think people enjoy our energy and what we bring to the table when we come to play, we give it our all and we have a good time and we play... I think that’s what people come to see.

Is it easier to write and play the blues and soul as you get older?

I don’t know if the process of song-writing is any easier, but I think with more experience in life you have more to write about.                  Robert Cray / Photo credit by Jeff Katz 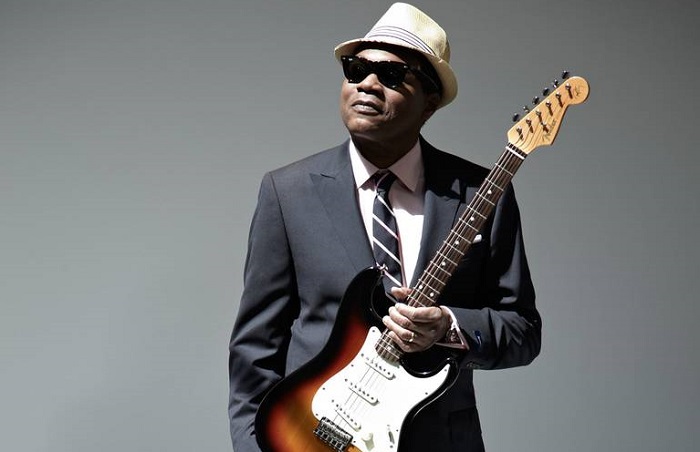 "It would all depend on the song. Some songs are serious, so if I can get the focus to get the song across to people, that’s what I’d like to have accomplished, if it’s a serious tune. If it’s a fun song, then that’s what I’m trying to accomplish as well, yeah it would depend on the tune."

What is happiness (for Robert)?

Just being healthy and knowing that the family is fine too, and being able to do what I do, with music.

Hm, I don’t know. I don’t know if I want to know what’s gonna happen in the future and think about that. (laughing) I think I want to be where I’m at right now and just live in the moment, ‘cause you never know what’s around the corner and I think that’s a good thing. I think that’s a good thing. Never wanted to plan too far in advance things except for dinner. (laughing)

Are there any really funny memories from studios, and studio sessions that you’d like to share with us from the last album?

Oh yeah, there is one. When we were in the control room, we were taking a break recording, a lunch break and so we were in the studio. There’s a lounge upstairs above the control room, so I was upstairs and my family was there, so I’d gone up and then I came back down into the control room and there’s a door into the control room that leads into the hallway. And so as I came down the stairs, there’s this guy standing in the doorway and immediately I’m thinking “Oh somebody left the door open” cause they were listening to a playback and there was a guy standing there and I was thinking “Oh we should have closed the door”. So I didn’t say anything to that person and I start to walk over to the control board and I turned around and I looked again and it happened to be Steve Perry from the band Journey. And I turned around and I said “Hi Steve, I’m Robert.” And he said “Hey man, that’s a great tune you got there, I want to sing on that.” He had come in to see one of the engineers that was working on our record with us, Niko Bolas is engineer’s name, he has worked with Niko in the past and had come to see him and our producer said “Yeah sure” so both of the Steves went into the room and they sang background on the song. That was a funny story. 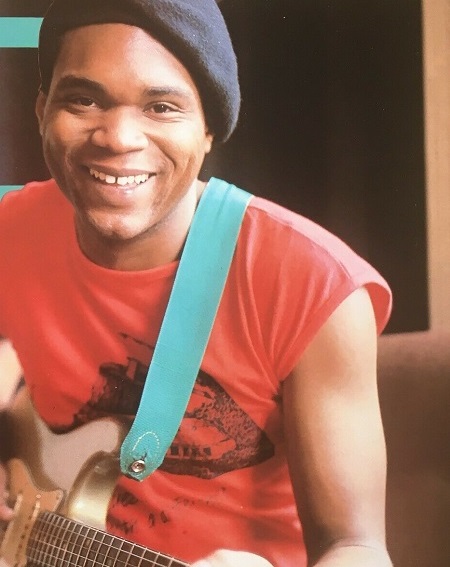 First the difference between the new one and the first one is in the first it was my first ever time in the studio and nobody told me that I could turn my amplifier up. (laughing) That’s how I played and when I went back and listened to that first album the guitar sounded so thin. It was a matter of experience. Your first time at the studio, you don’t really know the producers and you know, to this day now we have all this studio experience and I have to quote our bass player Richard Cousins “Making this record was the most fun we’ve ever had in the studio” and I have to agree with him. We had a really good time, worked with really great producers, like Steve Jordan, worked with excellent engineers and you know the people that helped the record, Chuck Findley on horn, Trevor Lawrence on horn, Ray Parker Jr. adding a little guitar, Steve Perry singing on something, Steve Jordan playing drums on something, we just had a blast in the studio, so those are the big differences.

And my last question is what has been the hardest obstacle to overcome as a person and as an artist and has this helped you to become a better blues musician?

I think that the biggest obstacle over the years has been just being yourself and I think now overtime it makes it a lot more comfortable to be yourself. Get out of your own way, mentally. Just be in the moment, be free on stage. Experiment take a chance don’t get locked up in your head.  And you’ll find that you can go places with music.