"Music, in general, has a huge impact on people, culture, and politics. The influence of the Blues is historically immense! From a dark history rooted in African-American slavery to British blues-rockers bringing the music to the spotlight; the music has since transcended era, race, and culture. It's brought people with completely different backgrounds together and has been a vehicle for expression."

Homegrown Montrealer, Justin Saladino leads a guitar-driven contemporary blues/rock 'n’ soul group with powerful guitar playing, sultry vocals, and genre-blending compositions. Firmly backed by the foundation of Denis Paquin and Gabriel Forget, the explosive core trio has brought their much-acclaimed albums A Fool’s Heart (2018) and No Worries (2016) to stages across Eastern Canada. "JSB Live" (2020) is the band's third record, on BROS Productions and Believe Digital in Canada and worldwide. JSB Live was recorded over two nights in front of an audience of loyal fans at Quebec's largest recording facility, Piccolo Studios. "Six musicians, two shows and 11 songs....I'm proud of that," says Justin fondly of the group’s new recording.  The album is a true, live music experience and fan acknowledgment, feeding a desire for a live record. With the addition of an electric take on Tom Petty's "You Don't Know How It Feels”, JSB Live delivers a diverse setlist of the band's history to date.                Photo by Zachary Saladino 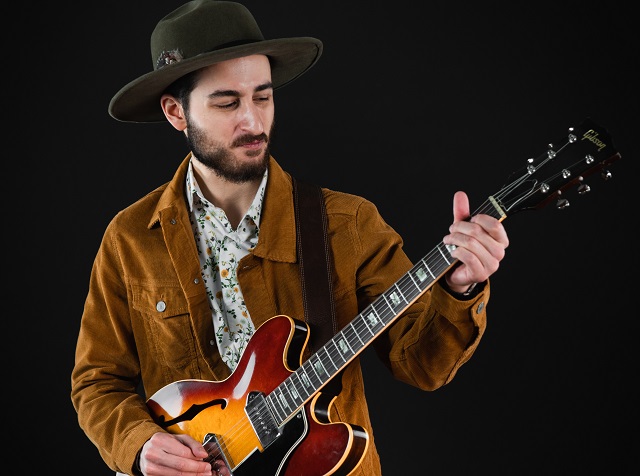 In 2018, the 21st annual Maple Blues Awards nominated the group for New Artist of the Year in Canada. The following year, Blues and Roots Radio acknowledged JSB’s country-crossover tune, “Third Week Of June,” as 2018 Song of the Year under the group category. The band was also selected to represent Quebec and compete with over 200 other acts from around the world at the 2019 International Blues Challenge in Memphis Tennessee, hosted by The Blues Foundation. The band is no stranger to major festivals, having appeared on multiple occasions at the Tremblant International Blues Festival, Montreal International Jazz Festival as well as the Ottawa BluesFest, and Festival d’Été de Québec in 2019. The group also showcased at the bi-annual all-Canadian Blues Summit held in Toronto. This rich history has informed the 10,000 hours of experience reflected when Justin and his band steps on stage. JSB LIVE stands as a formidable recording capturing the band in full bloom. The band are: Justin Saladino (Vocals/Guitars), Gabriel Forget (Bass), Denis Paquin (Drums), Antoine Loiselle (Guitar), David Osei-Afrifa (Keys) and Lucie Martel (Vocals/Percussion).

In general, I think having interests that vary from the mainstream is a great thing. Obsessing over Hendrix, S.R.V. and so many others as a millennial in grade school certainly isn't the norm but it connected me with the local blues scene which is such a tight and supportive community full of amazing artists. Many of these artists acted as incredible musical mentors, playing a huge role in my career - not to mention, the sense of identity I found thanks to music.

Our sound pulls from a lot of places as does my music listening. Though I am the primary writer of the songs up to now, I know from experience that the final result of a song is hugely impacted by the musicians that help shape the final arrangement. I believe that, just like in improvisation, the blend of one's influences is what creates the unique vibe and color of a tune and therefore I'm not trying to be any one-thing exclusively. I'm really striving to give the songs what they're asking for throughout the creative process. The number one drive for all this is the feeling of when it all falls into place on stage in front of a receptive audience and seeing how the fans give the songs life with their reaction to the performance. 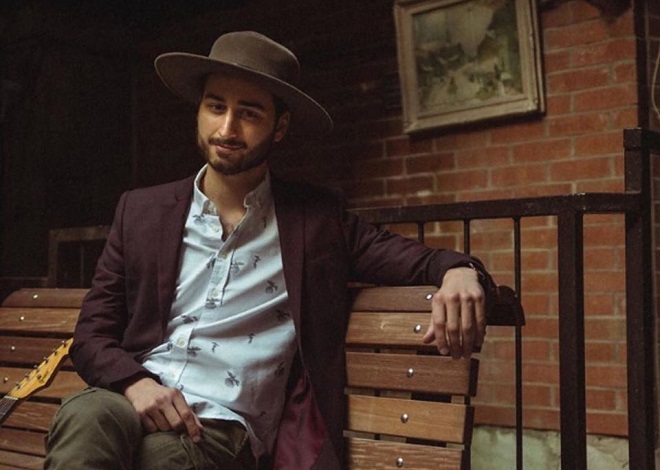 "In general, I think having interests that vary from the mainstream is a great thing. Obsessing over Hendrix, S.R.V. and so many others as a millennial in grade school certainly isn't the norm but it connected me with the local blues scene which is such a tight and supportive community full of amazing artists. Many of these artists acted as incredible musical mentors, playing a huge role in my career - not to mention, the sense of identity I found thanks to music." (Justin Saladino / Photo by Mat Turner)

I think one of the most striking memories for me happened this summer at the Ottawa BluesFest. We had never played at this festival or even in this city before but when we started our set, the fans started coming to the front and a few were singing the lyrics to our songs. In my opinion, there's no greater honor for a songwriter than having people sing along! I should also mention the moment when Antoine Loiselle (guitar) started playing the wrong song during the live recording. We all stopped, looked at him as he realized he skipped a song and started laughing. I chose to break the tension by giving him a hug and kiss on the cheek, probably embarrassing him more! It was a great moment.

Not that I got to experience the music of the past first-hand but I miss people tripping out on live bands. Of course, it all depends on the style of music we're talking about, but it seems that in a lot of mainstream music the priority isn't on the live band bringing a musical experience. There are so many other aspects now that can dilute the music. When I talk with friends and older students who used to go to shows and fall in love with the musicality of the band. All that being said, there are artists who are still playing live the old school way and turning out audiences who show up for an authentic live music experience.

What comes to mind quickest is how devalued music is these days. I'm not bitterly pointing at streaming because, as a kid, I used LimeWire (in the 2000s Torrent/ Napster days) and that yielded no profits for artists, so I'd feel hypocritical. But I don't sit easily with how little artists receive after their share is filtered and fractioned off as much as it is. We've lost the idea of paying for music to gain access to it because the accessibility is so easy. Though I did get to check out all kinds of great stuff because of this technological change, I still prefer to buy an album so that the artists get something for their work and so I can hold a physical copy. Sadly, it seems to be a dying preference to buy albums so if I could change one thing it would be instilling the importance of paying for the music we listen to. 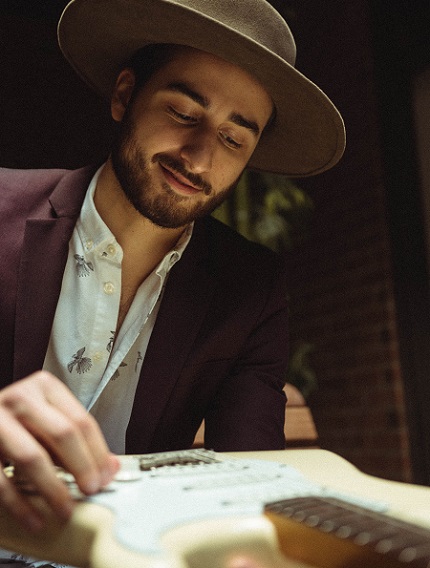 There are so many great artists playing blues and rock across the country. Some Canadians on my heavy rotation right now are the Bros. Landreth (Joey Landreth), Big Wreck (Ian Thornley) and Ariel Posen. Montreal also has many talented artists that I've had the good fortune of knowing and playing with such as Paul Deslauriers (Band) and Dawn Tyler Watson. I also can't go without mentioning local legend Frank Marino who made my jaw drop at the Playing With Fire Festival in Omaha, NE back when I was about 15.

What would you say characterizes a Live performance in comparison to studio sessions and recordings?

Of course, it differs depending on so many things, as it depends on the style of music and the group. For me, two things are for sure. A live show is a performance for an audience and a musical moment where the group is playing together at the same time. For myself, I also love having some spontaneity even if the show is well-rehearsed. A studio record can be similar as it can be recorded mostly live but, for me, if I'm looking for a high-quality and sonically 'full' record there's an amount of overdubbing that's usually necessary as well as doing vocals separately. I love tracking the bed tracks live - in our case: guitar, bass and, drums. From there you can build on something that feels organic but still allows for the use of different guitars, amps, and sounds for different sections and parts.

What is the impact of Blues n' Rock music and culture on the racial, political and socio-cultural implications?

Music, in general, has a huge impact on people, culture, and politics. The influence of the Blues is historically immense! From a dark history rooted in African-American slavery to British blues-rockers bringing the music to the spotlight; the music has since transcended era, race, and culture. It's brought people with completely different backgrounds together and has been a vehicle for expression.

It might not be what or when you'd expect. In the late 90s, there was a period of genius musical collaboration that happened with the Soulquarians at Electric Ladyland Studios. This is, in many ways, the birth of neo-soul. D'Angelo, Erykah Badu, J Dilla, Questlove, and many other incredible artists and musicians were there to produce legendary albums Mama's Gun and Voodoo (among others). I've read articles on how they were all collaborating and forming a sound that was fueled by the music they listened to in-studio: Stevie Wonder, Led Zeppelin, Marvin Gaye, and, of course, Jimi Hendrix - whose spirit was thought to be living in a cat that was at the studio (based on an article I read years back). The cat supposedly popped in on the sessions and stuck around when the music was good. It fascinates me how they formed such a refined, organic and unique sound based on a blend of R&B, rock, and pop artists while blending hip-hop and other modern textures. I'd really like to be that cat who dropped in and out of those sessions. 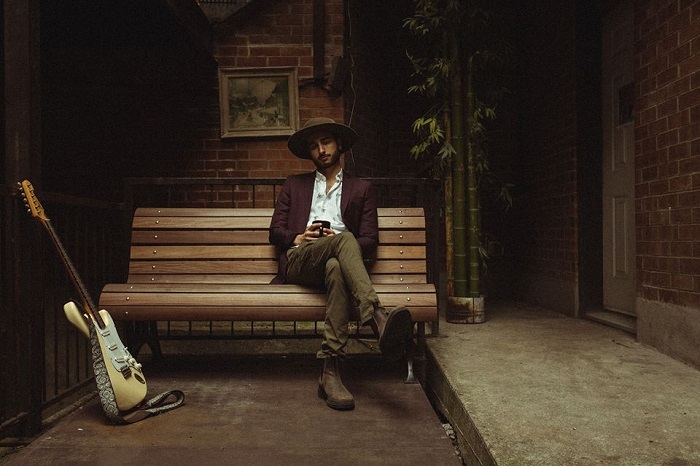