"Black music is what brought us jazz, blues and rock. Being honest, truthful and expressive, that music naturally attracts people who aspire to be the same. For a time, it was the voice of change which once seemed imminent. Now it is infected with corporate greed, but the roots are still unspoiled. It just takes a working brain to see through the hype and someday maybe we won’t be fooled."

Alex Apostolakis was born in Thessaloniki, Greece in 1967. He began playing drums at the age of twelve, turning professional at 19. He has been a member of The Blues Wire, Greece's best known blues band for 18 consecutive years and played literally thousands of concerts with them in Greece and abroad, appearing at blues festivals all over Europe. With this band he has backed an impressive array of blues luminaries visiting Greece, including John Hammond Jr., Louisiana Red, Carey Bell, Katie Webster, Big Time Sarah, Johnny Mars and many others, all of whom praised the band‘s thorough command of the blues idiom and its many shadings. From 1996 on, he started appearing in sessions for other Greek artists and bands, also appearing live with nearly all of them, turning the roster of the people he has collaborated with into a virtual who's who of the Greek music scene, playing everything from rock to electronica as well as free improvisation to singer-songwriter music, resulting in 45 albums to date.            Photo by Mary Kontrast 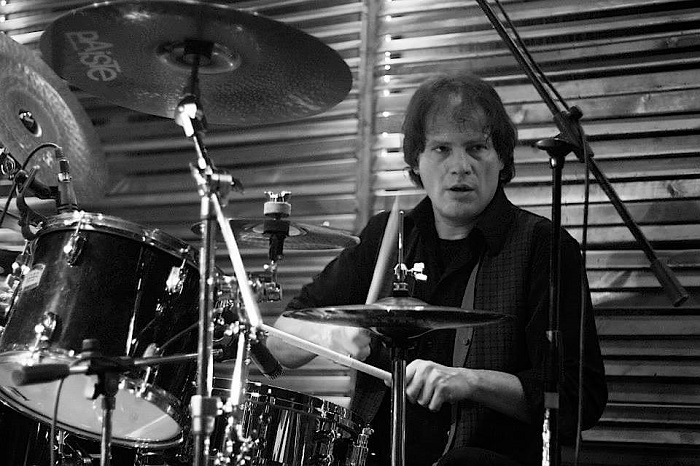 All the names would be too numerous to mention, but the most notable ones are Thanassis Papaconstantinou, Dionysis Savvopoulos and Socratis Malamas. All this work led to his amicable split with the Blues Wire Band in 2004. He has worked with Thanassis Papaconstantinou and the renowned "Laikedelika" ensemble from 2001-2009. The sound they created defied categorization owing as much to Greek folk music as it did to avant-garde, jazz and rock. Alex has also staged, directed and composed music for a number of multi-media shows that featured computer-aided visuals and live music, furthermore his playing has been featured in a number of soundtracks. In 2012, he has teamed with the Sonic Ark studios and released "Loophole'', a drum loop library with a snare replacement sample collection as an added bonus. He is known as a high-energetic and enthusiastic player with a strong sense and feel for unusual sounds as well as for his great stage presence, handling many musical styles with authenticity.

What do you learn about yourself from the blues music and bluesmen? What does the blues mean to you?

I learned that there is one pure emotional outlet in the blues...you know each one of us feels overwhelmed by emotions and feelings at one time or another, and it’s been said that music expresses it best. The blues in particular is so good at pointing out how you feel that it is irresistible. Bluesmen I’ve known showed me that they too, are people like everyone else. I’ve met wonderful, sharing, smart people and I’ve also met arrogant, defensive and bad-mannered sons of bitches, and that is a mirror of life itself.

The blues to me is sharing your mood with the world and a great excuse for a party, too.

What were the reasons that you started drums researches? How do you describe Alex sound and music philosophy?

Well, I loved the look, the sound and the feeling of the drums and when I first sat behind a kit I played something simple but in time with the music. It hit me right then and there - I was part of the music! - and it felt so good that I had to have more. So I started being a sponge about everything that had to do with drums, absorbing all I could. My sound is hopefully fitting to the music I play, or else it is in glorious contrast with what the ‘’norm’’ would be. I love the classic approach but I also think I have an ear for left turns that catch the listener completely off-guard. After all, I have played many kinds of music and I honestly think there are gems in all genres. 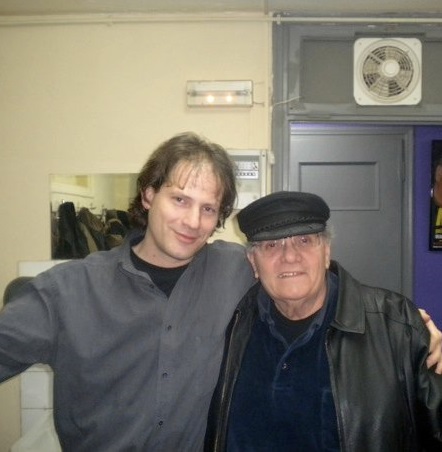 Profoundly. It showed that there is an alternative to the dreariness that is imposed on us every day.

"The blues to me is sharing your mood with the world and a great excuse for a party, too." (Photo: Alex & Nick Gravenites)

All acquaintances are important; However, meeting an absolute gentleman like John Hammond, Jr. and eventually backing him up with an electric band -which is something he does not normally do-bestowed a huge honor on me. Seeing how sweet and kind Albert Collins was up close, having a legend like Albert King address me (a then 27 year old white kid) as ‘’sir’’, the long and witty conversations with Nick Gravenites or the genuine big heart of Louisiana Red...all of this is with me always.

My father, in the form of a proverb. ”More bread is eaten with honey than with vinegar’’.

There are so many, as I’m sure everyone will tell you(the blues has a way of attracting the bizarre, you see). One that always brings a smile on my face is the memory of a drunken proprietor in a club in rural Greece, pointing a double-barreled shotgun at the band, demanding a fourth encore alongside a crazy audience.

Real instrumental and songwriting ability. I have neither fears, nor high hopes. The percentage of real people vs. just humans doesn’t seem ready to change yet.

I would like to take away the stereotyped idea of fame through talent shows and teach young kids that paying your dues is much more rewarding and stable in the long run. Oh, and bringing back vinyl but much cheaper, so that everyone can afford it. 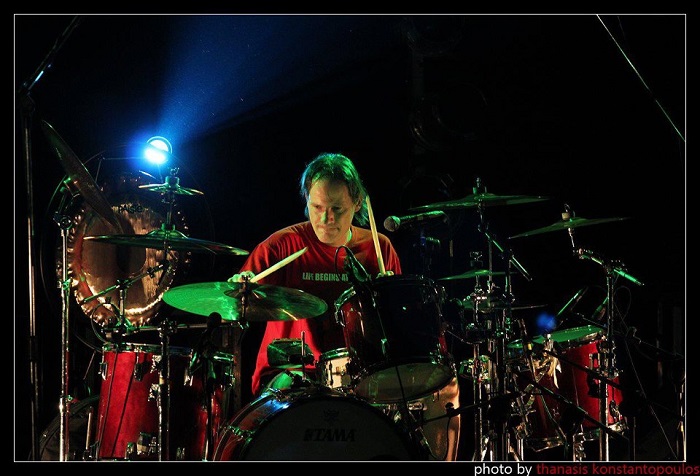 "The sense that I get to play music with many of my idols was always overwhelming. The simplicity of dealing with obstacles in a straightforward manner and the truth that was right there before me to be a part of." (Alex on stage / Photo by Thanasis Konstantopoulos)

As far as I’m concerned, it reached a peak at the same time that the blues was globally ‘’in’’ again, i.e. 85-95. But bands and musicians appear every day, because blues always touches people.

What has made you laugh and what touched (emotionally) you as backing drummer with American bluesmen?

The sense that I get to play music with many of my idols was always overwhelming. The simplicity of dealing with obstacles in a straightforward manner and the truth that was right there before me to be a part of.

What is the impact of Blues, Jazz and Rock music to the racial, political and socio-cultural implications?

Black music is what brought us jazz, blues and rock. Being honest, truthful and expressive, that music naturally attracts people who aspire to be the same. For a time, it was the voice of change which once seemed imminent. Now it is infected with corporate greed, but the roots are still unspoiled. It just takes a working brain to see through the hype and someday maybe we won’t be fooled.

The mid-seventies, in London or L.A. 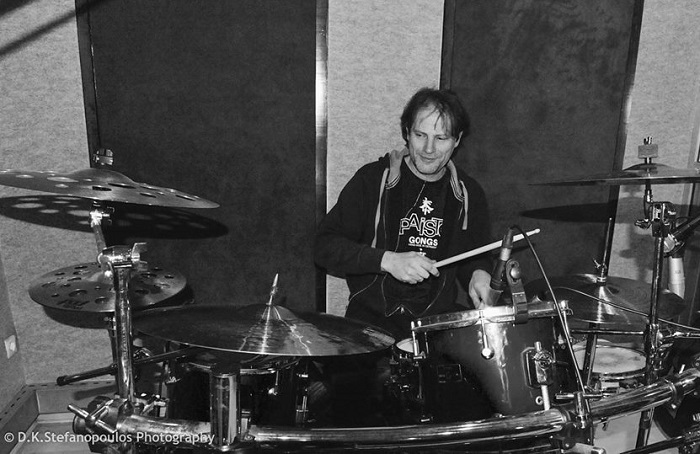