Q&A with guitarist John Campbell of ARE YOU EXPERIENCED? - the top Jimi Hendrix Tribute band in Europe

"That music would unite people with the message that Jimi Hendrix tried to promote Love, Happiness, and Peace!"

John Campbell: Are You Experienced?

ARE YOU EXPERIENCED? Are widely acknowledged as the top Jimi Hendrix Tribute band in Europe. They were formed in 1996 by guitarist John Campbell. John (an ardent longtime Hendrix fan) is in his element playing Jimi’s music and re-creating the live stage show. Fans who have actually witnessed the real thing are amazed at the Hendrix vibe that Are You Experienced? bring back to life. John says “I get a real buzz out of watching the crowd when we’re playing. And I like to think that I’m doing my bit to introduce Jimi’s music to a new and eager audience. Jimi was truly unique”. The on-stage resemblance is there for all to see, and with showmanship that harks back to Jimi’s late 60’s performances, the show is a must for Hendrix fans. Front man John has appeared on TV’s Trisha Show- Sky One’s “Death by Excess” & The One Show. 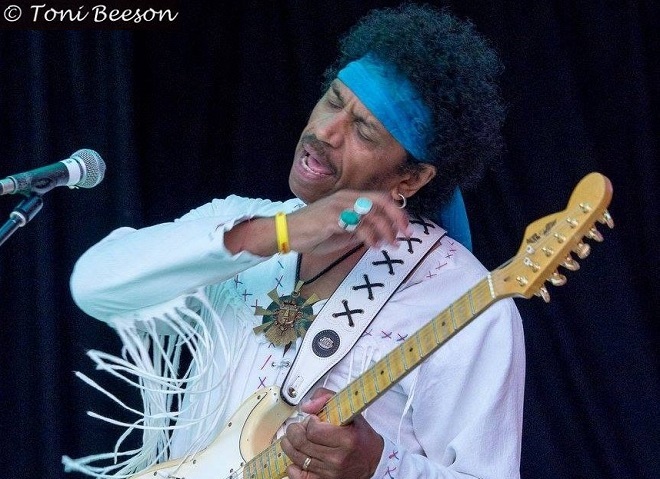 The band were also featured on BBC 2’s ARENA special “Into The Limelight” to critical acclaim. The Band have played in Europe, Barbados & Brazil where they performed at The Hard Rock Cafe. Rio De Janerio for the launch of the Brazilian film Rock/Doc “Hey Jimi” Which they featured in. In 2014 Jimi’s younger brother Leon Hendrix came over from the USA to play a string of dates in the UK. John Campbell was handpicked to join his band on lead guitar for the dates.

I don't really see rock and Blues as a counterculture these days as it's accepted as the norm and has not really had any effect on my views of the world.

How do you describe your sound and songbook? What touched (emotionally) you from Jimi Hendrix?

What touched me about the music of Jimi Hendrix is the fact that he could reach so many people and make them feel what he was trying so hard to put across. When I play his music, I try to interpret it rather than copy it parrot-fashion. Jimi' played what he felt at any given time.

Why do you think that Jimi Hendrix music continues to generate such a devoted following?

Because he was unlike any other musician before or afterward. He made a worldwide impact on the music scene that was that of a wild man, but time, as shown that he had many facets and was a prolific songwriter who's style incorporated, many styles of music.

That music would unite people with the message that Jimi Hendrix tried to promote Love, happiness, and peace! 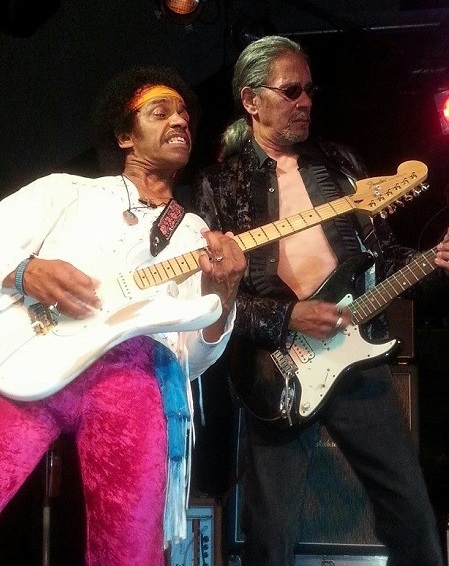 Probably opening The Isle Of Wight Festival in 2010 to mark the 40 year anniversary that Jimi played there shortly before his death. Also, the first time I met and played with Jimi's brother Leon Hendrix. He gave me an insight into what it was like growing up with Jimi.

"Always be true to yourself, keep your feet on the ground. Always be humble and appreciate that you are lucky to be doing what you love."

Quality, originality. melodic songwriting, Lyrics that pull you in as soon as you hear the first line. Live music venues and musicians need more support and help from our Government. I fear for the future of music as it has become bland and faceless, with TV shows churning out disposable music with disposable artists. I wonder where the big personalities have gone to. Too many faceless so-called stars with zero charisma.

Always be true to yourself, keep your feet on the ground. Always be humble and appreciate that you are lucky to be doing what you love.

What is the impact of Blues/ Rock and Hendrix music on the racial and socio-cultural implications?

Unfortunately, I don't think Jimi's message that we should all live together and be tolerant of others has had any lasting effect. In general, Black people still like Black music, white people still like white music. Jimi was under a lot of pressure to play Black music and had problems in the USA with getting radio airplay as they thought he was playing white music so wouldn't get airplay on Black stations and vice versa with Black stations. Jimi didn't see colour just people.

Music-wise? Probably to see Jimi Hendrix playing in a small venue in London not long after his arrival so I could stare with slack-jawed and wonder what the Hell I was witnessing?

Are you Experienced? - Home 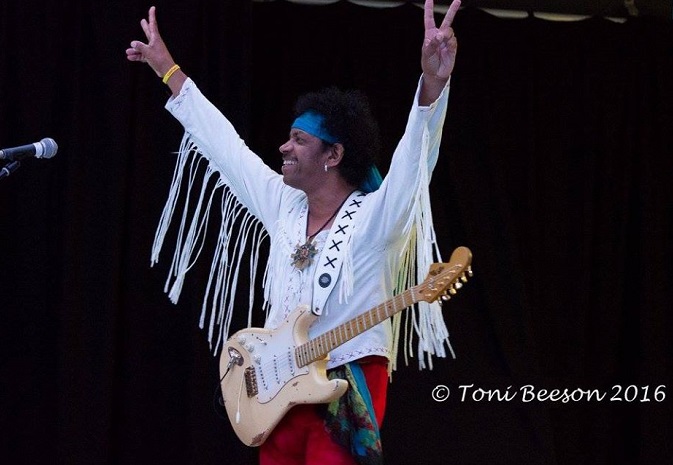