Q&A with guitarist/musical director Lars Kutschke, his new album mirrors the musical journeys in the music

"It's so hard not to lose hope in humankind these days. To me the arts are one of the most valuable points proving that all's not lost, that humans are capable of doing something good."

Lars Kutschke: The Sound of Memories

German born Lars Kutschke started writing and performing songs and playing music for a living in the mid-90s, which included playing every gig from weddings to TV Shows and musical productions. As musical director for the band of Michigan-based Gospel/blues artist Sharrie Williams, Kutschke toured 40+ Countries on 5 continents and, more importantly, had the chance to cut his teeth sharing bills with Buddy Guy, Taj Mahal, the Holmes Brothers, Lucky Peterson or Joe Bonamassa. He co-wrote and co-produced 3 albums for Sharrie - all of which were nominated for the American Blues Music Awards (BMA). Connections in the Blues circuit also lead to performing with other artists of the genre, including Bettye Lavette, Alberto Marsico, Tad Robinson, Sax Gordon, Alex Schultz, Kirk Fletcher and others. The guitarist cut his first solo album in 2012, featuring Sharrie Williams on vocals and Chris Coleman, drummer for Prince and Beck. 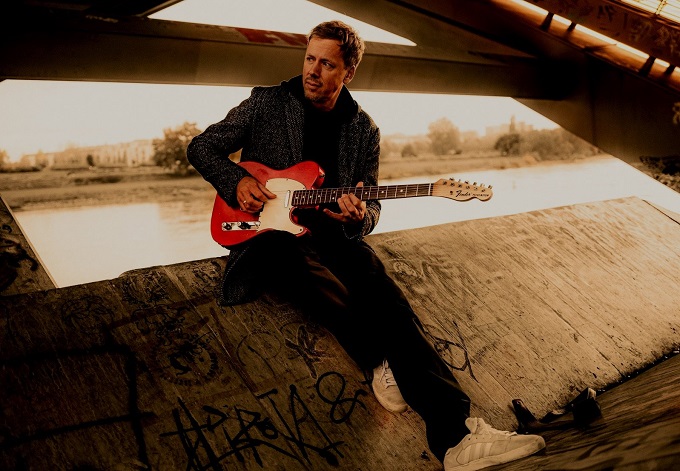 His new album “While We’re Here” on Timezone Records (2022), is a labour of love recorded with many friends from the international music scene. Lars says: “The album mirrors my musical journey and is filled with contributions from long-time friends I’ve met along the way. My first release was a one-band-3-days-in-the-studio thing and this here is different. Whenever I finished an idea or a song, I called some friends and we’d see what we could do with it. As a result tracks and my guitar work are graced with contributions by Alex Schultz, Tad Robinson, Kirk Fletcher and Simon Oslender, to name just a few. I think I counted 26 musicians who are involved. Mixes were done in New Jersey by Hanan Rubinstein who’s not only a helluva engineer but happens to be a bona fide guitarist and part of the working band of Alicia Keys.”

How do you think that you have grown since you first started making music?

I would like to think that I've become a better listener, focusing on myself to a lesser extent and seeing the big picture instead. That's the goal anyway and it's a quality that grows later in the game whereas most (if not all) of the technical stuff is developed relatively early.

In any musical context I first try to listen and figure out (to the best of my abilities) what I can bring to the table. What spice could I add to this dish we're making here? And – maybe my voice is not even needed in certain parts? Sometimes I succeed, but I'm still growing and feeling far from perfect.

Where does your creative drive come from? What music moment changed your life the most?

Whenever I hear great music, no matter the genre, it makes me want to pick up the guitar. Lately it was Gene Ammons, trying to learn some of his lines, the way he approaches a Blues form. Then a student turned me on to some of Ravel's work and I've been listening to that a lot over the last months. Thank god I keep having these wonderful musical revelations....Three “early” key moments I can definitely put my finger on: Prince's “Sign O' The Times” movie, Egberto Gismonti's record “Circense” (well actually all of his work) and hearing Steely Dan's “Aja” for the first time. This was way before I got into the Blues, but those are still valid. And I keep digging in Blues history of course. I got two dear Friends who are walking Blues history books, Alex Schultz and Kirk Fletcher. They're like my teachers, it's incredible how much these guys know. 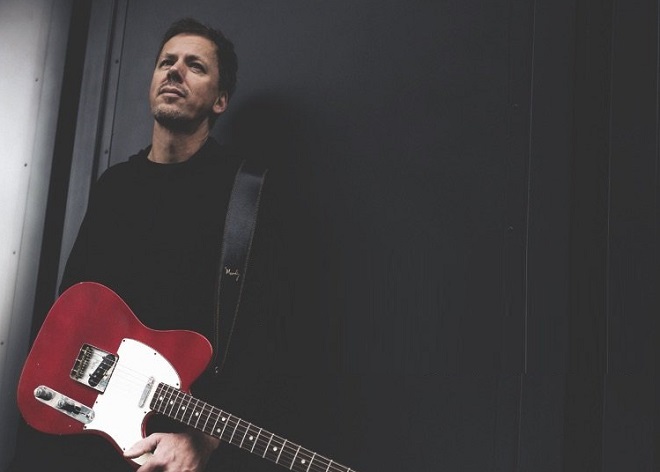 "I can only speak for myself as a listener: music can really be uplifting, good music can safe a terrible day and pull You out of a bad mood. I hope some of my music can do that to people, I've definitely seen that effect when I was playing with Sharrie Williams. And speaking about a life well lived: this is a cliché, but I'd say try to be kind to people You encounter. And be kind to Yourself: You can get up every day and try again to become a better person." (Lars Kutschke / Photo © by René Gaens)

Do you have any interesting stories about the making of the new album “While We’re Here” (2022)?

It was a weird record to make bc half of it happened during the pandemic, so tracks were boucing back and forth across borders, well, oceans. No big deal in many musical genres but it affects the vibe a lot. I have to add though, some tracks happened live in the Studio, like the trio pieces and the slow blues “Denise And the Nephew”. But I love the outcome, actually much more than my first album. We got away with the limitations and created some beautiful soundscapes. Hanan Rubinstein, who mixed the album, did an outstanding job. Next album has to be a live record, though!

What´s been the highlights in your career so far? Are there any specific memories that you would like to tell us about?!

Hard to pick one! Riding a Taxi in Florida with Hubert Sumlin, listening to his stories. Meeting Taj Mahal. Nerding with Joe Bonamassa about Telecasters. That would be a few.

How do you want the music to affect people? What do you think is key to a life well lived?

I can only speak for myself as a listener: music can really be uplifting, good music can safe a terrible day and pull You out of a bad mood. I hope some of my music can do that to people, I've definitely seen that effect when I was playing with Sharrie Williams. And speaking about a life well lived: this is a cliché, but I'd say try to be kind to people You encounter. And be kind to Yourself: You can get up every day and try again to become a better person. 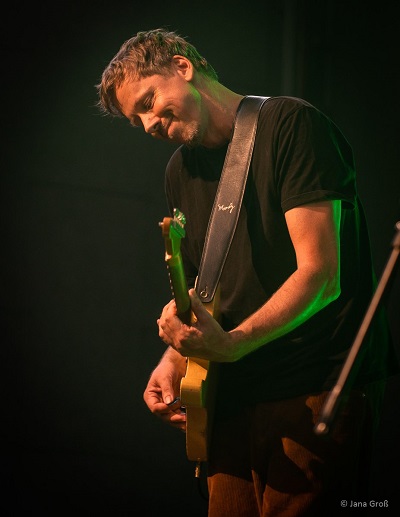 I'd say the most rewarding “lessons” took place on stages playing behind fantastic singers and locking in with great rhythm sections. That's where one really grows as a musician, where You learn how to play, when to play and when to shut up. Of course first You have to get Your stuff right and know Your instrument, but You can get all info You need by just watching Youtube and Instagram. Except the experience of playing together and function as a part of a unit. There are unbelievable cats among what I call the “Instagram players”. But to me it's only half the fun until You're in a room interacting with other musicians.

It's so hard not to lose hope in humankind these days. To me the arts are one of the most valuable points proving that all's not lost, that humans are capable of doing something good. You got the Trumps and Putins – but then You got BB King, John Coltrane and Bill Evans: all's not lost.