"I think Blues and Jazz has always had racial, political and socio-cultural implications, because It came from that type of background. I believe this type of Music gave African Americans a voice to be heard. Nowadays though anyone plays Blues or Jazz doesn’t matter what race or from what background."

The father daughter duo Lenjes Robinson and Yamirah Gercke have been playing music together for a very long time. Their new album NEIGHBORS coming out June, 1st 2017! After Berklee College of Music Yamirah returned back to Berlin and they began the Project “Bad Ass Freaks”. Marimba and Guitar is a unique combination, which they wanted to explore musically. The naming of the band came to florition after the first recording session. Band’s favorite cuts on the record are 'Spirits Entering', 'African Flower' and 'Reverned Crush' - written by Yamirah, like two other tunes on the record which are very unique. The title track 'Neighbors' was written by Lenjes and his friends in 1976. The neighbors in the house, they were living in, were raising hell, so the track was a reaction to the noise. The Band is filled with extraordinary people that are more than Friends. BAD ASS FREAKS feels and enjoy the music. The Bad Ass Freaks are here to give you dance grooves with sophisticated chord progressions. Yamirah is a versatile guitarist that covers the duty of playing and writing songs for this group. She transferred to Berklee College of Music and completed the Bachelor in Performance Guitar in 2016. Lenjes has been a much in demand drummer and percussionist. He is a Multi-Instrumentalist that plays Marimba, Congas, Bongos, drums and various African rhythm instruments. This funky jazzy sound of the Bad Ass Freaks is rounded out by Zam Johnson on Drums and Alex Will on Bass, and special guests Su Terry on Soprano and Lionel Haas on Piano.

How has the Jazz and Blues music influenced your views of the world and the journeys you’ve taken?

Jazz and Blues has influenced from the very beginning since I grew up with my parents being musicians. I listen too it from a very early age.  Since it’s always been a part of me I’m not sure how differently influenced me, but its always been with. The Journey I took due to Jazz was to play guitar and study music.

How do you describe Yamirah Gercke sound and songbook? What characterize your music philosophy?

I would say I play the guitar, and the sound coming from it is pretty calm. My Philosophy: music is life. I just love warm rich tones and bluesy sounds make me happy.

With some people it’s very easy to play with and those are the musicians/acquaintances I cherish. I guess the best advise is play what you want.

I played on the street quite a bit last year and I always enjoy the little kids that run up, they emit pure joy.

Nowadays music is more and more electronic, I fear musicians will become obsolete. But I hope people will always enjoy live music. 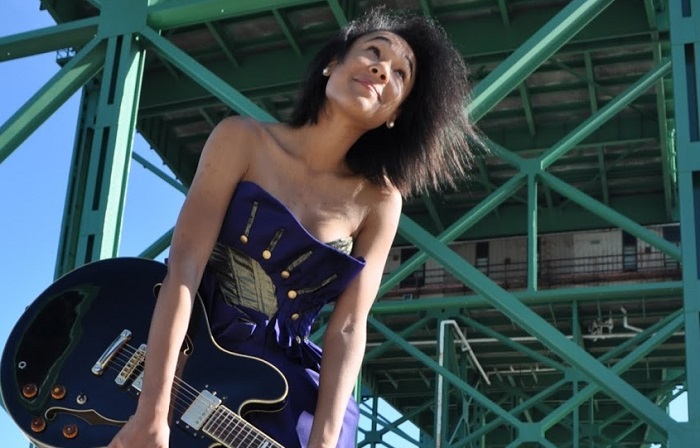 "I would say I play the guitar, and the sound coming from it is pretty calm. My Philosophy: music is life. I just love warm rich tones and bluesy sounds make me happy."

What has made you laugh and what touched (emotionally) you from Berklee College of Music?

Oh it was such a great experience; I really enjoyed learning from certain Profs. and playing with some peers of mine was a blast. Having late rehearsals that go until midnight to practice for my senior recital are memories I like to remember, or playing in my tiny room with a double bass and guitar where we could barley fit in.

The music industry is dominated by males so another thing I want to accomplish is being a female musician and inspiring other females to play music. I believe I can make a change for the better for females in the music industry and in general. My inspirations for female musicians are Emily Remler, Jennifer Batten, Orianthi etc. I feel like the statues in the industrie is still that everyone expects women to sing, which I just don’t like to do, I just want to play guitar and stop being aksed why I don’t sing, since no one asks men if they sing.

I think Blues and Jazz has always had racial, political and socio-cultural implications, because It came from that type of background. I believe this type of Music gave African Americans a voice to be heard. Nowadays though anyone plays Blues or Jazz doesn’t matter what race or from what background.

The Love Supreme Festival in London I want to go to either to just listen or play there with the Band Bad Ass Freaks. 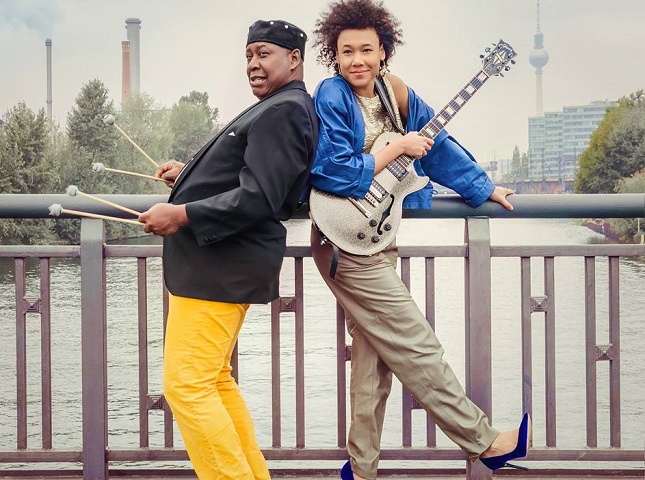