"Coming out of the ghetto is a constant theme and it’s no surprise that a lot of young kids abandoned the music which is most associated with slavery and segregation. Now many black musicians are moving back to it, rediscovering their roots and perhaps paying tribute to a great musical legacy."

ToneTrade is an independent production company set up in 2008 by Italian musician,songwriter and producer Francesco Accurso. Under this name, he works freelance for the music industry applying his skills to help shape the sound of his clients. Being a musician himself, he prefers using real instruments rather than virtual ones. The search for the right Tone has always been at the centre of his work and, under the understanding that every job requires a slightly different approach, he became a skillful tracking engineer. Open minded and extremely enthusiastic, he appreciates working with unsigned acts and established artists alike. The Studio aims at supporting musicians on a budget who normally can't afford this level of expertise in conventional small studios. At the same time it is intended as a dedicated service to the industry for artists in need of professional guitar overdubbing.         (Photo by Jennifer Noble/Francesco & Kathleen) 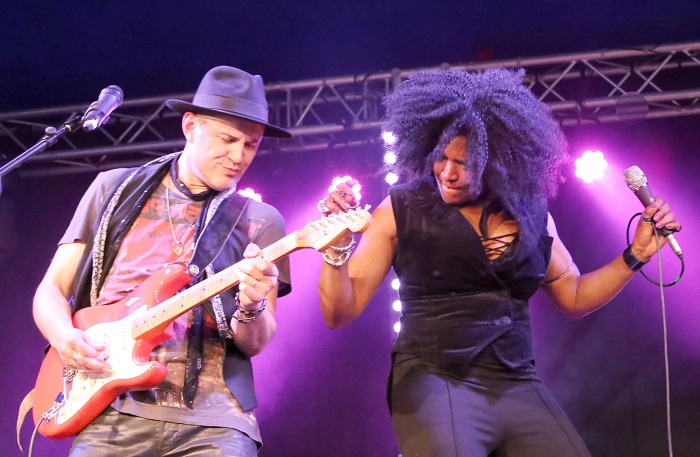 Alongside his work as a producer, Francesco Accurso is in fact an accomplished guitar player. Whether he's recording a session, or supporting an artist on a live performance, he knows the tools of his trade and his clients can always count on his professional insight. In 2009 ToneTrade becomes an Independent Label. A low budget production for indie band "Faith of Merchants" led to the release of Authoscopy (2009 ToneTrade) and Wares and Tears (2010 ToneTrade). In 2011 Francesco Accurso met noted songstress Kathleen Pearson and pianist/film animator Federico Parodi, together they form Kat & Co. Their debut "I Kat the Blues" released in 2013 and the new album "Blues Is the New Cool" in 2017.

How has the Blues, Soul and Jazz music influenced your views of the world and the journeys you’ve taken?

The Blues played a major role in my life, especially because it influenced my journey. I was born in Modena, a small Italian town in the north of Italy, and like most of the kids in town I went through my studies trying to conform to the life style of the place. It was after watching a performance by Clarence Gatemouth Brown at the famous Pistoia Blues Festival that I realized there was another life out there, different from my own but nevertheless fascinating and rich in opportunities and stories. The fascination with the music of the roots stayed with me ever since and to this day it is a beacon I tend to follow in my quest for my sound.

How do you describe Francesco Accurso sound & songbook?

My musical journey took me to different places, I started studying blues and Jazz in Italy but then I moved to California to study at the Musicians Institute where I graduated in 2003. From there it was a back and forth from Italy and the States (LA, New York, Austin) and finally I landed in London (UK) where I planted my own roots. Every place left a mark I guess and I had quite a comprehensive musical training which in return affected my sound and the way I play and perceive music. Jazz, Blues and Soul are what I listen to and I am certainly influenced by the artists I love the most (BB King, S.R.Vaughan, David Gilmour, Chet Baker, Miles Davis etc..); nevertheless I’d like to think that my sound is now a product of my hands and of the emotional state I am in while I am performing.

Make an account of the case of Soul/Blues in Italy. Which is the most interesting period in local blues scene?

Difficult question since I left Italy 18 years ago. Said that, Naples has a long standing Blues tradition, with its own recognized sound and artists such as Pino Daniele who gained international fame.

What are the lines that connect the legacy of Soul Blues from United States and UK to Italy and beyond?

Italy always had a fascination with the music of the Roots and you can find Italian musicians like myself performing everywhere in the world. How much our contribution can be relevant in the evolution of the genre rests to be seen, but we are certainly very passionate players and that carries great artistic value. "The Blues played a major role in my life, especially because it influenced my journey. I was born in Modena, a small Italian town in the north of Italy, and like most of the kids in town I went through my studies trying to conform to the life style of the place." (Photo by Betty Romani)

ToneTrade is my production company and the name of my little Independent Label under which I currently release my work with Kat&Co. Being Music a product of who we are, we can bend it to adapt it to what a client needs, but it will always carry our mark. That’s why when Kathleen (Pearson) asked me to take control of the production side of Kat&Co., with the idea of creating a new sound in contemporary Blues, I could only be truthful to myself and give her my sound and hopefully my love for the Blues and my more urban and eclectic approach to music will suit the project. So far the opinion of the media on both side of the Atlantic seem to back me up, therefore I am in a good place right now.

People like Joe Louis Walker and Deitra Farr gave me enormous confidence and support and I cherish their friendship and advice.

During my training at the Musicians Institute in California, I used to follow the classes of Carl Schroeder (Jimmy Reed, John Lee Hooker, Sarah Vaughan). We had to play Jazz standards in a very repetitive way, playing the arpeggios up and down the neck without any apparent musicality, and while we were at it, he used to dance to the music. Only years later I understood that music in all its forms, and at any speed, needs to move and push you to dance. If you can’t dance to it, it means your playing is sterile and your sense of the beat is centered more on the 1&3 as opposed to the 2&4 where the groove is.

On several occasion I have been lucky to being invited by great musicians to join them on stage, and not only for a jam but just to perform alongside them during their show. This was the case with Joe Louis Walker and Lurrie Bell but also Mud Morganfield and Lil Jimmy Reed. Each one of these musicians showed me friendship and respect for my playing and I will forever be grateful to them. The one thing all of them displayed was a total control of the band and of the show. No matter who they are playing with, they will always deliver what they want and this is a sign of great artistry.

I don’t miss the music of the past, music is constantly evolving and it would be anachronistic and uneventful to move backward. Perhaps what I miss are some musicians from the past whose artistry never failed to deliver. 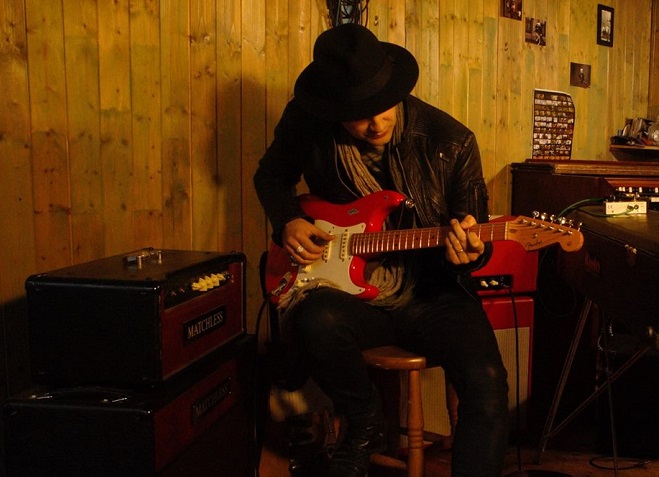 "ToneTrade is my production company and the name of my little Independent Label under which I currently release my work with Kat&Co. Being Music a product of who we are, we can bend it to adapt it to what a client needs, but it will always carry our mark." (Photo by Betty Romani)

The digital revolution gave us the freedom to record and distributes our music without the need of intermediaries such as record labels, agents and distributors. This is a tremendous achievement but it has its downsides. There is very little money in the industry to support the honest work of real musicians and very little is invested into the much needed research into the evolution of genres such as the Blues. If they can’t survive playing music, musicians will have to find other ways of making a living and somehow I fear the artistry of it all will be penalized.

I would introduce a lot more grants in support of music in all its forms.

What is the impact of the Blues and Soul music on the racial, political and socio-cultural implications?

I believe music has always walked hand in hand with a certain emancipation process, especially in the Afro American community. Perhaps it’s one of the reasons why black people stopped playing the Blues and moved on to Soul, Funk, Rap…you name it. Coming out of the ghetto is a constant theme and it’s no surprise that a lot of young kids abandoned the music which is most associated with slavery and segregation. Now many black musicians are moving back to it, rediscovering their roots and perhaps paying tribute to a great musical legacy.

I am a lot more interested in the future than in the past and therefore I would go forward 100 years from now to find out in which way music has evolved. 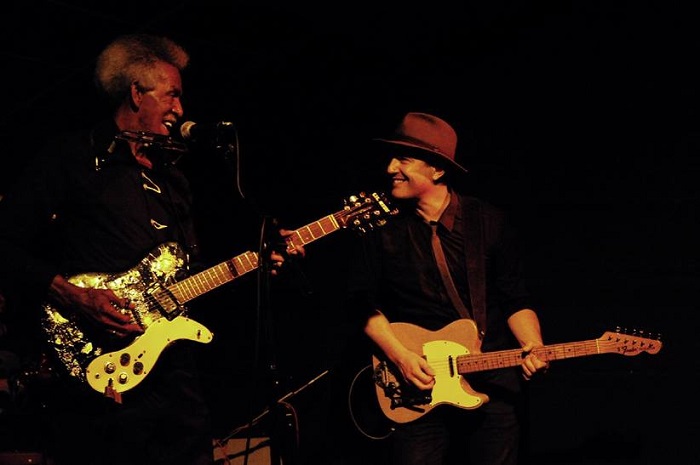