"Music really is Universal, and you never know where your instrument will take you."

Known for his powerful, live performances, Will Jacobs is a modern Blues/R&B/Soul artist. from Chicago, Illinois, USA.  At 25 years old, he's no stranger to performance stages. Will honed his chops the old-fashioned way – experience. At 12 years old, he was gigging in Chicago clubs backing many of the city's finest blues men and women (while at the same time playing in a Grammy-winning, high school jazz band.) In 2009, he attracted local and international attention when his first band (Dirty Deal) performed at the International Blues Showcase in Memphis, Tennessee (after having won the youth division of Chicago’s Windy City Blues Challenge. The band left their mark because of Will’s mature improvisational skills and vocal talents, coupled with a strong, blues-infused sound.  These experiences led to further study at Berklee College of Music (Boston, USA), then to gigging/composing/session work in Chicago, a musical residency in Sri Lanka and touring with reknowned, Zydeco artist CJ Chenier. Making the jump across the pond to Europe in mid-2016, Will began performing and sharing his dynamic blues sound in Berlin, Germany.  He has performed with Hohner-endorsee Marcos Coll at festivals in Poland, Spain & France, with Gary Wiggins in Berlin and his own band in Germany, Poland, Ukraine and Armenia.  Whether playing clubs/festivals, gigging with other world-class musicians, sessions work or composing, Will looks forward to sharing his music passion music with his audience.

I don’t view it as counterculture as much as I view it as my own life experiences. Music, not specifically blues, has given me beautiful opportunities. To play on some of the best stages, and travel the world, to places I never thought I would go to in my life. Getting to experience this has opened up my mind so much. Being able to experience different cultures and travel doing what I love has been the greatest gift music could ever give me. Having my mind opened up like this really makes me hungry to experience life to the fullest, learn from other people and places, and to try and give back a little something through my music. It's amazing where your instrument can take you if you let it.

My song book is diverse. I like to write across many styles of music. Blues, soul and funk just happen to be what I enjoy most. With that I always try to have high energy in my sound. High energy blues and soul. I don't have a specific philosophy for music. I have many thought on how I believe Music should be though. If I had to pick one it would be to make sure at the end of the night, everyone in the room had fun, and danced their ass off. Including the band!

Which meetings/ acquaintances have been the most important experiences for you? What was the best advice anyone ever gave you?

I've been lucky enough to meet a lot of the musicians I would say are part of the original sound to Chicago Blues. As well a lot of amazing musicians throughout other genres of music. I would have to say that the Musicians on the Chicago scene all together are most important to me. They accepted me, and took me under their wing as their own. I played for several different artists on the scene and all of them are roll models to me. Not only that, they're family to me. Being in Europe I miss them a lot. Specifically, the best advice I feel I've ever gotten has come from 2 different people that have been in my life for a long time, and that I consider to be my best friends. They both said this…"It takes a lifetime to build a good reputation, and one show to mess it all up." 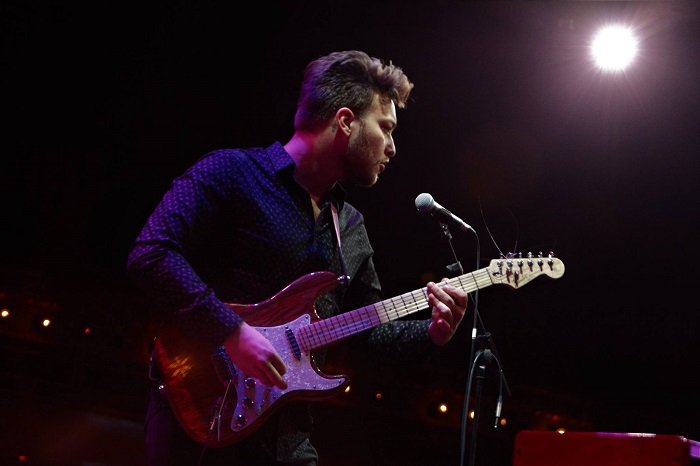 "I would take a trip back to STAX Records in 1972 to the mixing room while Albert King records his album "I Wanna Get Funky". This record plays an important part in my musical life, and I've always imagined getting to sit and listen to it being recorded, and getting to talk to Albert in the mixing room."

Getting to play for C.J. Chenier has to be one of my all-time greatest memories in my life. I spent about 5 years mainly playing behind people. I knew nothing about Zydeco music, yet someone suggested my name and one day I got a call to go on tour. I was thrown into the music and absolutely fell in love with it I ended up being C.J.'s guitarist for about 2 years. Touring throughout the US in a van packed with suitcases and amps and 5 musicians. I learned so much from everyone in that band, learned so much about Zydeco, and learned a lot about myself and what it means to be a "Road Dog"

I try not to miss it so much as I try to enjoy it and Embrace old school blues in my own music today. I do fear people will forget what Blues really is, where it comes from, And most of all, just how to play a backbeat and nothing else! It's amazing to have talented musicians that know a lot. But if there's one thing I learned on the scene in Chicago is you have to have discipline when you play. I feel like not all but a lot of musicians getting into blues today forget what that means, and don't take the proper time to play behind someone, watch, and learn.

I hear a lot people my age say, "Oh we love blues!" "Blues clubs are so much fun!" yet when it comes down to it, not one of them have blues music on their phones, or ipods, or computers. I would love to see more support to blues artists from different ages of people. For blues to be taken more seriously by younger people.

What are some of the most important lessons you have learned from your experiences in the music paths and circuits? 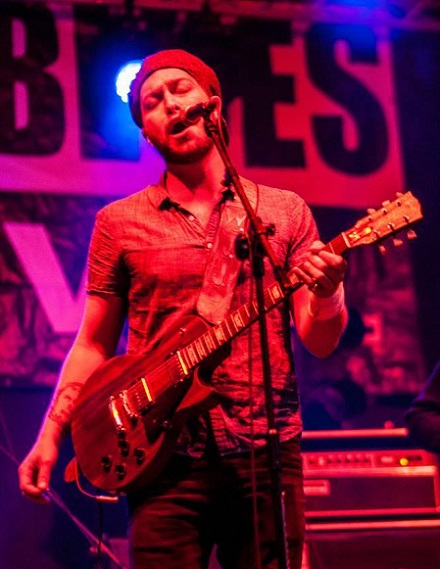 I've learned too many to write out here. But just to list a couple of my favorite lessons I've learned over the years.

1: It takes a lifetime to build a good reputation, and one show to mess it all up.

2: ALWAYS look your best on stage. Whatever your look is, make sure its your best.

4: If the crowd isn't having fun, you're not doing your job right.

5: No one cares if you're sick, or if your dog just died. Get on that stage and play it out!

6: Music really is Universal, and you never know where your instrument will take you.

7: when on the road, always stock up on food and water at your closest grocery store on your off days. GAS STATION FOOD WILL KILL YOU!

8: ALWAYS keep your mind, and heart open. We're all human.

9: you can never have too many sets of strings, picks, or guitar cables!

I would take a trip back to STAX Records in 1972 to the mixing room while Albert King records his album "I Wanna Get Funky". This record plays an important part in my musical life, and I've always imagined getting to sit and listen to it being recorded, and getting to talk to Albert in the mixing room.