Gianluca Diana: Got My Mojo Working

Italian musical journalist, DJ and promoter, Gianluca Diana tells stories from the 2000s in Rome, the city where he was born, lives and works, in different forms and manners. Mojo Station – Il Blues e le Sue Culture is a project created by Gianluca Diana and Pietropaolo Moroncelli. Since 2002, this radio format spreads out the blues sound and all the Afro-American musical roots dialed with it. It explores all the blues music spirit from the beginning until contemporary musical landscapes, through special features and tributes to the main artists, playing new albums, presenting books and reviews, live-sets and other events.                                   Gianluca Diana - Photo by Marcoshoots That’s the real “big question”. As you know, Blues and Rock are wonderful paths coming up and fleeing one from the other and reverso, sometimes they become entwined. Every single time I’ve approached them, I discovered something new, far from stereotype: album, places, people, musicians and tales, feelings. This is how this Counterculture influenced me: learn to respect – every single time -  cultural diversity, originality, shades and details, because they are precious no matter what.

What moment changed your life the most?  What were the reasons that you started the Blues/Rock researches?

Three memorable moments: 1) first of all listening the Radio since I was a child 2) the first trip in Mississippi 3) last but not least the trip to meet the saharaui people in the Algeria Refugees Camp. I was fascinated by Blues and afroamerican Counterculture; that’s what prompted me to start my researches to discover the multi-layered musical and cultural world. 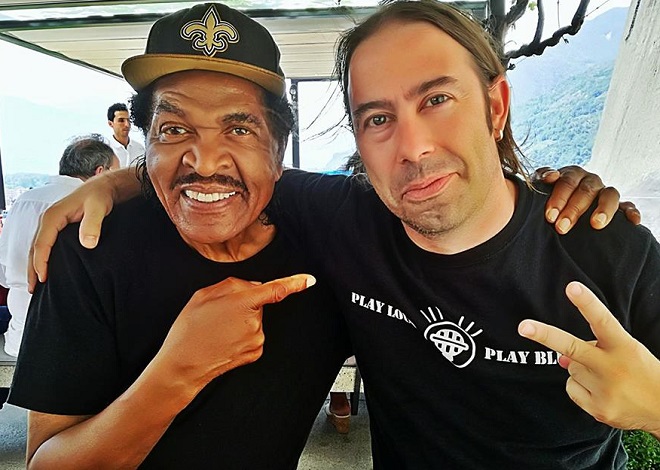 "As you know, Blues and Rock are wonderful paths coming up and fleeing one from the other and reverso, sometimes they become entwined. Every single time I’ve approached them, I discovered something new, far from stereotype: album, places, people, musicians and tales, feelings." (Photo: Gianluca Diana & Bobby Rush)

How started the thought of Mojo Station? What characterize Mojo’s projects mission and philosophy?

Mojo Station at today is a blues society with more friends/people inside…is a factory with professional workers like photographer, designer, visual artist, etc…but the heart of Mojo Station including Pietropaolo Moroncelli (he’s the president) and me. He’s my brother and my mate…we started with our idea 16 years ago, in 2000. We lived in Roma, we were younger and we went around our city for search blues concerts and blues radio show… But we were sad: the concerts were few and always the same (SRV style; Chicago Blues style...on the radio the situation was even worse: they played very little blues. In particular, we have always loved the radio ... and one day we said, "Why do not we try to do a radio show Music Blues?"…Bang! We started with our radio show in 2002…after 3 years in April 2005, we had our first trip in the Deep South…and we started with our first Festival in November 2005…Double Bang!! Mojo Station want to talk about the stories of the blues with radio show, live music and visual art: is our mission for talkin’ about different culture from afro American world, from USA to Africa and go back. For us is really, really important talk about the blues in every direction: not only musical culture and entertainment, but social struggle culture too....

What has made you laugh lately and what touched (emotionally) you from the blues circuits and scene?

New Orleans ...You see me laughin'! and last great albums are “Blues and Ballads” from Luther Dickinson and “Last Days of Oakland” from Fantastic Negrito.

Tons. Sincerely, tons...some are greatest: 1) when we met in his home the great T-Model Ford 2) When Willie King talked about his personal and social struggle in a long, long interview in his shack 3) when Little Freddie King talked about New Orleans (we were younger and for us was like “a school”) 4) when Mariem Hassan played his music at our Festival in Rome (2013) 5) when we met David Kimbrough Jr in Holly Springs (2007) etc... 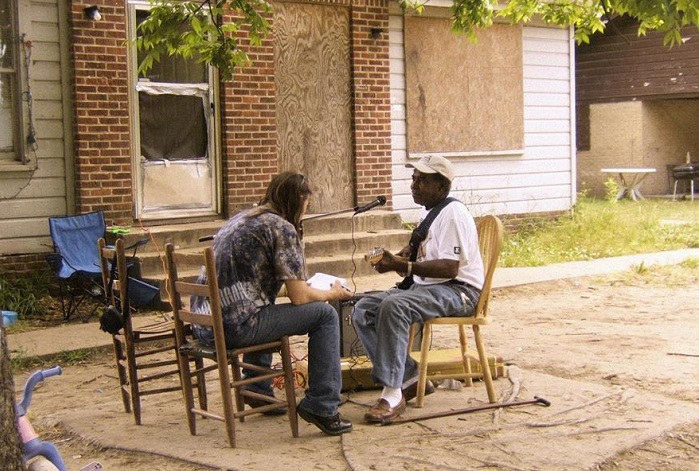 First of all, the analogic era...He was so romantic discovery everything with “slow times”...but, we can go, this is the life and now is different. I hope to meet soon a few songs and blues style that still do not know, I hope the blues continues to sing and talk about his inner soul. I believe that we have good hopes: watch New Orleans, view Hills ... they changed their future and our future.

How he started the thought of Mariem Hassan - I Am Saharaui? What´s been the highlights in your book?

It’s no coincidence that everything is made up from a song, “Magat Milkitna Dulaa” that means “we’ll never submit”. I was in Barcelona and I entered a record store to listen some new music and find album to play in my radio show. And it’s in this little store that I met Mariem Hassan by her album “Deseos”: coming back home I’ve listened that song and it all began. Highliths: a saharaui woman icon’s life, the story of an international musician that revolutionise the music and cultire of entire population!

The album that Jimi Hendrix and Miles Davis were planning to do in partnership: I would make it real and listen that album.

Make an account of the case of the blues in Italy. What touched (emotionally) you from the local music circuits?

It’s a tough question; I think that their origin is the main point of strength: moving from north to south Italy change its peculiarity (land, meteo, cooking, traditions, folk music) and this fact influence musicians features. The black mark is that they often don’t know each other and don’t do networking. All that situations inspired some people, festivals and associations to create an Italian Blues Union. It was founded in 2016 and me with Mojo Station are in. Our aim is to encourage the networking and build connections. We hope we can really accomplish that. "This is the question of the questions … For me it mean "touch" the truth…I'll explain: all the people knows the sunrise and sunset, but until we "see" with our eyes sunrise and sunset, we do not completely account. The blues for me is…yesterday, today…but in particular, tomorrow." (Photo: Gianluca in Clarksdale, MS, 2005 / Photo by Pietropaolo Moroncelli)

Which is the most interesting period in local blues scene? Are there any similarities between the blues and the genres of local folk music?

Two! The first at the end of the seventies. The second is now. Depend of the era and of the geographic area ....

What is the impact of Blues / Afro-American music and culture to the racial, political and socio-cultural implications?

Massive. Much more than you could imagine. Both in music and in society and in interpersonal relationships. At the turn of decades. He has influenced not only the people and nations involved, but also the users (for example: that Europeans like us) of this culture. From the European Mediterranean like you, I can say that it is important to understand the differences of how these changes were important. The change happened in the States, it is different from what we perceive here.

How do you describe Narcao Festival philosophy? Are there any memories which you’d like to share with us?

The best way to explain Narcao Blues philosophy is starting by the land where it was created. South Sardinia, called Sulcis, is rugged and wild but rich in cultural and natural resources. This Mediterranean island has a long and prestigious history and it “never lies”. All this characacteristics were merged into the festival. The memory I’m emotionally attached to, is the road to Narcao!

If you could change one thing in the musical world and it would become a reality, what would that be? Let’s take a trip with a time machine, so where would you really want to go?

I would have given a tube amp to Son House when he was young! ...In the next place to be born next, beautiful, blues. 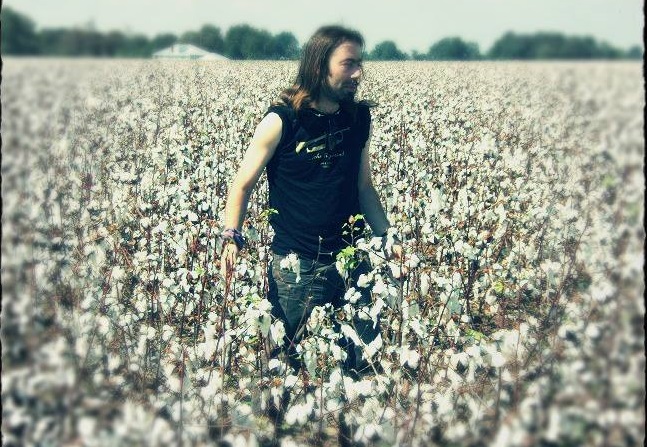