"I think the main thing I learned already a long time ago, when I was really into black music, big time, and especially the blues, was that people are the same everywhere. No matter what nationality, what color, what race you are, we all have the same feelings of love, frustration, sorrow, joy and so on. Blues is a form of universal communication between people."

Finnish guitarist JYRKI “MUDDY” MANNINEN brings a bluesy style to Wishbone Ash, with his patented slide and lap steel playing. Since joining the band in late 2004, Muddy’s signature sounds have perfectly complemented those of fellow axeman Andy Powell. As a result, the band’s twin-lead guitar execution has soared to new heights. Muddy has contributed his songwriting talents to the band, as well. Muddy first recorded in 1979 with Red House Blues Band. They cut a single for Love Records. “That band was mostly stuff like Bukka White, The Allmans, Robert Johnson, some Rory Gallagher (one of my first heroes) plus some original stuff,” he explains. Later, Muddy joined a Finnish group called Havana Blacks, and then went on to work in Gringos Locos, a band that also featured Ben Granfelt (former Wishbone Ash guitarist who recommended Muddy as his replacement). Muddy was the main songwriter in Gringos Locos. They recorded three albums. Gringos Locos toured in the late 1980s, supporting bands like Status Quo. Through the years, Muddy has played with many Finnish artists, including: Hector, a singer-songwriter who's been around since the mid-’60s; Pave Maijanen, a talented singer and songwriter, who can be heard singing background vocals on several Wigwam albums (Finnish progrock). 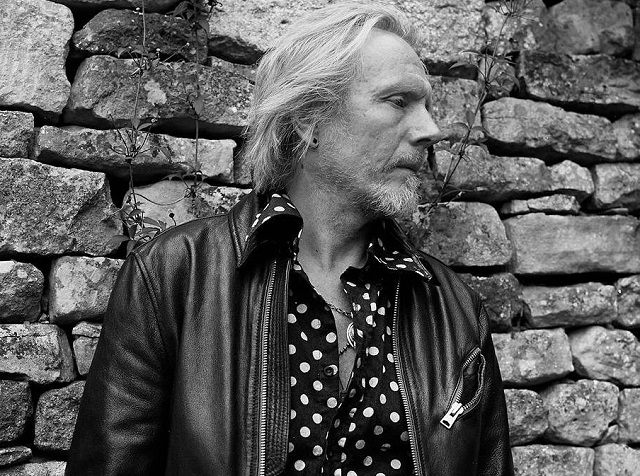 Muddy says: "I started playing guitar when I was 13 years old. I think hearing Paul McCartney singing "She´s A Woman" was the defining moment in my life, I wanted to be a musician. It´s been a long road since, starting with some basic classical lessons, getting my first electric guitar (an Ibanez Les Paul copy), my first band with school mates, the first recordings I did with Red House Blues band in the late 70s... I started playing professionally round -79 / 80 in my hometown Helsinki. Played in different bands, did sessions. I formed my first own band Havana Blacks, soon to be followed by Gringos Locos, which recorded three albums, one of them, Punch Drunk, was produced by the legendary Tom Dowd. All this was part of the learning curve leading me to join Wishbone Ash in 2004. The first album featuring me was the 2005 "Clan Destiny". I started honing my song writing skills and for the following three albums, "Power Of Eternity", "Elegant Stealth" and the critically acclaimed "Blue Horizon". I became the band´s main song writer, as well as sharing the lead guitar duties. During my stay in Wishbone Ash, whenever we had time off, I worked in some other projects as well. Played gigs locally with Patsy Gamble and the band Hipkiss, contributed guitar to Jenny Darren´s album "Ladykiller"and did some song writing with Gregg Sutton. I started a solo career, and I released my first solo album, titled "Long Player" (2017)."

I think the main thing I learned already a long time ago, when I was really into black music, big time, and especially the blues, was that people are the same everywhere. No matter what nationality, what color, what race you are, we all have the same feelings of love, frustration, sorrow, joy and so on. Blues is a form of universal communication between people.

How do you describe Muddy Manninen sound and songbook? What characterize your music philosophy?

Muddy Manninen songbook is a combination of many different things. I grew up in a very musical household. My parents didn´t play any instrument, but loved music. I was exposed to quite a variety of music; my mom had records of Hendrix, Santana and Yuseef Latef to name a few, my dad was more into classical music. So, there was always music around. That´s how I grew up, then later adding my own influences, starting from Rory Gallagher, Johnny Winter, The Allman Brothers Band, Frank Zappa, Miles Davis, all the Kings, James Brown, countless other artists. And I used to get really heavily into certain kind of music for periods of time, dig deep, study, check out all the performers. And that´s the way I am today; my playlists may have Debussy right after Son House!

Mostly in the way I think of people as a big family. 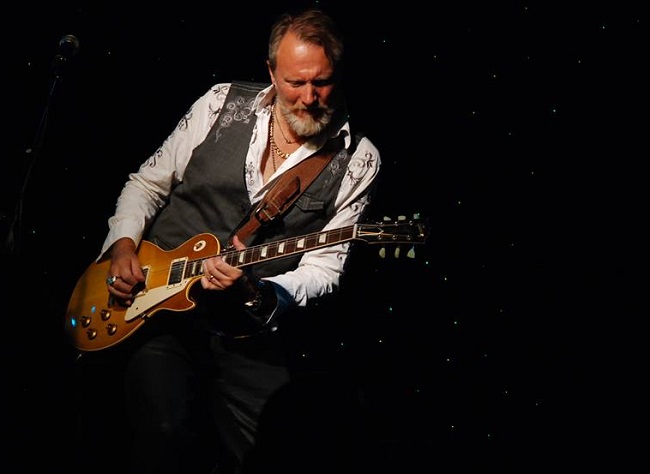 "Peace, love and understanding! No borders! When I was young I was listening to all these beautiful songs about a world where there was equality, love and respect to all living creatures. To find out later that the world actually existed only in songs was a shock to me."

Those guys you share your first musical experiences with. My friend next door who had an electric guitar and an amp. My first band mates in Red House Blues Band back in the mid-70s, my first really professional gig with one of the most established rock artists in Finland in late 70s and early 80s, Pave Maijanen. Again, my band mates from Gringos Locos in late 80s, we had a taste of international success, toured with Status Quo, made an album with the legendary Tom Dowd producing. In the 90s, I worked a lot with the Finnish artist Hector, a singer song writer who opened my eyes to music made in my native language. Until then only English was good enough for me, how stupid! And then of course my time in Wishbone Ash, which forced me to concentrate on song writing and honing my skills in that.

I´m afraid it´s been quite normal…the hotel wrecking days belong to a different decade and different bands...hah…but I do remember a funny incident once playing with Hector in Finland. It was quite a big band, two keyboard players, two guitars etc. There was this very long, pompous and very proggy song that had a dramatic keyboard intro to it. Alas…for some reason the keyboard had, for reason unclear, been calibrated to another key. So, when the rest of the band came in with a bang, we were in a different key! You should have seen the faces!

I hope the blues would be more about singin´ about the things are happening in our world and society right now, instead of repeating the same formula, that was 50 years ago. There ain´t no cotton fields anymore, man!

Peace, love and understanding! No borders! When I was young I was listening to all these beautiful songs about a world where there was equality, love and respect to all living creatures. To find out later that the world actually existed only in songs was a shock to me. 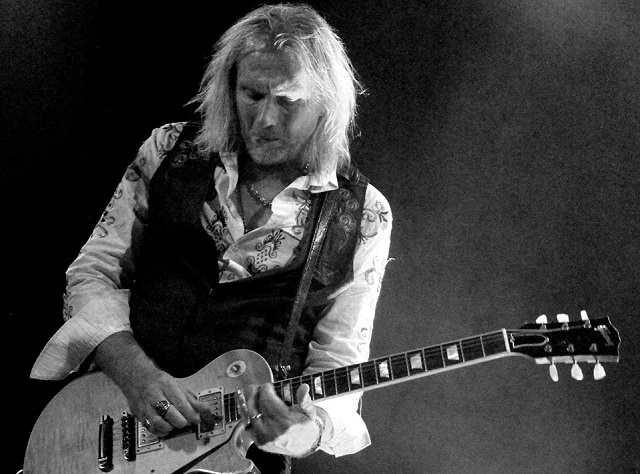 "Muddy Manninen songbook is a combination of many different things. I grew up in a very musical household. My parents didn´t play any instrument, but loved music. I was exposed to quite a variety of music; my mom had records of Hendrix, Santana and Yuseef Latef to name a few, my dad was more into classical music."

I'm not a very good person to do that I think. Firstly, I have lived in the UK for some time already, and even before that I was kind of an outcast because I was on the road so much. I didn´t really know what was going on in the Finnish music scene. But I know there are a lot of great players there!

What has made you laugh and what touched (emotionally) you from the late great Tom Down?

It was great working with Tom. He did a lot of preparations for the sessions even before we met. He wanted to know what kind of amps we were using, what gauge of strings we used and so on. He also loved to talk, and luckily for us, about the things he´d done. There was a lot of stuff an anecdote, the ones I remember best were about Lynyrd Skynyrd and Cream. Apparently the Lynyrd guys used to fight a lot in the studio, I mean literally fight. “Can´t you play better than that?!!” Phooofff, fist in the face! Cream was one of my favorite bands, and “Crossroads” one of the best guitar solos ever. Clapton and his SG in full flight. Tom Dowd told us that song was an edit from a 10minute version.

I can´t really answer this, because I don´t know. I mean, obviously there has been some impact, but has the world really become a better place? There still are racial problems, nationalism is stronger than ever, there are conflicts everywhere between people who think differently. Most of the so-called revolution within the pop culture was just a scam, big money talks. I don´t want to sound cynical, because I really am not, but…