"Blues music brings people of all kinds, together and helps one realize that we are more alike than not. I hope my music makes you want to dance, close your eyes and forget what troubles you."

Born and raised in St. Louis, Jeremiah Johnson is the voice of Mississippi River blues blending with the struggles of everyday life. He began learning guitar at age 6, drawing inspiration from his rich St. Louis blues heritage and legendary guitarists, like Alvin Lee, Eric Clapton and Hank Williams Sr. and Jr. With these influences, Johnson began building his musical foundation. After relocating to Houston, TX, in 1999, Johnson finished in first place for three consecutive years at the Houston Regional Blues Challenges, sponsored by the Houston Blues Society.  Johnson returned to St. Louis in 2009, and merged Texas style with STL blues to create the unique sound you hear today. The 10 years Johnson lived and performed in Texas changed his musical style in ways you can still hear in his music today. In 2011, Johnson was the proud winner of the St. Louis Blues Society IBC Challenge and went on to the semifinals to represent St. Louis in Memphis, TN. 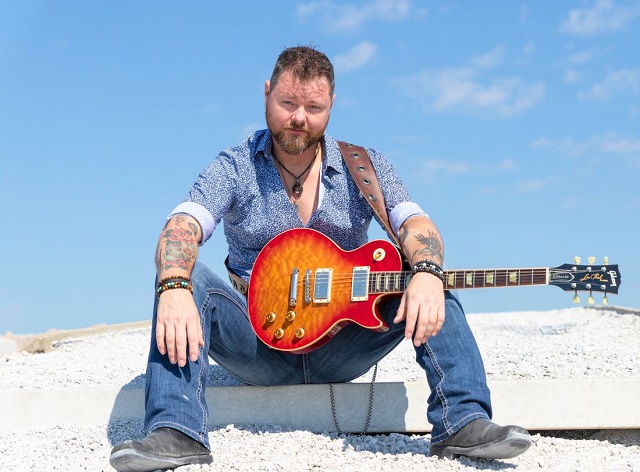 After signing a record deal with Ruf Records in March of 2018, Jeremiah immediately went to Texas to record his debut Ruf Records release, Straitjacket, with BMA award winning Mike Zito producing. Straitjacket debuted #1 on iTunes New Blues Releases and #6 on Billboard Blues Album Chart and has been in the top of the Roots Music Report ever since. After a European tour with Mike Zito in the Beginning of 2019 and then followed by a Northeastern USA tour with Zito again, Johnson has truly electrified a whole new audience. In 2020, St Louis-based Johnson released his 2nd album in Ruf Record, "Heavens to Betsy", an another bold creative leap for an artist on fire. On Heavens To Betsy, Jeremiah Johnson has delivered on his mission statement – and then some – with a record that demands to soundtrack the moments of life that matter.

How has the Blues, Rock and Roots music influenced your views of the world and the journeys you’ve taken?

If there is one thing my music journey has taught me, it’s the fact that you can’t judge a book by it’s cover. I have seen people who look conservative completely burn up the dance floor and throw it down. I have also seen big strong biker guys break down in tears when they hear a song that touches their heart. In the end of the day, it seems we all have a big heart for music.

It can be hard to describe my sound, but it starts out with a 70’s southern rock, blues-based foundation. I have a bit of a Kentucky/Southern accent that comes out occasionally, and I always try to do what is best for the song. A good song is where the magic mojo all begins. There are thousands of amazing guitar players, it’s good songwriting that separates the diamonds from the coal.

It seems like I have been dreaming about playing the guitar and writing songs since my life began. Truthfully, I was 6 years old when I first begged my parents to pay for guitar lessons. It’s been a long road and a lot of years with the same dream. 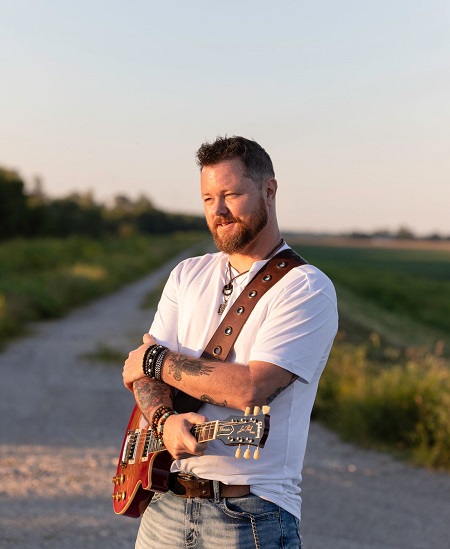 There have been many moments in my career that I could point to as “important experiences” and it is hard to say that one or the other was more important. I would say I am extremely thankful for the friendship I have had with Mike Zito and Devon Allman. I have known them for decades now and it makes me happy to see both doing so well. They have both been good to me.  Zito and Allman have both produced records for me.

The best advice I have is, “Every step forward, no natter how small, is a step in the right direction. It could be a long road ahead, just keep moving forward and you will reach your goals. The true joy of life is in the journey.”

In 2019, I was fortunate enough of tour with Mike Zito. We had a 12-hr drive across Germany and Zito asked me if I wanted to take a journey or ride in the van. I said let take a journey! We rode in a taxi, two different trains, two different trains and one short plane ride. We arrived at the hotel doorstep in about 10 hours and I had such a wonderful experience traveling across Germany. I hope to be back in Europe in Fall of 2021.

I can’t say I miss anything nowadays; I just wish blues was popular like it was in the 80’ and 90’s. Bands like The Fabulous Thunderbirds, SRV and Eric Clapton used to be on the big radio stations. If we keep going the way we are headed with streaming services and lack of interest in physical CD’s, smaller blues artists are not going to be able to earn a living.

Why do you think that Ruf Records (Label) continues to generate such a devoted following?

Because Thomas Ruf is a genius! Hell, he signed me didn’t he! Seriously, Ruf Records consistently puts out high quality artists who push the envelopes of the genera. I am proud to be on Ruf Records and have a great relationship with everyone at the label. 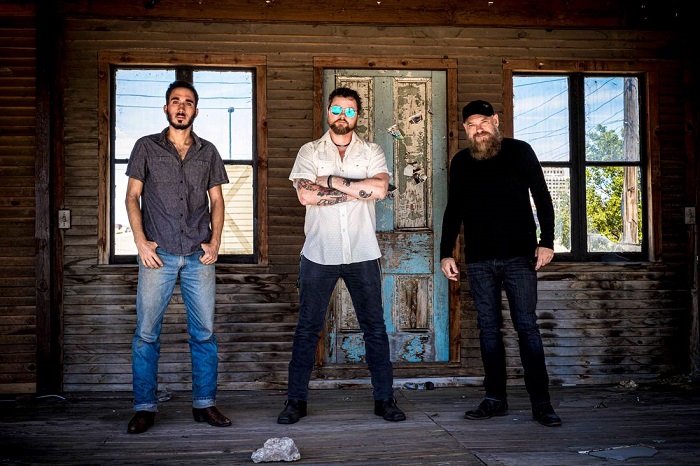 "It can be hard to describe my sound, but it starts out with a 70’s southern rock, blues-based foundation. I have a bit of a Kentucky/Southern accent that comes out occasionally, and I always try to do what is best for the song. A good song is where the magic mojo all begins. There are thousands of amazing guitar players, it’s good songwriting that separates the diamonds from the coal." (Photo: Jeremiah Johnson)

What would you say characterizes St. Louis Blues scene in comparison to other local US scenes and circuits?

To me St Louis Blues is somewhere between Texas and Chicago styles of blues. Lot’s of horn players, plenty of piano players and a solid band that can not only shuffle, but they can bring the heat. It’s hard to explain. Why don’t you come visit our city and I can show you how good it feels.

What is the impact of music on the socio-cultural implications?  How do you want it to affect people?

Blues music brings people of all kinds, together and helps one realize that we are more alike than not. I hope my music makes you want to dance, close your eyes and forget what troubles you.

I would like to go back to the amazing concerts I went to in my youthful party days and actually pay attention to the damn concert! I went to some great concerts and only seen half of them! 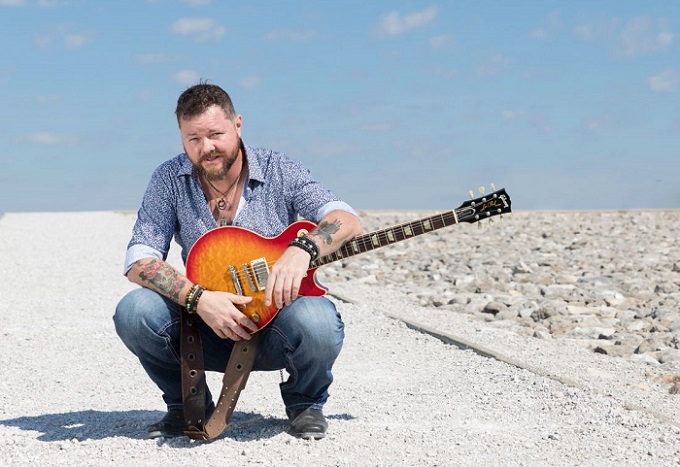