"I miss the raw sound and emotion of old blues records the new blues today lacks the feeling to me there are a few acts that can pull it off nut not many..."

Brody Buster is a blues and rock musician from Lawrence, KS. He's a former child prodigy and was featured on countless TV shows growing up including the Tonight Show with Jay Leno, Dateline, Crook & Chase, and the Jon Stewart Show. Even Baywatch Nights and Full House showcased Brody's talents. He's shared the stage with Quincy Jones, Keb Mo, Chaka Kahn, Lee Oskar and was a regular performer at B.B. King's Blues Club. Brody's performed with B.B. several times and King was once quoted as saying, "Despite his age, Brody Buster is one of the greatest harmonica players of our time." When Brody Buster was 7 years old, he picked up one of his mother's old harmonicas and taught himself how to play it. A year later, he was jamming on Beale Street.

What do you learn about yourself from blues culture and people? What does the blues mean to you?

I grew up around blues music my mother was a musician. We lived in a small town all I did all day was listen to blues and Elvis records all winter when it was cold. I don't really categorize music but I will say Blues and music in general are my whole life without music I would be making pizzas all day.

How do you describe Brody Buster sound and songbook? What characterize your music philosophy?

I don't think to much about the music I just do what comes natural I write songs I want to write and I cover tunes that I like. When covering a song I make it my own I try to steer as far away as possible from the original but still make it sound good and not to crazy. I write songs that have meaning to me for every ten songs I write I maybe put one out I am very specific when it comes to my original music. I don't want to put out something bland or basic. So I would rather put out three or four originals and three or four covers on an album so I don't have to put b sides anywhere on the record.

How do describe the beats and rock and roll culture influenced your views of the world and journeys you have taken?

What were the reasons for starting the one man band experiments what touched you emotionally?

I started the One Man Band out of necessity. I had to find a way to support my family and splitting pay with three other musicians was not cutting it. The one man band was formed from survival but in the long run I enjoy it I can take the songs where ever I want whenever I want. "I grew up around blues music my mother was a musician. We lived in a small town all I did all day was listen to blues and Elvis records all winter when it was cold. I don't really categorize music but I will say Blues and music in general are my whole life without music I would be making pizzas all day."

Which acquaintances have been most important experience?  What are the best advice anyone ever gave you?

The most Important was B.B. King he labeled me the best harmonica player of our time" That quote changed my life and made music a possibility... He also gave me the best advice witch was "keep at it don't stop".

Any memories from gigs, jams, studio sessions and open acts you would like to share with us?

My favorite musical memory is playing for tips on Beale Street with the back flipping kids when I was younger. Things are simple when you are a kid as you get older you have more to worry about.

What do you miss most about blues past? What are your hopes and fears for future of?

I miss the raw sound and emotion of old blues records the new blues today lacks the feeling to me there are a few acts that can pull it off nut not many... My hopes are that real music in every form makes a comeback nowadays on American mainstream radio all we get is watered down commercial crap to hear good music you have to look for it in the states on public radio and college stations and only a few hours a day so my biggest fear is that the youth ill stop playing real instruments and play computers instead this will happen because the real stuff is so hard to find.

If you could change one thing in the musical world what would it be?

I would find the guy who invented karaoke and have him disposed of.

Which is the most interesting period for blues in Kansas City?

I am 32 so the most interesting time most likely happened before I was born. Now a days KC has a real good scene for all music, the town always has and always will support the arts in a big way!

Let’s take a trip in a time machine. Where would want to go for a whole day?

Honestly I would go back and see dinosaurs always thought they were dope... 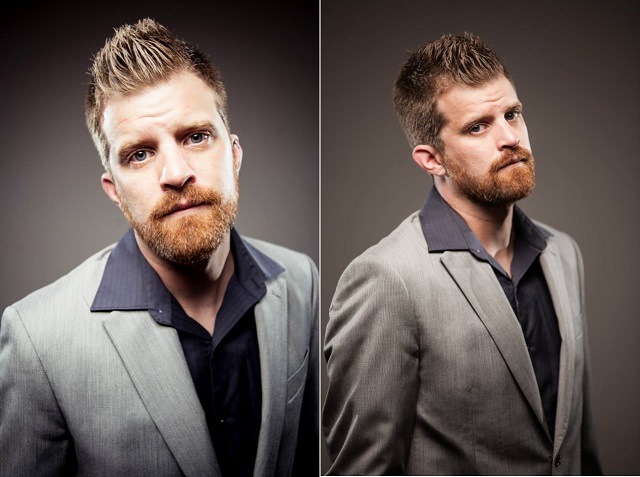