"Most of what’s considered blues today, I don’t regard as blues. It’s mostly blues-rock, or just rock, as far as I see. Blues followers generally seem to like it though so I try to keep opinions to myself, unless it pertains to festival line-ups that repeatedly book electric guitar and harmonica show-boaters."

These Things Shall Pass is the tenth full-album release from Memphis-area musician Davis Coen, and fulfills his long-standing goal of recording an entire spiritual-based album. The album nods to a wide range of classic song selections, spanning from time-tested traditional American hymns, such as “What A Friend We Have In Jesus” and “Old Rugged Cross,” to classic gospel radio cuts as Willie Banks and the Messengers’ “Working For Jesus,” and the title cut, Stuart Hamblen’s “These Things Shall Pass,” famously covered by country music legends Hank Snow and Johnny Cash. The album also has six original songs, including light-hearted duets “Saint Christopher” and “Jesus’ Hand,” with former Billy Joe Shaver guitarist Patrick McClary from Jackson, MS vocally accompanying Coen. It was recorded at Sand Dog Studios in Batesville, MS, and co-produced by the album’s drummer Ryan Rogers and Coen. What do you learn about yourself from the American Roots music? What does the blues mean to you?

I’ve learned to be prideful of one of my country’s better offerings to the world music community. Blues is something that I picked up as a child and have been privileged to help carry on to new generations of listeners.

How do you describe Davis Coen sound and songbook? What characterize your music philosophy?

I like to think that I’m distinctive sounding and original, where, especially in the blues realm, it’s more often than not, that the artist doesn’t put a very personal stamp on an interpretation, or their approach to the craft in general.

What were the reasons that you started the Spiritual, Folk and Blues researches and experiments?

I’ve always played these things. I have a musical family and have always gone to church.

How has the Roots and Spiritual music influenced your views of the world and the journeys you’ve taken?

I strongly feel that it’s high on the list of our worthwhile exports to the world, as a country. It’s helped me feel like somewhat of a diplomat, in the sense that I feel I’ve provided something positive to the communities I’ve been blessed to visit. 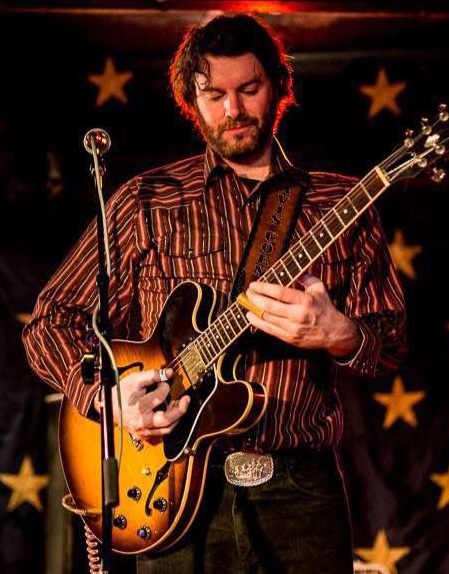 Mostly the old folks, who’ve now passed on, from Memphis or Mississippi. The best and most memorable advice I ever heard was  John Lee Hooker telling an overly zealous and pushy young guitar player, begging for his advice, “Keep playin.” I feel that sums it up.

I enjoyed visiting Europe early in my career, when a lot of the great musicians that have since passed were still with us. I always found the older musicians to be more accessible overseas, possibly because they were relieved to find Americans that could understand them, or were just homesick.

Most of what’s considered blues today, I don’t regard as blues. It’s mostly blues-rock, or just rock, as far as I see. Blues followers generally seem to like it though so I try to keep opinions to myself, unless it pertains to festival line-ups that repeatedly book electric guitar and harmonica show-boaters.

Being paid a reasonable amount for streaming. The bar is set shamefully low for, as a result of a majority of musicians settling for close to no money, and being willing to accept nothing for their craft.

What is the impact of Blues and Folk music on the racial, political and socio-cultural implications?

You are also known for your role in clean-up efforts along coastal Mississippi for hurricane Katrina victims. Would you tell a little bit about that? What was the relation between music and activism?

Music was just a part of the entertainment for the folks, local and from out-of-town, that were cleaning up the refuse and debris left after the hurricane. There were about six different Mississippi Gulf Coast communities that I helped with clean-up and entertainment. It was mostly about bringing local communities together and recharging the pride for their weather-torn towns.

Assuming you mean a music trip, I guess I’d spend that day at a late-50/early-60’s summertime jazz or blues festival. 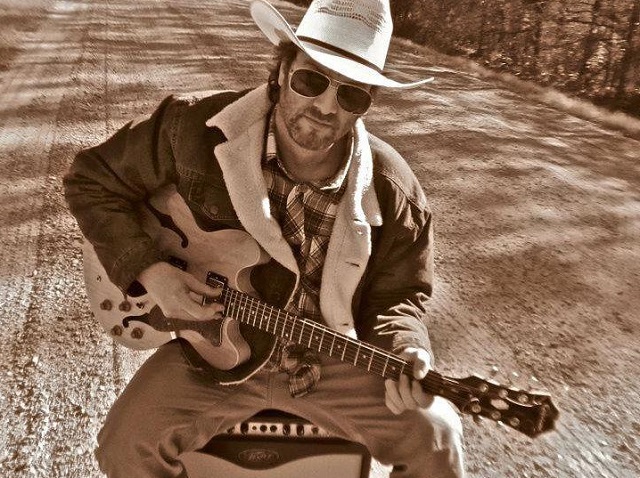