"Music has no ethnicity…we are all black, white, purple or whatever when we listen and play it…there is nothing else in the world that can cause all of those emotions to be FELT by pretty much EVERY human on the planet…You can’t have a greater impact than that."

Bobby Messano: The Top of Game

Legendary guitarist and contemporary blues artist Bobby Messano has been around the block a time or two having been the music director for Steve Winwood, Lou Gramm and Country artists Jimmy Wayne, Rodney Atkins and Steve Holy. Bobby has released seven Solo CDs, placed songs in many TV and Cable shows and played on over 50 Major label and Indie albums. His playing has been heard on everything from MTV jingles to Benny Mardones’ smash hit “Into The Night”.  The celebrated guitarist has played on records by Clarence Clemmons, Franke & The Knockouts, Joe Lynn Turner and STARZ, and produced the 60’s hit act, “THE SHADOWS OF KNIGHT”. Bobby has played or headlined BAMFEST, The Charleston Blues Festival, Smokin’ In Steel, Summerfest, Blues Brews & BBQ, Blues At The Beach, Bayfront Blues Festival, Willow River Blues Fest, Ambassador Blues Fest, Colonial Beach Blues Festival, and Southern Maryland Blues Festival. The guitarist’s last five CD’s (“Holdin’ Ground”,” Bobby Messano Live In Madison”, “that’s why I don’t sing the blues“, “Welcome To Deltaville” and “Love & Money”) have garnered 26 Grammy 1st Round ballots in 8 categories and airplay on over 275 Blues shows. 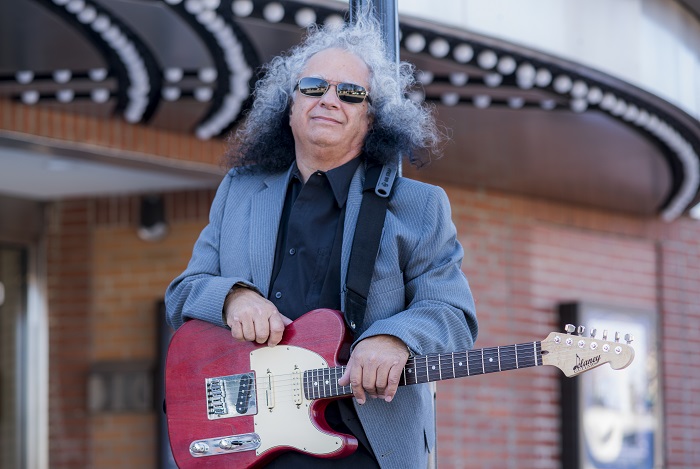 “That’s why I don’t sing the blues” was on the American Blues Scene’s Blues Top 5 Chart for 24 weeks and was named 2012 TOP BLUES/ROCK ALBUM by Blues Underground Network. Between 2012 and 2016, Bobby played over 400 shows in 32 states to over a ½ million people. In 2012, the artist was inducted into the “BLUES HALL OF FAME”. His CD’s are heard daily on “Sirius/XM’s B.B. King’s Bluesville and “LOVE & MONEY” which was released in April 2015 was nominated for a prestigious Blues Blast Award for “Best Rock-Blues Album” in 2015. It debuted on the Billboard Blues Chart at # 7, peaked at #1 and spent a total of nine weeks in the Top 10. It was also #7 on the Billboard Heat Seekers Chart and Top 40 on both the Billboard Rock and Indie Charts. “Love & Money” also ended 2015 at #44 on the Roots Music Report Chart. Bobby’s newest CD “BAD MOVIE” released on April 2017. It is a collection of fifteen incredible songs written with major co-writers Jon Tiven, Larry Weiss and Steve Kalinich and features the amazing “Come To Your Senses” written by Queen founder, Brian May and Jon Tiven and the haunting duet “Water Under The Bridge” with Bobby and Alecia Elliott.

Over the course of my career I think I’ve learned a lot about actually trying to NOT get involved with the Rock n Roll culture if you want to have longevity and remain valid as an artist/player. For me returning to Blues/ Blues Rock in 1990 grounded me and put me in a place where 27 years later I can still write about the pain and sorrow and joys and happiness that I have now gone through after 40 years in the business.

How do you describe Bobby Messano sound and songbook? What characterize your music philosophy?

I think my sound has always been a guitar oriented Contemporary or Blues Rock one and I’ve always taken a lot of pride in being able to play and sing with passion and depth. It’s also been incredibly important as a songwriter to write MY story or observe someone else’s story when writing a song. Honesty as a writer…paramount. My musical philosophy has always been to be at the top of your game….try to play and sing the best you can at all times because the audience deserves only the best. If you let the fans and the audience down, no matter if it’s ten or a hundred thousand you let yourself down. A great phrase from Clapton is true…always play like it’s your last time.

How has the Blues n’ Rock culture influenced your views of the world and the journeys you’ve taken?

Well, it has certainly given me a world view after being able to play all over the United States and Europe over the last 40 years. You end up with a totally different perspective of life and how people live it in different cultures and states. You also have a unique view approaching it as a musician/artist, which is completely different from a regular person working a 9-5 job.

Wow, there have been so many amazing people in my life, many who I’ve known for 30 years or more. Playing for Steve Winwood was certainly one of the most important experiences for me. He taught me that there weren’t any boundaries musically. I still try to follow that. There have been some really bad people in my life that are now gone who were incredibly important to me because they allowed me to write about subjects that frankly I didn’t want to. There is good in evil for a songwriter I guess.. My father said…”Don’t you ever stop hitting those high notes, nobody does it like you…” I miss him and I keep hitting them. 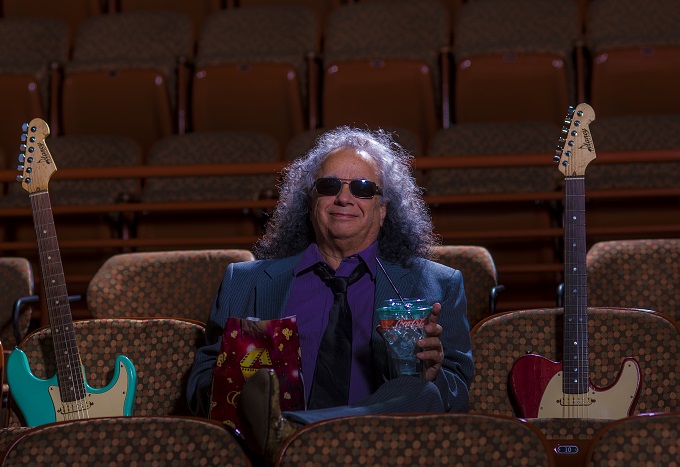 "I think my sound has always been a guitar oriented Contemporary or Blues Rock one and I’ve always taken a lot of pride in being able to play and sing with passion and depth. It’s also been incredibly important as a songwriter to write MY story or observe someone else’s story when writing a song. Honesty as a writer…paramount."

Oh boy…too many…Aretha Franklin making me coffee in a studio, Having my arms and legs duct taped on stage on the last night of a tour, Meeting Eric and Patty Harrison Clapton, Playing my first stadium, Getting a standing ovation for the first time and hearing myself on the radio for the first time, auditioning for Steve Winwood, When Charles Brown said to me “…You write and feel the Blues, don’t ever listen to anyone that says you don’t…” Getting an email from a fan thanking me for saving his life with one of my songs….That’s why I’m writing my memoirs..)

The bar was higher for playing, songwriting and singing…When I came up through the music business, you HAD to be on your game…Now it’s nowhere near the proficiency of the past…My fears are that great music and especially musicians and LIVE playing will disappear….venues close daily and we can see concerts online. That started with MTV  in the 80’s…They’re great tools, but there is nothing like seeing a live show. My hope is that we continue to see the growth of tremendous music and musicians in EVERY genre.

That someday people will see musicians as they are…hard working, driven artists that work their craft and their job just like everyone else who works…It is a REAL job…a job that you work 24/7, not some sidebar or hobby. To be taken seriously at some point by the world and paid well at EVERY professional level would be beautiful.

What has made you laugh and what touched (emotionally) you from Stanky Brown era?

I was in A BAND playing as a professional musician in front of LOTS OF PEOPLE and with some of my idols…Made me proud and laughed every show…Holy Cow!!

What is the impact of Rock n’ Blues music and culture on the racial, political and socio-cultural implications? 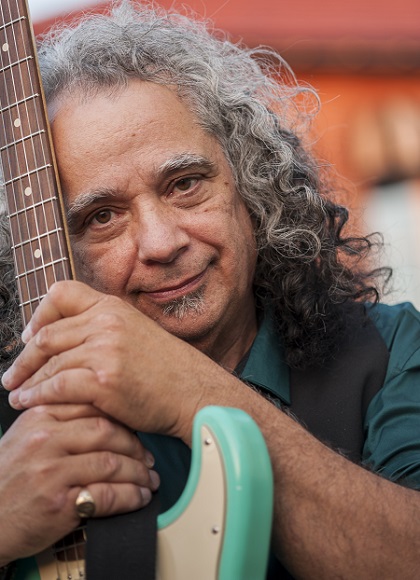 It has a HUGE impact on every racial, socio-political and cultural situation…The music draws people together, explains problems, gets feelings out and TO people that would not be able to speak it… It makes people laugh, cry, be angry and it can move people to not accept what is being force fed them… Music has no ethnicity…we are all black, white, purple or whatever when we listen and play it… there is nothing else in the world that can cause all of those emotions to be FELT by pretty much EVERY human on the planet… You can’t have a greater impact than that.

"A great phrase from Clapton is true…always play like it’s your last time."

Oh holy hell….LOL….For me, I’d like to go to Hawaii and be on a beach with a big stage jammin’ with Jimi, SRV, Clapton, Jeff Beck, Les Paul, Muriel Anderson, Winwood AND Jimmy Smith…Geez can you imagine having a day like that…Where’s the Pina Colada’s??