Q&A with Memphis-based singer, songwriter and keyboardist Sandy Carroll - back to her comfort zone with Blues & Angels

"The blues teach me to be open, authentic, a warrior for freedom of ideas and voices to be heard ... a path for stories of life, warts and all, to travel. Although all genres are a door to those voices and stories, the blues are raw and shake bones and soul."

Catfood Records released “Blues & Angels” (2018), the new album from singer, songwriter and keyboardist Sandy Carroll. Produced by Sandy’s Grammy-winning husband Jim Gaines, “Blues & Angels” features special guest appearances from Blues Music Award winning singer Johnny Rawls, guitarists Rocky Athas and Bernard Allison, as well as many members of the famed Muscle Shoals studio crew, including bassist David Hood and keyboardist Clayton Ivy. “Blues & Angels” is her fourth album for Catfood Records and comes after Carroll’s previous albums focused on her Americana and country music connections. Her 2016 project, “Last Southern Belle,” hit #1 on the roots charts for Contemporary Country Song for six weeks straight and was #1 on the Hot Indie 100 Charts. “Returning to the blues is my comfort zone,” Sandy Carroll says about the new album. On “Blues & Angels”, Sandy Carroll touches on a wide assortment of universal feelings and truths. “Some of the songs are written for healing,” she admits. ‘Wrapped In An Angel’ and ‘Headin’ Home’ are two of those; some are songs of awareness like ‘Road Angels’ and ‘Movin’ On.’ ‘Slings and Arrows’ and ‘Blues All For Myself’ are about recognizing the dark and either being prepared with a lifelong armor or letting it run its course. Some of the songs are joyous: ‘Somebody Gotta’ Dance’ and ‘Love Is A Wonderful Thing;’ some are tongue-in-cheek songs about atonement: ‘Soak Me In The Spirit’ and the timely ‘Mama Don’t Like It,’ that speaks to the empowerment of women and a sassy blues warning to anyone ignoring the ‘me, too’ movement. “One, and only one, is a true love song: ‘Mississippi Me’ is for my husband and its delicate simplicity grants me peace,” states Carroll. 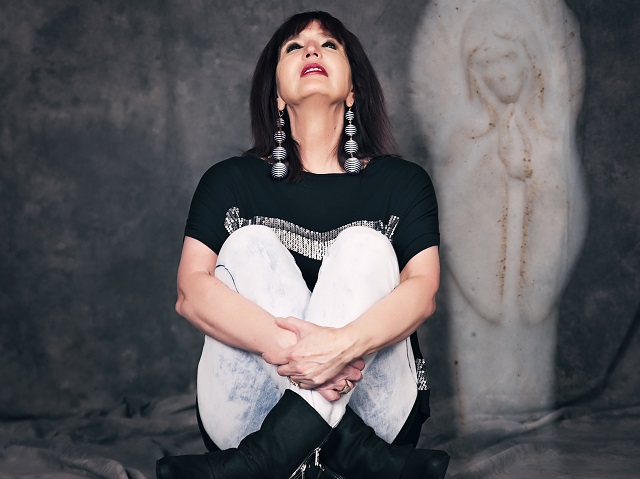 For the songs on her new recording, Carroll collaborated again with Songwriter Hall of Fame member Mark Narmore, as well as William Lee Ellis and some new writers, including Stephanie C. Brown (“Burning Bridges” – Garth Brooks). From the musician side, Hall of Fame guitarist Will MacFarlane, plus special guests Bernard Allison and Rocky Athas put the blues licks and tones in their proper place. “I was honored to write and duet with Johnny Rawls,” she declares. “Once again we recorded at Bessie Blues but also took it on the road for a cut at East Avalon Studios in Muscle Shoals and home to Memphis for a day’s work at American Studios.” The A-Team rhythm section is Steve Potts, Dave Smith, Rick Steff and Steve Selvidge from Memphis. The A-Team from Muscle Shoals: David Hood, Clayton Ivy and Justin Holder laid it down for a glorious cut. Drummer Derrick Young worked in our studio while we were experimenting and did so well he ended up on two cuts. And I couldn’t be luckier than to have singers Reba Russell, Daunielle Hill, Barbara Blue, Nancy Apple, Lorina McMinn, Trinecia Butler, Rachel Robinson and Trey Hardin give the songs the texture and power they deserve.”

The blues teach me to be open, authentic, a warrior for freedom of ideas and voices to be heard ... a path for stories of life, warts and all, to travel. Although all genres are a door to those voices and stories, the blues are raw and shake bones and soul. The culture is a family ... almost always supportive and steady with bridges of commonality imprinted on the heart.

My songbook and sound comes from what’s happening around me ... not necessarily to me. Ideas come from what I can see, feel and hear plus I co-write with some great ones. My groove always comes from Memphis...maybe, the Mississippi mud or the spirit of those traveled before ... a little behind the beat, rolling deep and wide. 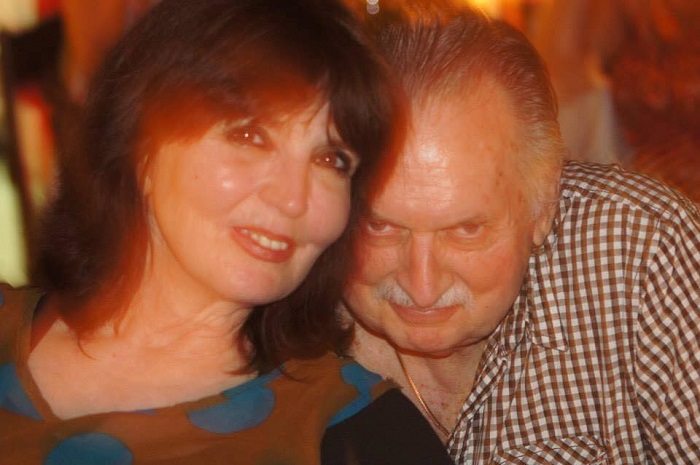 "Blues is a specific genre, but I think it is an artistic movement, too. The framework of the boundaries are always being pushed. That’s a good thing ... in order to survive, the Blues must be open to experimenting past the purist idea of the genre. Nothing survives without change." (Photo: Sandy Carroll & Jim Gaines, Memphis TN)

Acquaintances in both my musical and personal life are tremendously important. I get my stories from friends and acquaintances. I learned to hone my writing skills from Willie Mitchell, first called an artist by Jim Dickinson ... both legends from Memphis now gone in body but leaving behind their gifts. Jim Gaines is the most important... he blows my mind and gives me new ways to approach old things ... course he is my husband and the love of my life so I am probably not objective (smile). Best advice was from Stephanie C. Brown, a co-writer, we were getting off track one session and she said, “write what’s in the room.”  That is one of my mantras now. Gather what you’ve been given that day ... it is waiting to be heard.

I played many years on Beale Street In Memphis...me and a piano and a funky drum machine. I would Boogie so hard there would be blood on the keys ... people were dancing on the tables, though, so it worked. There were speakers outside and I noticed a man standing there most of the night.  When break time came, he ran inside and put some pennies in the tip jar. He couldn’t afford to come in for a drink but he paid what he had to the music. I will never forget that. I’ve gigged everywhere ... songwriter nights and full band with horns. One more story: our 4-piece band was playing Memphis in May and all of a sudden Rufus Thomas and the Memphis Horns came up to finish the set. Great surprise and super memory.

I miss real songs! You can still hear them in Blues and country but I’m old school ... I like to hear a story or feel a painting through the music. As a writer, I would change the way we are paid for streaming songs. On the other hand, as an artist, I am grateful that the music is being heard on all kinds of radio programs. That, at the heart of it, is what it’s really about.

"My songbook and sound comes from what’s happening around me ... not necessarily to me. Ideas come from what I can see, feel and hear plus I co-write with some great ones. My groove always comes from Memphis...maybe, the Mississippi mud or the spirit of those traveled before ... a little behind the beat, rolling deep and wide."

Blues is a specific genre, but I think it is an artistic movement, too. The framework of the boundaries are always being pushed. That’s a good thing ... in order to survive, the Blues must be open to experimenting past the purist idea of the genre. Nothing survives without change.

The female artist ... one who is married to her music ... usually has some hard choices. She most likely will spend lots of time on the road and must be able to relocate quickly. Now, if we were discussing a man, that might be normal, but women sacrifice having children and roots much of the time. She has to learn to have her own voice and find her power. Blues females are more than the “chick in the band”. They bring strength in that man’s world and learn to speak up to be heard...especially in the studio. You earn it.

The impact of female blues comes through, and it has since the beginning, of a strong, sassy woman. Mama Thornton sang about not wanting no hound dog sniffing round her door ... I just recorded Mama Don’t Like It about how a Blues Woman might address the #metoo movement. As far as racial, political implications, I can’t think of any other form of music other than Blues and Soul that propelled the civil rights movement. Powerful brave statements for the world to hear and react ... a change is gonna come ... Solomon Burke’s None of Us Are Free (if one of us in chains) still gives me chills. 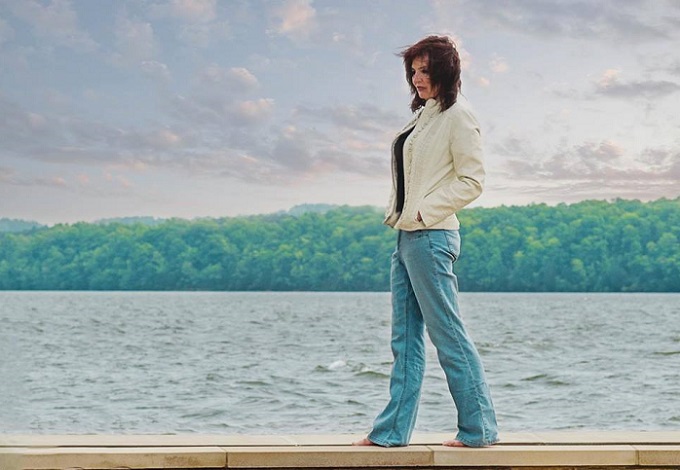