Q&A with multi-faceted, California-based Marlon Hoffman, keeping the music alive with his friends and his guitar

Marlon Hoffman is a multi-faceted, Southern California-based, singer/songwriter keeping the music alive with his friends and his guitar. His never-ending musical path has taken him all over this world: in Recovery, the Arts, and live performances of all kinds, just about everywhere. Marlon Hoffman's long, winding, and impressive musical path goes something like this: Big Mama Thornton spent seven weeks at Number One with “Hound Dog” in 1953, the year Marlon was born. His dad heard Elvis sing it in 1956 and went on to sing it to young Marlon, over and over again, drilling it into both Marlon's heart and head. The young Hoffman was raised on the music of Gene Autry, Roy Rogers, Patti Page, Harry Belafonte, Burl Ives and Fess Parker; by the time he was ten, Marlon was already strongly influenced by groups and artists like the Four Seasons, Leonard Bernstein, The Beach Boys, Chubby Checker, and The Beatles. Then, with a set of drums… his path was full on Rock and Roll!                                              (Photo: Marlon Hoffman) 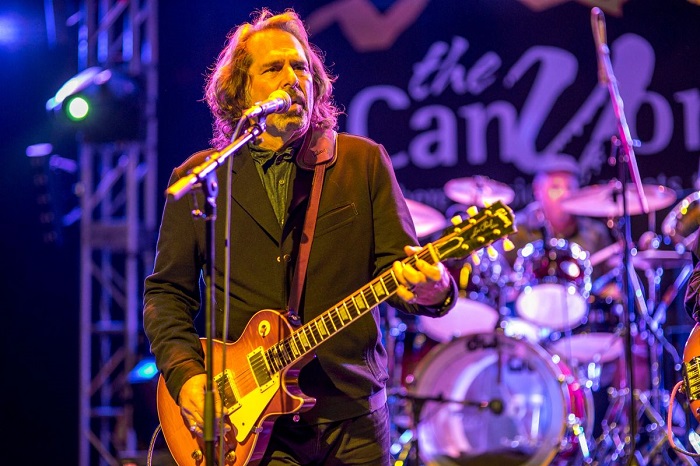 By the age of twelve Marlon was playing songs by the Yardbirds and the Kinks, which came in handy, circa 1968 -- Marlon’s fourteenth year on Planet Earth, and the year of the last Yardbirds tour when he met Led Zeppelin guitarist Jimmy Page -- who had Marlon carry his guitar to the legendary British band's gig at The Image on Miami Beach. From a folding chair on stage, Marlon got to see and feel the power and magic of live music up close, and he was hooked. From that point forward, Hoffman immersed himself in the power and magic of countless concerts and gigs dedicating his eyes and ears to amps, guitars and songwriting, crafted under the influence of from collaborations with artists like McClinton Rayford, Dave Von Ronk and Kinky Friedman (the latter for whom he played drums as part of Friedman's famed 'Rolling Thunder' review). Marlon worked the First Aid Station at rock concerts during the Woodstock Generation, which in turn, led to the wonderful perk of meeting late Beatle George Harrison backstage at the Concert for Bangladesh. Prior to moving to Los Angeles Hoffman played the streets and clubs of St. Louis, New York, Los Angeles and Miami, sharing stages with the likes of the Gun Club, Split Enz, Kink Friedman, The Busboys, and David Gray.

Wow! What a great question. Thank you. “The Blues and Rock Counterculture” has been and is and always will be my lifeline to “sanity” and understanding the “bigger picture”. I’m sure many of us could write a book on just this question. My earliest days were marinated in Nat King Cole, Ella Fitzgerald, Harry Belafonte, Elvis Presley and on and on. Everyone was touched and created by the Blues. By the time I was a teenager I was in a band playing, Born Under a Bad Sign by Albert King and Smokey Joes Cafe, by The Robins. We had a real blues man from Chicago who came down to St. Louis to lead us in all the blues standards and greats. Every nuance of the Rock Counterculture owes its credits to the Blues and Country Music from Africa and Europe. The beautiful cacophony of all the influences created rock and roll. The best of to all always makes into my heart and soul for guidance, transcendence and joy, be it Bo Diddley, the Talking Heads or Anderson Paak. Just to listen to Son House, Blind Lemon Jefferson or Reverend Burnside never fails to slow me down and deal with my life. 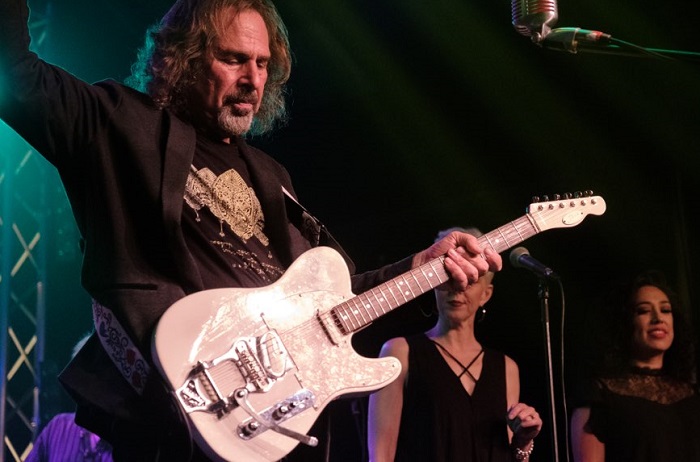 My sound is Rootsy-Rock Americana with a tip-of-a-hat to riff-driven anthem sing-a-longs. My music philosophy is; play music that makes you feel good and sing songs that feel true and real to you. Also, if you play an instrument, keep it close like a friend and be gentle, or angry, or powerful, or honest, or loving. Noodle, think and play. Or don’t think, noodle and play. Just play. Do your art. I’m pretty sure my drive comes from the Tsunami of the Universe, Higher Power, you know the drill. The more I have trusted that the easier the path and the songs. It’s wonderful to let go and sing a song, write a poem, dance a jig, doodle on some paper, play a part, communicate a love or a woe. I still get a thrill singing” This Land is Your Land”. All this is multiplied when you do this with others. It’s my own version of Heaven.

There have been many moments that have changed and highlighted my life and careers. Robert Morgan Fisher is a Narrative Engineer. He teaches Autobiography in the Graduate School at UCLA. We met because he is a songwriter and performer also. His work is amazing, and he is working on a Leonard Cohen project as well as one on Steve Goodman It all adds up to now. And now is pretty darn good. Every year has been full of magic. I have two amazing children, three grand grandchildren, and perfect partner. I live a life of music and service to others. It just keeps getting better and better. To get back to your first question, “what moment changed my life the most?”, I’ll just say that due to the synchronicity of all the moments at one time. I went from a man who was confused and lacking faith and hope to a man who believes in everything we are offered as explanations to our existence. All cultures All stories, I buy it all and everyday I am thrilled at what I see, hear and feel. When the book is published and available the details will tell a great tale. So, I’ve been told. 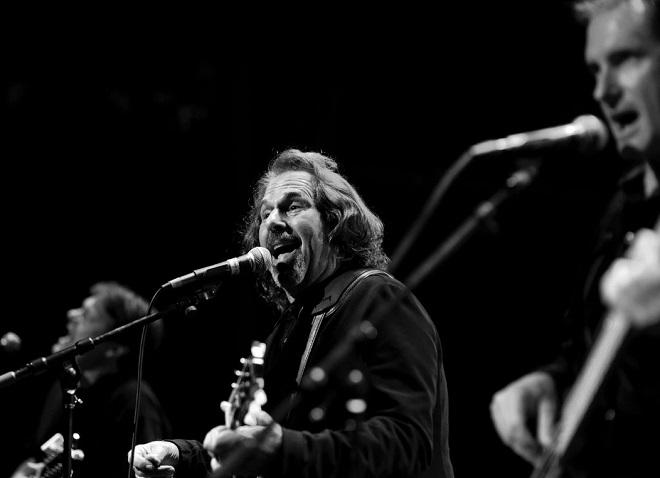 "That's simple. I'd be on a never-ending tour except for a few beautiful stops in beautiful places where I would either be resting or doing a sabbatical with other artists. Getting it out there to the rest of the world. It's so much fun the whole process."  (Photo: Marlon Hoffman)

Yes, I’d like to share two stories from when I was playing on the streets of New York City. I was busking on my guitar with my case open to collect any monies forthcoming. Normally that would pay for my bagel and coffee or if I wanted to splurge, a half pint of fried rice. One day I was playing and three young men on their bikes road up and listened attentively while I knocked off three of my songs. After my third song the leader of this entourage said to me, “Man, I like your songs they’re good and I was gonna give you some money but when I saw your sneakers, I could tell you didn’t need any money.” Moral of this story is when you busk make sure you wear your shitty shoes (laughs)

Story #2. I was busking again on a freezing, cold, icy, day. I was bundled up and able to sing and play. Down the street from the north, I could see someone slowly shuffling barefoot dressed in old cardboard.  As this figure drifted toward me. I planned to bend down and grab some money and donate. I reached down to grab some change. ln my view between me and the sun I saw a hand flip a quarter in the air and the light from the spinning coin made me squint as it fell into my case. I said “Thanks”. 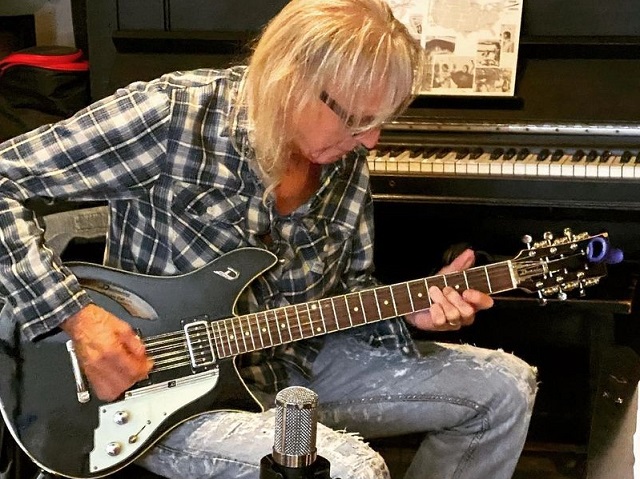 "My sound is Rootsy-Rock Americana with a tip-of-a-hat to riff-driven anthem sing-a-longs. My music philosophy is; play music that makes you feel good and sing songs that feel true and real to you. Also, if you play an instrument, keep it close like a friend and be gentle, or angry, or powerful, or honest, or loving. Noodle, think and play. Or don’t think, noodle and play."  (Photo: Marlon Hoffman)

That's simple. I'd be on a never-ending tour except for a few beautiful stops in beautiful places where I would either be resting or doing a sabbatical with other artists. Getting it out there to the rest of the world. It's so much fun the whole process.

That's a scholarly question that deserves a scholarly answer. That I can't really give here. But briefly, I'll just say. That art depicts life. And sometimes. Art. Dip it. Art. Stimulates life. And sometimes. Art is life. It's like the relationship between lakes and the ocean. And the moon in the sky. I'm sorry to be. So esoteric. But that question is for graduate students. In some other place. But thank you for the question.

That's an awesome question, and here's what popped up in my head immediately. I want to be with The Beatles and the Maharaja after they've been at the Ashram for a week. Songs were being born and meditation was being learned. And people were eating fresh vegetables. And who knows what? Ha ha ha ha ha. 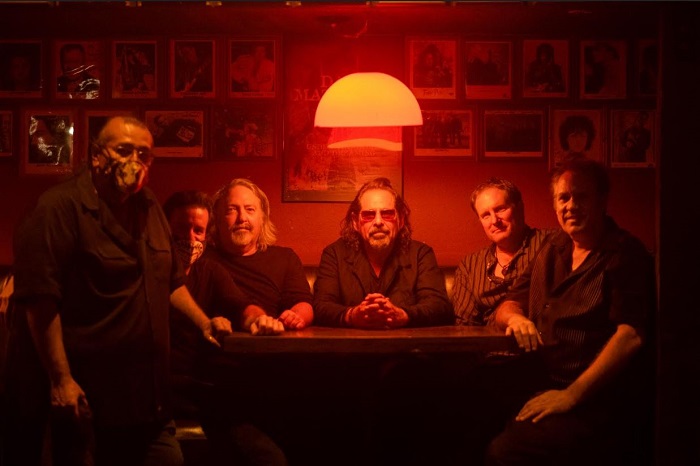