Q&A with multi-instrumentalist based in Portland Oregon, Kathryn Grimm - who has had a colorful journey

"All those styles of music historically have pushed the boundaries forcing the truth on people to think, act, learn, change. I was just watching the Earth Song video by Michael Jackson. Wow, that is powerful. First it takes artists brave enough to tell the truth, then the media’s willingness to put it out there."

Kathryn Grimm is a singer, songwriter and multi-instrumentalist based in Portland Oregon who has had a colorful journey to say the least. “And I’m only half way through!” Living for some time in Hollywood, this petite musical dynamo has written, recorded and/or performed with some of the best in the biz. Friend and fellow guitarist Jeff Buckley backed her up in her original band “Group Therapy”.  She and Bo Diddley jammed between takes while filming “Rockula” (“One of my career highlights is playing his guitar”). After hearing her version of “Spanish Castle Magic”, Al Hendrix contacted her to give his blessing (“An amazing acknowledgment.”). She’s the featured guitarist in Michael Bolton’s video “Dance With Me”.  Her self-produced CD “GRIMM AGAIN” was an honorable mention on the Official Grammy Ballot (Best New Electric Blues Artist). Her CD “TRANSITION GIRL” features “Money Talks”, one of many songs she recorded with Jeff Buckley.  Her latest album “GOD IS TESTING ME” is getting rave reviews on the Blues circuit. Locally Kathryn has her hands in several projects – writing, singing and playing guitar for her two bands “HIPPIE LOVE SLAVE” (a fun mix of Blues/Rock/Jazz and Psychodelia) and “KATHRYN GRIMM AND THE BLUES TOOLS” (Sultry Electric Blues), singing, playing guitar and bass for the trio “THE JAZZ ROCKETS” and “THE STRUM BROADS” her duet with Portland’s Blues Legend Sonny Hess. She’s also a regular guest for Sonny Hess’ NW Women In Blues events and the house guitarist for The Rocker Chixx Choir. Kathryn wrote several songs for the award winning play “Homeless, The Musical” by Portland playwright Alan Alexander.  Academically Kathryn is a graduate of the Musician’s Institute Guitar Program and has two degrees from California State University, Los Angeles (BA, Jazz Studies; MA, Commercial Music) where she graduated with top honors and was the recipient of several scholarships.  Her new band “KATHRYN GRIMM AND THE BLUES TOOLS” is sure to make a big splash on the local Blues Scene. The Blues Tools are Grimm; Fenix Sanders (vocals/saxophone); Kelly Clifton (bass/vocals); and Charlie Swift (drums).

In my late 30’s I became frustrated with tying to make a living to pay the bills and making the most time to play music. It wasn’t easy to do both at the same time in Los Angeles and it took me a while to get there. I decided to apply to a University and finish a music degree I’d started in Seattle years before. The plan was to teach, to make a consistent living with weekends and summers off.  It didn't really happen like that. After getting two music degrees back to back (BA Jazz Studies, MA Commercial Music) I couldn’t find a solid job so I began teaching privately.  I also began writing and playing much more organically in protest of all the "learning". There is such a thing as too much academia. Blues helped me simplify my music and my life. Blues to me just means purity. The truth. Simplicity.

How do you describe Kathryn Grimm sound and songbook? What characterize your music philosophy?

Oh dear, I suppose “Electric Blues” is the best word for most of what I do. I’m influenced by so many styles – (blues, rock, jazz), and artists (Jimi, Patsy, Coltrane, Muddy). Usually I’m writing mini autobiographies. My songs are often snippets of my life, me trying to figure things out.

I guess the best way to answer this is that several artists have inspired me and impressed me with their honest expressions of what’s wrong, what should not be ignored. I think it’s wise for those who have influence to use it to shake things up a bit to help eliminate complacency and/or create change. Zappa, Lennon, Prince were all loved, and hated, for having the guts to do this. 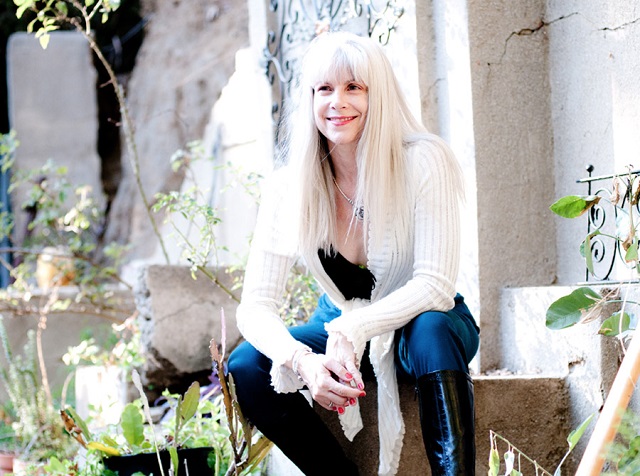 "Blues helped me simplify my music and my life. Blues to me just means purity. The truth. Simplicity."

Wow, there are so many important happenings, it’s hard to choose one. That’s something I need more time to ponder. The best advice – be yourself, don’t be a sellout.

I have many fond memories of recording with my late partner, songwriter/bassist Mark Frere and our friend/bandmate Jeff Buckley.  Both bordered on genius, Mark for his lyrics and melodies, Jeff for his crazy brilliant musical mind. I remember being in the studio recording Mark’s song “Hot Date With Buzz” and Jeff suddenly pulling out a slide and ripping off a mind-blowing blues solo. We’d played together for two years at that point and I never knew he played slide. Someday I’ll have to release those recordings. Of course, playing that song live was always an attention grabber…

So much. Artist’s once upon a time really challenged things with their fearless lyrics. Songs brought hope, offered solutions. The simple message John Lennon was trying to get across with “All we need is love”, there’s nothing simpler or more profound. Some things are better (indie artists doing exactly what they want without a label dictating) some are worse (being fed music that is inane by the media). My fears are that with technology musicians will become obsolete, that emotions/feelings won’t be emoted, that music won’t be inspiring or expressive.   My hopes are high though. There’s an awareness happening with our youth that is encouraging.

There are two things tied for first place: I’d bring Jimi Hendrix back from the dead, ask him to join my band and give me guitar lessons. To me Jimi oozed the blues.  He just loved music so much. I’d also love the chance to meet and talk with Sister Rosetta Tharpe. I’d love to find out the truth about her influence on electric blues (which I believe she invented) and on the many players that came after her. She had the Chuck Berry sound before Chuck Berry did. "My fears are that with technology musicians will become obsolete, that emotions/feelings won’t be emoted, that music won’t be inspiring or expressive.   My hopes are high though. There’s an awareness happening with our youth that is encouraging."

Is this question because you read my bio?  I was in a movie with Bo, “Rockula” and we hit it off - hanging out together and playing music. He let me play his famous guitar. You needed strong hands to play it, it wasn’t easy. That’s a moment I’ll never forget. He was full of life – friendly, fun, happy and just great to be around.

I don’t know their status, I just do what I do. Life just isn’t easy, for anybody. It takes perseverance to survive. It takes strength.  It takes courage. It takes really knowing who you are and what you want in order to be taken seriously, to not be mowed down by people who like to tell you what you want. I wish there were more women producers/engineers. It’s happening, slowly. It’s not going to be a man’s world much longer, it’s going to be a us world.

What is the impact of the Blues, Rock and Jazz on the racial, political and socio-cultural implications?

All those styles of music historically have pushed the boundaries forcing the truth on people to think, act, learn, change. I was just watching the Earth Song video by Michael Jackson. Wow, that is powerful. First it takes artists brave enough to tell the truth, then the media’s willingness to put it out there.

To the future. To Heaven, assuming for a moment that it exists. All my beloved musician friends and heros are there jamming up a storm. I’d spend the day picking brains and playing whatever new amazing musical genre is happening up there. 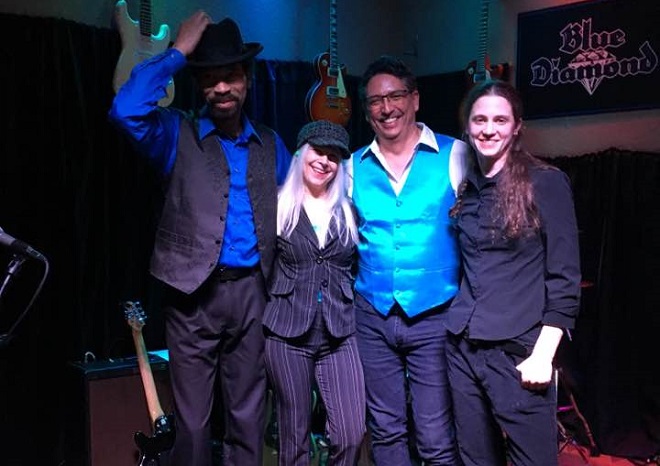