"I miss the fact that a lot of the past music wasn’t following trends as much as today. Things seem very commercialized and repetitive today. Although on early music’s behalf, a lot of those musical ideas had never been done. And it was like a clean slate for a lot of artistry. And there weren’t too many trends to follow anyway back then."

Mike Ian returned to original vocal music, bringing a new, large-scale, progressive sound to fans with the release of his new conceptual prog album “The Learning Tree” (2022). Now available, the new record brings back vocal elements not heard since his 2010 release, “Puzzle Pieces.” Multi-instrumentalist, Ian recorded all the instruments and vocals for “The Learning Tree” in his studio, Eyeball Studios, in Cinnaminson, NJ casually spanning as far back as 2004 onward. Upon deciding to finally complete this massive project this year, freshly recorded drums and vocals were added to complete the project and give it its final touches. Lyrics always eluded Mike for completion of this project. The music has such a grand quality about it. And to put lyrics to match such a project was proving difficult. A few phrases were sporadically laid out amongst the tunes in the early infancy years. And a few phrases stuck. But the project lay dormant for years until lyrical inspiration would come to complete this massive music project. But for Mike, the lyrical inspiration never did come. Finally, collaborating with lyricist “Troy Raleigh,” Troy brought life to “The Learning Tree” with his poetic, and explorative lyrics. The words fit seamlessly and take the listener on a spiritual journey of reflection, inspiration, exploration, salvation, and love.                               (Photo: Mike Ian) 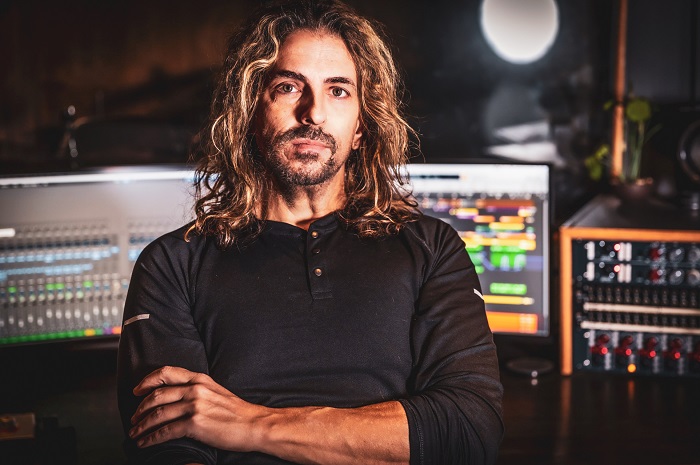 “The Learning Tree” is composed of 9 tracks each of which is an epic adventure within themselves. The opening title, “A Pirate’s Dream,” conjures up the thrill of the pirate life in the deep seas, and the adventures and dangers of the nautical, seafaring life. While “Something More Nothing Less” questions why love must be earned and fought for to have its rightful presence. The CD was mastered by Tom Volpicelli at The Mastering House, PA. Artwork for the project was done by Mike’s daughter, Ivy. “The Learning Tree” is now available on all digital streaming platforms and CD. Also in limited quantities, a 5.1 surround sound Blu-ray, mastered by Scott Hull from Masterdisk, NY will be available. The learning tree of life has many branches. Come experience its growth from its roots to its apex. How a dream in sleep awakened one’s spirit on a journey of reflection, inspiration, exploration, salvation, and love. Embracing the ever changing winds in one’s life with great fortitude… Dream away into reality. And climb the learning tree of life.

How has the Rock music and Counterculture influenced your views of the world and the journeys you’ve taken?

Being a fan of most of the counterculture music I can’t help but think that steered me towards that “rebellious” style of music of that late 60’s era. Be it rock, jazz, or classical, the deviations from the “norm” helped bring about a lot of musical decisions that expanded upon much simpler music that was being written at the time- even the Beatles went through many changes. This counterculture is usually what brings about change and new ideas. I can’t say that my music is changing the world, but I try to write and produce with a “fresh”, non-trend following, almost rebellious mentality.

For this particular album, “The Learning Tree”, the sound stems from a culmination of most of my early prog influences - Genesis, Yes, ELP, Pink Floyd, etc.  Having written orchestral music and having listened to the likes of these supergroups along with the Impressionistic period of classical composers such as DeBussy, Ravel, Stravinsky, my musical production for this project was quite expansive and delved into a lot of this large-scale style of arranging for the songs. Each song, I think, is a complete adventure within itself. A finished painting if you will. Having a songbook that covers many other genres, I approach each song or album with this “painting” philosophy. 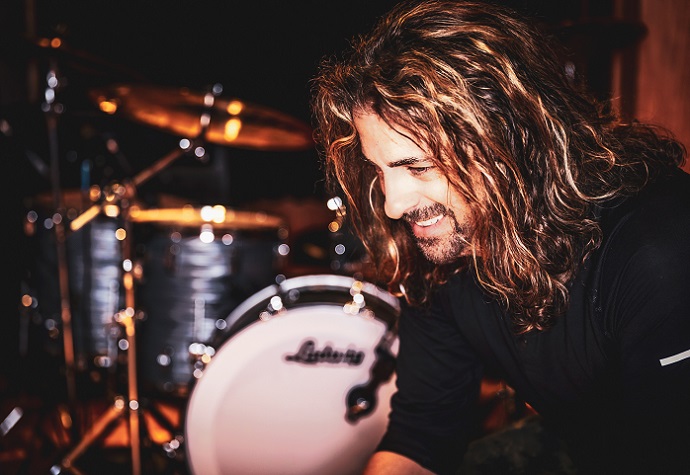 "I don’t think music is all that effective in breaking out of one's socio-cultural upbringing and/or surroundings. People seem to stay in their lane. They enjoy what they grew up with." (Photo: Mike Ian)

I miss the fact that a lot of the past music wasn’t following trends as much as today. Things seem very commercialized and repetitive today. Although on early music’s behalf, a lot of those musical ideas had never been done. And it was like a clean slate for a lot of artistry. And there weren’t too many trends to follow anyway back then. Things were pretty simple back then, musically. There’s plenty of new music still out there that IS breaking new, fresh ground today. I can only hope this still continues. Or that may be it!  The last song ever will have been written!

I think seeing live bands at my local arenas, like ELP, UK, Genesis, YES, at a very young age sparked something in me to want to become a musician. I just loved the fact that these folks were up there singing or playing their instruments and the effect it has/had on thousands of people. Every time I play live I love to see the joy it brings. That will always be a highlight music has brought me.

Somehow change the way in which artists are exposed or discovered. Since the advent of the internet, etc., the market has become swamped with artists, and it’s become quite tough to become noticed. It always seems money is dictating the direction of things.

What is the impact of music on the socio-cultural implications?  How do you want the music to affect people? 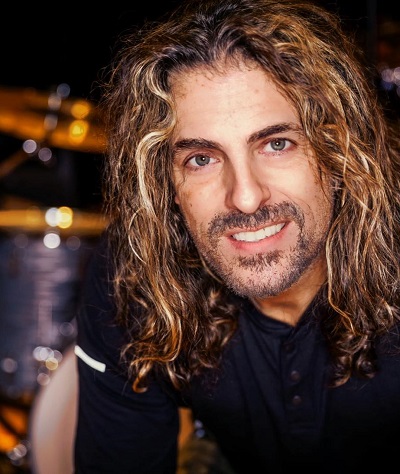 I don’t think music is all that effective in breaking out of one's socio-cultural upbringing and/or surroundings. People seem to stay in their lane. They enjoy what they grew up with. The implications of which, I think, created cliques and too many musical “compartments” and put music into too many genres. It takes a pretty open mind to explore other socio-cultural musical avenues. That being said, I do think music affects people in a highly positive way if only for 3 minutes, or an entire album listen!

"Every time I play live I love to see the joy it brings. That will always be a highlight music has brought me." (Photo: Mike Ian)

People are people. We’re a touchy breed. Being a kind, humble person goes a long way. But at the same time can get you into trouble.