Q&A with multi-talented artist Kevin Godley, one of the most important pioneers of the pop music

"Re music’s impact sociologically…Its hard to define how and when music actually changes things. It certainly doesn’t work immediately, and it doesn’t work on everyone. What it tends to do is seep into the fabric of society and through popularity, controversy, discussion or its very presence make a difference."

Multi talented legend Kevin Godley will release his debut solo album, Muscle Memory, on December 17. The 11-track collection, which will be available on CD, on vinyl and digitally, is a collaborative project that Godley put together in a unique way. In July 2017 Kevin Godley – formerly of 10cc and Godley & Creme – posted an invitation on the site PledgeMusic: “Write and record with me.” PledgeMusic was a platform for musicians to connect directly with fans who could pay for music in advance to support the creation of albums. Kevin’s project took the potential of this remote, socially distanced collaboration further. He explained: “Recently something happened that eclipsed any songwriting techniques I’d learned in 10cc or Godley & Creme. Out of the blue, I was sent 2 recorded instrumental tracks with requests to write melodies and lyrics and turn them into songs. Both tracks came from people I’d never met and still haven’t. Experiencing this kind of remote collaboration and its results has been transformative for me, as I believe I’ve recorded 2 of my best ever songs and MUSCLE MEMORY, as I’m calling the album, will be about opening this collaborative door a lot wider.” Kevin received 286 instrumentals, choosing to conceal the names of submitters so as not to focus on high profile artists. Of these 11 were chosen for the final tracklisting. The instrumentals vary wildly, from jarring electronic beats to Gotye’s dreamlike balladic contribution, “Song of Hate.” 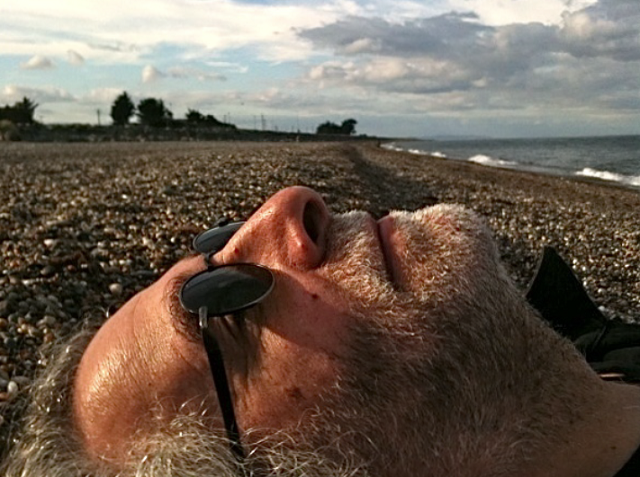 In May 2019, before any money pledged had arrived to support the album, PledgeMusic declared bankruptcy. With the lists of pledgers gone and the project stalled, The state51 Conspiracy contacted Kevin and funded the project so that those who had paid would still be able to listen to the record they were helping to make. The album marks Kevin’s first time fronting a project. His lyricism is cutting, political and provides a mood similar to film dialogue over classic pop lyricism. Gun control, societal unrest, racism and questions regarding political correctness make for some of the most striking lyrical content likely heard on an alternative pop record. This is a dark record from someone not known for dark themes. Kevin’s career features numerous exceptional albums and sees him as one of the most important pioneers of the pop music video. MUSCLE MEMORY is a fitting addition to this body of work, offering a provoking, daring new insight into Godley’s creative practice. Tracks from the album will be released in order every two weeks until the album’s release on the 17th of December 2020.

How has the music Counterculture influenced your views of the world and the journeys you’ve taken?

I was at art college all through the 1960s so, along with many other musicians, I was part of a generation that grew up in an atmosphere of change and rebellion. The echoes of my youth are permanently imprinted on my DNA so it’s part of who I am, and like most people, my early experiences have given me a certain perspective on what I do and how I view the world today.

Wow! That’s a difficult question, as making music to me is more instinctive and intuitive than intellectual. Ideas come and I try them and react according to the moment. If they work, they stay, if they don’t work, I keep trying. My creative drive comes from a desire to make things that are original and that might have lasting impact.

How does the activism affect your inspiration? What is the impact of music on the socio-cultural implications?

Not sure what kind of activism you mean, but if it’s being aware of how there’s always been movements devoted to making the world a fairer and better place then knowing it’s still happening can be inspirational to any writer. Re music’s impact sociologically… Its hard to define how and when music actually changes things. It certainly doesn’t work immediately, and it doesn’t work on everyone. What it tends to do is seep into the fabric of society and through popularity, controversy, discussion or its very presence make a difference. 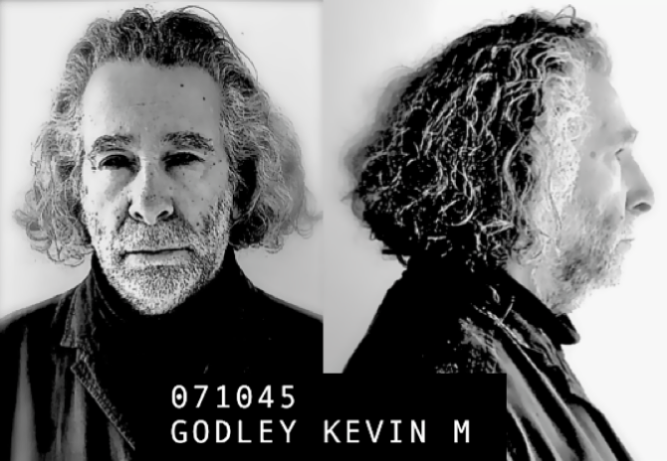 "I was at art college all through the 1960s so, along with many other musicians, I was part of a generation that grew up in an atmosphere of change and rebellion. The echoes of my youth are permanently imprinted on my DNA so it’s part of who I am, and like most people, my early experiences have given me a certain perspective on what I do and how I view the world today." (Photo: Kevin Godley)

How started the thought of Muscle Memory? What was the hardest part of this album? How do you want it to affect people?

I’m a drummer which is hardly the best instrument to write songs with. I also wanted to test myself and explore music that could be more challenging and allow me to react in new ways, so I asked anyone, anywhere, musicians and non musicians, to work with me. The hardest part was choosing 11 instrumental tracks to develop out of the 286 that I was sent. There was a lot of trial and error involved because there were so many fascinating pieces of music but, as I said earlier, I followed my instincts and intuition and let the songs write me.

Well, in terms of listening, I don’t miss anything because it’s all still there. What I do miss, in some ways, are the methods of making music. There is so much extraordinary and easy to operate audio technology available that I keep hearing the same samples, drum sounds, string sounds, auto-tuned vocals etc., so my hope is that future musicians’ responses to these new tools won’t be lazy. That they’ll use them to keep experimenting and surprising us. My fear, in a nutshell, is for loss of character. Artists and labels playing things too safe and failing to acknowledge that too much repetition invariably opens the doors to complacency and boredom.

What touched (emotionally) you from the illustration? What are your hopes and fears for the future of art (especially music)?

If you mean the album cover illustration, it’s a collage that I made from some digital photographs that I’d taken. The mouth image was a stain I noticed on some floor tiles and I couldn’t believe how much like a real mouth it was, so it had to be captured. I then built the face around that specific photograph for no other reason than it looked interesting. I used it for the album because, in a strange way, it looks a little like me as a child. Hopes and fears? All art is under threat at the moment. Cinema, theater, galleries, live music and more. So, the question of how to make art safe again unfortunately has to take precedence over where it goes creatively. That being said, I hope that it will continue to be perceived as a necessity to elevate and inform the human experience. A world without art isn’t a future I want to inhabit. 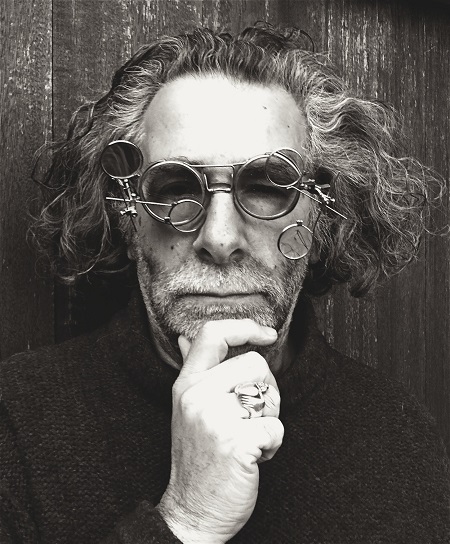 "My creative drive comes from a desire to make things that are original and that might have lasting impact." (Photo: Kevin Godley)

Essentially, find your own voice. You won’t necessarily find it if you look too hard, but if you have one it’ll find you. Also, two things… 1) don’t ask for too much advice about your music. A lot of people will suggest that you compromise it to find a market. 2) There are more artists out there than ever before, so part of your remit to yourself is to stand out.

Where?: To New York, Harlem, 1963 to see James Brown live at The Apollo Theater. Why?: Because, very selfishly, I know it would thrill me to the bone, and if I’m time travelling I want to seriously enjoy it! Oh yes, and before the show, I get to hang out with The Famous Flames and sit in on drums at the sound check.