"I hope it gives cause for many more people to "do music brain." Access to these levels of knowledge, wisdom, and creative potential are unmatched in our human timeline. To waste them would be a great tragedy."

Derek Wesley Arnold is an American songwriter and performer from Clayton, North Carolina. He began learning music at the piano when he was four with the help of his father, Harvey Dalton Arnold: bassist for legendary Southern Rock band The Outlaws. At the age of 10 Derek began playing drums, and by fourteen he was playing professionally in the nearby counties. In high school Derek started the band Blue Dust Box with three of his classmates. This band charted for two weeks at #8 in the Australian Unsigned Artist Charts. Derek was the primary songwriter for the group. At age 19 he moved to Raleigh and quickly became one of the most sought-after bassists in the region, which led to multiple tours of the United States and Canada, as well as countless hours of session work.  Derek was also consistently in house bands for five separate music venues in Raleigh over a seven year period. 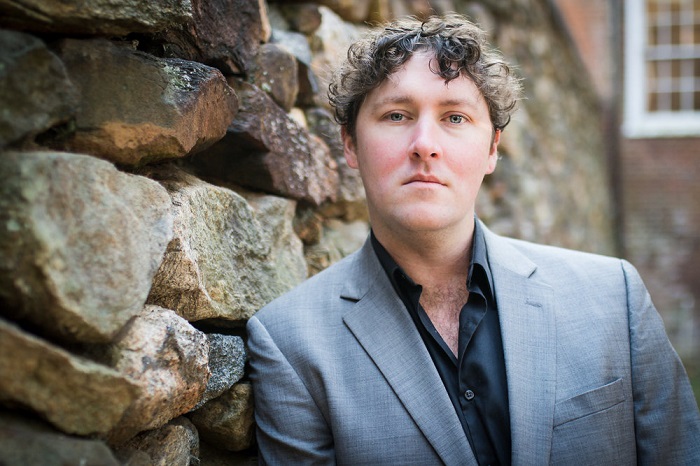 Derek is currently touring as the bassist/vocalist with Jim Quick and Coastline. He has also performed with Jimmy Hall, John Custer, Kenny Soule, Nick Hagelin, Daniel "Slick" Ballinger, world-renowned blues legend John Dee Holeman, and many others. He earned his Bachelor of Music Degree in Composition and his Master of Music Degree in Composition at the conservatory University of North Carolina School of the Arts where he studied under Dr. Lawrence Dillon and Mr. Kenneth Frazelle. Derek’s classical music has been performed by the Winston Salem Symphony, the Wachovia Winds, the UNCSA Orchestra, Wind Ensemble, and Cantata Singers, and many others. His music has also been recorded by the Daedalus Quartet, Yael Manor, and Lindsay Kesselman to name a few. Derek now lives in Lexington, NC where he is happily married to Lisa Bledsoe. He is currently pursuing a career as a touring performer, singer/songwriter, and music instructor.

How has the Folk, Blues and Rock music influenced your views of the world and the journeys you’ve taken?

My first real touring experience was with a blues musician named Daniel "Reverend Slick" Ballinger. We piled into a van for a few weeks and went around the US and Canada. It was the first time I ever played in front of more than 10,000 people. It was also the first time I ever played in a Chinese restaurant. That juxtaposition taught me to be open to all opportunities, no matter my own immediate impressions of them. An audience is an audience no matter what.

My philosophy when it comes to music is to always be willing to learn and always be willing to teach. The willingness to do the one will always strengthen the ability to do the other, and both will prevent a musician from stagnating. Besides, you haven't really learned something unless you can teach it. As far as my creative drive, I definitely get that from my father. He has always encouraged me to approach music creatively with a tool belt of knowledge from those who came before me. I think experimenting is wonderful and necessary. But to do so with any real meaning means having the ability to experiment with purpose, and that requires a working knowledge of your subject.

I have found that the most sustainable relationships and connections arise from mutuality. A level playing field. Equality. I have met many famous and successful people through my father, and it's awesome every time! But the long-lasting professional contacts and friendships are always the ones earned by one's own merits, and that's because there is substance, and a firsthand experience, established there on which to build. That leads me to the best advice my father ever gave me: "Do your best, and be yourself." 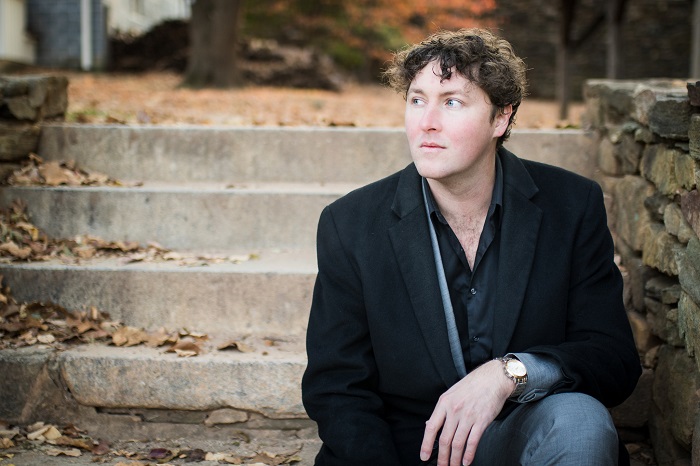 "My philosophy when it comes to music is to always be willing to learn and always be willing to teach. The willingness to do the one will always strengthen the ability to do the other, and both will prevent a musician from stagnating. Besides, you haven't really learned something unless you can teach it. As far as my creative drive, I definitely get that from my father."

So, I had just played the first night of our tour in Milwaukee with Slick opening for the comedian Lewis Black in front of 15,000 people. I had stars in my eyes for sure. I had made it. No going back now. Give me cars and money! Haha. Anyway, as we make our way east we descend on the town of Woonsocket, Rhode Island. I swear I didn't see anything there but a CVS factory, some houses, and this Chinese restaurant. We pull up to the restaurant and Slick starts unloading his guitar, and I'm like what?! We were playing these huge audiences and festivals...surely, we could just pay for dinner. But he says, "Nah man. This is our gig tonight. Let's get set up." My head is spinning. Is this a joke? Is he messing with me? I've never even heard of anyone playing in a Chinese restaurant before. But sure enough, we walk in, there's the stage on a back wall, there's our poster, there's today's date. Wow. Ok. Then I notice a hallway with a bunch of framed pictures. It was a gallery of some of the biggest names in blues music. Dizzy Gillespie, Leon Redbone, Livingston Taylor, Aztec Two-Step, Shemekia Copeland, Ana Popovic. And more. All of these people have played here. It felt like a huge moment then. Like this rite of passage. As if everyone serious about their craft all were funneled through those doors and existed there as a cohesive unit. Yesterday, 15k in Milwaukee. Tomorrow 12k in Albany. But right now, we're all together outside of time and space at Chan's in Woonsocket, RI. And it was humbling. And we put on a great show. And it felt amazing to be part of that community and that tradition. And the small crowd was fantastic. And it was very fragile, and easy to lose that perspective...because we were damn sure playing in the middle of a Chinese restaurant.

I don't really "miss" anything, but I'm fearful for the widespread loss of musical literacy. I tour 5 to 6 days a week with Jim Quick and Coastline and we just recorded a new album of original material. On stage and in the studio,  it is so very important to be able to communicate effectively, not only verbally, but also in written forms. Charts must be easily read, understood, and shared. Time is money. So many musicians today can walk it and talk it, but they can't read it and write it. And that's very sad to me. Imagine if the literacy rate in music were present in every other language we've created. How weak would society be? How much stronger could the musical community be with heightened literacy and real, working knowledge of music as a theoretical science? I think that's something I try to change every chance I get. 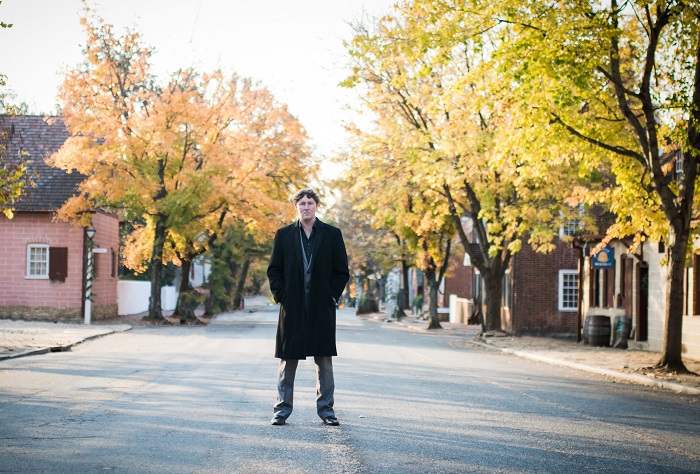 "The full Einstein quote is "I live my daydreams in music. I see my life in terms of music." Most immediately I can relate to those daydreams. Several times a day, every day as far back as I can remember, I float away into an ether of contrapuntal strategy and theoretical harmonic function."

Make an account of the case of North Carolina's music scene. Which is the most interesting period in local scene?

North Carolina has such a wide and diverse array of music scenes. In its cities like Charlotte, Raleigh, Greensboro, etc. you can hear blues, rock, country, r & b, hip hop, jazz, classical, blue grass, reggae, beach...all within blocks of each other. I would say an accurate description of the NC music scene is one of diversity and largely of acceptance.

What touched (emotionally) you from your website’s Einstein quote” “I see my life in terms of music.”? What do you love most from the Classical music?

The full Einstein quote is "I live my daydreams in music. I see my life in terms of music." Most immediately I can relate to those daydreams. Several times a day, every day as far back as I can remember, I float away into an ether of contrapuntal strategy and theoretical harmonic function. Before I earned my degrees in music composition, I didn't fully understand my thoughts (nor could I effectively communicate them) and they have no doubt improved through education, but the daily instances and moments were there just the same. My wife calls it "doing music brain." She understands that sometimes I just check out, but that it's a sign of the wheels turning in high gear. It is, for me, the first part of the quote that allows the second part to exist: "I see my life in terms of music." Music has always been my profession and my passion. Passionately since I was 4, and professionally since before I could drive myself to shows. So, his quote is relatable in those ways.

My favorite things in classical music are half-step resolutions through contrary motion and pedal tones. Altos and violas. That's where the real magic happens. 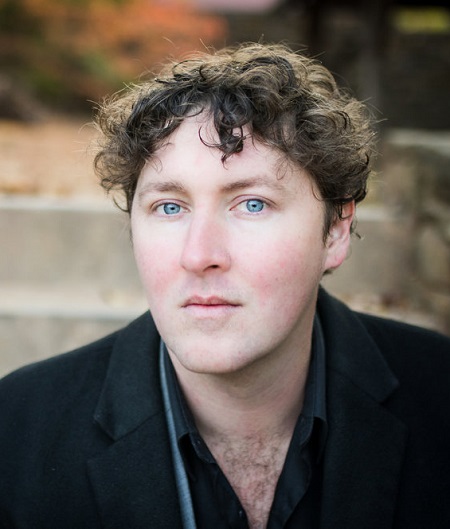 I love that new technology and the internet has made information and creation widely available to nearly everyone. I have invested a good amount of my own income into my home studio centered around computers and software. My hope is that this widely growing integration of technology into our lives will enable more people not to just push buttons and create music (as so many people think happens now), but to get their hands dirty in music through experimentation, study, trial and error...all the steps required to vanquish the shrouds of mystery and illuminate the dark corners of our minds. I hope it gives cause for many more people to "do music brain." Access to these levels of knowledge, wisdom, and creative potential are unmatched in our human timeline. To waste them would be a great tragedy.

One whole day? Hanging out with Mozart the day of the premiere of Mozart's Piano Concerto no. 23 in A Major (K. 488...it's my favorite of his works, and he's my favorite composer). To see his confidence and his nerves at the same time. To witness that level of performance (he very likely performed it himself, conducting from the piano) alongside the faces of those privileged enough to appreciate him and/or take him for granted. To see his preparation habits. To go out drinking after. To hear about his upcoming opera "Le nozzi de Figaro." That would be a very fun and educational day. Talk about "doing music brain!"