"The Blues might be a lament but it makes you happy. All music at it's best heals."

Matt Lomeo: When You Call The Blues

Uttica, NY native Matt Lomeo received his first harmonica at 9. He soon began singing and playing in bands with his older brother Adam on guitar, and in 1999 became the youngest artist ever invited to perform at a Woodstock Festival at the age of 10. Early encounters with road warriors Little Charlie & The Nightcats and harp virtuoso Sugar Blue encouraged the brothers, and they continued to perform through Matt’s teen and college years. After moving to Memphis and earning a house gig at Club Handy on world-famous Beale Street, Matt’s showmanship quickly developed, and diverse tourism-driven sets brought new influences. Now in LA, Matt hosts the Tuesday night jam at Ireland’s 32 Pub, one of the premier Americana hangouts in Southern California. "When You Call" (2022), his first all-original album, reveals a persuasive vocalist steeped in blues and a diverse songwriter.                     (Matt Lomeo / Photo by Matt Martinez-Red Hare Images) 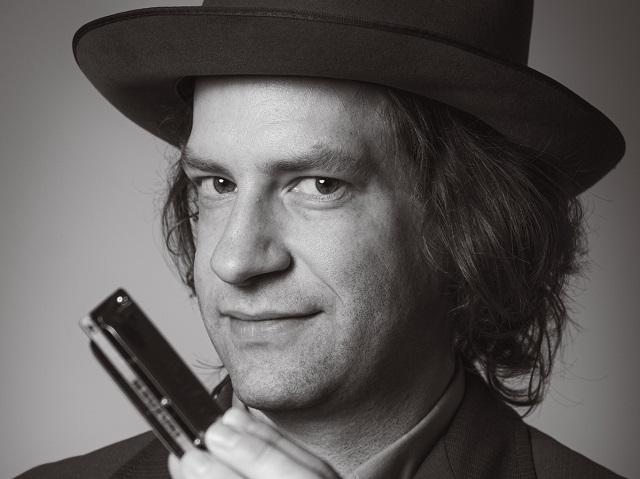 Matt’s biggest influences include harmonica greats Junior Wells and George “Harmonica” Smith and vocalists Frank Sinatra, Elvis Presley, Marvin Gaye, and Johnnie Taylor. Produced by Grammy-nominee Terry Wilson of Teresa James & The Rhythm Tramps and featuring veterans of Eric Burdon and J.J. Cale’s bands, When You Call is a blues-based collection that brings the genre back to its origins in popular music. Clever lyrics, soulful vocals, and concise, pointed improvisations are among the strengths that are sure to make Matt Lomeo a mainstay in the roots music scene for many years to come.

My father went to Woodstock in 1969. Growing up, we listened to his record collection. He had all of the typical '60 Rock records, but he also went back into the Blues and Jazz. This influence contributed to me starting in music at a young age and playing at Woodstock myself in 1999 with my older brother. Because I started at nine years old, music enjoys a very special place in my life. It has been behind most of the decisions I've made, from going to college in New York City, and later moving to Memphis and then Los Angeles.

I consider myself a Soul singer that plays Blues harmonica. I am interested in reviving the tradition of Blues as a Popular music featuring intuitive musicianship and memorable vocal interpretations. Two of my most-covered artists over the years have been Johnnie Taylor and Elvis Presley. I try to reflect those influences in my songwriting. I am driven by the reward of playing my music for an audience. It feels even better when I am playing a song that I have written, alongside some of the incredibly talented musicians that I get to call friends.                    (Matt Lomeo / Photo by Matt Martinez-Red Hare Images) 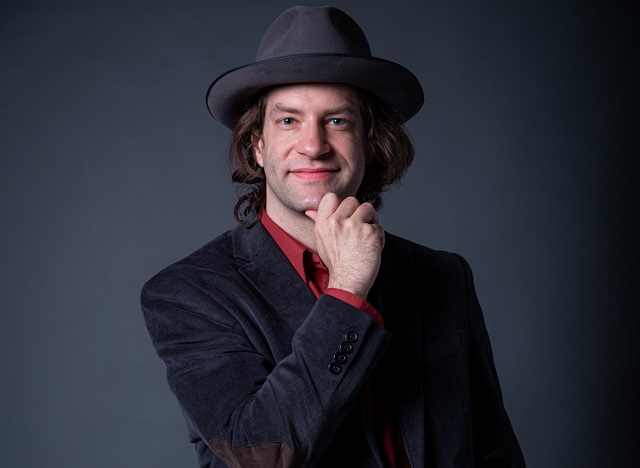 "I have learned that in music, restraint is a virtue. In music, as in life, you pick your spots. I don't try to play too much. I try to play something good and leave some space between. Almost every day I have the opportunity to observe how much music means to people."

Some of my most important meetings were when I was still a child. I met and sat in with Sugar Blue, Little Charlie and The Nightcats, and others at a young age. This reinforced the feeling that I was on the right track and had the chance to make my own mark in the music world. I have received lots of good advice over the years. I would say that in general, the gentle encouragement of older musicians that I have found myself working with has been a great help on my way. I have been blessed with such figures from my earliest playing days in New York State, in Memphis, and now in LA.

I was playing a bar in my hometown, Utica, NY, years ago. Robert Randolph was in town that night and his opening act was this new guitar player from Austin, Texas named Gary Clark Jr. Gary and his bass player sat in with the Blues band I was playing with at the time. Gary didn't want to sing, he was so humble.

Later, when I was playing Club Handy on Beale St. in Memphis, TN nearly every night, I was able to jam with Christone "Kingfish" Ingram during IBC (International Blues Challenge) week. He is another supremely talented individual that is as kind as can be.

I've had memorable experiences showing up in Austin, New Orleans, Memphis, and LA as a complete stranger, and really hitting it off at jam sessions. I now host a jam session in LA and each night is different. One night Larry Goldings found his way on stage. It was cool for a real Jazz heavy to join us for a couple of songs.

The recordings for my recent album were especially magical. There are several scratch vocal and harmonica takes that survived. I hope this contributes to a "live" feeling throughout the record. "Outside of a Song" is a track that is very expressive of this.

What do you miss most nowadays from the blues of the past? What are your hopes and fears for the future of?              (Matt Lomeo / Photo by Matt Martinez-Red Hare Images) 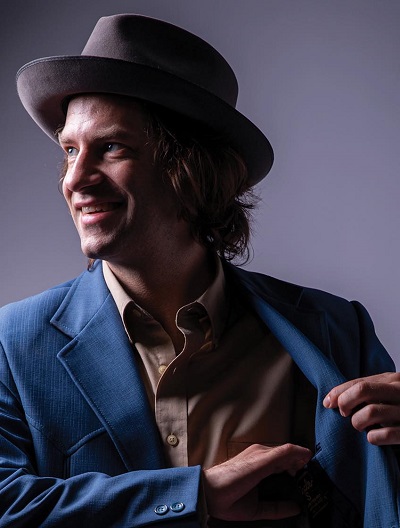 B.B. King, Freddie King, Elmore James, Little Walter, and Junior Wells are all renowned for their instrument playing, but they were equally captivating as singers. I think it is important that we continue to embrace this tradition of the Blues as a Pop, vocal-oriented music. My greatest hope is to provide songs and performances that will bring joy to music lovers for years to come. To achieve this, my best instinct has been to follow my songs where they lead me.

There is always an ebb and flow to music tastes. I think there is something visceral and relatable about the Blues, and I hope it will contribute to the Blues and related genres enjoying some big moments still to come in my lifetime. Look at what Chris Stapleton did with his cover of "Tennessee Whiskey". Re-arranging a Country song in an Etta James style contributed to one of the defining hits of our time. There are so many possibilities when it comes to making something like that happen again. I don't fear much. I only hope that the people at large will continue to recognize the sound of authentic, well-seasoned American music, and give it the popularity it deserves.

The Blues is a music created by African-American people and it must be handled with respect. I try to pay homage and remain forthcoming as regards my influences. But in the Blues something universal was also created. There is a reason that it became so popular with young people growing up in Britain in the 1960s that formed bands like The Rolling Stones and The Animals. The Blues might be a lament but it makes you happy. All music at it's best heals. Life is short and if I can bring pleasure to any of my listeners, this is a good.

I have learned that in music, restraint is a virtue. In music, as in life, you pick your spots. I don't try to play too much. I try to play something good and leave some space between. Almost every day I have the opportunity to observe how much music means to people. It is really like a fairytale to bring joy to people through this medium. I try to remember that I am one of many in a long, long line of musicians to contribute to the field, and that it is a privilege to be counted among them. 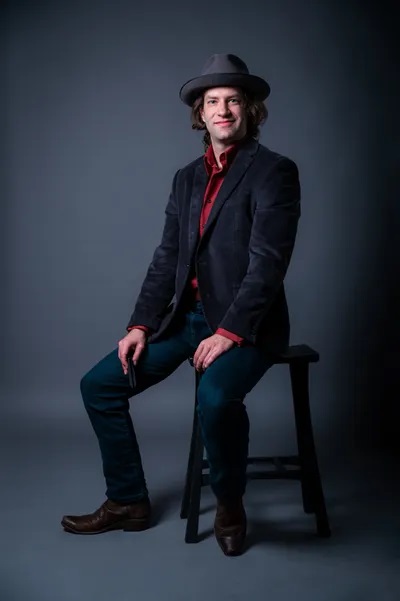 "I consider myself a Soul singer that plays Blues harmonica. I am interested in reviving the tradition of Blues as a Popular music featuring intuitive musicianship and memorable vocal interpretations. Two of my most-covered artists over the years have been Johnnie Taylor and Elvis Presley. I try to reflect those influences in my songwriting. I am driven by the reward of playing my music for an audience. It feels even better when I am playing a song that I have written, alongside some of the incredibly talented musicians that I get to call friends."

There is something about the riotous, party sound of Wynonie Harris that really makes me wish that I could have experienced it live at some point in the 1940s. Maybe Wynonie was on a bill with a young Ray Charles or T-Bone Walker around that time. The atmosphere of such a show is something that I would love to experience. As a Gospel-based music, the Blues is reactive. I can imagine the dancing and the shouting back and forth from the audience that would have taken place.