"Blues music, in its essence, is the art of expression and audience connection. Simple, yet complex, emotional, and accessible. If you’re trying to learn music for the purpose or reaching people emotionally, understanding the blues is the ultimate building block. Lots of great bands were blues bands before the progressed into their eventual sound. I believe there are elements of the blues in all forms of American popular music."

Two Faces West first settled in the Mile High City of Denver in the Fall of 2015, where they have burst into the music scene as one of its premier live acts! Originally from the Western Slope of Colorado, the 'Faces have made quite the name for themselves everywhere from small mountain town bars, to shows at iconic Denver venues.  The band has survived now for almost almost a decade through many struggles and obstacles, including the recent Covid 19 pandemic. Constant perseverance has kept the music and performances flowing from this eclectic three-piece consisting of Kurt Ashmore on guitar, vocals, saxophone; Vince Carmellini on bass; and Mick Knudsen on drums. 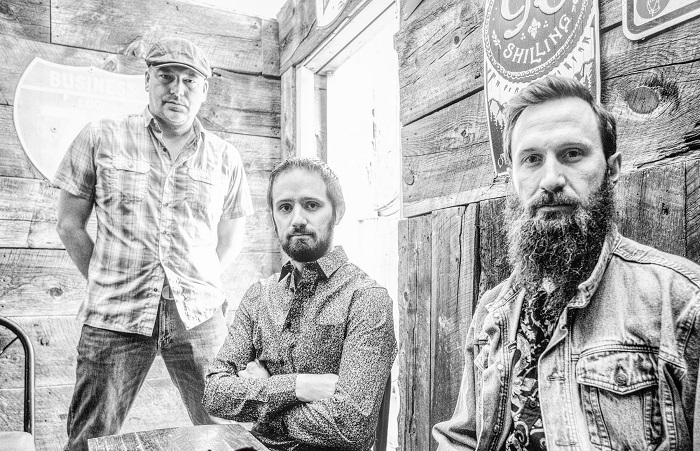 The trio recently completed recording their first full-length album and are in the process of finishing and releasing it for next year. "I think the vision for us to release these songs though the modern digital formats, but also do a vinyl release reminiscent of a 1970's album with artwork, pictures, and something that brings people into the music," says Carmellini. Two Faces West's sound is described as a fiery blend of rock and blues, which focuses on the roots of blues, while expressing its core in pure rock’n’roll, topping it off with a touch of funk to create a versatile and distinctive Colorado sound: Crankin’ Electric Rock & Blues!

Mick: Blues music, in its essence, is the art of expression and audience connection. Simple, yet complex, emotional, and accessible. If you’re trying to learn music for the purpose or reaching people emotionally, understanding the blues is the ultimate building block. Lots of great bands were blues bands before the progressed into their eventual sound. I believe there are elements of the blues in all forms of American popular music.

How do you describe band's sound and songbook? Where does Two Faces West creative drive come from?

Kurt: The band’s sound comes from what we listen to. We are interpreters of the blues and not strictly a blues band. There are elements from many different genres of music. We think that it is important to let our influences come out through our music. We think blues fans will like our tunes, but we also want to bring people in who like Rock, Country, Jazz, and Funk.  Our songs are about the human experience: grief, struggle, love, loss, and untold compelling stories of American west.

Mick: We played an amazing wedding up in Steamboat. Long story... but due to a freak course of events, our mixer was almost crushed, and our surge suppressor was smashed by the flatbed trailer we were playing on. The surge suppressor was now shorting out the generators and killing the power. We were able to fix completely on the fly and figure out the complicated problem during set break to finish the 2nd half of the performance at the most crucial part of the night with minimal failure during the performance. It was an amazing moment for the three of us working through such an intense and high stakes situation together. Some of our favorite and oldest memories come from our time in college as a band. Some roommates and I were renting a massive house right off campus and the band played some absolutely wild house parties that you could probably make movies about... 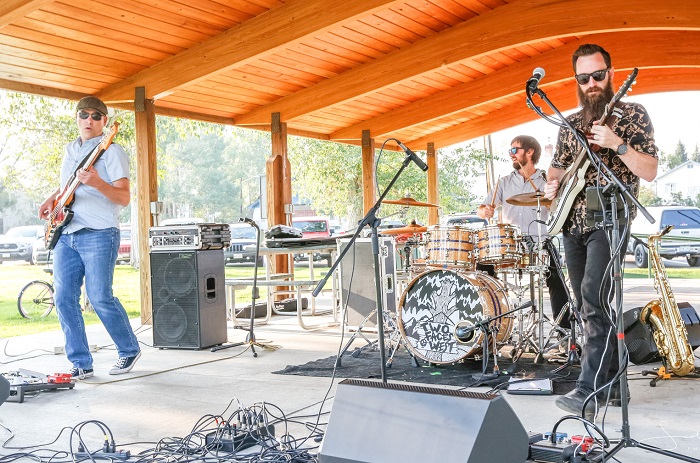 "Every scene has its own micro-culture. In Cleveland where I grew up, I never saw anybody on stage who wasn’t good or didn’t have chops. Nobody tanked the endings to songs. Bands were tight. When I lived in New York, people focused on style and flare." (Photo: Two Faces West)

Vince: Technology, social media, and the popularity of singer competitions have changed the idea of how music looks and sounds. Right now, a 14-year-old kid with an apple computer and a few thousand dollars can write, record, master, produce and distribute anything that they hear in their head and play it for the world. In a way, it’s an exciting time for creative people because the obstacle of distribution is no longer there. But I also think that there is a more of a push for authentic music experiences and live performances as opposed to perfectly produced songs. I think there is room for both perspectives, but I still like the vibe of a group of musicians who play well together and communicate through music on stage.

Vince: My parents used a variety of music to expose me to different cultures and perspectives; it is the ideal vessel for building empathy. How can you hate a culture or people if you appreciate the music they make?  My lofty goal in music is to let people experience and feel something unique, magical, and energetic. Maybe it’s a great riff, great lyrics, or a rhythm that gets you amped. The music that has had the greatest impact on me seemed to speak to my experiences at the time and either inspired me, comforted me, or healed me.

What would you say characterizes Colorado area blues/rock scene in comparison to other local US scenes?

Vince: Every scene has its own micro-culture. In Cleveland where I grew up, I never saw anybody on stage who wasn’t good or didn’t have chops. Nobody tanked the endings to songs. Bands were tight. When I lived in New York, people focused on style and flare. There were lots of musicians at various levels of talent but with an ample number of venues to play. Hence, bands had opportunities to grow and develop. The Denver scene, especially post-pandemic, is challenging. Fewer independent venues mean fewer opportunities to develop your live show and build your audience. At this moment in time, you just got to hone your talent and hustle a little harder.

Kurt: You can learn something from every musician regardless of age or skill level. 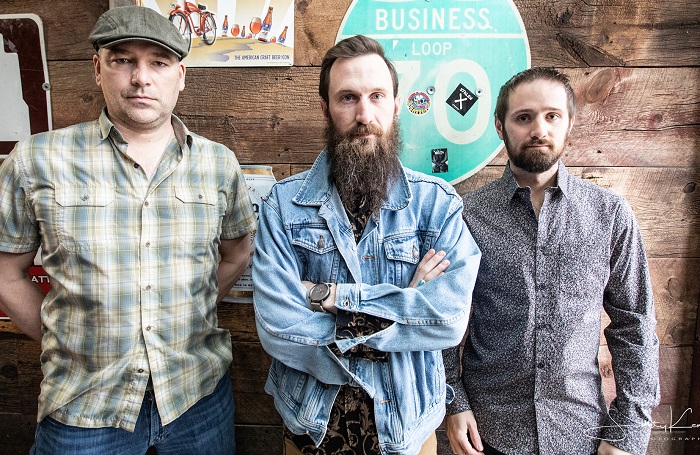