"I have no fear about the future but I hope se day soon all totalitarian regime and radical governments leave their people alone and let to make decision about their life, music, appearance, religion...etc."

Ballgard is a four man Persian funk rock band, formed in Tehran, Iran, in 2004. The lineup consists of Chaf on drums, Chugh on guitar, Yosheng on bass and Yulun on vocals. They first started by performing works of influential funk rock bands such as Red Hot Chili Peppers and after a few months began to make music of their own. The band members have been playing together since high school days.  Ballgard's first album, Zigiland, was recorded by Ramin Pir in the period of April through June 2007 in Tehran and released in 2008 under the label Art Beat Group. The influence of late 80s/early 90s of Red Hot Chili Peppers music is clear in Ballgard's first album Zigiland. Ballgard is allegedly the first Iranian funk band.      (Photo: Ballgard's lineup Chaf, Chugh, Yosheng, and Yulun) 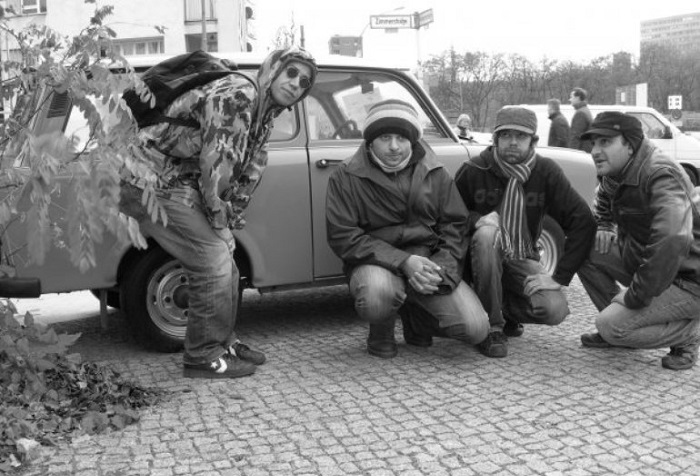 Brace yourself! Iranian underground music is taking you for a wild ride! If Frank Zappa was from Iran and he was in his 20’s, he would create a band like Ballgard. This four man band from Iran blows you away and at the same time puts a dent in all stereotypes about Iran. Ballgard draws from the musical styles of Funk, Hard Rock and Iranian Folk music themes. At times they remind you of Red Hot Chilli Peppers or Prodigy but they have their own unique sound and style.  Add bold, imaginative lyrics that may be suitable for 18+ and reflective of everyday life of the Iranian urban youth to this funky music and you’ve got an Iranian Funk band that is here to stay. Chugh (aka Amin Dehnavi) is musician, producer, composer, guitar technician, and radio DJ, lives in England, and talks to blues.gr about the band and the Iranian rock scene.

How do you describe Ballgard sound and songbook?

Initially we would like to make fun and pumped up music. In very first year of playing together we were influenced and inspired by Funk and Disco music like Red Hot Chili Peppers, Talking Heads and Jamiroquai.

As I mentioned above, our philosophy was making fun music. We were not fan of sad music which is really popular in Iranian culture. Even some Iranian dance and pop music have a sad content and lyrics. We never wanted to produce sad song or content for our audience. We believed Iranian people are sad enough and we should not feed their sadness and boredom with crappy sad song.

What do you learn about yourself from the Underground Rock culture and what does the blues mean to you?

First thing I leaned in Iranian underground music is struggling and fighting with anything and anyone who wants to shot up and stop playing music. Because of religious government and people, music is not tolerated in Iran like other countries. As a musician you experience a lot of unwanted nonsense challenges, like buying an instrument, purchasing original music, copyright, receiving caution from neighbors and getting caught by the police just because of playing music. I believe Blues has a root in any kind of commercial music, like pop, rock, fusion and even metal music. Artists like B.B King loved by all races from white to black. It played a massive role in our modern world.

I am not sure our memories are that interesting for you readers but despite all problems we really enjoyed our first mini tour in Europe. We were like people who taste freedom in their life. It was not big deal but it was really motivating and inspiring for us to interact with other artists from all around the world. Our very first real gig happened in Berlin, a multi-cultural city who embraces all people and all culture regardless of race and ethnicity. To be honest I still miss our days in Berlin even after living in Europe for a quiet long time. 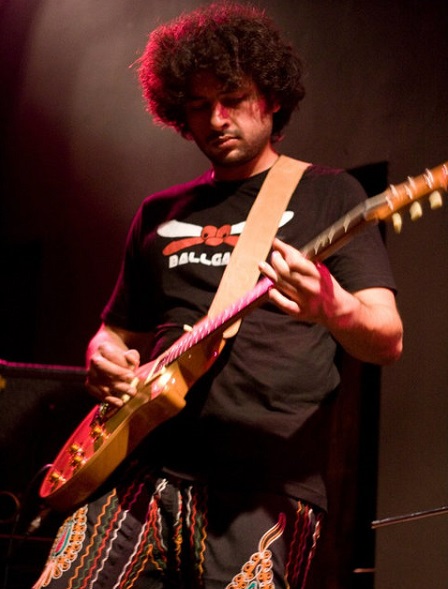 I left Iran 6 years ago because of unbearable situation in the country made by radical government and regime. I just miss two things, my family and my band mates I grown up with them. Music wise there is nothing to miss, because there was no opportunity to play for public, no way to release your songs and no media to cover our music. Situation is still not perfect now but it is way better than the time we played music in Iran seven eight years ago.

"Artists like B.B King loved by all races from white to black. It played a massive role in our modern world."

I have no fear about the future but I hope se day soon all totalitarian regime and radical governments leave their people alone and let to make decision about their life, music, appearance, religion...etc.

I would make people and listener to purchase music directly from their beloved artists and stop using online music streaming like Spotify.

Make an account of the case of Rock/Blues/Funk in Iran. Which is the most interesting period in local scene?

I may be a little pessimist but I think Rock is dead in Iran. Some try to make rock music in Iran but it is not constant. There is no plan for them and there is no future for them. All rock musicians have two choices, giving up music or doing session playing for pop stars. So, I do not see any active rock band. All the musician I know are playing pop music now just for living.

To be fair, I have heard a very few actual Iranian rock/blues/funk music recently. Musician inside Iran have a really bad taste of sense of humor unfortunately. The only and only fun music I heard recently is belonged to Fazanavardan band, which is quiet rare in Iranian music scene.

What is the impact of Underground Funk Rock culture to the racial and socio-cultural implications? 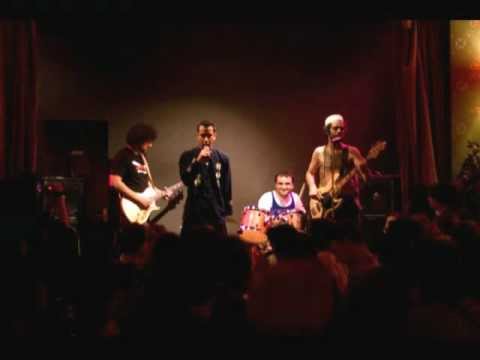 Because of government censorship and irrational behavior, Iranian do not interact with other races and nations as it supposed to be. As my point of view and comparing to other countries Iranian can be categorized as racist people in modern world. You can find some people in Iran who listen to Jazz and Blues and at the same time talk nasty about Arab and Black people.