"I learn about creativity and not to be afraid to make mistakes some of the greatest mistakes make good music... and Melodies means. Also with the blues is a feeling."

American drummer Grant Calvin Weston (aka Old Man Jenkins) was born June 6, 1959 in Philadelphia, PA. He became interested in drums at the age of 6, when he (and his neighbors) discovered his talent for rhythm as he beat on every car on the block. He lived in North Philadelphia where he saw musicians like Stevie Wonder, The Jackson Five and James Brown at the Uptown Theatre. Seeing his attention focused on the drummers, his Father bought him a small set. In high school Calvin learned to read music and played second snare in the drum ensemble. He co-founded the group Bad Influence which played in cabarets and clubs around Philadelphia. At 17, Calvin joined Ornette Coleman's Prime Time Band, with bass player Jamalaadean Tacuma, his close friend from Philly, which toured extensively in North America and Europe. 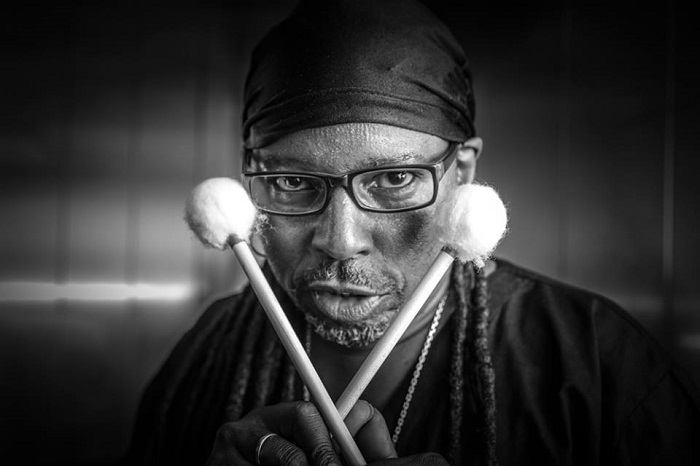 After recording four albums with Prime Time, Calvin went on to play and record with guitarist James “Blood” Ulmer, until he joined John Luries Lounge Lizards in 1990. During the late '90s Calvin recorded and toured with Billy Martin of Medeski Martin and Wood, Tricky, Eyvind Kang, Derek Baily, Mark Ribot, and James Carter. He also played on several movie soundtracks including “Get Shorty.” For his latest project, Calvin Weston's Big Tree, Calvin explores the many musical influences of his career as band leader and composer. He also has a new band with world guitarist, Vernon Reid and bass player, Jamalaadean Tacuma and formed the group freeformfunkyfreqs and there new CD Urban Mythology Volume 1. He also plays with Jean-Paul Bourelly and Melvin Gibbs in the band called Gypsys Reloaded, that toured in March of 2008 and recorded a live CD at the Bimhuis. G. Calvin Weston has played on many recordings including Asmodeus: Book Of Angels Volume 7 with Marc Ribot, Trevor Dunn, and John Zorn.

What do you learn about yourself from the Jazz people and culture? What does the blues mean to you?

I learn about creativity and not to be afraid to make mistakes some of the greatest mistakes make good music... and Melodies means. Also with the blues is a feeling.

What were the reasons that you started the music researches? How do you describe your sound?

My reasons for music is that it came from me, I didn’t choose music shows me since I was young, I must sound come from Improve Rhythm and melody.

Well, I started listening to R&B then I moved to Jazz and then I’ll vanguard jazz rock fusion Mahavishnu orchestra, Billy Cobham and Narada Michael Walden and Rasheed Ali, had a big influence in my playing in my music and my sound part of my creativity.

Are there any memories from Ornette Coleman and James “Blood” Ulmer which you’d like to share with us?

Ornette Coleman... Hours of rehearsal I’m talking about maybe 12 hours a day Like being in a music class you taught me how to play melody on the drums with the rhythm on top of the Melodies Under the Melodies And between the Melodies All-around around the best Same with James Blood Ulmer. When I first started with him it was a little different because he did not want me to play the cymbals all the snare drum. only tom-toms bass drum and hi hats and playing 4/4 on the bass drum Using the hi hats as an accent.

Music from the past wasn’t so water down it was about being creative is about knowing, how to improv it was about playing what you feel around the notes, that you’re healing and the Melodies. 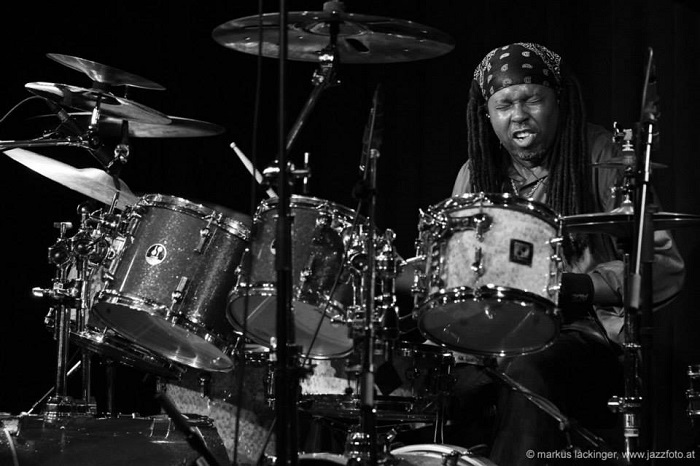 Grant Calvin Weston (aka Old Man Jenkins) became interested in drums at the age of 6, when he discovered his talent for rhythm as he beat on every car on the block. (Photo by Markus Lackinger)

That’s a big if in the past music was more freer can’t change the music something you feel in your heart and your soul... what way musicians get paid now days especially jazz musicians is self-employed musicians, sure not like It was in the past and reality motors in club owners. I’ll surely getting over on musicians and not paying them what they deserve.

What touched (emotionally) you from the drums? What are the secrets of avant-garde jazz-funk beat?

That goes back to being creative and not being afraid to make mistakes when you’re playing… When I’m plan I like to improv a lot Well that also depends on who I’m playing with and what notes Melodies Rhythms I’m hearing I was playing with a group the Sun Ra orchestra. For a brief moment one of the horn players turned around and looked at me and said: wow finally a drummer that know how to play melody the secret is to avant-garde is to have big ears and know how to listen to the other players in the band.

How has the Jazz music and culture influenced your views of the world and the journeys you’ve taken?

What is the impact of Afro-American music and culture to the racial, political, and socio-cultural implications?

One thing I don’t get into his politics, I don’t play musicals in politics which suck. I believe that I was here to play music for people to enjoy people don’t enjoy politics well at least I don’t.

My time machine, I live for the moment because "Time" is the only thing that doesn’t wait for anybody. Every time I get on that stage to play music, I do it as if it’s the last time I’m ever going to that’s my bottom line and my time machine! 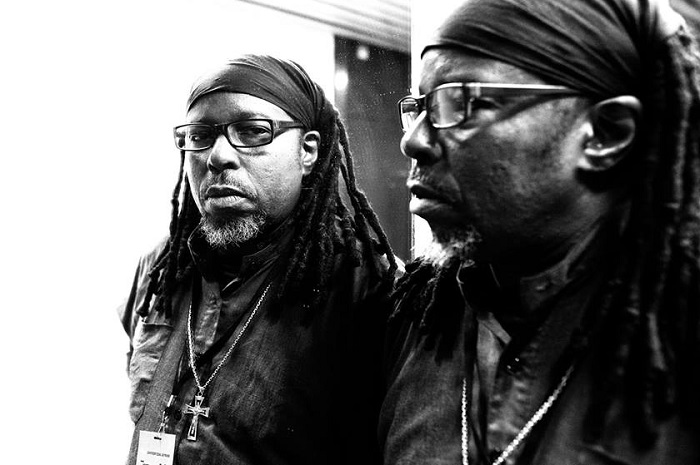