Q&A with powerhouse bassist and front woman Lisa Mann, mastering everything from rock to rhythm and blues

"I really want people to appreciate the fact that Blues music came from the African-American community, especially now. And I want white blues musicians to stand up for the black artists out there, many of whom are suffering, or their loved ones are suffering."

Originally from West Virginia, Mann’s vocals effortlessly straddle the line between the honey sweet warmth of the south, and the force-of-nature sound Mann has cultivated by mastering everything from hard rock to rhythm and blues. Her clever blues balladry is complimented by her considerable prowess on bass guitar. Her bass grooves touch on the hallowed soil of soul greats James Jamerson and Bob Babbitt. Her influences run the gamut, from low down blues sisters Etta James and Koko Taylor, to singer-songwriters like Bonnie Raitt and R&B belters like Little Milton. She writes most of her recorded material, and her songs paint pictures of a gritty (and sometimes humorous) personal experience in life, love, and the not-always-pretty music business. Lisa has shared the stage with many Northwest greats, such as the late Paul Delay, Lloyd Jones, Kevin Selfe, Duffy Bishop, Karen Lovely, Ellen Whyte, the Insomniacs, and Sonny “Smokin’” Hess. 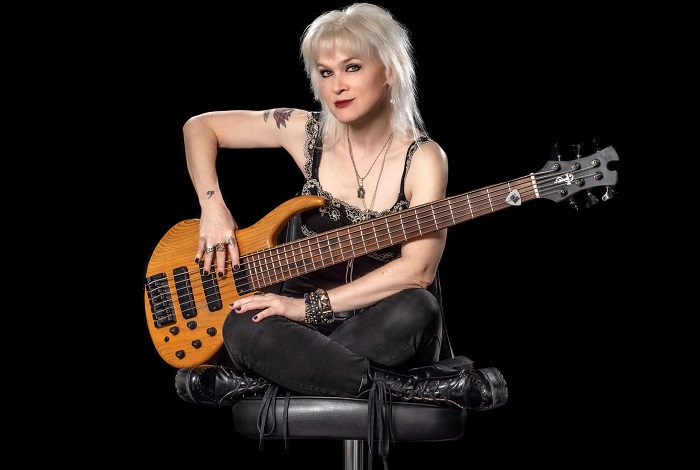 She has often lent her bass grooves and musical direction to Sonny Hess’ NW Women’s Rhythm and Blues Revue, a popular showcase at festivals such as the Waterfront Blues Fest, and at Musicians for the Cure’s annual cancer charity Christmas show. Lisa’s vocals appear on Canadian blues master Bill Johnson’s Juno Award nominated CD, Still Blue. She is also the voice of internationally acclaimed symphonic rock project Cry for Eden and has released a full length traditional metal album under the pseudonym White Crone. Now based in Portland Oregon, Mann’s new release “Old Girl” (Release Date: September 18, 2020) is a five song EP, recorded at Primal Studio in Portland by Kevin Hahn, featuring members of her road band “Her Really Good Band. The four new original tracks and an inspired cover from recent “Rock N Roll Hall of Fame” inductee, Sister Rosetta Tharpe, stand as a musical postcard from the heart of the hard-working blues woman, who is wise beyond her years.

How has the Blues and Counterculture influenced your views of the world and the journeys you’ve taken?

First, let me thank you for the opportunity to answer these questions!

Blues is a music born in the American south, created by the black community, however it has become a source of pride to all of America. When I travel to the EU or UK and see how popular blues music is after so many decades, it warms my heart. It just goes to show how music is a universal language that can be enjoyed by all people, and how it can help cultures reach out to each other across the world.

I like to describe what I do as "Tough Girl Blues." It was a fan that gave me that phrase- she had a playlist of blues female artists with that name, and she told me she had put my songs in it. I've had some hard times, and I have made decisions both bad and good. I have also seen friends take difficult turns in their lives, and written songs about them. So lyrically, I like to write about real life. Musically, I love to draw from many influences, from straight ahead blues to blues-rock, rhythm & blues and soul music, country and Americana, and even hard rock and metal! My musical philosophy is to give yourself freedom as a songwriter to play whatever you hear in your head and heart. I don't know where that drive comes from, but it is definitely there. I would be very unhappy if I didn't follow that drive! 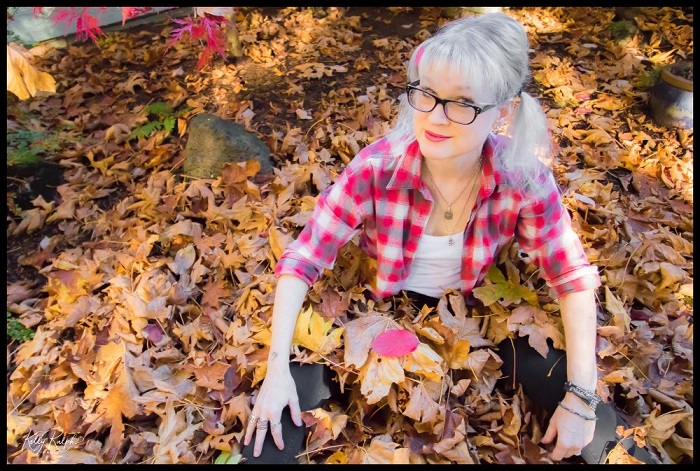 "But my hopes for the future are the people who studied the great blues masters, especially young artists like Ben Rice, Larkin Poe, and Christone "Kingfish" Ingram. My fears are that it will continue to be more difficult for talented young artists to make a living in blues music, and they will turn away from it." (Lisa Mann / Photo by Kelly Ralph)

I have had the opportunity to meet and work with many amazing musicians. The best meetings are on stage. I've been able to jam with Candi Staton, Bob Margolin, Janiva Magness, Bobby Rush, John Nemeth, the late Frank Bey, Sugaray Rayford, and so many more. Sugaray Rayford is a friend, my husband plays bass in his band. He and his musical director Drake Shining have given me some wonderful advice over the past few years. Also, John Nemeth gave me some great advice at a large festival many years ago. I was working on a new CD and we ran into each other over breakfast. I asked him if he had any advice for an emerging artist, and he said to me, "Make the best possible CD you can." And that hit me right in the heart- that was exactly what I wanted to do. I just want to put my heart and soul into the music and create songs that will touch people.

I am very sad to see so many of the classic blues artists pass away, so what I miss most is the people. I have seen Etta James, Koko Taylor and BB King perform, and have worked with many of our local Oregon talents like Paul DeLay, Linda Hornbuckle, and Janice Scroggins. It is very hard to see them grow old, or get sick, and pass away. But my hopes for the future are the people who studied the great blues masters, especially young artists like Ben Rice, Larkin Poe, and Christone "Kingfish" Ingram. My fears are that it will continue to be more difficult for talented young artists to make a living in blues music, and they will turn away from it.

What touched (emotionally) you from the late great Sister Rosetta Tharpe? Are there any memories from "Old Girl" album's sessions which you’d like to share with us?

I didn't know much about Sister Rosetta Tharpe until she was inducted into the Rock and Roll Hall of Fame. I have a dear friend who puts together a women's blues review, she suggested we do a tribute to Rosetta Tharpe. All the women involved, including myself, did a lot more research on her in the process, and now we are all huge fans of her music! She was such a spirited and fiery performer. She really let the spirit move her, and that is very inspiring. It is also inspiring that she mastered her instrument, and became very proficient at playing guitar. Especially since it wasn't something women were supposed to do at the time. Recording her song "That's All" was a special session at Primal Studio in Portland Oregon.  Guitarist Jason Thomas, drummer Dave Melyan, and I recorded that song live, in one take. I usually like to multi-track songs. I had intended to track the music live and then come back and sing vocals again on top, but the engineer Kevin Hahn suggested we keep the original vocals. I messed up a few words, and didn't sing some parts the way I wanted to, but it was spirited and lively, in the way Rosetta herself performed. So, we kept it as a live take, without mixing it down too much. It is very raw, but we were "in the moment" so it worked. 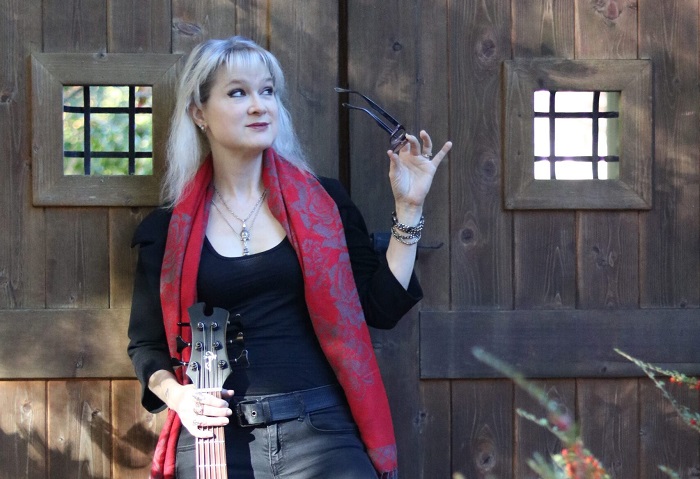 "Blues is a music born in the American south, created by the black community, however it has become a source of pride to all of America. When I travel to the EU or UK and see how popular blues music is after so many decades, it warms my heart. It just goes to show how music is a universal language that can be enjoyed by all people, and how it can help cultures reach out to each other across the world." (Lisa Mann / Photo by Kelly Ralph)

When I was a young musician, I often had a hard time sticking up for myself. Sometimes young female artists get taken advantage of. Working with my friend Sonny Hess, and other women who have been in the business for a long time, helped me learn to stick up for myself, and also to stick up for my band.  As a bandleader, you have to make so many important decisions. It takes time and experience, and often failure, to learn how to properly manage a band.

I really want people to appreciate the fact that Blues music came from the African-American community, especially now. And I want white blues musicians to stand up for the black artists out there, many of whom are suffering, or their loved ones are suffering. When I was in the International Blues Challenge many years ago, I was competing against Lionel Young in the finals, who won the entire challenge. Before his winning performance, he had been briefly arrested by police in Memphis Tennessee because he was running down the street so he wouldn't be late. He was arrested for running while black! It took a white fan to vouch for him in order for the police officer to let him go. All because he was running, because he was late! White blues artists and fans need to say that Black Lives Matter, not just because we benefit from their artistic contribution, but because it is the moral thing to do.

That's a hard question! I think it would be amazing to go back in time and attend one of the historic music festivals, like Woodstock, or Wattstax, or Monterey Pop. Or to see BB King Live at the Regal! 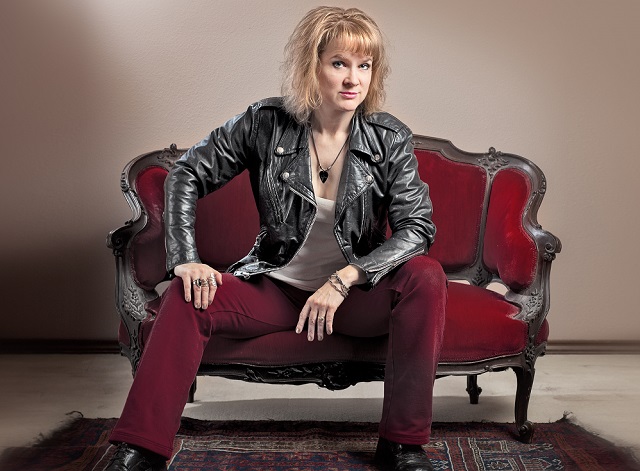