"Perhaps if more people played real instruments, the world would be a better place. If world leaders could sit down and jam, maybe they would finally 'listen' to each other, instead of fighting with one another." 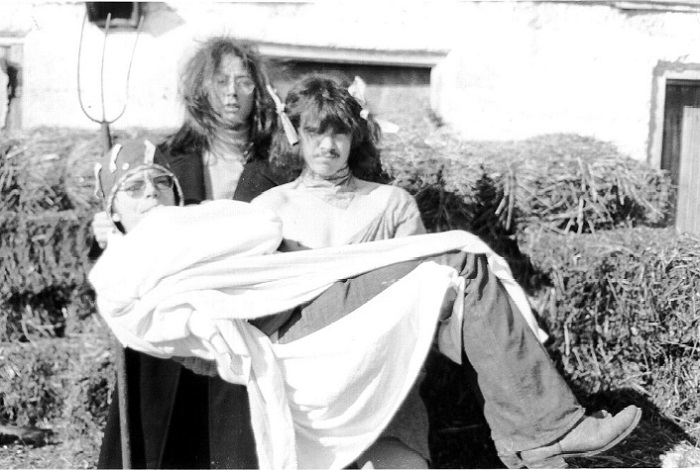 Rick started playing classical piano when he was 6 years old, but when heard the R&B/ R&R sounds of the girl groups of The Shirelles and The Angels, started playing the guitar. After many years and many bands, as a lead guitar player, saw Jimi Hendrix in Toronto in 1968. At about the same time, he picked up the first Blue Cheer album. He phoned an old acquaintance, Chuck Gadsby, to see if he wanted to start a band. He was and is a great guitar player, and he was interested. The rest was easy. He switched to drums, and Gadsby & Skol added an old friend Drew Tjerstrom on bass.

How do you describe Gadsby & Skol sound and songbook? What characterized band’s philosophy?

After many years and many bands, as a lead guitar player, I saw Jimi Hendrix (twice!) in Toronto in 1968. At about the same time, I picked up the first Blue Cheer lp, which blew me away. I knew I couldn't play guitar like those guys, so I phoned an old acquaintance, Chuck Gadsby, to see if he wanted to start a band. He was and is a great guitar player, and he was interested. The rest was easy. I switched to drums, and we added another old friend Drew Tjerstrom on bass. Because we were listening to Hendrix, Cream, and Blue Cheer, that's the style we tried to emulate with our own songs. We covered "Just a Little Bit" and "Sun Cycle" by Blue Cheer, "Fire" by Hendrix and "Stray Cat Blues" by the Stones, and started writing songs like in a similar vein with "Jam and Guts", "You Could Have", "Fools Like You" and the other songs on our cd. Amazingly, the 'Gadsby and Skol' cd wasn't released until 2001...30 years after we broke up! Thanks to a serendipitous meeting with The Bevis Frond at their gig at The Horseshoe Tavern in Toronto in 1999, I gave Nick Saloman a cassette tape of our demo. Two weeks later, he emailed me to say he was 'blown away', and we released "GADSBY & SKOL" on Woronzow Records in December, 2001. Speaking of the style of music we played, we didn't call it 'psychedelic' at the time. We called it "really loud rock!" Originally, we considered groups like 'Ultimate Spinach' and 'The Blue Magoos', the real pysche bands. Everyone wonders how we could have a name like "Gadsby & Skol" with three people. It's simple, Gadsby and I are egomaniacs. (Drew is just short for "ANDrew".....get it?). Write to Nick Saloman, (of the famed group, Bevis Frond) for a GADBSY & SKOL vinyl record on WORONZOW RECORDS! 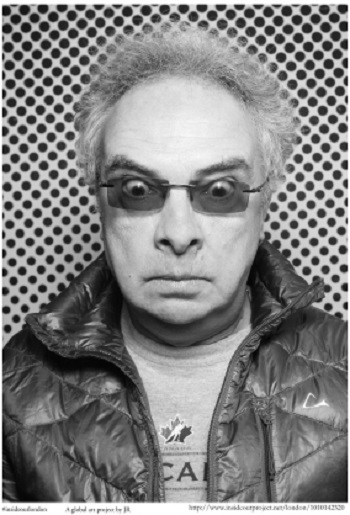 The scene in Yorkville didn't influence us too much, musically, but we liked their free lifestyle. Earlier, (1966), The Ugly Ducklings made a big impact on me, but by the time Gadsby & Skol started (1969), we were into heavier material. Yorkville, in the mid 1960's, was mostly a 'folk music' scene. Gordon Lightfoot, Ian and Sylvia, and Buffy Sainte-Marie used to play at The Riverboat, The Myna Byrd, etc., but I was too young to get see them. By the late '60's, when 'psychedelic' music started happening, I was too busy in Etobicoke, (West Toronto), with my band, G&S, to go down to Yorkville. I did go to many concerts, though, at places like "The Electric Circus" (to see The Jeff Beck Band, and Iron Butterfly), and "The Rock Pile" (to see the original 'Deep Purple', 'Rhinoceros', and 'Howlin' Wolf' opening for 'Family'). Those were very influential gigs!

I guess my favorite gig we played, was at a small 'drop in center' in 1970, to only about 100 people sitting on the floor...(hippies)! We absolutely blew everyone's brains (and maybe a few eardrums) out that night! Lots of fun.

What I miss about popular music these days is people actually playing music. With all the boy bands, solo singers and rap artists around, I don't see or hear many 'artists' playing their own instruments, (let alone writing interesting tunes). There are exceptions like Jack White, who incorporates all kinds of musical styles in his song, mostly blues based, and plays his ass off on guitar. But, the Blues, (though R&B, and finally Rock and Roll) seems to be a dying art. You can take a look at any music chart in the world and you'll find Justin Bieber, Taylor Swift and One Direction, but not Alabama Shakes or the aforementioned Jack White anywhere near the "Top 10".

Make an account of the case of Blues Rock in Canada. Which is the most interesting period in local scene?

Unfortunately, as in most of the world, there are very few 'new' great Blues artists in Canada. Musicians like Colin James, Downchild Blues Band, and David Wilcox keep the R&B fires burning, but the embers are burning out. The 'high water mark' of Blues / R&B music, in Canada, was in the 1960's on Yonge Street, Toronto, when Ronnie Hawkins and The Hawks, The Mandala, and Robbie Lane and The Disciples were playing nightly at places like Le Coq D'or, Friars Tavern, The Towne Tavern and The Edison Hotel.

What has made you laugh and what touched (emotionally) you from the 60s Blues Rock era and generation?    (Photo: Cover for future LP 2016) 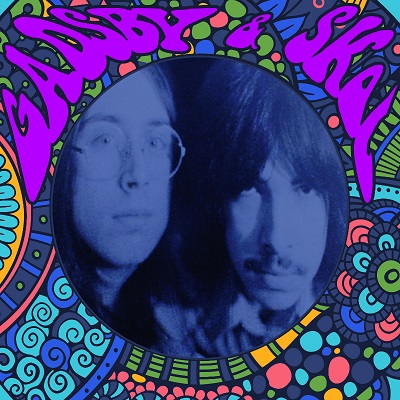 I have great memories of playing Friar's Tavern with the great Tony Kingston, and going upstairs ("The Nickelodeon"), between sets to hear Ronnie Hawkins and the Hawks (later to become 'The Band'). One night Bob Dylan was there in a fur coat and cowboy hat. Everyone knew who he was, of course, but nobody bothered him....very unlike today, with all the digital phone-cams, and the public's obsession with getting 'selfies' with celebrities.

The socio-political impact of the lack of 'real music' is extreme. Studies have shown that kids who learned how to play musical instruments tested higher in almost all other educational categories. Learning music develops other skills that involve 'listening', 'working with others', and above all 'communication'. Perhaps if more people played real instruments, the world would be a better place. If world leaders could sit down and jam, maybe they would finally 'listen' to each other, instead of fighting with one another.

Gadsby and Skol still believe that music can save the world...if we all listen.

I think the best Rock n' Roll songs are Blues (or Rhythm and Blues) based. So, if not for the blues, there wouldn't be any good Rock n' Roll music at all. And if there wasn't any R&R, I probably wouldn't have continued to play music for the rest of my life. And since playing music has meant everything to me, the Blues, has in effect, has meant everything to me. After playing the classical piano until the age of 10, I found a lot more freedom in the culture of Rock and Roll. Instead of only reading music, R&R allowed me the freedom to write music (in my head), improvise, and most importantly 'jam' with other musicians. In other words, through R&R, I learned how to be 'free'.

I think it's crucial that Rock and Roll has a Blues or Rhythm and Blues base. If it doesn't, it's not really Rock and Roll. Robert Johnson inspired Muddy Waters, and Muddy inspired Chuck Berry, and all of them inspired The Beatles, The Rolling Stones, Jimi Hendrix, Blue Cheer, Led Zeppelin...and me. I started playing classical piano when I was 6 years old, but when I heard the R&B/R&R sounds of the girl groups like The Shirelles and The Angels, I switched to the guitar. Luckily, I seemed to be playing the right instrument at the right time, because The Beatles came out a year or so later.

If you could change one thing in the musical world and it would become a reality, what would that be?      (Gadsby & Skol by Woronzow Records, 2001) 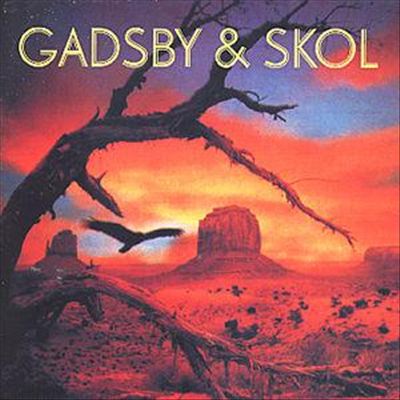 If I could change one thing, not only in music, but in the whole world, I would wish that more people had listened to John Lennon in 1970...then, maybe we would have peace on our planet...

Instead of only reading music, R&R allowed me the freedom to write music (in my head), improvise, and most importantly 'jam' with other musicians. In other words, through R&R, I learned how to be 'free'.