"It's (Rock n' Roll) a voice of a certain demographic or range of individuals who have something to say to those that listen to those individuals."

Michael A. Tafoya is a man on a musical mission. Armed with his guitar and his three-piece power trio, Tafoya’s Lost Boyzz, Mike is pioneering a new genre music that can only be described as New Classic Rock. The goal is simple; to bring his innovative yet classic sound to as many people as possible and evoke memories in the hearts and minds of the listeners, even when the music is being heard for the first time. Mike’s mission is to re-connect music fans with passion and excitement they felt then they first fell in love with Rock n' Roll. Mike’s crusade began more than thirty years ago in the Chicago suburb of St. Charles, Illinois. He first made a name for himself in the mid-70s as the explosive lead guitarist for Epic recording artists, The Boyzz (from Illinoizz).                                        Photo by Ed Peterson 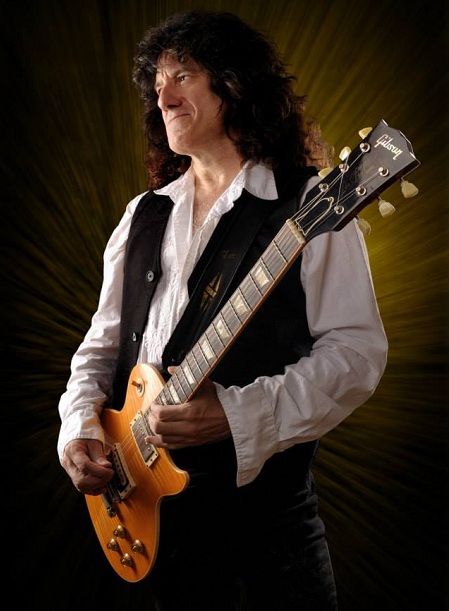 After the release of “Too Wild to Tame” and a six-year run that included national tours with acts like Aerosmith, Rush and REO Speedwagon, Mike left The Boyzz and in 1982 landed yet another Epic recording contract with his new band, The B’zz. Throughout the 80s and 90s, Mike continued to play, record and tour the nation with bands like Tafoya and Raw Dogs. Through it all, Mike has been committed to making his own music on his own terms, a choice that eventually left him broke and alone and living in the streets through two harsh Illinois winters without a guitar to his name. Michael Tafoya’s musical legacy runs deep. From his days with The Boyzz (from Illinois), and then later The B’zz, both bands were signed to Epic records and Michael has toured with national acts like Aerosmith, Rush and REO Speedwagon. Staying true to the artistic instinct has its ups and downs. After nearly two decades of touring and writing, Michael’s decision to follow his own musical direction left him living by himself, homeless for two years. Pressing on, Michael began frequenting open mic sessions, networking with other musicians to put together the band that would allow him to stay true to his own sound. Michael style is described as “New Classic Rock.” Staying true to his roots and the music he loved to listen to while he was growing up, Michael’s music will appeal to anyone with a love and nostalgia for the music of the ’60s and ’70s, who love the style but might be tired of hearing the same old songs broadcasted by the classic rock stations.

How do you describe Michael Tafoya sound and progress, what characterize your music philosophy?

My music is an extension of my life. My music philosophy is “to change to culture of the listener”. Do these folks really think that the music being shoveled out to the masses is real and good?

Times of loss, love, and pain generally... And God!

That music in all genre’s touch the soul. Rock and Blues to my mind is the voice and rings true to my ear. 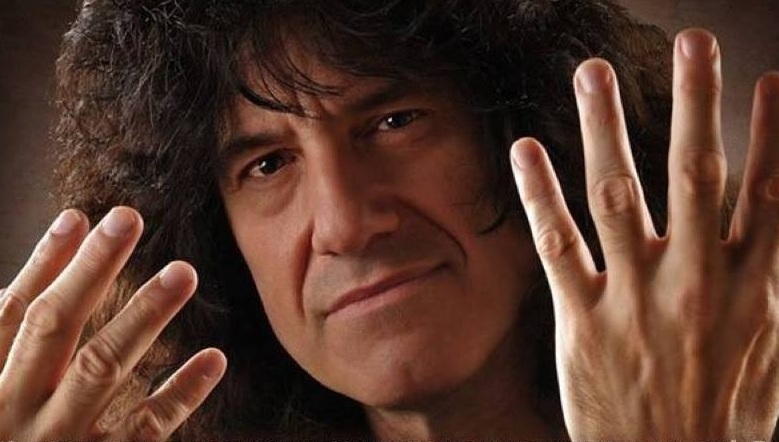 "I miss people really getting into the music and the playing by the cats in stage. Now, it’s canned music by a short list of folks who are paid handsomely by suits to stuff us with what they feel they can sell."  (Photo by Ed Peterson)

People often ask me what the best this or that. I can’t offer anything good because it’s all either good or bad. I don’t see one being the best. As far as Jams are concerned. I remember the awful jams with people who are ill mannered rs cocky and not so good. Oh yeah, the ones that are good yet they have the heart of the devil. (Laughs)

My manager of the Boyzz in 1978 said to me after we finished the Too Wild To Tame album in Miami, Fl. I was kind of bummed and didn’t have a clue why. Jon Jon (Drummer of the 60’s band The Buckinghams) came up to me and asked why I wasn’t getting happy and drunk with the rest of the cats in the band. I told him I didn’t know what I was feeling other than empty, Jon Jon says to me. “I wish I had someone to tell me this when I finished my first record. He goes on to tell me that I just completed a lifelong journey and now that I have done it. What’s next? It hit me on the forehead like a brick. Life is a journey and I will never complete it as a total. And that’s fine. The Journey is important!

The most important period in my life seems to me to be the period when I did nothing and got high. I wasted sometime though looking back I wasn’t ready to delve deeply into my muse at the time. I was saddened and hurt by folks I thought were my friends so I hid it deep inside of me. I see that as a learning experience. That question would take too much time. If you’re still interested after this I’ll be glad to expand on that.

"That music in all genre’s touch the soul. Rock and Blues to my mind is the voice and rings true to my ear." (Photo by Ed Peterson)

What do you miss most nowadays from the Rock of past? What are your hopes and fears for the future of music?

I miss people really getting into the music and the playing by the cats in stage. Now, it’s canned music by a short list of folks who are paid handsomely by suits to stuff us with what they feel they can sell.

Their music, performances and attitude about being in the music.

What are the lines that connect the legacy of Blues with Jazz and continue to Rock and beyond?

Blues and Country music are the parents of Rock and Roll. Blues is daddy of Jazz as well. So, they are obviously, related. I don't think they are bastard related either. Rock has its blues and jazz (fusion etc.) Classical (Progressive Rock).

When we talk about Rock usually refers past moments. Do you believe in the existence of real Rock nowadays?

Of course I do! Thing is, we all grow and adapt to new environments. Rock has the same growing pains.

What is the impact of Rock n' Roll culture to the racial, political and socio-cultural implications?

It's a voice of a certain demographic or range of individuals who have something to say to those that listen to those individuals. 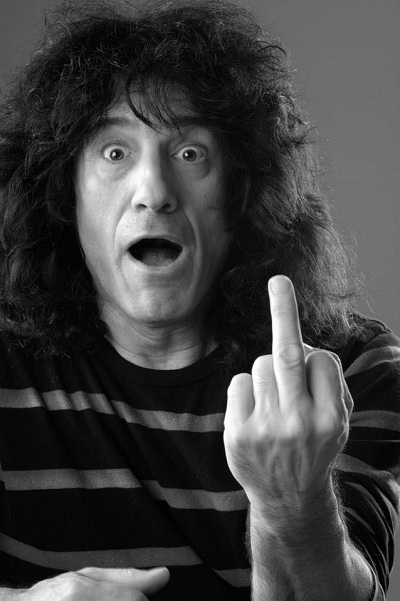 Disney inspired music acts that are self-important and with nothing meaningful to say. Specifics? No I don't sling feces. (Laughs)

"My music is an extension of my life. My music philosophy is 'to change to culture of the listener'. Do these folks really think that the music being shoveled out to the masses is real and good?"

Woodstock would be great! The music was diverse and had the culture, politics and love with drama infused to the event. Plus, it was peaceful. That's a must! For a real long day? I would love to play for, ingest the variety of peoples and cultures of Europe. We would do our originals peppered with the Blues based guitar music that we love to play. Tafoya's Lost Boyzz play ROCK AND ROLL!