British/Kentucky-based Screamin’ John Hawkins and T.D. Lind are no strangers to the Louisville music scene, having performed together as Edenstreet in the 90s. Signed to a major label contract the band moved to Los Angeles primed to make their mark on the music world. As luck would have it, their label was sold and the group broke up. Hawkins and Lind, along with bassist Jeff Crane and drummer Paul Culligan went their separate ways after the disbandment. TD Lind first came to the U.S. from England in 1991 landing in Louisville where he fronted the band Edenstreet. Screamin’ John Hawkins was one of the guitar players in that band which disbanded after A&M was sold to Universal. Lind returned to the UK and pursued a solo career. Screamin’ John remained in the US and continued his musical journey. Now the blues rockers deliver a brand-new album titled "MR. LITTLE BIG MAN" (October 2019). Produced by Rock and Roll Hall of Fame member Glyn Johns, Screamin’ John & TD Lind return for their second release on Down In The Alley Records. 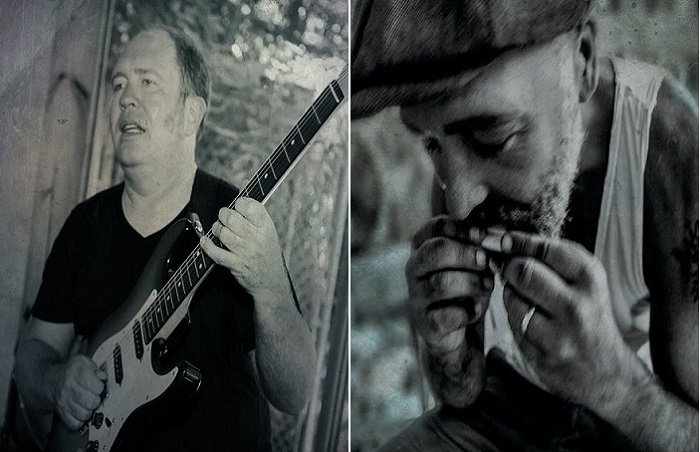 Their debut release in 2017, Gimme More Time reunited members of the late 90’s rock band Edenstreet (Hawkins, Arlon, Crane, and Culligan plus the addition of Joel Pinkerton on harp) and it was obvious the blues had taken hold. Mr. Little Big Man continues on the blues path and improves on the debut with Johns producing. The album consists of five originals written by Lind and some well-chosen covers with obscure songs by B. B. King (The Letter) and Jimmy Reed (Shame, Shame, Shame) and others by Taj Mahal (Jelly Roll), Seth Walker & Jarod Dickenson (Way Past Midnight) and a beautiful rendition of Leadbelly’s “Goodnight Irene”. Still with the same members, the band consists of: Screamin’ John Hawkins on guitars; Tim Arlon (a.k.a. TD Lind) on vocals, guitar and piano; Jeff Crane on bass and backing vocals; Paul Culligan on drums and percussion; and Joel Pinkerton on harmonica.

John: Blues has always been a part of my life ever since an older musician taught me the Chuck Berry lick on guitar when I was nine years old. The guitar became my ticket to everything – it’s taken me around the country and around the world. I’m lucky to have had a lot of rich life experiences and I’ve made lifelong friends, all thanks to three chords and a guitar.

Tim: I cannot imagine what my life would have turned out to be if I hadn’t been introduced to blues and rock n roll... having grown up in a family of musicians and actors, it is the only culture I understand, love, despise and seek to enhance.

John: I’m not sure those songs are all true stories, but they’re probably based on something that happened to somebody, somewhere. That’s the great thing about blues, is that it can express extreme happiness and extreme pain, all while letting the listener know that they’re not alone in dealing with the struggles of life; everyone has to deal with these things. We’re all going to be lonely, or sick, or broke, at some point in our lives. We’re all the same in that respect. These songs let you know that you’re not the only who goes through these things. It happens to us all.

Tim: "The letter" for me has a desperate yearning that needs to be screamed about. "Shame, Shame, Shame" seems to drag itself over broken glass in frustration. Jelly Roll’s a party freight train filled with bourbon. "Goodnight Irene"... honesty in regret. 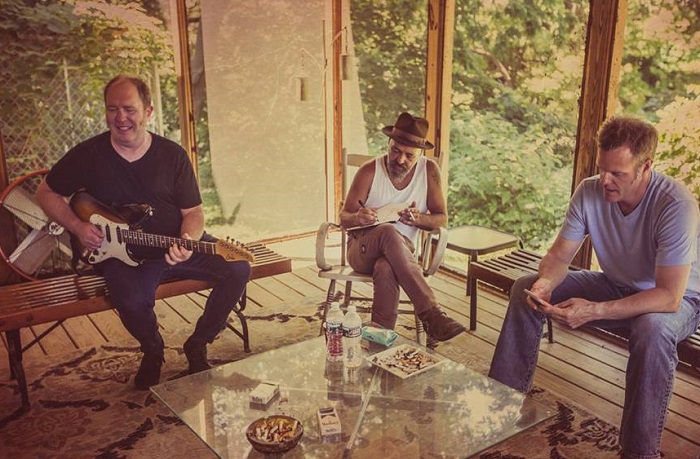 "Honestly, I think there’s still wonderful music being created everyday... my fears are that the modern platforms of streaming make it harder for creators to be appropriately paid and I hope there’ll be a better resolve of this issue." (Photo: Screamin' John and TD Lind)

John: There are so many, but playing Garvin Gate Blues Festival for the release of “Gimme More Time” was an absolute gas. The weather was perfect, it was our first real gig since we got the band back together, and it was half a block from the bar I where I started playing the blues live when I was in high school.

John: Well, unless you’re talking about music from before the 20th century, we still have all that music, so I don’t have to miss it. I carry every record I’ve ever owned on a device the size of a box of Tic-Tacs, which I think makes this an amazing time to live. With the future of music, especially the blues, I want people to understand that it’s okay to progress and move the genre forward. There’s room for tradition and innovation. When people say that new music isn’t good because it doesn’t sound like old music, it divides us. We don’t need any more of that, right now.

Tim: Honestly, I think there’s still wonderful music being created everyday... my fears are that the modern platforms of streaming make it harder for creators to be appropriately paid and I hope there’ll be a better resolve of this issue.

What would you say characterizes Kentucky/Louisville's blues scene in comparison to other US local scenes?

John: I think we have a lot of traditionalists here that get a little uptight when people don’t do things the way they’ve always been done. I understand that, and I think it’s very common with folk-based music forms like blues or bluegrass. That scares a lot of musicians away, though, and stifles creativity and innovation. I wish there were more young musicians interested in this music, as well. It’s going to die off if there aren’t young people to keep it alive. 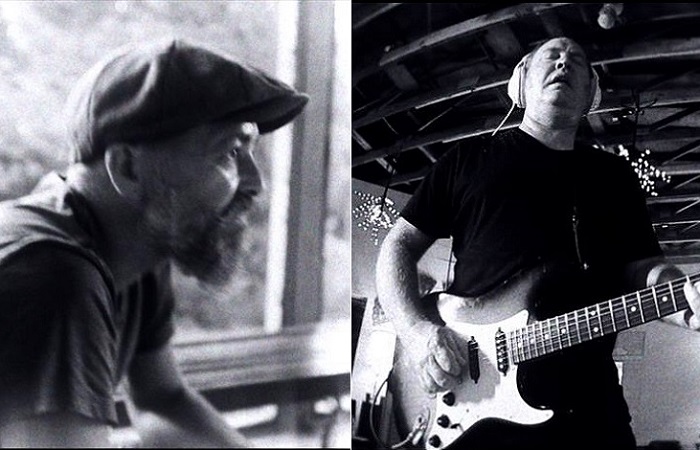 "I cannot imagine what my life would have turned out to be if I hadn’t been introduced to blues and rock n roll... having grown up in a family of musicians and actors, it is the only culture I understand, love, despise and seek to enhance." (Photo: Screamin' John and TD Lind)

John: I think it’s a specific genre. It expresses the same emotions other music does, just in a different style. When Leadbelly and Bill Monroe can both record “In the Pines” in different styles and make you feel the same way, that’s the movement – it’s just expressed through different genres. Same words written with a different pencil.

Tim: It's both... it’s a state of mind that more often than not is projected thru a specific sound.

Tim: Blues and it’s culture will only be understood by blues lovers.... with understanding, empathy and without prejudice.

John: July 25, 1965 at the Newport Folk Festival. Bob Dylan played electric, and showed the world that “the way we’ve always done it” doesn’t have to be the way we always do it.

Tim: Back to an evening where Howlin Wolf, Elmore James, Sam Cooke, Ray Charles and Oscar Peterson played on the same bill... because... I don’t need to explain! 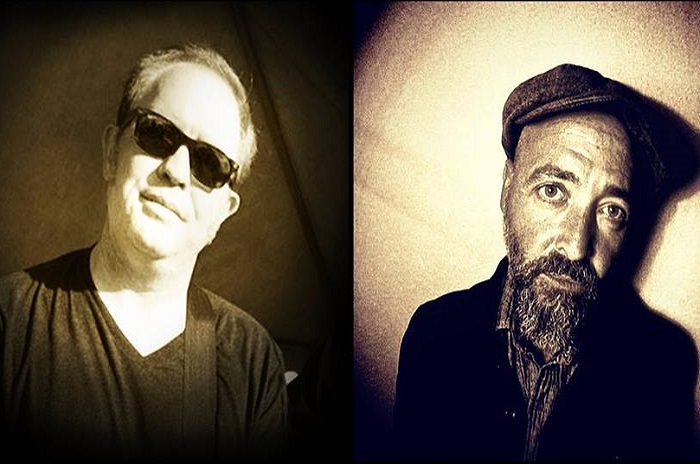