"Music is a central cog in our socio-cultural identity from the individual to the global level. It helps us define ourselves and our humanity. It connects us with each other. I want it to keep doing that."

I Wanna Go With The Blues

Wide Mouth Mason is a soul power duo comprised of Shaun Verreault (lead vocals & guitar) and Safwan Javed (vocals & drums). From their beginnings performing in rural Alberta in 1995, Wide Mouth Mason has seen its fan base grow in Canada and extend to other areas of the world such as the United States and in Europe... as well as becoming one of the first North American bands to tour China in the 21st century. With each new fan gained often quick to share the discovery of Wide Mouth Mason's music with others who have yet to hear the band's music. While Wide Mouth Mason's studio catalogue provide musical snapshots of a band's journey and growth, it is the opportunity of hearing the guys perform live that is something not easily described or captured, only experienced.                       (Wide Mouth Mason / Photo by Travis Nesbitt) 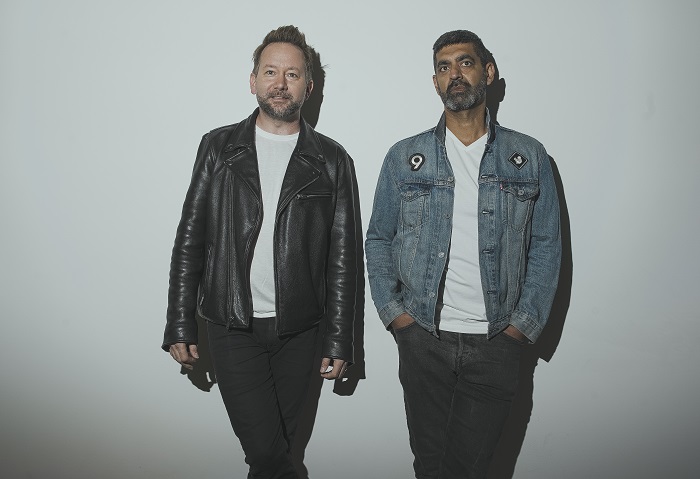 Wide Mouth Mason has opened for such groups as AC/DC, The Rolling Stones, The Guess Who, and have gained more fans with each performance along the way. They've played at many different music festivals, including the prestigious Montreux Jazz Festival in Switzerland. Each time the three of them perform, Wide Mouth Mason has ably demonstrated at each instance the innate ability to tailor their performance to the size of their audience and the environment created with each subtle nuance of a music fan enjoying the band's music. Wide Mouth Mason has the rare ability to not just sense the music the audience is hoping to hear but to also often surprise even the most jaded listener with their versatility and range. Wide Mouth Mason’s eighth album, "I Wanna Go With You", released on October 2019. The album hears Shawn and Safwan returning to their blues roots, with a heavy helping of lap steel and songs about travelling, reinvention and transition. The album was recorded with Ryan Dahle of Limblifter, Age of Electric and Mounties, and he also plays bass on some of the songs.

Shaun: My favourite Blues and Rock artists are unmistakably identifiable within a couple seconds. They cut their own path and their work is like a fingerprint. They’ve inspired me to aim to be that fearless and to follow inspiration wherever it resonates with me, to find my own voice.

Safwan: Countercultures continually remind me to look beyond mainstream norms. Being open to different ideas and perspectives enriches one’s experience of the world.

What characterizes 'I Wanna Go With You' in comparison to previous albums? Where does creative drive come from?

Shaun: We grew up playing in blues clubs, listening to the all the classic blues and RnB we could find, and also loving Hendrix, Prince, The Police, reggae… Our music has always been a mix of all those things, with blues being like the middle ten letters of our alphabet. Always in there. On this new record, I Wanna Go With You, it’s more like twenty letters…

We chose the name Wide Mouth Mason after seeing a Clarence Gatemouth Brown concert in our hometown of Saskatoon, because we liked how it was sort of like his name and also because my older kin would keep preserves throughout the long, cold Canadian winter in the cellar in Wide Mouth Mason jars.

Safwan: “I Wanna Go With You” readily fits into the “Blues” genre more than any previous album we’ve released. It is a recognition of Wide Mouth Mason’s musical roots. The band’s creative drive comes from a lifelong friendship that began when we were 9 years old, and during which the one constant has been making music together. 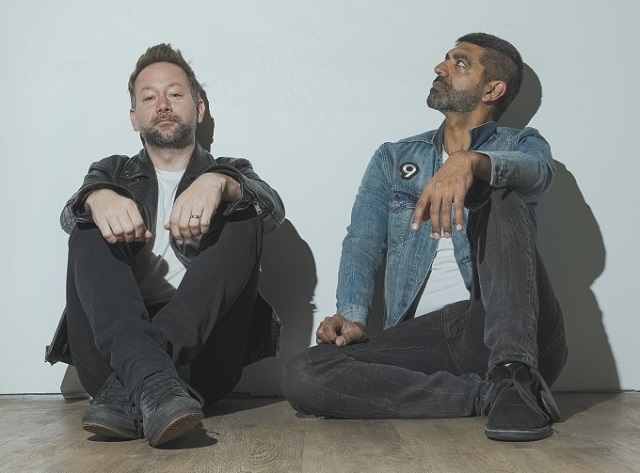 "Take me to February 4th, 1958. Columbie 30th Street Studio in NYC, so I can watch Cannonball Adderley, Miles, and Coltrane masterfully complete each other’s musical sentences while recording the song Milestones. Sublime. My favourite recording ever." (Wide Mouth Mason / Photo by Travis Nesbitt)

Shaun: We’ve been very fortunate to have toured with The Rolling Stones, AC/DC, ZZ Top, George Thorogood, and many of our other musical heroes. I’ll always remember how much of themselves they’d put into their performances. We saw Mick Jagger barely able to walk with the flu, but strut out onstage and destroy an arena. Nobody would guess he was sick. Angus Young would get carried off stage wrapped in towels, too exhausted to walk, because he left it ALL on stage. That’s the bar. You go out and phone it in? You fake it? You suck and you don’t deserve to do it.

Safwan: We’ve had the good fortune of sharing stages with musical giants, like The Rolling Stones, ZZ Top, AC/DC, Van Morrison, etc. There are many stories from those encounters. The encouragement and validation they gave us on a personal level is incomparable.

Shaun: I love that we have easy access to so much music from all eras now. I ache a little, thinking of the joy in finding a rare gem in a record store on the road, or trading VHS tapes with Kenny Wayne Shepherd and has band while we were touring together because they’d have found a Freddie King clip we hadn’t seen and we had Hendrix at Albert Hall… Now, I can get either of those on my phone in seconds. It’s easier and I love it. But scarcity combined with the thrill of the chase were pretty magical.

Safwan: I think the current musical industry landscape puts an inordinate amount of pressure on musicians to focus on branding and marketing as opposed to their art. I hope the pendulum swings back on that trend and then just stops swinging. 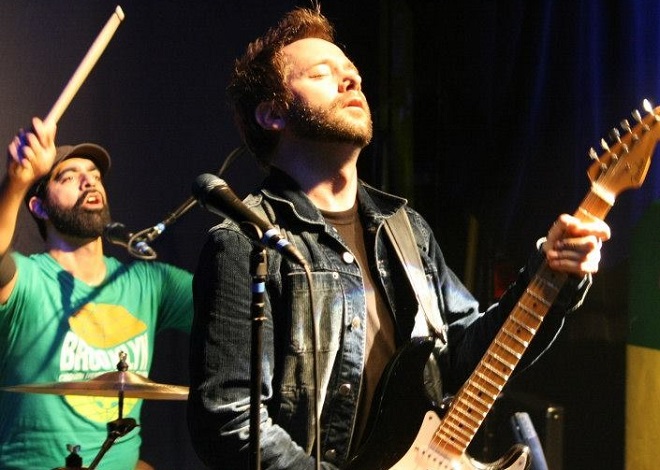 "We chose the name Wide Mouth Mason after seeing a Clarence Gatemouth Brown concert in our hometown of Saskatoon, because we liked how it was sort of like his name and also because my older kin would keep preserves throughout the long, cold Canadian winter in the cellar in Wide Mouth Mason jars."

Shaun: Take your wallet onstage, always be listening, never leave your guitars overnight in cars (never had to learn that one the hard way, luckily I learned from other people’s mistakes), a grown person needs to learn how to cook when they’re home, and as above, if in a world where some people have to struggle immensely just to live, if you have the enormous good fortune of walking on stage you’d better honour them by playing like your life depends on it.

Safwan: Make music because you love making music. Like-minded people will be drawn to that and you will build communities.

What is the impact of music to the socio-cultural implications? How do you want it to affect people?

Shaun: That’s a huge question. Not sure I can sum it up in a little answer. I do know the right song at the right moment can rise above the din of life’s loudness and make us really feel. The right band, the right crowd, the right moment, can forever deepen people’s connection to each other and themselves.

Safwan: Music is a central cog in our socio-cultural identity from the individual to the global level. It helps us define ourselves and our humanity. It connects us with each other. I want it to keep doing that.

Shaun: Take me to February 4th, 1958. Columbie 30th Street Studio in NYC, so I can watch Cannonball Adderley, Miles, and Coltrane masterfully complete each other’s musical sentences while recording the song Milestones. Sublime. My favourite recording ever.

Safwan: I’d travel thirty years into the future to see if what has become of my children, humankind, and our planet. 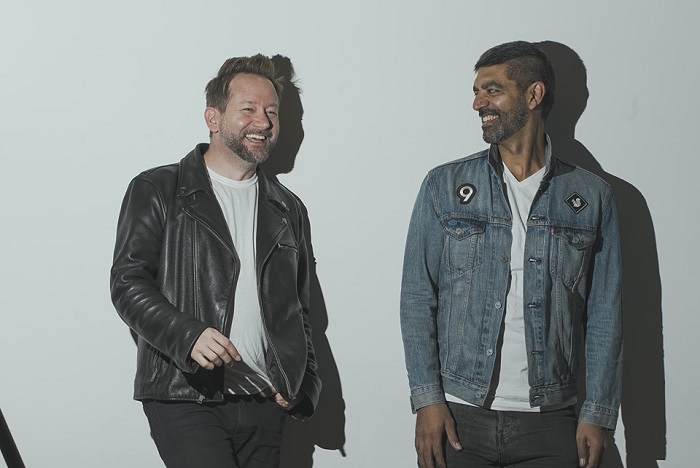