Q&A with southern Bluesman, Sammy Blue - The Crown Prince of the Blues from the tradition of the true masters

"Blues music has been the driving force of modern commercial music that was invented by Black Americans. Once it would bring people together now it is very segregated again. Since most things are turned into product in America the Blues is no different."

A native of Decatur, Georgia, Sammy Blue's search for the music in his heart has led him through clubs, concert halls, festivals (and hotel rooms) across the USA and abroad. While jamming with most of the great touring Blues bands and as an opening act for legendary artists Taj Mahal, Muddy Waters, Jerry Garcia, Albert Collins, Buddy Guy, Lightin' Hopkins, The Wailers and many others - he found his music.  The direct influence of these legendary artists, along with his natural interest in traditional black music, accounts for his mastery of East Coast , Delta, Texas and Chicago style Blues and the blending of these into his own style. An authentic solo Blues artist, Sammy represents a vanishing breed. However, his musical style exemplifies the new wave of contemporary blues artists, combining the pure Blues of the past with the moods and temperaments of today - truly earning him the title, "The Crown Prince of the Blues" (a title given to him by Muddy Waters). 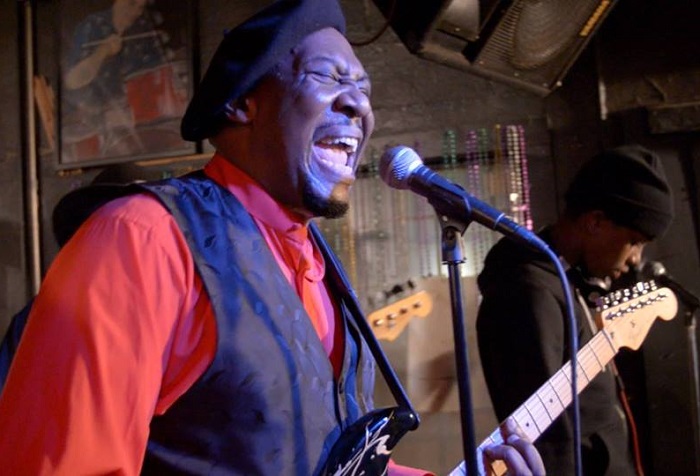 Sammy Blue also acted as musical technical advisor and appeared in NBC’s critically acclaimed TV series “I’ll Fly Away”, for which we wrote and performed the song ‘Delta Shuffle’ for the pilot. Mr. Blue also appeared in Larimar/Paramount’s TV production of “Mama’s Flora’s Family”. His original compositions can be found in the documentary “Blues Stories” and the movie “Mending Hearts”. He also co-starred in the stage play “Spunk” as Blues guitar man. He was in the Clint Eastwood/Warner Brothers movie “Trouble With The Curve” with Justin Timberlake. In the movie, Sammy performed his original song ‘Everything’ & Mo” from his latest Hottrax Records release “A Blues Odyssey” (2012). His latest activity is the lead role of Bluesman I.B. King in the producer/director’s Toby Huber’s independent Blues film “We Are Kings”, starring Sammy Blue, Rita Graham, Bianca Ryan, Boogie Long and Pryce Watkins. In the tradition of the true southern Blues masters, we proudly present "The Crown Prince of the Blues", Sammy Blue.

I’ve learned that I have a commitment to telling the truth and to maintaining the integrity of African American culture and art. The blues is the purest musical expression of Africans born in America and the core of most commercial music produced from the USA.

What are the lines that connect the legacy of Blues from East Coast to Delta, Texas and Chicago style Blues?

The only lines I see are the migration of African Americans to and from these areas and how they were treated - which in some way affected the different styles that were developed. I fear for the legacy of all Black Blues from all areas.

How do you describe the Sammy Blue sound and songbook? 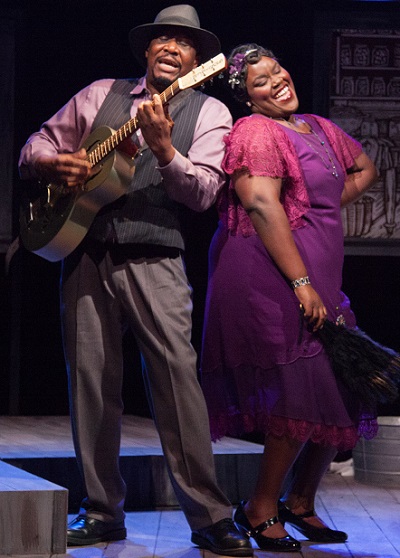 “If I can’t feel it or the music doesn’t move me spiritually it’s not valid art.”

"I hope that the blues industry will promote more excellent African American artists who update the blues to reflect today’s current blues themes and stories."

“If you decide to be an artist, prepare to suffer.” And “Never be intimidated by what any other artists can do.”

Are there any memories from Johnny Shines, Sleepy John Estes and Peg Leg Sam you’d like to share with us?

I lived with Johnny Shines for a short time and drove for him to learn Robert Johnson’s style. He was a great teacher and very intellectual man. Sleepy John was a very quiet and reserved person he had very little to say unless he felt he needed to make a point which was rare. Peg Leg Sam was great, down to Earth and really funny as well as a great harp player and historian. He was like a grandfather to me and was very easy to talk to.

What do you miss most now days from the blues of past? Is it easier to write and play the blues as you get older?

The Blues in the past was written and performed by the genuine African American artists who came out of the culture that produced the real music. No. It’s never been difficult for me.

My hopes are that blues music will become more than just historical music. I hope that the blues industry will promote more excellent African American artists who update the blues to reflect today’s current blues themes and stories. My fears are that this may not happen because I see more generic blues musicians who are not products of or born of the true Blues culture.

What has been the hardest obstacle for you to overcome as a person and as an artist and has this helped you become a better blues musician? The greatest and hardest obstacle to overcome as a person is being an African American male who’s seen and learned from the greats. For the same reason this has made me a better blues musician because I have to be 10 times better and more creative than other non-black blues musicians in America. Please understand, anyone can be considered a blues musician. That doesn’t make every blues musician a genuine Bluesman or Blues woman.

"I fear for the legacy of all Black Blues from all areas."

I would like to see the genuine Black Blues artists be recognized and respected by the industry, media and audiences worldwide.

What has made you laugh from Muddy Waters and Albert Collins? What touched (emotionally) you from Lightin Hopkins?

From Muddy, the song “Champagne & Reefers”. From Albert Collins, the song “Mastercharge”. Lightin Hopkins' emotional honesty. I appreciated his no non-sense approach about the feeling of real Blues.

This is a difficult question! Blues music has been the driving force of modern commercial music that was invented by Black Americans. Once it would bring people together now it is very segregated again. Since most things are turned into product in America the Blues is no different. Now anyone with an instrument can be considered a blues musician or artist. It’s clearly seems to be taken over by non-black artists and business people and diluted of its cultural and ethnic integrity.

I’d like to go back to Africa before slavery to hear and learn the original music that the blues came from. 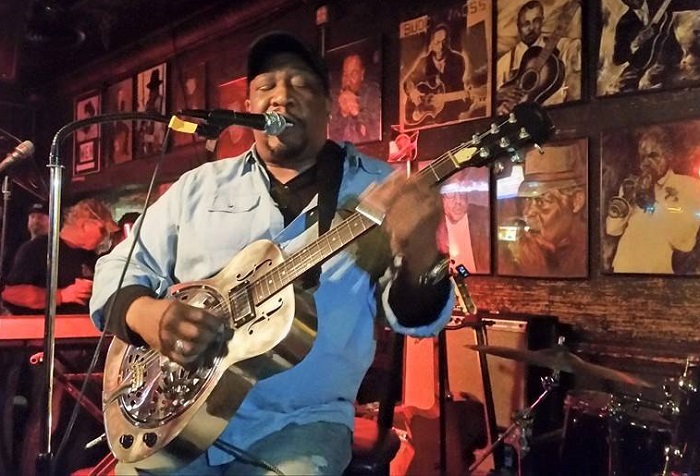