"I don't know if it's a state of mind but I do think it's more than a musical genre. There is a lot of passion and truth in the blues."

Pedro Villarejo: The Art of Music

Pedro Villarejo is an artist from Spain who has illustrated comics, children's books, poetry, posters and television series among other things. His artistic training is self-taught and his influences are multiple, from the most classic painting to the craziest cartoons, through literature, cinema or comic. 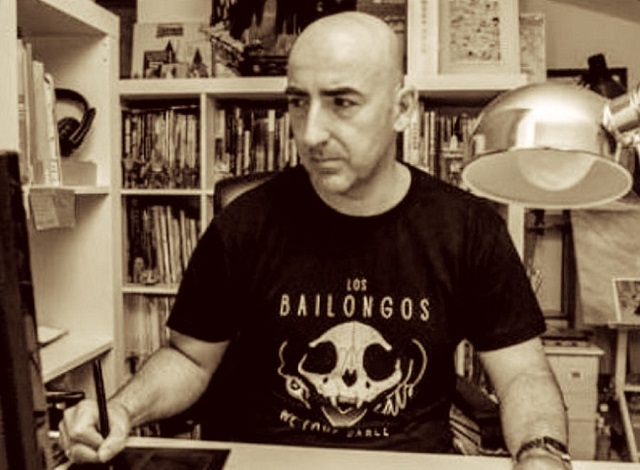 I believe in the power of music in general, not only of rock, to unite people, regardless of their condition. Music can make everyone feel the same emotion no matter how different we are.

What were the reasons that you started the artistic/comic researches? Where does your creative drive come from?

I suppose that if you ask this to anyone who has an artistic vocation he will tell you from ever. I don't know where it came from or what prompted me to do it, but I don't remember a time in my life when I wouldn't like to draw or write.

How does music affect your mood and inspiration? What do you miss most nowadays from the music of past?

I am sure there are great bands today, but the truth is that I still listen to the same music as 30 years ago. The great classics are the ones that continue to inspire me. And yes, I often go to them to stimulate my imagination in moments of creative blockage.

What touched (emotionally) you from Elvis Presley and Mick Jagger? 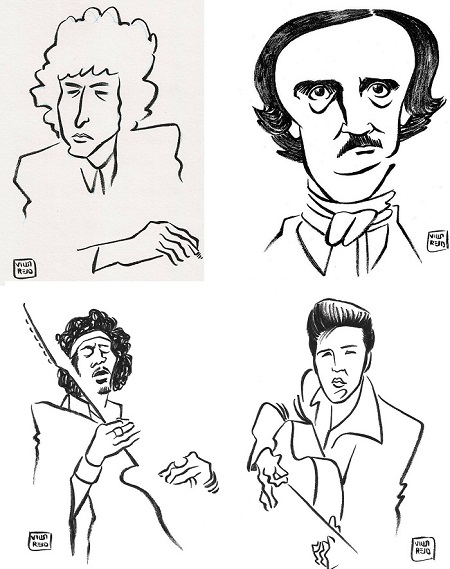 Elvis, Mick Jagger, Freddy Mercury and so many others ... His strength, his energy on stage. His ability to move masses and captivate generations.

"I believe in the power of music in general, not only of rock, to unite people, regardless of their condition. Music can make everyone feel the same emotion no matter how different we are."

What would you like to ask Bob Dylan and Mark Twain?

Tom Sawyer is one of my favorite books. I wouldn't know what to ask Mark Twain. I think I would sit next to him and just listen to his stories. Actually, I'm a shy person. If I met Bob Dylan, I probably wouldn't ask him anything XDDD.

I don't know if it's a state of mind but I do think it's more than a musical genre. There is a lot of passion and truth in the blues.

What is the impact of music and comic culture to the racial, political, and socio-cultural implications?

I don't know if I am able to answer such a complex question. Of course, as a means of expression, art can have a strong impact on society, positive or negative, but I don't usually reflect on this kind of thing, I'm just a cartoonist who likes to tell stories, not someone who intends to change the world.

Definitely living a day of adventure in the Far West should be the most exciting! 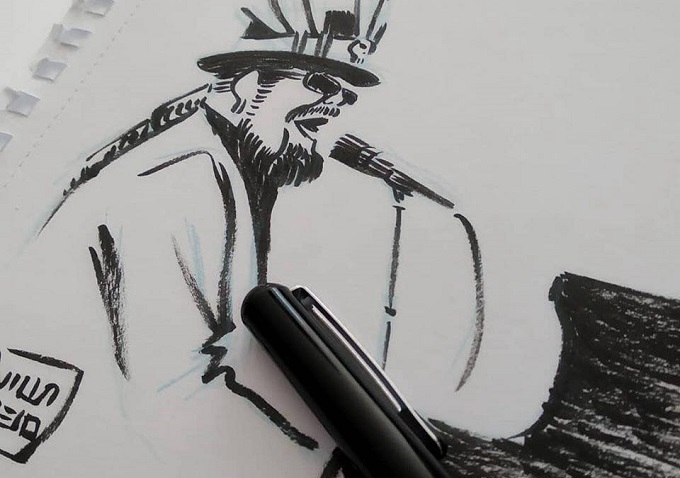