Q&A with Texas-based Cheyenne James, a young, multi-faceted entertainer with a deep passion for blues music.

"Our world has been shaped by the blues. Our Music evolved from it. Slang, attitude, lifestyle. Blues is a catalyst and it should be treated as sacred. The black community gave the world an incredible gift in the Blues and it should be honored as such. I think Blues and the story telling it inherently brings can change the world."

Cheyenne James is a young, multi-faceted entertainer with a deep passion for blues music. She began singing on stages all-across Texas at a very young age and has continued to fuel her passion for music and performing in adulthood. Among her many other stage and art disciplines, music and the blues hold a special place for Cheyenne and are a true passion for her. At only 24, Cheyenne has competed in the Houston Blues Challenge twice and received excellent scores both as a duo act, and part of a band. She has performed solo for many events like the Conroe Cajun Catfish Festival, The Woodlands Waterway Arts Festival, and Kids Fest among others. She has opened shows for blues legends like Miss Lavelle White and Trudy Lynn and been lucky enough to call many more local blues players friends and colleagues over the years. With a sound inspired by classic women of the blues and rock n’ roll, Cheyenne tries to inject a little bit of those inspirations into her more contemporary take on blues music without losing the roots of the genre. She stays involved in her community and performs for many local benefits and charities, as well as The Gathering Place; a Houston-area Alzheimer’s and dementia support group. Ms. James released a contemporary blues album titled “Burn It Up” (2018) with original music as well as a few covers of classic blues songs and others from artists including Willie Dixon and Van Morrison, recorded and mastered at Rock Romano’s Red Shack Recording Studio with the help of incredible local musicians like Randy Wall, Eric Demmer, Mark May, Lamar Boulet, and many more that helped her create a unique blues sound. With Burn It Up, Cheyenne is debuting on the national stage, showcasing her songwriting talents on six original songs. This 10-song debut from this Red Hot Mama is sure to scorch!

I learn lessons every time I play with someone new. Blues is a living, breathing entity. It is a culture that beats within everyone that loves music whether they know it or not. Blues has taught me that basics are the hardest things to master.

It's... Diverse. I think my sound is more of an Americana version of the Blues. Takes from all different kinds of influences that I listen to and mashes them together into something I love and understand and feel in my soul.

The process of making my album was a truly magical experience for me. To be gifted the opportunity to work with such amazing artists was truly a blessing. From Rock Romano, Dave Carter and I figuring out what keys and styles of blues we wanted for what to every other instrument added and all the time refining this project, I don't think I could pick a favorite moment, because it is one of my favorite experiences as a whole.

I miss the authenticity of the storytelling. I try to tell stories with my songs and I feel like so many mainstream artists have lost that piece of themselves in the pursuit of fame or fortune. 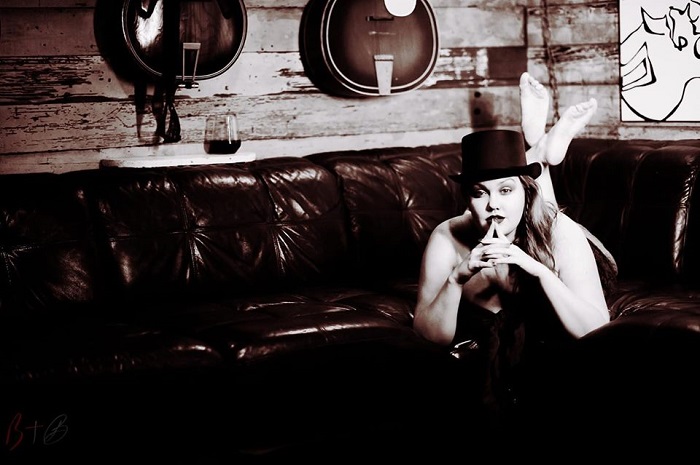 "It's... Diverse. I think my sound is more of an Americana version of the Blues. Takes from all different kinds of influences that I listen to and mashes them together into something I love and understand and feel in my soul."

I would want people that are not usually utilized because of their looks/lifestyles/etc. to be recognized for their amazing talents and not just as a novelty.

What touched (emotionally) you from Lone Star's blues scene and what characterize the sound of local scene?

The family that you can create here within Blues is jarring and wonderful. If you're talented and personable, you are truly embraced by a community that appreciates down and dirty classic blues and progressive sounds within those sounds in Blues.

As James Brown said, "it wouldn't be nothing without a woman or a girl". Blues is a more level playing field for female artists, though heavily saturated with men. As long as you do the work and have the chops, you are welcomed to join anyone on stage. Women in music right now are becoming incredibly powerful and influential and I'm excited about what that means for my future as a woman in the music industry.

Our world has been shaped by the blues. Our Music evolved from it. Slang, attitude, lifestyle. Blues is a catalyst and it should be treated as sacred. The black community gave the world an incredible gift in the Blues and it should be honored as such. I think Blues and the story telling it inherently brings can change the world.

I'd love to go spend a day with Janis Joplin and jam old blues and jazz with her amazing band and her. Maybe go with her to that party where she punched Jim Morrison in the face and knocked him out! 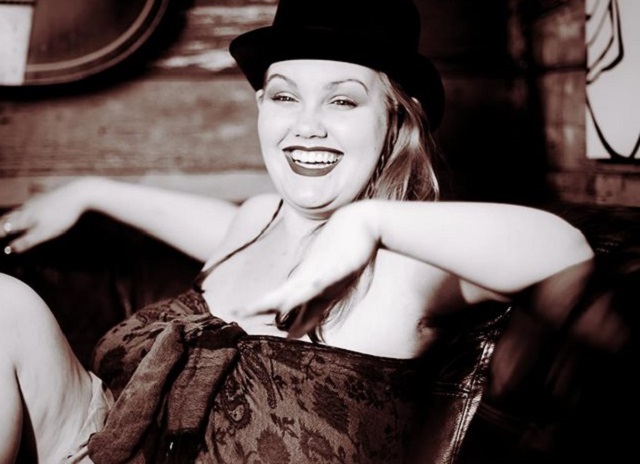