Q&A with Texas experimental Rock trio Xanthan, their music is very genre bendy and a lot of moods

"When people hear our music, I want there to be a bit of a shock factor, but still have a familiar sound to it. Obviously, this music won't be everyone's cup of tea. That's to be expected when making a new band. As far as impact goes, it does vary in my opinion. For some people music is a necessity, and for some it's not as much."

Xanthan is a three piece experimental rock band from Houston Texas featuring Boz Miller (drums), Max Miller (guitars), and Corin Gatwood (6 string basses). The trio released their debut six-track EP “Succubus Swing” (2022) which features half instrumentals and half songs with vocals. Says Corin, "The album has a lot of moods. There is a lot of humor in it for us. Hence the titles, but also just how we’ve managed to compose the songs. It’s all playful. We always try something different in each song. A lot of the lyrics were inspired by strange and unsettling experiences I have had with certain people. The music was written first; but while working on the instrumentals, it put me in the right mood to write about some dark stuff. Plus, it was during late 2020, early 2021. It was still the pandemic, and hell froze over in Texas. A surreal time can be a good time to be creative, I suppose."                                                 (Photo: Xanthan, Houston TX 2022) 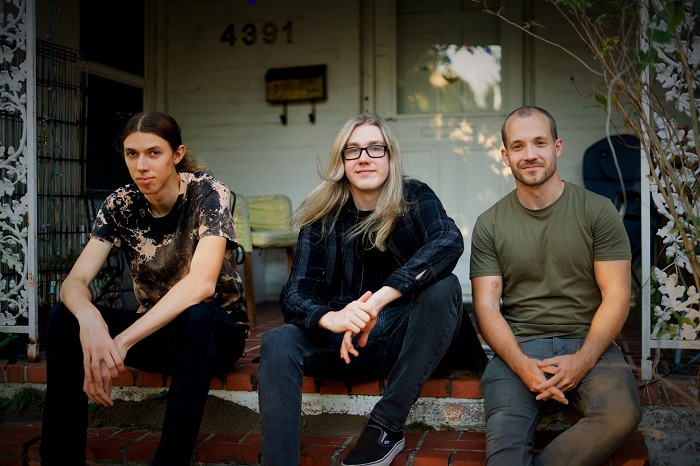 When recording the album, the music came first, but the band would adjust things for vocals as needed. Recording was fast. Every track was the three members recording live in Corin’s living room / practice space with no click track. Corin relates, “The track ‘Ms. Haan’ was made from noisy stuff I made on a tape machine, and me banging on the side of my washing machine. My hope was for it to evoke the anxiety of being a child again; alone, in school, or a building with scary noises and machines humming away. And it made for a good segue.” This E.P. features two of Xanthan’s early instrumental tracks (“1934” and “Colliskeions 23”). The trio wanted to include them on this release to demonstrate their early sound, but the opening track (“HYBYC”) and the last three are songs the band is most proud of. In closing Corin has this to say, “Just give it a listen in your car stereo on a sweltering summer night, in a dark, small town alleyway.”

How has the Rock music and Counterculture influenced your views of the world and the journeys you’ve taken?

Corin: I would say it hasn't changed mine much. I'm just finding that what I enjoy, is what I enjoy. Regardless of it being popular or not. If it makes me think or feel something, I'm with it.

Boz: I would say that neither have changed my views much. I do value music a lot more than I did, now that I've had experience with it.

How do you describe the band's sound, music philosophy and songbook? Where does Xanthan's creative drive come from?

Boz: I would say that our sound varies from song to song. Our main philosophy is that our music is very genre bendy. As far as music drive goes, it usually starts with one of us coming up with a riff and then it starts to snowball from there.

Corin: I like to play bass with a lot of mood, and I'm able to express that with this band. And I get drive with this band because we don't hold ourselves, or anyone else in the group back. so it's always positive and inspiring. 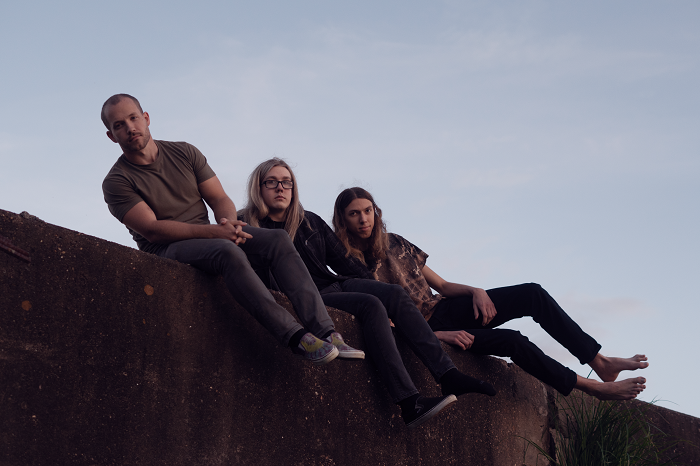 Boz: I wasn't alive back then, but I would say that I miss the amount of shows. I hope to see some music genres make a comeback in the future, but I also fear that some genres could die off.

Corin: Depends how far back we're talking hahaha. But I would say some of the older festivals like Lollapalooza were great. would have loved to have attended those with all those bands. I try not to fear; my hope is that more and more great bands and artists can be successful and be supported.

Boz: One thing I would change is the price of tickets for shows. That way they would be a lot more accessible to people with less money.

Corin: I would agree with boz. Too many middlemen making it harder for both the fan and the artist. But I would just like to see artists being able to sustain what they do financially.

What is the impact of music on the socio-cultural implications?  How do you want the music to affect people?

Boz: When people hear our music, I want there to be a bit of a shock factor, but still have a familiar sound to it. Obviously, this music won't be everyone's cup of tea. That's to be expected when making a new band. As far as impact goes, it does vary in my opinion. For some people music is a necessity, and for some it's not as much.

Corin: I hope people can get some kind of feeling from it that they couldn't get from other music. But we aren't on a crusade or anything, haha! or are we? No, but we want to see people moshing and dancing when we play shows again for sure. 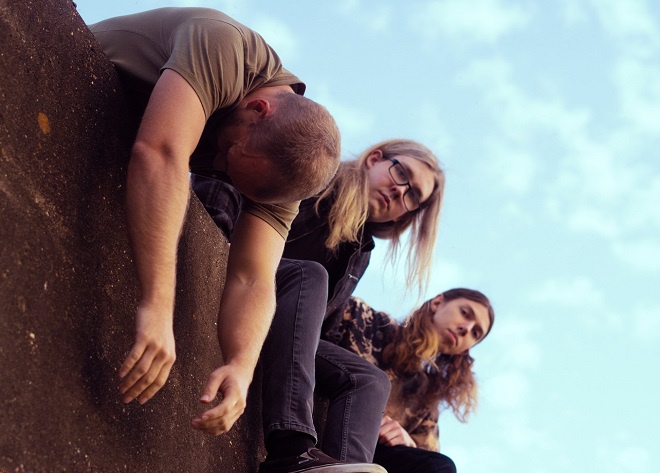