"I miss the genuine honesty of it all. Because the original blues songs were written from their heart and soul and I’m afraid the majority today are just creating lyrics or just mimicking what they think the blues should be. But with this said it would be hard for them to write with the experiences of the original blues guys because times have changed and that type of struggling is hopefully non-existent."

Michael Charles: The Soundtrack of Life

While enjoying a successful musical crusade of touring, recording, and numerous television and radio appearances in his homeland, Michael received an invitation from Buddy Guy’s management to appear at the infamous Legends in Chicago, Illinois USA. Graciously accepting the honor, Michael Charles traveled the twelve thousand five hundred miles and took the stage with Mr. Buddy Guy. After numerous trips back and forth, Michael Charles made the monumental and life changing decision to make America his new home. Charles worked the whole Chicago blues circuit performing with Mr. Buddy Guy, Phil Guy, James Cotton, Eddy Clearwater, Junior Wells, George Baze, as well as touring with blues legend, Jimmy Dawkins. In October of 2015 Michael Charles received the extreme honor of an induction into the Blues Hall of Fame. Michael Charles’ discography is comprised of thirty-two releases including a double CD thirty-year anthology released in 2014 and the live CD “Concert at the Nest”, released in the winter of 2015. In 2016 Australian film producer started work on a documentary chronicling the musical career of Michael Charles. 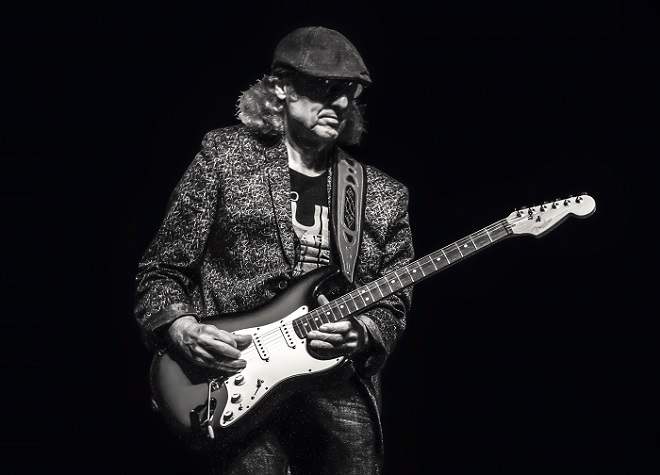 Michael Charles is traveling his twelfth consecutive tour, his new album "All I Really Know from A to Z / Soundtracked" (2019), which will once again take him to the far corners of the USA, Canada, and Australia. As always and with all Michael Charles’s performances and recordings, his guitar is kept forefront and is the driving force behind his music. Also, Michael Charles' latest release is in the form of a documentary produced by famed film producer Salik Silverstein in Australia.  A six-year project which after being aired on public access stations, PBS, and some small theaters came out in DVD form in 2019. The one hour documentary is the inspirational story of one man’s belief in himself.

The Blues has influenced my views of the world in the fact that it helped me realize that we all come from the same “place”. We all struggle, some in history harder than others, to be the best we can be and give to the future of our children. My journey is the same. My song writing is based around my life experiences just as music has been for generations and generations.

My sound has always been in my head. Whatever I am hearing in my head I try to get that sound out through my fingers on my guitar or keys and get it onto a recording or live on the stage. My songs come from that sound in my head and I create them with a natural progression. My songbook represents five decades of my life’s experiences. My philosophy? Keep it real and true to yourself. Meaning whatever comes naturally. No room for ego, no competition, music is an emotion.  If it doesn’t flow, don’t force it.

What I miss in blues music today… I miss the genuine honesty of it all. Because the original blues songs were written from their heart and soul and I’m afraid the majority today are just creating lyrics or just mimicking what they think the blues should be. But with this said it would be hard for them to write with the experiences of the original blues guys because times have changed and that type of struggling is hopefully non-existent. "Original blues music started with the African American musician. It is their music and their stories of their sufferings, whether it be of poverty or incarceration or just the horrible travesty of slavery and discrimination." (Michael Charles / Photo by Joe Wyse)

Good Question! Hopes; that there’s always the great songs that pass the test of time. Fears; The fears for me is that there may come a time when there is no one to carry the torch. I hope and pray there will always be someone.

The change I would like to see would be for people to deck out their homes with proper stereo systems. Because of the digital downloads and people listening to music on their little devices I feel they are losing the real sound of the production and the way the songs were really recorded and meant to be heard. In essence, I would like to see people listen to music in its true form again.

Are there any memories from Buddy & Phil Guy, James Cotton, Junior Wells, and Jimmy Dawkins which you’d like to share with us?

Mr. Buddy Guy’s memory starts with a 36-hour flight to America and being picked up by a limo at O’hare airport, whisked over to Legends and put up on stage with the man who I only knew from an album cover. My knees were shaking to be standing next to this legend. Honored and humbled by this moment, I will never forget it. Phil Guy a warm soul gave me countless of opportunities to perform on the stages of Chicago. A true gentleman! I cherished the many times I hung with him and performed with him and just shared our life’s stories. One of the best times I remember is the day I went to over to Legends and Phil was there and I said what’s going on? He said I’m about to head out of here, going over to the blues fest (Chicago) and hang with some cats who are playing.  I said Cool!  Well I’ll see ya around cause I don’t have any authority to go there. I’m just public.  And he said you’re not public. You’re coming with me.  I miss that man to this very day!

James Cotton… I was privileged to hang out with him for a few hours during one of his recording sessions in downtown Chicago. Junior Wells… During my early days in America I became very good friends with Junior Wells’ guitar player, George Baze who incidentally became one of my best friends of all time and  through him I had opportunity to meet the late and great Mr. Wells, which opened doors to join him on stage and get to know the man and make another friend who I enjoyed many chats with. Jimmy Dawkins… another great meeting and friend. And he was the first one he took me out of the Chicago scene for my first touring experience throughout the USA to place like New Orleans, Philadelphia, New York, to name a few. So many great memories of so many phenomenal musicians!! 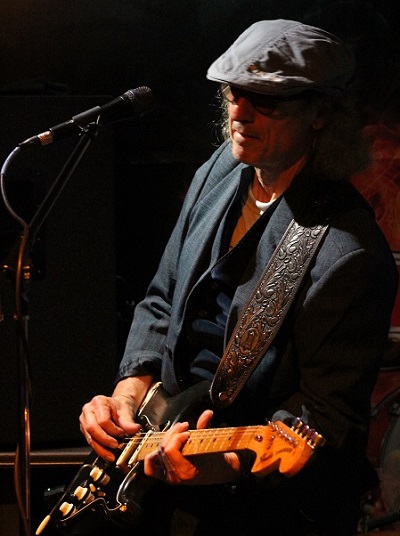 The big difference is: “the blues” were basically mimicked in Australia by what we heard on our record players the radio and TV (no social media or streaming in the 60’s and 70’s) But in the USA the blues were being played by the originators right in your own backyard!  From everywhere down south to Chicago to Motown.  USA musicians were privy to hear and see and learn from the best and then go back home and try it themselves! Up and coming musicians in America basically had access to teachers at all times. So needless to say, it blew my mind when I came over in the very early nineties and they were all still around and I too had this same opportunity. Very grateful to have the best of two worlds. I feel this gave me such a unique perspective which landed the uniqueness to my style of music. The similarities are; that no matter what country, the blues come from the individual’s heart and soul.

The number one lesson I learned was when my Dad told me “Doesn’t matter how good you may become, or no matter how good you think you are, all you have to do is look behind you, there’s always someone better”. And in the same breath he said “Doesn’t matter what you choose in life, never put it down or quit just because it gets hard or may feel impossible. Always remember the day you quit you will just have to start all over again with something new. So, stick with what you believe in.” This lesson is not just for the music path but all paths.

What is the impact of the Blues music and culture on the racial, political and socio-cultural implications?

Original blues music started with the African American musician. It is their music and their stories of their sufferings, whether it be of poverty or incarceration or just the horrible travesty of slavery and discrimination. Though somewhere along the line we “allowed” them to share this music with us “white folk” and now this music has enriched our whole music catalogue and spawned so many other great genres of music. It is to them we are in debt for this true Americana music. Now.… blues has no color, but it will always belong to the original ones who sang it and played it from their heartaches.

I would go back to my childhood home in that living room where it all began and just strum those basic chords with my Dad, the chords he taught me. I would love to show him how far those three chords have taken me in my life. 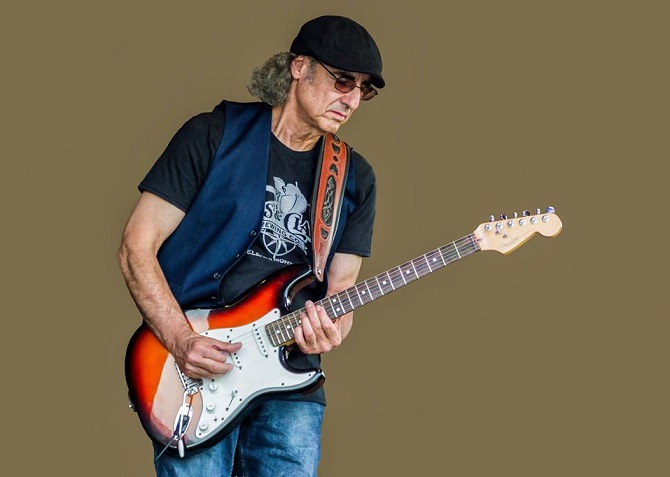