"I wish people would turn off the TVs and play some music."

Del Rey is an American blues, jazz and ragtime singer (and occasional songwriter), guitarist and ukulele player. Starting with classical music at the age of four, she was transfixed by her first blues album and has played blues and jazz ever since. She was influenced by the blues musicians Sam Chatmon, Bo Carter and Memphis Minnie. At the age of fourteen she was introduced to the world of traditional acoustic music. Lou Curtiss, proprietor of Folk Arts Rare Records and artistic director of the San Diego Folk Festival introduced her to living artists like Sam Chatmon, Lydia Mendoza and Howard Armstrong, and to recordings, especially those of the great blues guitarist Memphis Minnie. 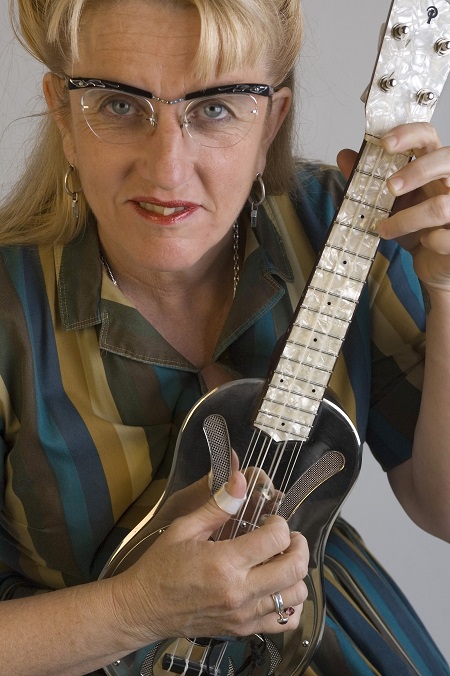 Her guitar playing is influenced by country blues, stride piano, classic jazz and hillbilly boogie-all filtered through the sensibility of an autodidact trailor-park aesthete.

Thirty years later, when Del Rey became fascinated with the ukulele, she tried to play the same kind of complicated rhythmic blues and ragtime on four strings as she does on six. She expects a lot out of the little instrument, and usually gets it. She plays solo concerts worldwide and also present a concert/lecture on women musicians called Women In American Music. She also collaborates and tour frequently with guitarist Steve James, Suzy Thompson, Adam Franklin and contributed to projects in honor of The Mississippi Sheiks, Sister Rosetta Tharpe and Johnny Cash. She occasionally writes about music for various publications, including Acoustic Guitar. Del Ray’s most recent album “Artwalk” (2014) from Hobemian Records, featuring Suzy Thompson, Matt Weiner and Hans Teuber. Del Rey talks about her music, old days of music, Sam Chatmon, Lydia Mendoza, women in American music, and ukulele.

The blues is our history-as told by the people on the bottom. Memphis Minnie singing about being on the road during the Great Depression: "they will tell you/the depression's gone/just look around you/it's still going on" or Bessie Smith singing about the Mississippi flood if 1927 "my house is gone/and I can't live there no more" it's the eye witness account, told in a poetic and rhythmic vocabulary that transforms raw experience into art.

How do you describe Del Rey sound and songbook? What characterize your music philosophy?

I like what I think of as "pre-corporate" music. Music made by people not machines. Music learned from other musicians and so not filtered by media outlets. So that means early '20th century music is a big inspiration and live acoustic music in the present.

Why did you think that the Blues and American Roots music continues to generate such a devoted following? 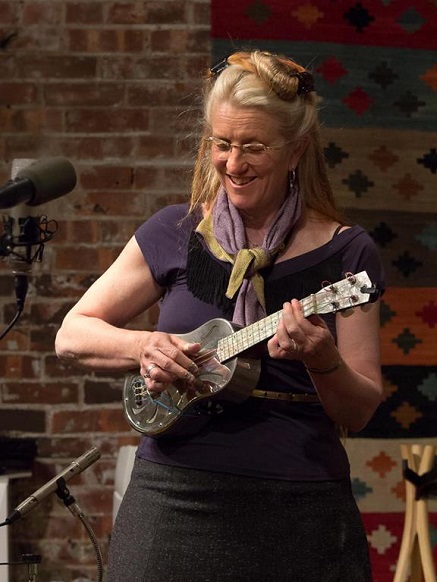 Because it sounds like reality not a sales pitch.

"You can remove one of those conditions and keep the feel-but if you have rich sober people playing for seated sober people, it's classical music-aka a dead art form."

What’s the best jam you ever played in and what are some of the most memorable gigs you've had?

The Sister Rosetta Tharpe Tribute at New Orleans Jazz Festival, with me on a borrowed 1940s Supro playing the part of Rosetta while Irma Thomas sang.

Sam Chatmon when I was twelve. I played with him many times and came to appreciate the music much more knowing him.

Advise - "Don’t drink too much liquor"

Acoustic sound. I hate the sound of pickups and monitors.

I wish people would turn off the TVs and play some music.

Which memories from Sam Chatmon, Lydia Mendoza and Howard Armstrong makes you smile?

Sam Chatmon suggested to me (when I was about 12) that I limit my drinking to "a toothcup full of whiskey" just before going to sleep at night.

Lydia Mendoza explaining how she sewed a little piece of her old performance costume into each new dress before she went on tour. She was like a wonderful fairy queen and was a powerful 12 string player when I met her at the San Diego Folk Festival in the late 1979s. 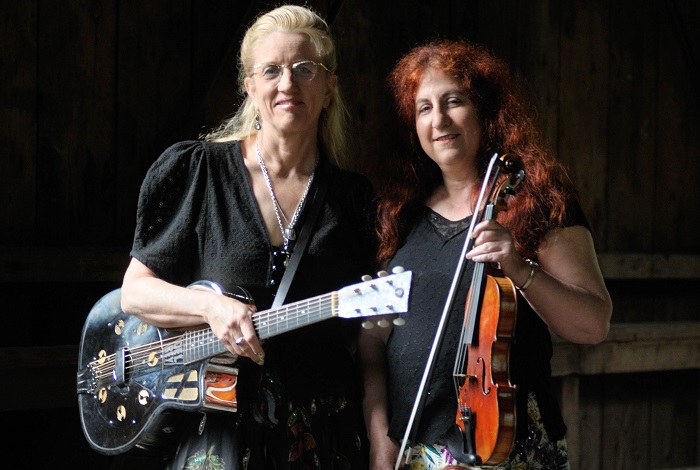 "Women have always played music at home, but as in so many other professions, they have been discouraged from performing publicly or making a profession on it." (Photo: Del Rey & Suzy Thompson)

What are the lines that connect the legacy of Blues with Ragtime and continue to Jazz and Hillbilly Boogie?

All of those are the music of poor people, played primarily for drunk people by drunk people, for dancing.

You can remove one of those conditions and keep the feel-but if you have rich sober people playing for seated sober people, it's classical music-aka a dead art form.

How started the thought of Women in American Music?

People were always asking me about where the songs I play come from. Since many of my favorite musicians are women, the show developed pretty naturally from my interests in guitarists like Memphis Minnie, Rosetta Tharpe, Vahdah Olcott-Bickford and Mary Osborne, songwriters like Dorothy Fields and Jesse May Robinson, pianists like Lil Hardin, Mary Lou Williams and Lovie Austin- etc.

What was the relation between Music and Women?

Women have always played music at home, but as in so many other professions, they have been discouraged from performing publicly or making a profession on it.

What does to be a female artist in a “Man’s World” and what is the status of women in the Blues circuits’ todays? 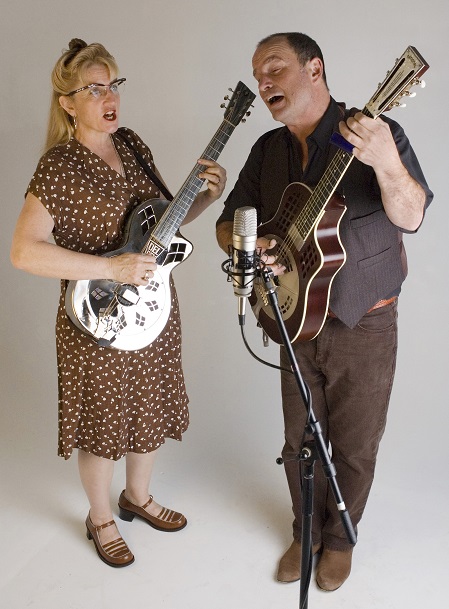 I dislike being labeled a "female guitarist". I am just a guitarist. There are a good number of excellent acoustic and electric players working today. At Merlefest this year, I was on a splendid bill with Mary Flower, Fiona Boyes, Eleanor Ellis, Cindy Cashdoller and Rory Block. What was especially nice was that show was billed "World's Best Acoustic Blues Guitarists".

"The blues is our history-as told by the people on the bottom."

Do you know why the sound of resonator guitar is connected to the blues? What are the secrets of Ukulele?

Resonator guitars are loud without electricity. Perfect for playing street corners, juke joints and parties in the piney woods.

Ukuleles have the same amount of music in them as a guitar-but highly concentrated!

I'd like to take a train from Chicago to New Orleans in 1926, with stops to walk around and listen in all the towns in between...I'd like to be invisible so I could sneak in everywhere, from polite parlors to juke joints.