"Maybe musicians should play blues more with their heart instead of just playing it with their fingers…My fears are that almost anything could already be said, sung or played in the world blues and nothing more is left…Sounds a little pessimistic, I'm afraid."

Dinu Logoz is a Swiss Blues musician. At the age of 20, he founded “Freeway 75”, which was a leading blues band in Switzerland, and the first local band where released an blues album. In addition, Logoz toured with other performers, such as Champion Jack Dupree, Driving Wheel, Obeljam, Travis Haddix and The Harlem Ramblers. He also did recordings with Che & Ray, Alexis Korner, Climax Blues Band among many others. So his career reached its first climax. Dinu Logoz was born on December 27, 1951 in Zurich. His musical education began with piano rounds, when he was 8 years old. Four years later, he began to become interested in jazz, with 14 he began to play guitar and first appearances followed in school bands. 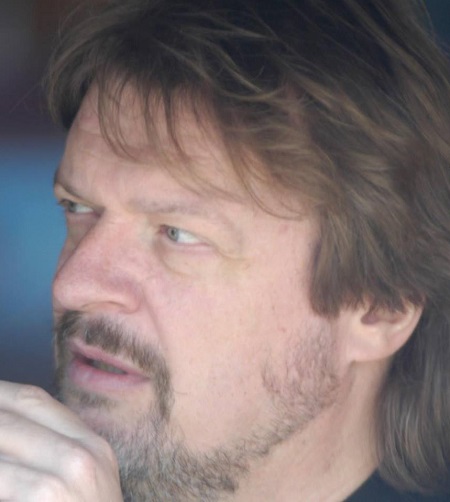 After a short time he learned the harmonica and the blues to know and then it got started. These are the musical cornerstones of his career: FREEWAY 75 (1972 – 1975) A highlight was in May 1974 the tour as backing band of Champion Jack Dupree through Switzerland and Germany from this time the live LP with Champion Jack Dupree and Oskar Klein comes to Festival, this album is available as a reissue on CD of Bad Luck Blues with bonus tracks on Blue Nose Records (his own label). DRIVING WHEEL (1975 - 1978), MEAN & EVIL (1980 - 1983), SAINT BLUES & THE ROARING POTATOES (1985 - 1987), CHE & RAY and friends (1987), OTELJAM (1991 - 1995), LL & THE HANDIMEN (1988 - 1998), ACOUSTIC BLUES BROTHERS (1996 - 2006).  Dinu Logoz is a blues musician and an expert in John Mayall and blues music, with an encyclopedic knowledge of the form.  Dinu writed the first detailed biography of a true icon in the world of blues music illuminates his life and career, and also provides insights into the development of his many fellow musicians, “John Mayall: The Blues Crusader” (2015). This comprehensive biography by a true blues aficionado follows the young Mayall from the early days of jamming in his tree house as a teenager to the vast tours he undertakes today. Even die-hard blues fans will find plenty of undiscovered anecdotes and stories here, as the book covers all phases of the Mayall’s career and not just the 1960s.

For me it is the basis of many musical styles from the 20th century like jazz, rock n roll, or even funk. And it's still the perfect music format to express my feelings.

What were the reasons that made your generation to start the Blues Rock searches and experiments?

I think we wanted to find the original roots of all that sound that fascinated and touched us so much during the sixties and seventies.

How started the thought of John Mayall’s book? What touched (emotionally) you from Mayall’s music? I always wanted to read a biography of that bluesman and remember that I've asked for that in a bookstore at the end of the sixties. Nobody dared to write one, so I did, after having created a Mayall-discography. Mayall touched me emotionally because we had a few things in common: He was a serious blues fan, he played harp, piano, guitar and sang, he was interested in graphic arts and wrote his songs himself.

"For me Blues is the basis of many musical styles from the 20th century like jazz, rock n roll, or even funk. And it's still the perfect music format to express my feelings."

Besides the many meetings with Mayall: Those with B.B. King and Muddy Waters. Just great and modest persons. The best advice is on a record from Dr. John: Make that music simple….

Foremost the session I could play with Alexis Korner in Zurich September 1972. A few musicians came on stage to jam with his then band Snape and he always said: These are all good friends. When I joined, he also called me a good friend (in perfect German by the way, for he spoke many languages) although he has never seen me before…. What a great guy! To play So Many Roads with Climax Blues Band was very thrilling too. Colin Cooper and Peter Haycock are both dead and gone, just like Alexis (Korner, not Zipras!). I always enjoy sessions with my black soul-blues-friend Travis Moonchild Haddix from Cleveland, Ohio, whenever he's here or I'm there. The Swiss-tour with Champion Jack Dupree in May 1974 was a real disappointment due to his massive beer-consumption….

Most new blues guitarists sound alike, one like the other. I prefer recognizable players. When you listen to B.B or Albert King, you just can say who is playing just after a few notes. The same with Clapton, Peter Green and Mick Taylor. Nowadays it seems to be some kind of lack of musical personality for me. Maybe musicians should play blues more with their heart instead of just playing it with their fingers….My fears are that almost anything could already be said, sung or played in the world blues and nothing more is left…. Sounds a little pessimistic, I'm afraid. 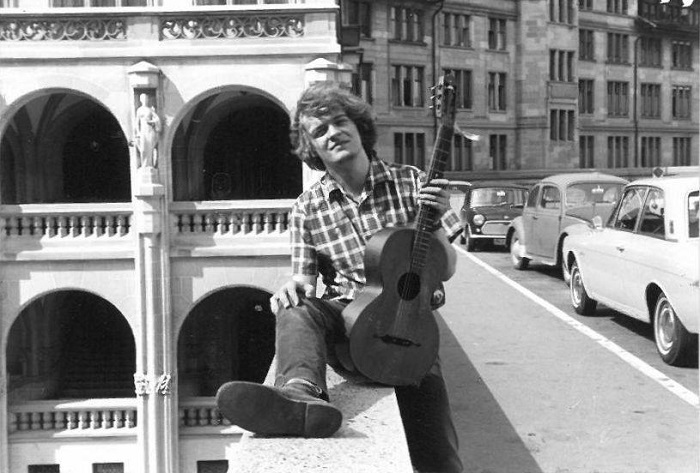 "I'm sure that blues and all the other Afro-American music styles like soul, jazz, gospel, funk helped so much to get away from silly and harmful racial clichés. Music can make the world more peaceful for it’s a language that is understood by everyone who is open-minded enough to listen to it."

Going back to real hardware albums like CDs or LPs instead of downloads. But that would mean to turn back the hands of time. And more melodic music tracks instead of spoken stuff like rap or hip-hop. Like Mayall once sings: I hate Rap- music…..

The late seventies with bands like Lazy Poker. That was great stuff. I've been fascinated by that group from their very beginning on. Later they told me that they were influenced by my earlier band Freeway 75 which totally surprised me.

What are the lines that connect the legacy of Blues from United States and UK to Switzerland?

Today it must me guys like Philipp Fankhauser or Wale Liniger that played with US-bluesmen like Johnny Copeland. But I fear there are not so many connections between Swiss blues, Britain or the states.

What is the Impact of Blues music and culture to the racial and socio-cultural implications? I am sure that blues and all the other afro-American music styles like soul, jazz, gospel, funk helped so much to get away from silly and harmful racial clichés. Music can make the world more peaceful for it’s a language that is understood by everyone who is open-minded enough to listen to it.

"Most new blues guitarists sound alike, one like the other. I prefer recognizable players."

I'm a dead nostalgic of the fifties, not just for the music but also for the cars, the whole groove of my childhood! This would make a dream come true for me. Tell me when you're ready for that trip!