"I feel like a lot of music has lost the human element.  I fear that this will continue in the future with the expansion of computers."

Robert Mercurio was born in 1972 and grew up in the Washington D.C. area, listening to mostly DC Punk Rock and later got into funk, jazz, and r & b. He started playing bass when he was 13 , joining his first band—the Skitzmatics with Galactic guitarist Jeff Raines. When it was time to pick a college to attend, the city the school was in was very important. He wanted to continue playing music but also attend school. So ended up moving and currently living in New Orleans, LA in 1990. Robert ended up at Tulane University, but the real classes were conducted in the city’s music clubs. It was places like Benny’s and Tipitina’s that entertained Mercurio during his tenure at Tulane, and is what keeps him there to this day! He started Galactic with Jeff Raines in 1994 and has continually toured all over the world. 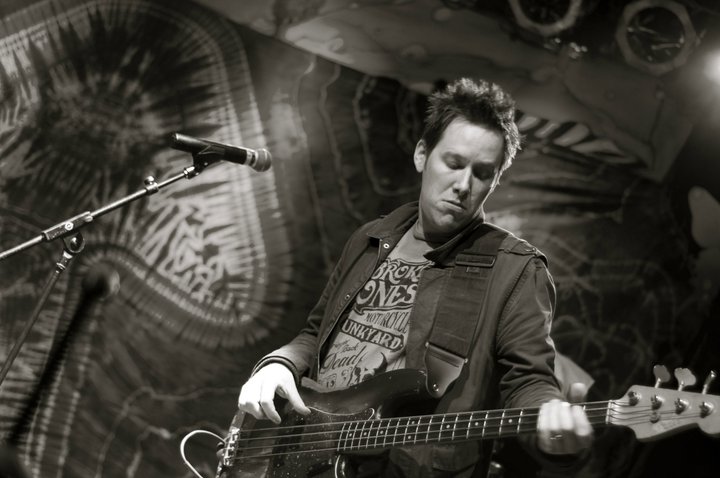 Galactic is also noted for inviting guest musicians from New Orleans to perform onstage with: the Soul Rebels Brass Band, Neville Brothers, George Porter Jr., Dirty Dozen Brass Band, to name a few. The band is often on tour and has shared the stage with acts including Live, Counting Crows, Allman Brothers Band, The Roots, Widespread Panic, and B.B. King. Robert plays, recorded and produced albums with many bands and artists like Galactic, Dragon Smoke, Good Enough For Good Times, Trombone Shorty, Andrews, Eric Lindell, Rachid Taha and more. Good Enough For Good Times started up as a band due to the lack of musicians in New Orleans following Hurricane Katrina, because a lot of the club owners were calling around asking musicians to put something together to fill their empty stages. Dragon Smoke is a band that formed as part of the New Orleans Jazz Fest tradition known as the “Superjam”.

What characterize the sound and progress of Robert Mercurio and Galactic philosophy?

We see ourselves as an ever changing sound.  The basis of our sound is in New Orleans funk and brass, but we also include hip hop, rap, and rock.

Why did you think that New Orleans culture and music continues to generate such a devoted following?

It is a city with a strong culture and distinct sound.   In America, there are not a lot of cities that can say that. "George Porter Jr (bassist for the Meters) is my mentor.  He always preaches the lesson that 'less is more' and that is so true in life as well."

How do you describe your contact to people when you are on stage and Galactic shows?

We try to bring the party and hope to bring people away from their everyday problems (at least for a moment).

Do you remember anything funny from recording and show time with Galactic and Good Enough For Good Times?

It is always funny!

Our sets in Japan are always over the top.  One of my favorite performance was at Fuji Rock fest in 2002 or 2003.  George Clinton came out and sat in with the band.

George Porter Jr (bassist for the Meters) is my mentor.  He always preaches the lesson that “less is more” and that is so true in life as well. 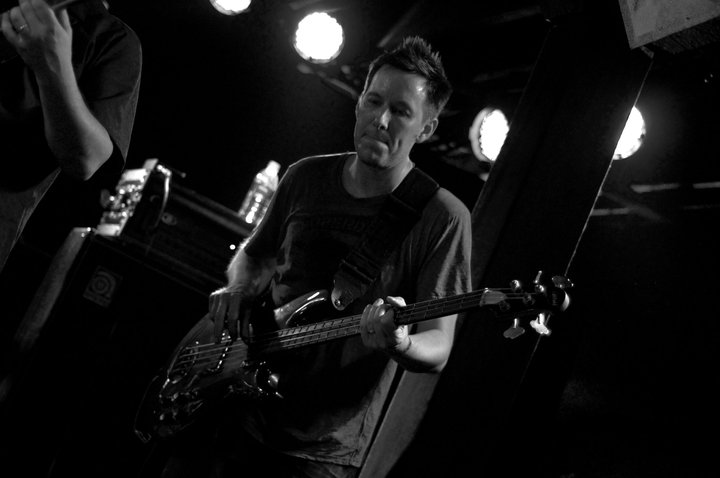 "I think I would like to visit the New Orleans of the 1920’s.  To see what the music scene and early jazz was like." Photo by MCE Photography/Chad Edwards

Are there any memories from The Meters, Allman Brothers, and B.B. King which you’d like to share with us?

They have all been inspirational.

I feel like a lot of music has lost the human element.  I fear that this will continue in the future with the expansion of computers.

Which memories from Irma Thomas, Allen Toussaint and Neville Brothers makes you smile?

Their music always makes me smile.  Recording with each of them was a musical highlight for me.  They are all masters of their craft.

What are the similarities between the carnival music around the world from Caribbean to Latin America?

They are all based on a celebration—to have a big party before the quite time of lent.

Very good question.  I think I would like to visit the New Orleans of the 1920’s.  To see what the music scene and early jazz was like.