"Happiness is living without fear in a perpetual state of gratitude and amazement."

John Foley York was born in White Plains, New York, is a bassist and guitarist. He is best known for his work with The Byrds, who he joined in September 1968 as a replacement for the band's original bass player Chris Hillman. He remained with the group until September 1969, when he was fired by the other three members of the band and replaced by Skip Battin. Despite only being with The Byrds for a year, his bass playing and singing appear on two of the group's studio albums, Dr. Byrds & Mr. Hyde and Ballad of Easy Rider, as well as on the non-album single "Lay Lady Lay". He also appears on Byrds' live album Live at the Fillmore - February 1969. 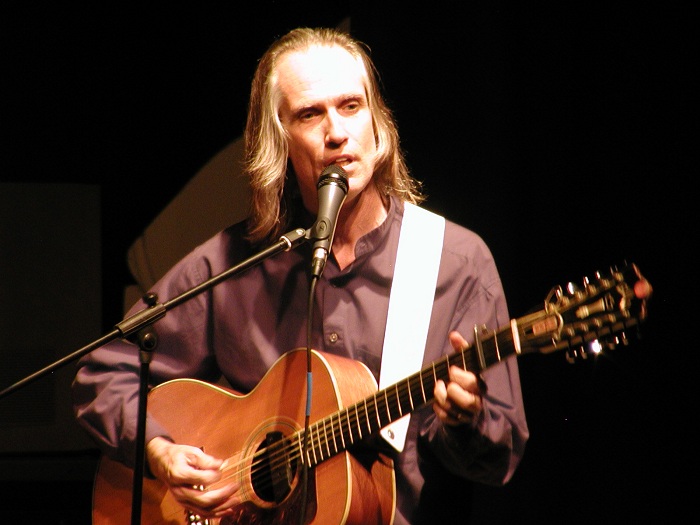 Prior to joining The Byrds, York was a member of The Bees and the Sir Douglas Quintet, and also worked as a session musician for The Mamas & the Papas and Johnny Rivers. Following his dismissal from The Byrds, York again worked with Gene Clark during the mid-1980s, along with Pat Robinson, in the group CRY. York has maintained a lengthy career as a guitarist and bass player and since the 1980s has worked with various artists. John's vocal and instrumental talents have kept him in the company of such musical luminaries as Roger McGuinn, Clarence White, Nicky Hopkins, Dr. John, Lightnin’ Hopkins, Rick Danko & Richard Manuel and  many others. In 1988, he recorded a number of songs with fellow ex-Byrds bass player Skip Battin, and these recordings were issued as the Family Tree album in 2001. York has released three solo albums titled Sacred Path Songs (1991), Claremont Dragon (1998), Arigatou Baby (2006), West Coast Revelation with Kim Fowley, Fanfare For 2 (2012) and has also recorded the albums Clan Mother Songs with Jamie Sams, and Koto with Yukiko Matsuyama. In 2008, York teamed-up with singer-songwriter Barry McGuire for a live tour entitled Trippin' the 60's.

What do you learn about yourself from the Folk Rock culture, what does the blues mean to you?

I learned that I enjoying learning about music that I have never heard before.

The blues is a bittersweet feeling that is in many kinds of music.

The Blues is a musical art that grew out of slavery and the oppression of black people in the US.

How do you describe John York sound and progress, what characterize your music philosophy? Mostly acoustic instruments, natural singing and bringing joy and hope to the listeners.

I have learned from all the musicians I have ever played with, especially the good ones. The best advice is to listen first, then play…respond to the feeling in what you hearing. Don’t copy others, be yourself.

The best moment in my career hasn’t happened yet. I have forgotten the worst moment.

The most interesting period is right now because it takes a long time to really know who you are.

The new technology has changed everything.

The music must be #1 for you or you will fail.

What do you think were the reasons for the Blues and Folk boom at the sixties?

The pop music on the radio was too shallow. As Charles Mingus said, “Real music is created by a people.”

Why did you think that Folk Rock continues to generate such a devoted following?

People like music that reflects how they feel about life and love. I mostly remember how strong the music was when we played for people.

Which memory from Nicky Hopkins, Dr. John, Kim Fowley, Steppenwolf, and The Band makes you smile?

It makes me smile to think that I was lucky enough to play with those people, especially Nicky.

Do you have any amusing tales to tell from The Sir Douglas Quintet, Mamas and Papas, and Lightnin’ Hopkins?

I do, but not without some time, and a bottle of wine, sitting in the sun on the Isle of Rhodes.

From the musical point of view what are the difference and similarity between: Blues, Rock, and Acid Folk?

It all depends on who’s playing. At a certain level, all the categories are meaningless.

I don’t know about the best jam…….but I am really enjoying playing music with Barry McGuire now.

And I love playing with my trio (Billy Darnell on Guitar and Chad Watson on bass.) Some music styles can be fads but the 60s music is always with us. Why do think that is?

We value the way we feel when we hear the music. We give it meaning.

When we talk about Folk Rock, we usually refer to memories and moments of the past. Do you believe in the existence of real Folk Rock nowadays?

I don’t know.  All music is folk music. The rock part would be better if we put the roll back in it.

Less technology and  more humanity in the music works best for me.

Being sincere and learning to listen and pay attention.

I’d like a painting of all 3 of my children smiling at me. 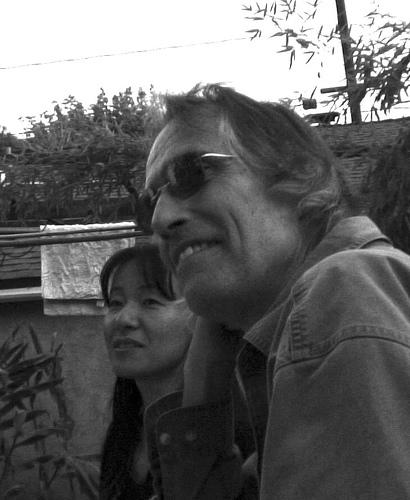 I miss the feeling of being in a popular band.

I like to read, walk in nature with my wife, Sumi.

My musical dream is to keep growing as a musician.

Happiness is living without fear in a perpetual state of gratitude and amazement.