"Blues was the soundtrack for a couple of generations of black Americans. There is a danger of seeking fame and attention rather than being an artist."

Ken Saydak has enjoyed a nearly forty-year career as a musician, writer, vocalist, and producer. His work as a pianist and organist on over fifty albums is well known in the national and international blues scene. His 2005 release It’s My Soul, on Evidence Records follows his two previous CDs on the Delmark label, Love Without Trust and his solo debut Foolish Man. All of his recordings showcase his instantly recognizable vocal and piano styles as well as his insightful and engaging songwriting. 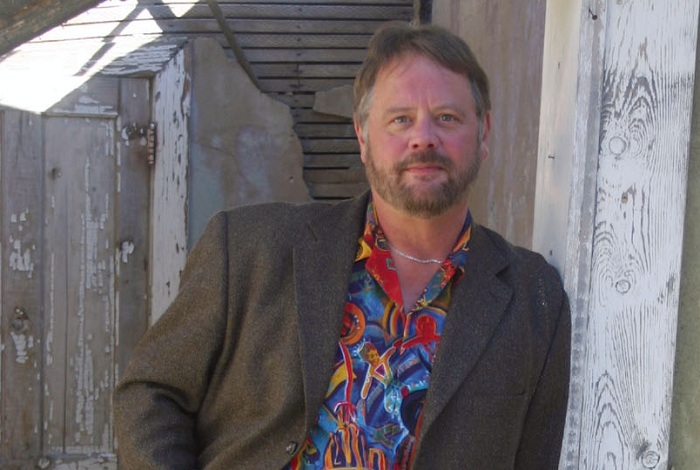 A co-producer of the two Rounder Records CDs with his 1990′s American roots band, Big Shoulders, Big Shoulders and Nickel History, he continued his growth as a producer on both of his own Delmark CDs as well as the label’s critically embraced 2000 release, Learned My Lesson, for Chicago blues singer Zora Young. Following this spell, Saydak became one of the members of the blues rock band, Big Shoulders, who issued two albums (produced by Saydak) before disbanding.

Ken, when was your first desire to become involved in music, what does the BLUES mean to you?

I have been interested in music since I was a very young child. My father was a fan of all kinds of music, and my sister studied piano, so there was always an instrument at home. The blues is a direction I took on the musical path.

What characterize Ken’s music, how do you describe Ken Saydak sound and progress?

My music, that which I write, is a blend of all the sounds that I have heard in my life: The classical compositions which I heard my sister play on the piano, the Big Band and European popular music that my father loved, the pop music that I heard on commercial radio as a youngster, the rock’n’roll and R&B 45s that my older brother and sister brought home in the 50s and 60s, and especially the blues I discovered as a young man. What experiences in your life make you a GOOD musician, producer, and songwriter?

It’s difficult to pick one moment as the best one. I have had some wonderful experiences meeting and playing with great artists whom I admired. Playing European festivals and mingling with people like Dizzy Gillespie, B.B. King, Muddy Waters, Howlin’ Wolf and many others are great memories. Making my first recording with Mighty Joe Young was exciting. Recording and touring with Johnny Winter, whom I had listened to as a teenager, was a high point. The worst? I can think of two bad times in particular. I was a part of a band called Big Shoulders, a roots/blues/rock band in the late 1980s. We were a very good band and were starting to get national attention. We opened a show at a big venue for Ray Charles. After the show, the soundman screamed at me for having had my piano too loud on the stage. I had no idea and I felt very bad. Another time was being on the road with Big Shoulders as the band fell apart during a tour in the western U.S. But I lived through those times to play some more.

Because it is honest, accessible music which anyone can relate to. It is essentially folk music, and it’s flavor is what gave America its unique musical sound. 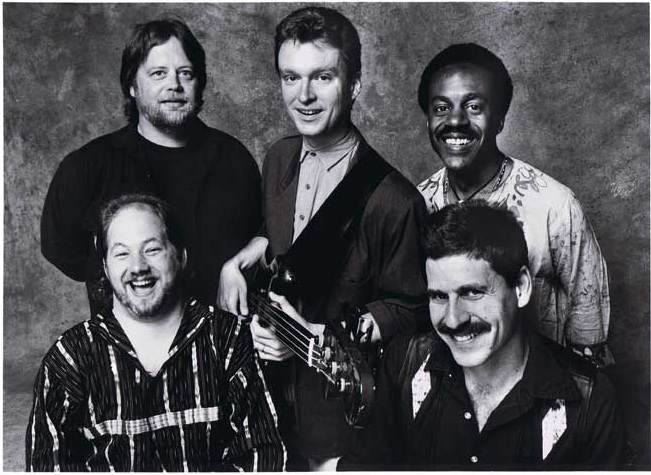 It has changed profoundly. From a few bands and groups to thousands and thousands. From LPs to cassettes to CDs to mp3s. From access to recording for only a few to access for anyone with a computer and a microphone. From a business that could easily protect intellectual property to one that is wide open to theft.

What do you think is the main characteristic of your personality that made you a bluesman?

Perhaps because I can be moody and sad. Perhaps my tendency to root for the underdog.

There are so many. I got to play with the great Howlin’ Wolf Band in a club on the West Side of Chicago, a club owned by Eddie Shaw, Wolf’s bandleader at the time. I got to travel in Europe on my first tour there with Mighty Joe Young, Willie Mabon, Louisiana Red, and a great jazz trio of Illinois Jacquet, Milt Buckner, and the incredible Jo Jones from Count Basie’s Band. It was 1975, and at that time, many of the older European promoters only wanted black musicians on their shows. It sounds racist, I know, but I understand their thinking. The Europeans were appreciative of and generous to many black jazz and blues artists during a time when they were second-class citizens and underpaid and underappreciated in their home in the U.S.A. Anyway, Mighty Joe Young was setting up a European tour for the summer, and the promoters asked him to replace me, as I was the only white musician in the band. Joe refused, he said that I was in his band and he wanted his band to perform as it was. Joe stood up for himself and me at the same time. I never forgot about that. And as a result of making that tour, I established some business connections and friendships that have lasted through the years. I was a young man, having dropped out of Music College to go on the road with real blues bands. My eyes were wide with wonder, I was wet behind the ears, but suddenly I was taking trains all over Europe to perform at some incredible festivals, like the Nice and Cannes festivals. What could possibly be better than that? 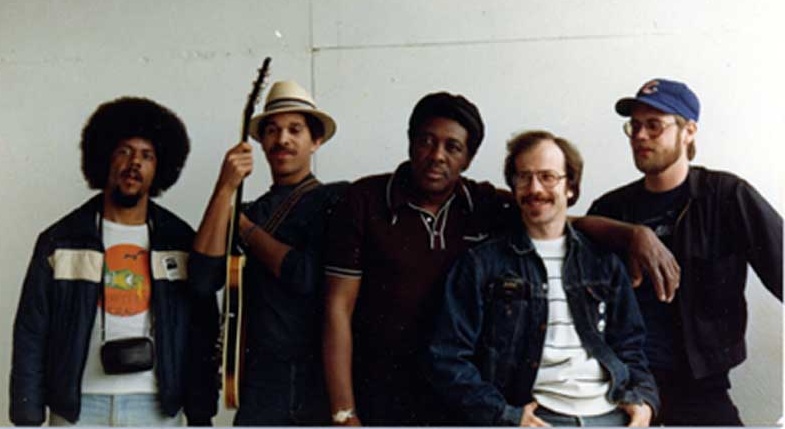 Do you have any amusing tales to tell from studio with all these wonderful session works?

I have hundreds of amusing tales to tell about sessions, but they are all much too colorful and risqué to tell about in this context. Maybe over a drink sometime, off the record. I’m smiling as I think about it.

I never really had a single mentor. What I have learned is an accumulation of all that I have been given by everyone.

Which memory from the road with the blues makes you smile?

What I just said about the studio pretty much applies to the road. Even more. I can smile, but I better not speak.

Would you mind telling me your most vivid memory from Johnny Winter, Mighty Joe, and Lonnie Brooks?

Johnny Winter, easy one. Johnny loved to watch movies on the tour bus. One night, after a gig, we were all feeling pretty good and we were watching Rock Around The Clock with Alan Freed, an early rock’n’roll film. Johnny was making comments all through the film. It was hilarious.

Mighty Joe, I remember the whole band having a big dinner party with homemade seafood gumbo and soul food. Koko Taylor and her husband “Pops” were there, as Koko and Joe were friends. It was a fabulous time that felt so right. Lonnie Brooks, there are so many, but I do recall playing with him on a European tour and in Spain, we played in a bull ring in a town named Zaragoza. Great show, nice tour. 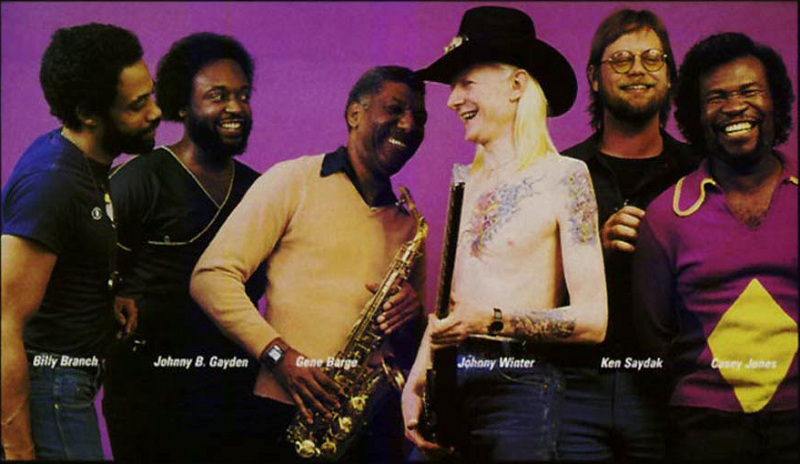 Be persistent, be bold, keep your ears open, keep  your ego out of the way of your career and learn from every musician you meet. We all know something. And play, play, play.

This is an easy question to answer. Once, on a festival with Mighty Joe Young, the band before us was smoking hot and had an incredible pianist. The audience loved them and demanded an encore. We were on next, and I must have looked worried and insecure, because Joe walked up to me and said, “You can’t think or worry about what someone else is playing. You just have to go out there and do what you do.”

You have played with many musicians, it must be hard, but which gigs have been the biggest experiences for you? And why?

I suppose it would be easy to say that huge concerts and big festivals have been the best. Sure, they are fun and exciting, but as far as human experience is concerned, I have always found that performing in front of people in hospitals, schools, and places like that is the most rewarding and inspirational. These people are the most appreciative, the most connected to the heart of what you play. 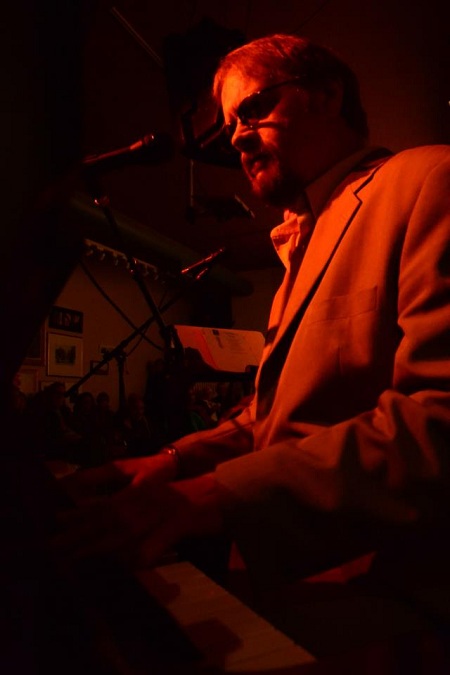 The blues is real, it’s honest, and it has the 1, 4, and 5 chords, which are the building blocks of Western music. Also the rhythm of the music is deeply connected to the human soul. My wish for the blues is that young musicians will listen to the original blues, the acoustic blues from the south and the electric blues of the 40s, 50s, and 60s as the Delta musicians moved to the northern cities for work. That was the music as it was being created, it was the soundtrack for a couple of generations of black Americans. There is a danger of seeking fame and attention rather than being an artist.

In music, I miss the fewer notes played, the slower tempos of even the fast tunes. It seems music has gotten busier and more slick. It’s the influence of the marketplace I think. American Idol could not have existed in the 70s and 80s.

You know, the best jam I ever played in was the last one I did. I played with a great blues band in Denver called the Delta Sonics. It was very organic. I think if you are doing it right, you let go of the past performances and embrace the ones that you are currently doing.

I love to go fishing, I love to cook and grow my own food. My secret dream is that my ship will come in before my pier collapses. Happiness is something that you generate yourself when you get out of your own way. 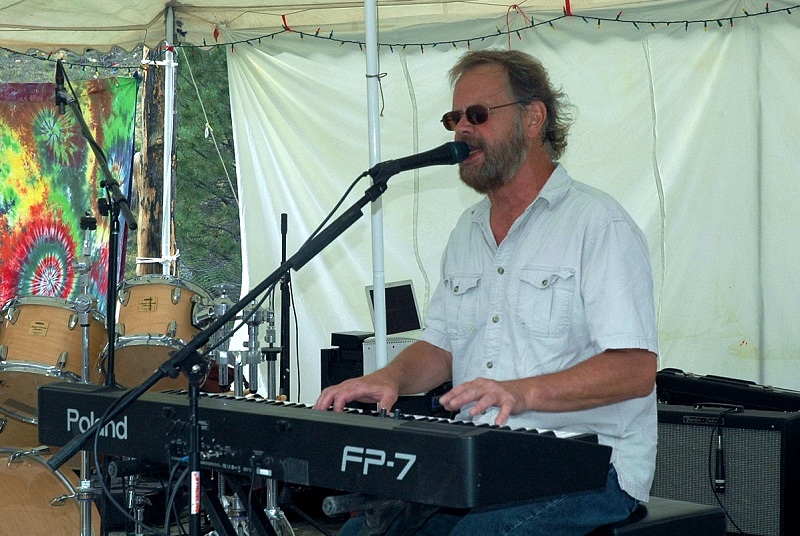