Talking with journalist/author Marc Myers, founder of blog JazzWax, "Why Jazz Happened" in his life

"They all have exposed me to the jazz life—the ups and downs."

Marc Myers is a journalist, author, and historian, and a regular contributor to the Wall Street Journal, where he writes on music and the arts. In 2007 he founded JazzWax, a top-ranked daily jazz blog that won the 2012 Jazz Journalists Association's "Blog of the Year" award. Since JazzWax's launch in August 2007, Myers has conducted more than 300 multi-part interviews with notable jazz, rock and R&B musicians and has posted commentary on rare and contemporary recordings. Myers has been quoted on jazz in USA Today, Travel & Leisure, Jazz Times, the Los Angeles Times, and Salon.com. He has been nominated for awards by the Jazz Journalists Association. 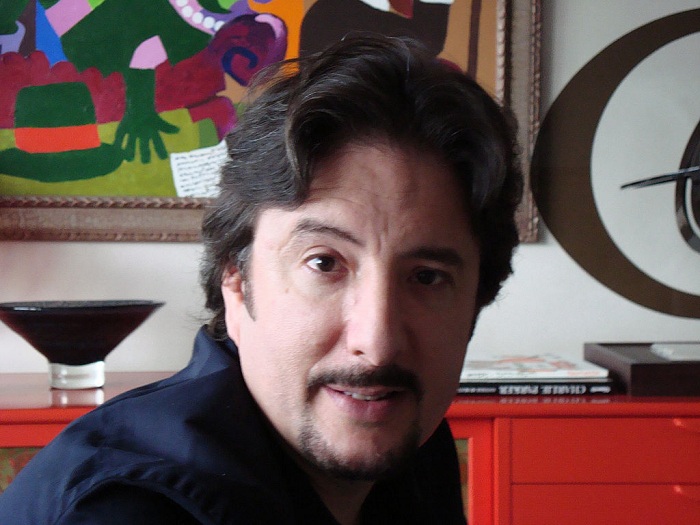 Myers was born and grew up in New York City and Westchester County in N.Y. According to his website, he studied journalism at Northeastern University (undergraduate) and U.S. history at Columbia University (graduate). He began his writing career at The New York Times in the late 1970s as a college intern, joining the newspaper full-time in 1980 in the sports department. Since June 2010, Myers has written regularly on jazz, rock and R&B for The Wall Street Journal and is author of numerous CD liner notes (including albums by Sonny Rollins, Benny Golson, Johnny Mandel, Dinah Washington and Carol Slone). He has interviewed dozens of leading musicians, including Smokey Robinson, Brian Wilson, Bill Wyman, Jackie DeShannon, Donald Fagen, Berry Gordy Jr., Grace Slick, Hal Blaine, B.B. King, Dave Brubeck, Albert Maysles, Fats Domino, Dionne Warwick and many more. In 2001, he founded Marc Myers LLC, a firm that develops content and marketing strategies. Myers new book is “Why Jazz Happened” (2013)

When did you first become involved in jazz—and what does the music mean to you?

My first exposure to jazz was on television. There was an American detective show that started airing in 1967 called Mannix. The theme was a brassy, adventurous waltz by Lalo Schifrin. Each Saturday night, I’d beg my parents to let me stay up and watch—just for the music. Then Billy Taylor came to play at my junior high school in Manhattan in 1968. I was transfixed. After his trio finished playing a series of songs, they handed out free 45-rpm records of I Wish I Knew How It Would Feel to Be Free. And in 1969, Young Holt Unlimited had a big transistor radio hit here with Soulful Strut, which I loved. By then I was 13 and able to buy singles. Two years later I made my first jazz LP purchases—You Talk That Talk (Prestige) with Sonny Stitt and Gene Ammons, and Louisiana Slim (Prestige) by organist Leon Spencer Jr. They are both still among my favorites. Jazz for me was motivating, uplifting music at a time when rock was a druggy downer. It also was a hip, secret club—not many people my age understood or dug it. So it was private with its own language and characters that no one young knew. Your blog, Jazzwax.com, is an interesting concept. Where did you get that idea?

JazzWax started in August 2007. That summer, my dear friend, author, playwright and Wall Street Journal critic Terry Teachout and I used to get together to listen to music four times a year on Saturdays. We started doing this in the late ‘90s. Finally, Terry insisted I start a blog. I told him I was too busy. He said no one was busier than he was (which was and is true) and that I had to—that I knew too much about jazz and needed to share my passion. So two weeks later, I launched JazzWax. To stand out, I committed to posting six days weekly and focusing on the new and old recordings I love. Soon, I began adding the journalistic component—interviews with jazz legends. The blog combined my two areas of training—journalism and history. Today, there are more than 300 interviews up at Jazz Wax.

Which musicians gave you the greatest insights into the jazz? What advice did they give you?

Everyone I’ve interviewed since 2007 has added to my knowledge about the music and its evolution. But developing a fine understanding of jazz—its challenges, its aggression, its ambition and its tender poetry—probably comes from Bill Evans. I spent years playing his transcriptions and listening to him. I also saw him perform several times. For me, Bill Evans alone encompasses every aspect of jazz. As for advice, many of the jazz legends I’ve interviewed have said the same thing: “What you’re doing is incredibly important. Push forward and don’t look back.” 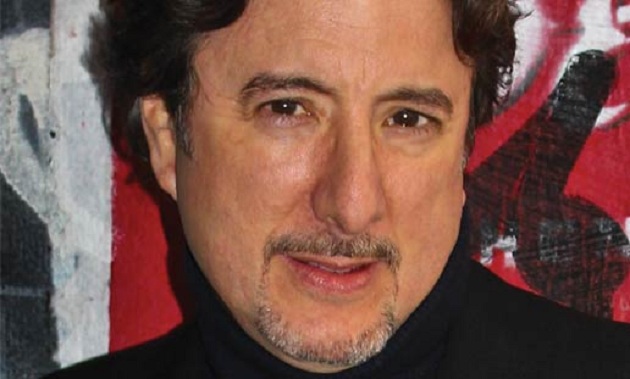 Why do you think that jazz continues to generate such a devoted following?

I think most lovers of jazz share a similar kindness and a similar respect for art. They are able to hear the messages of the jazz artists and the drive to be special and independent. This connection allows us all to belong to the same club. So when James Moody is playing or George Shearing or Count Basie or Stan Kenton—we hear the common language, we want to protect it and champion its virtues. I’ve never met a jazz lover who was content to simply listen and shut up. All of us are constantly trying to show others how beautiful this music is. We are perennially amazed and excited. We all have that in common. We also love the romance and mystique of the music, the shadows, the nocturnal spirit and the style and attitude. It’s an attitude that shapes our own lives and pushes us to improvise in everything we do. In this regard, jazz is our soundtrack and motivator.

You have done interviews with many musicians. Which ones provided you with greatest experiences?

They all have exposed me to the jazz life—the ups and downs. Chris Connor was special because she was a direct link to an era when singers mattered. Hal McKusick was special because he played on so many great recordings and was able to give me insight into how good you had to be back then to earn a living and raise a family. Creed Taylor as a recording pioneer is fascinating from the business-producer side. So each legend offered a different piece of the puzzle. What they all have in common is the same love we have for the music. No one I’ve interviewed ever said that the job of jazz was a bore or they wished they had done something else in life.

How did the idea for your book “Why Jazz Happened” come about? 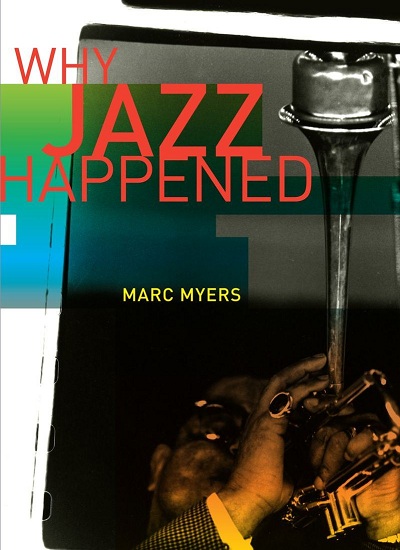 Back in 2009, Nat Hentoff called. He had read a JazzWax post of mine and wanted to rave about it and what I was doing. I was taken aback, as you might imagine. Nat had always been a literary hero of mine. There was love and flair in his writing, and both had amazed me. We began talking regularly, and when I came up with the idea for my book, he loved it and insisted I call his editor at the University of California Press immediately. The idea for the book dates back to my training at Columbia University. When I enrolled in the college’s masters program in 1982, approaching history from the “why” angle—the social angle—was critical. You didn’t look at the Civil War or Reconstruction, for example, as a series of “whats.” What happened is easy to uncover and is often dull and unoriginal. Groundbreaking work was always “why”—what factors allowed for events to take place at precise moments in time and what role did society play in the rise of those events? I simply applied my training as a social-historian to the period of jazz that mattered most to me—1942 to 1972. At Columbia, my thesis was on the first American Federation of Musicians recording ban from 1942 to 1944. So the idea for the book had already been conceived while I was studying in the early ‘80s. The book took my thinking to the next logical conclusion.

What excites you about jazz today? And what do you miss about jazz from the past?

Jazz remains exciting music because, in its best form, it’s energetic and made up on the spot. I marvel at the ability to create art out of thin air—that a musical expression can captivate hearts on the fly. To do this well requires a very special talent that most people don’t have and often under-appreciate. Today’s jazz is most exciting when it incorporates themes from the ‘70s—particularly soul music from the period. I think this is a vastly untapped resource, for some reason. Too much is made of the American Songbook, which I find increasingly dull. The problem is all great jazz expressions on these songs have already been done. Who is going to top Charlie Parker on April in Paris? Fortunately, a growing number of jazz artists are taking the ‘70s more seriously. What I miss most today is the environment that used to encourage jazz artists and gave them hope that their music would someday succeed in exciting larger audiences and earn them more money. Back in the 50s, jazz artists were revered and respected. People may not have fully understood jazz then, but musicians like Louis Armstrong, Miles Davis, Dizzy Gillespie, Duke Ellington, Sonny Rollins and so many others were revered. They were big artists. That status seems to be lost today. Today, jazz is viewed as sad music or old-fashioned music by teens. For some reason, jazz no longer is considered exceptional. It’s viewed as a typewriter—something quirky and woefully out of date.  Jazz needs better public relations, that’s for sure.

Are jazz musicians making business mistakes today—and what advice would you offer? 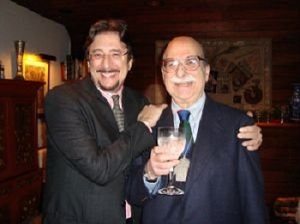 I don’t think jazz artists today do a very good job of connecting with the media and taking advantage of their digital opportunities. It’s not enough to play music well today. You also have to be a warm, cogent communicator. You have to reach out and make friends with those who can champion what you do. It’s no longer acceptable to play it cool—to just do your thing and assume the world will beat a path to your door. The digital world means there are dozens of highly influential writers online who make choices about what to write about. This doesn’t mean that if you’re a lousy jazz musician, making friends with the media will help you. But I’m constantly amazed at how many opportunities are squandered by most jazz musicians who don’t seem to be able to converse and establish a dialogue with those who can help them. What’s worse, it’s all free. It doesn’t require the musician to invest anything more than time reading the writers and exchanging ideas with them. Throughout the history of jazz, writers mattered—Barry Ulanov, Nat Hentoff, Leonard Feather, Ira Gitler, Whitney Balliett and on and on. The media is important because they tell jazz’s story and convince those who don’t care that jazz matters. Sadly, most jazz musicians don’t seem to get that, for whatever reason.  (Photo: Marc and Ira Gitler in 2008) 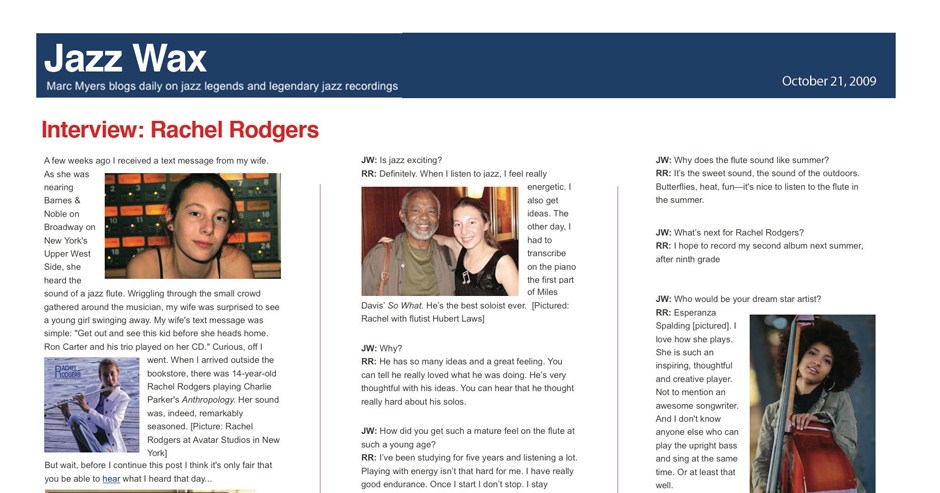